Pringles and Super Cup have recently released instant noodles which taste like potato chips, available in most NTUC FairPrice outlets. If you can’t get enough of these weird food combinations, what about Instant Noodles Pringles Chips (S$1.60 per 53g can)? 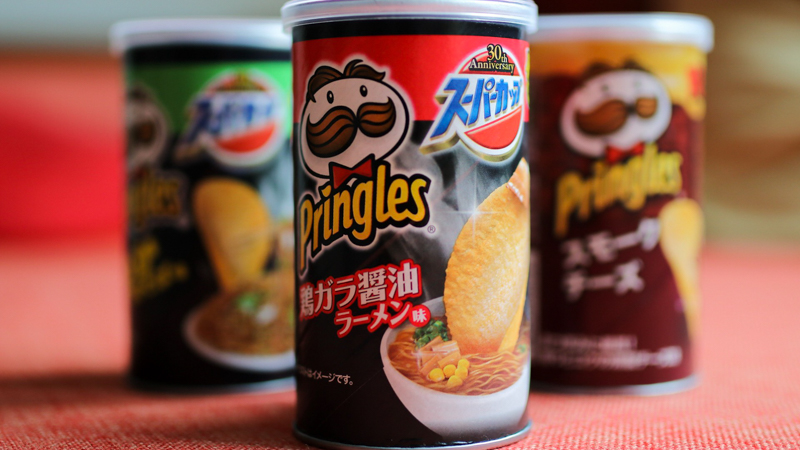 I started this taste test with the Soy Chicken chips, which were well-seasoned with soy sauce. Since I like my chips to be heavily seasoned, this caught my interest initially. However, I felt that the chips were missing the familiar chicken seasoning, which made me slightly disappointed. Instead, the chips simply tasted overwhelmingly salty from the soy sauce seasoning. 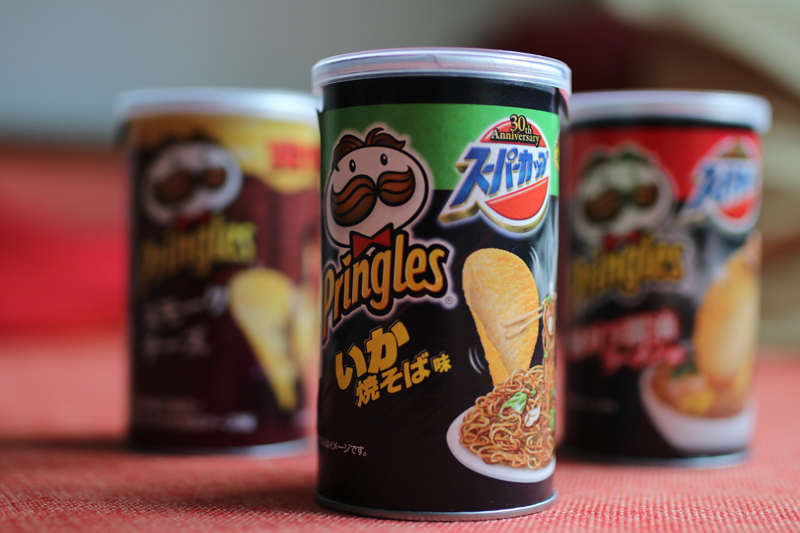 Hoping for something with more flavour, I tried the Squid Sauce chips but it was under-seasoned as well. Although it had a hint of smokiness, the chips didn’t taste like squid at all. 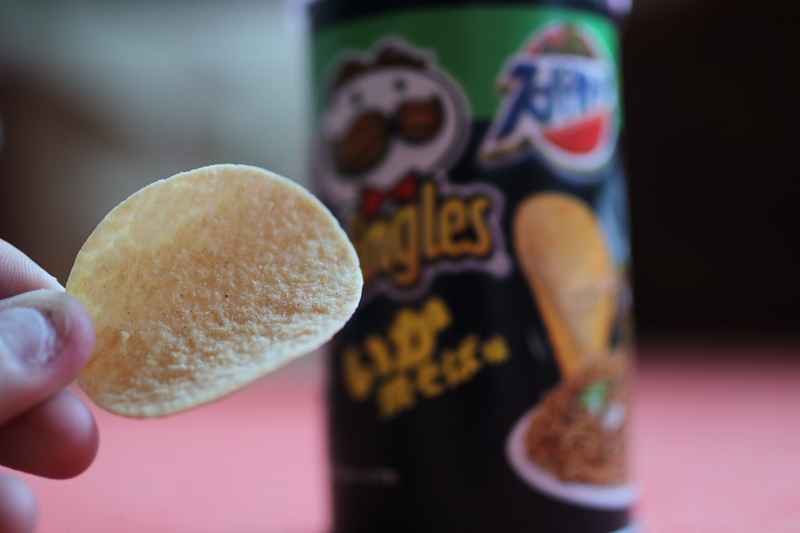 Sadly, the chips tasted merely like any other barbecue-flavoured potato chips, with a slightly sweeter finish. 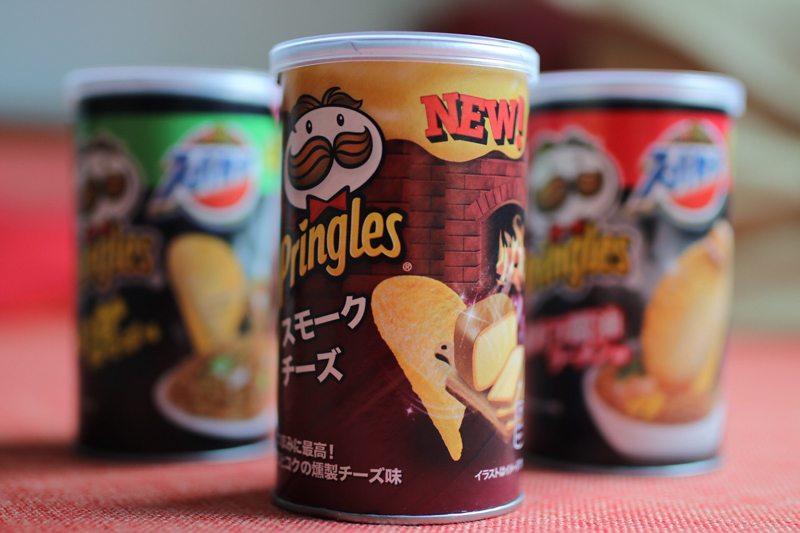 After the disappointment from the Soy Chicken and Squid Sauce chips, I didn’t have high hopes for the Smoked Cheese chips.

The cheesy chips looked slightly more yellow, which could be from the generous amounts of seasoning. 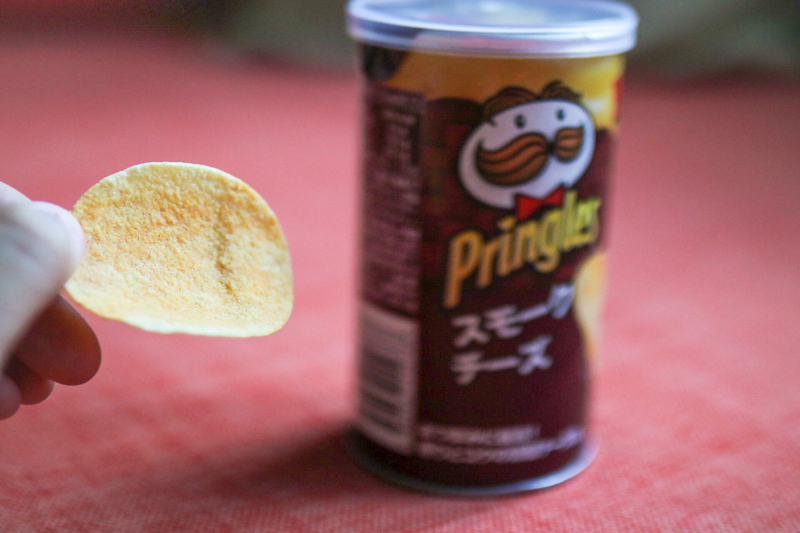 Aside from the smoky cheese flavour, the chips had a tinge of spiciness to it as well. Cheese fans, you’ll be happy to note that the chips have a strong and full cheesy flavour.

After trying all three of the new chip flavours, I would only recommend the Smoked Cheese Pringles chips. Well-seasoned and cheesy, it actually tasted as it was advertised.