Cafes are well-adored by many for their interior aesthetics and quality of food. Yet, the undeniable competition amongst the growing numbers makes the cafe scene a battlefield.

We’ve had our fair share of Australian-inspired cafes here in Singapore and while it’s a definite hit for brunch enthusiasts, it’s just getting a tad boring with the same old dishes. 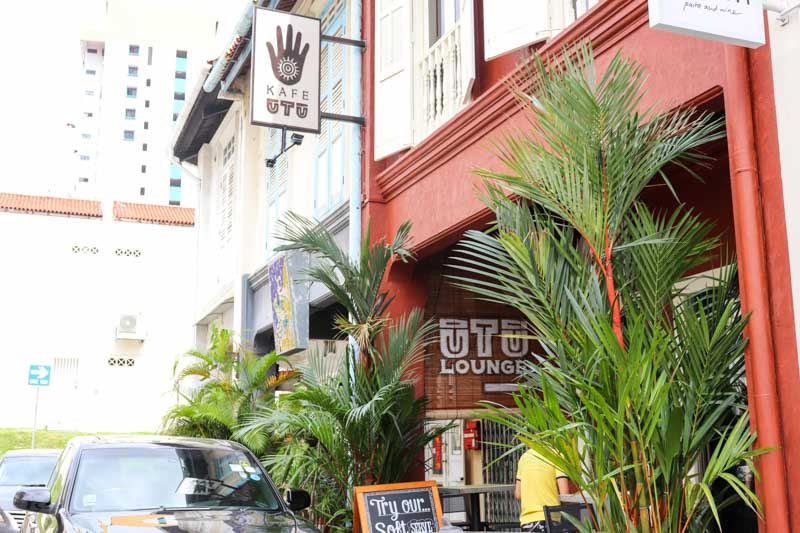 I spend most of my time online and perhaps my interests in new cafe openings got picked up by internet algorithms, which led me to discover Kafe UTU. Just a short five-minute walk from Outram Park MRT, its location is rather hidden so blink and you might just miss it.

The fresh face takes on a special concept as a cafe by day and bar by night. The establishment adopted a Kenyan theme for its interior and food, which was the first of its kind I’ve seen in Singapore. 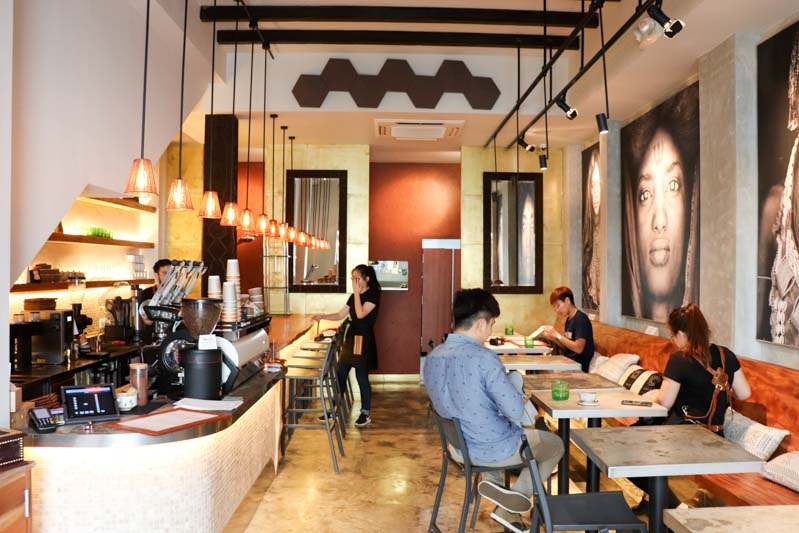 Decked in African mahogany furniture, it exuded a warm and cosy atmosphere which nestles you right at home. Monochrome portraits of African women were plastered on the walls of the first-floor which manifested a bold presence.

Owner Kurt Wagner is quite the traveller himself. Born in Canada and raised in Kenya, the avid food connoisseur owns a chain of restaurants back in his hometown. He also spent 26 years in Japan, where he drew inspiration from the distinguished coffee culture to open a cafe.

Majority of their goods were imported from Kenya, such as tableware, coffee beans and spices. Kafe UTU serves up African-inspired coffee and as a caffeine addict myself, I couldn’t pass on seeing it through a taste test. 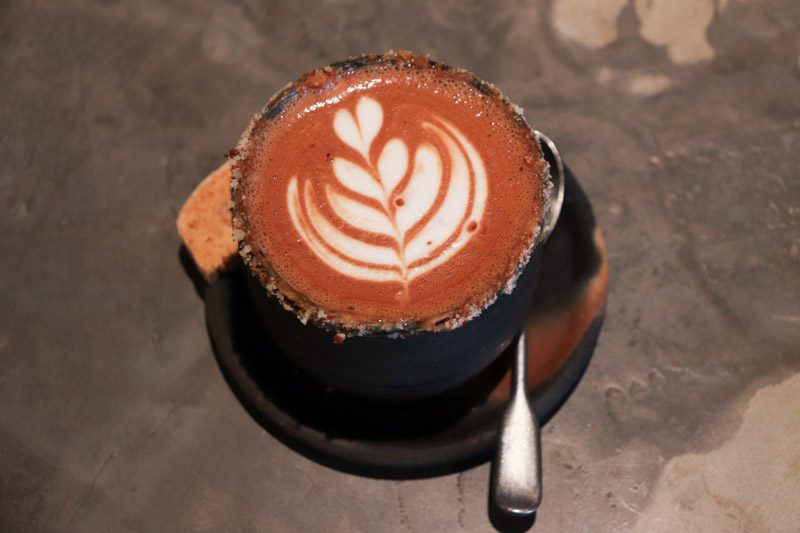 I started with Kafe UTU’s house speciality: Bidi Bado (Abracadabra) (S$7). The Utu-style mocha looked meek and unassuming but I was promised by our host a taste unlike any other.

Bidi Bado is made up of Australian Mork Chocolate, Hokkaido milk, House Blend Ubuntu coffee and coated with toasted almonds, natural peanut butter and pink peppercorns around the rim of the cup.

It held a prominent bitterness from the cocoa which masked any subtle sweetness. With weak strength, it swayed towards a sub-version of any regular hot chocolate. I personally preferred coffee with strong and bitter characters so this was both a hit and miss for me. 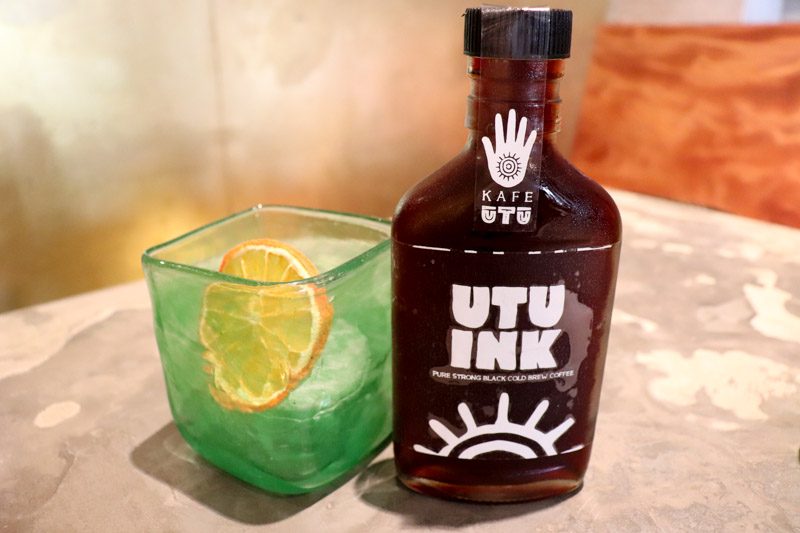 UTU Ink (S$6) uses the Ubuntu coffee house blend and is served in a classy bottled flask. I was doubtful how this version could stand out from others because let’s be real – how different could black coffee taste?

The first sip left me reeling into another dimension as I couldn’t quite comprehend the unique taste. Hit by the initial acidity, it slowly unfolded into a subtle sweetness which was exquisite.

Would I come back for this? For both dine-in or to-go, yes. 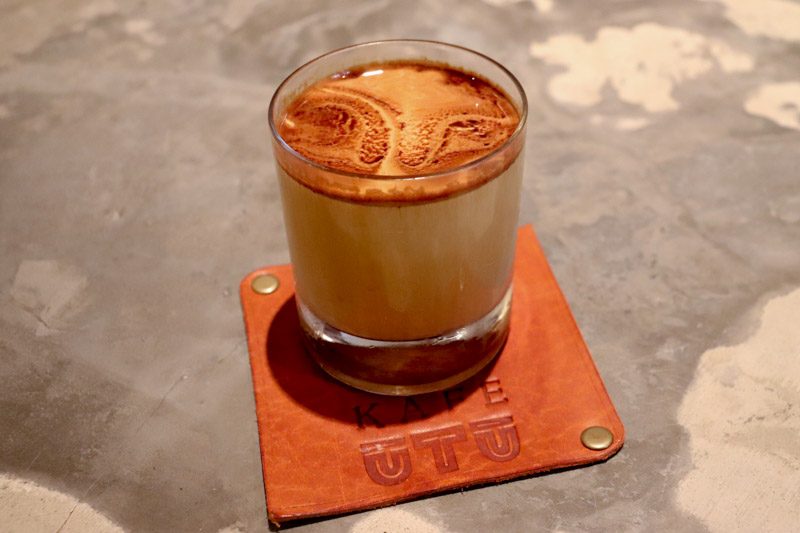 A classic favourite was the Ibada “Ritual” (S$6), named after Kurt’s imperative need to have this concoction on a daily basis, until it became a ritual himself.

Consisting of four ristretto shots and chilled Hokkaido milk, this is the ultimate wake-me-up caffeine fix to cure those Monday blues. 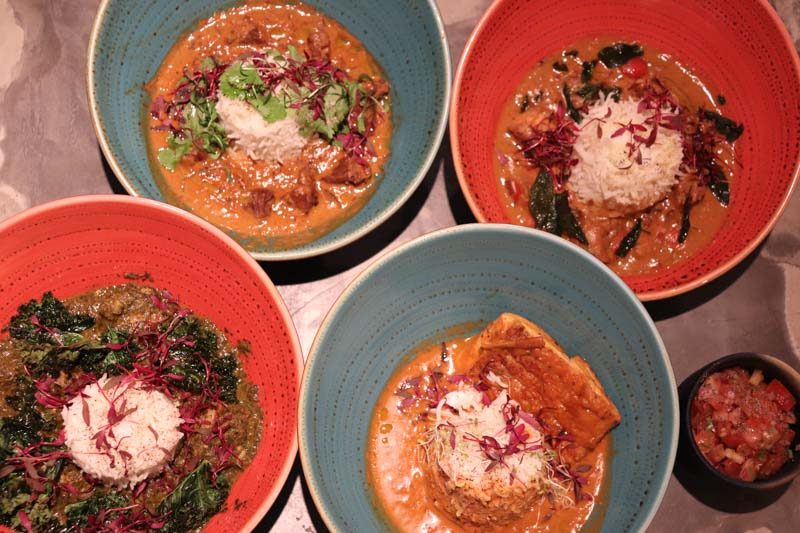 After that divine streak of coffee, I continued this adventure with some signature curries. It was a first for me and I wondered how African-style curries would differ from the ones I was more familiar with. Starting with the Caribbean Goat Curry (S$28), our first main of the meal looked too pretty to eat. Encompassed in a handmade dark cyan ceramic bowl, the vibrant orange from the curry nestled around white coconut Basmati rice and was topped with a medley of greens. 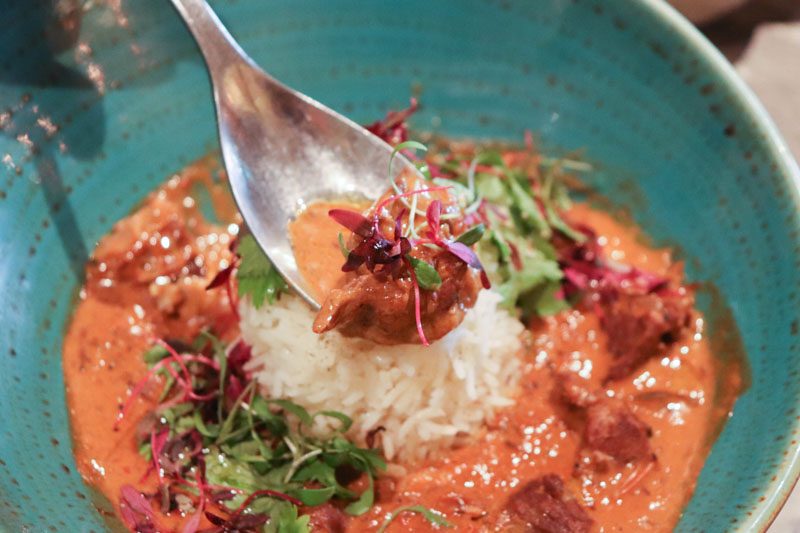 The consistency of the meat strayed away from the stereotypical gamey texture which was pleasant. The richness of the curry was reminiscent of Peranakan curry, which was heavy on coconut milk yet not too jelak (surfeiting).

Yet for its price, I didn’t think it was worth it. Don’t get me wrong, it was a fabulous dish that showcased its Swahili food culture but I would settle for hawker options in a heartbeat. 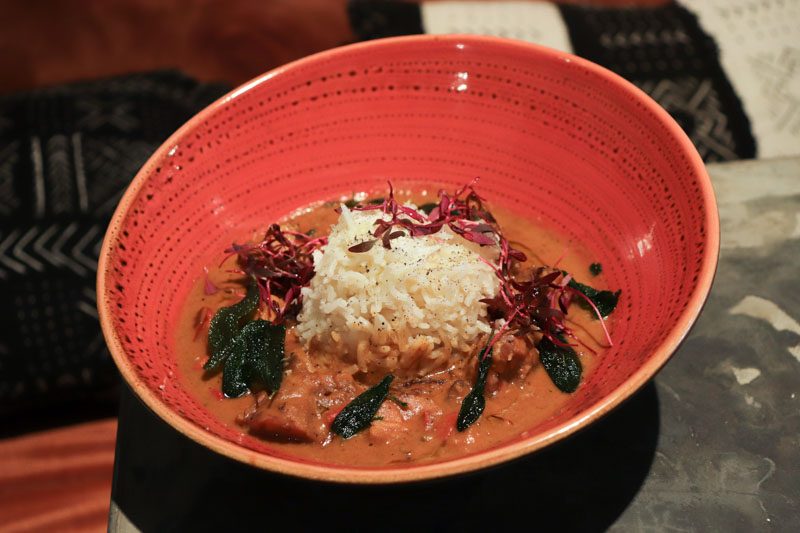 First up, the Liberian Peanut Chicken Stew (S$28). The quirky dish was just a take on curry with an African twist, featuring a special ingredient: peanut butter. 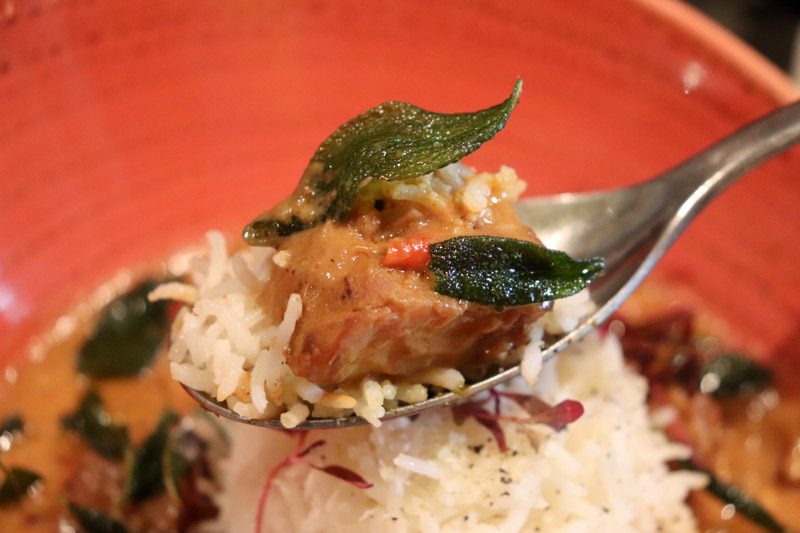 I couldn’t quite comprehend what I was tasting from the sweetness of the peanut butter together with the heat of the habanero pepper plus the curry leaves. The chicken wasn’t as tender as I expected which left me feeling rather disappointed.

Hear me out as I dance in the grey area. Kafe UTU’s story stems from a passion to showcase an idea that tugs on heartstrings, but perhaps I lack the palate and experience to appreciate Swahili food. 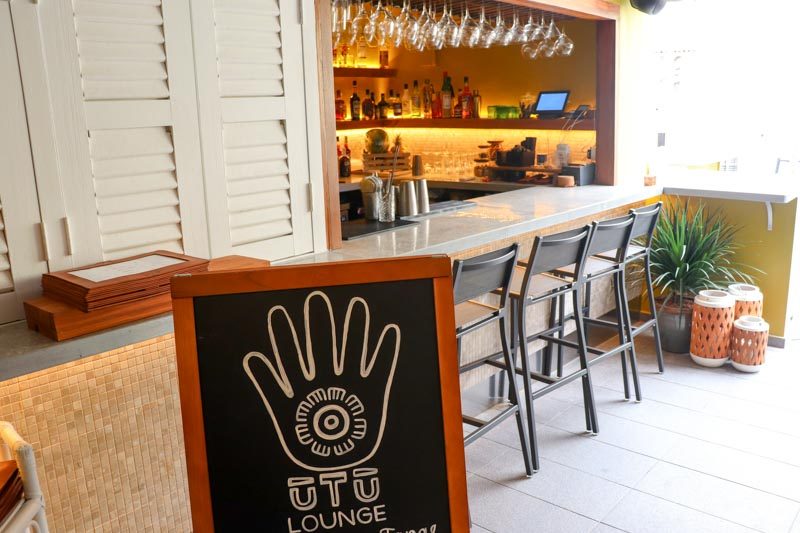 After our meal, we headed upstairs to the UTU Lounge. The space would open in the evening and showcase a different menu featuring cocktails, desserts and bar bites. 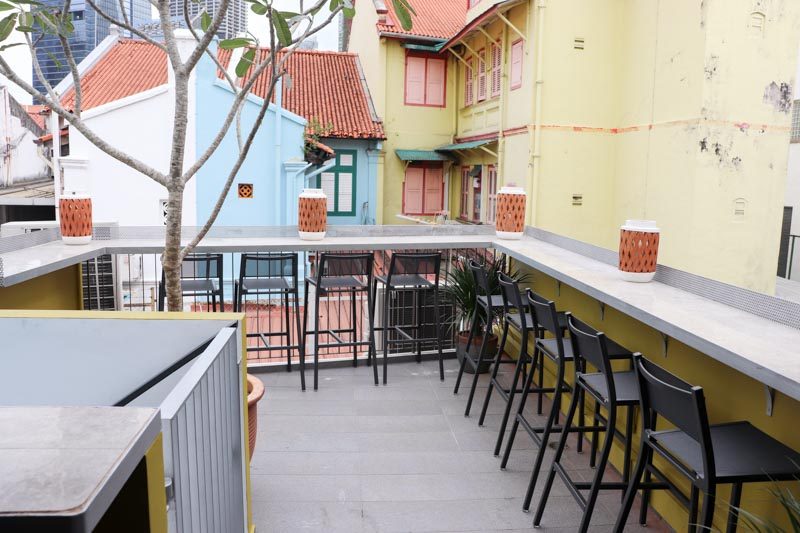 We were greeted with cooling winds which made up for Singapore’s temperamental heat and the quaint deck was refreshing to be at. Thankfully, there wasn’t anyone to fight for space with while we were there but as news gets out, this spot might get a little too close for comfort. A dessert cheekily named “Nakupenda” (I Love You) (S$8) was one I ordered solely because of its name. The Mandazi ice-cream sandwich had a scoop of coffee ice-cream lay atop a fried dough bun.

I quite enjoyed this combination of hot on cold and the house-made ice-cream was creamy and decadent. The bun tasted close to any regular donut on its own but altogether, it made a pretty devilish dessert. 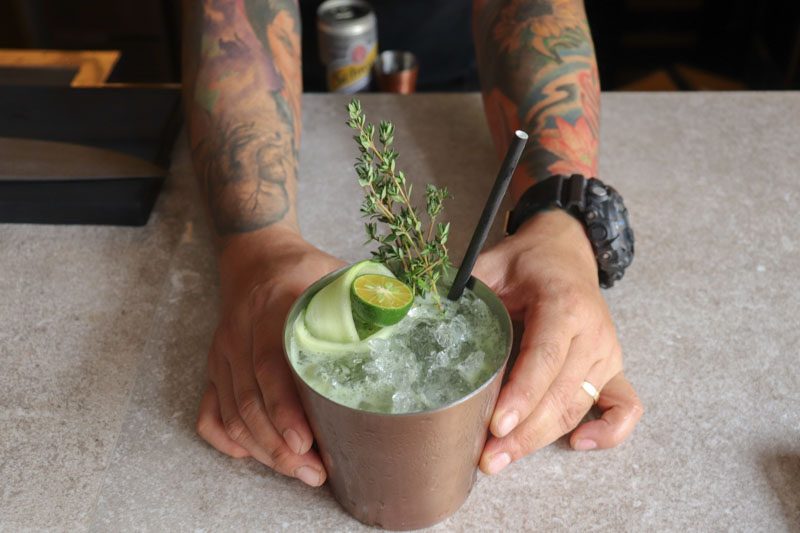 What’s a bar without some alcoholic drinks? The Calamansi & Cucumber Mojito (S$18) came in a silver bucket-like cup and consisted of white rum, calamansi, cucumber, mint leave and a splash of water.

While it was a beautiful mix altogether and faultless in its tangy mojito groove, it wasn’t much to scream about. But I must say, its visual aesthetic would have me ordering one just for the ‘gram. 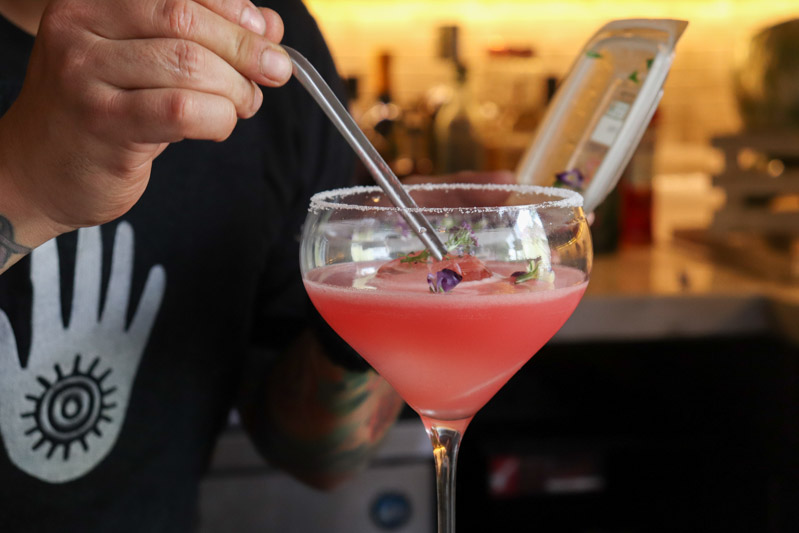 And of course, we were treated to a show by Chris, former bartender of Jimmy Monkey. I can only imagine how spectacular it’ll be in the evening with some drinking buddies! 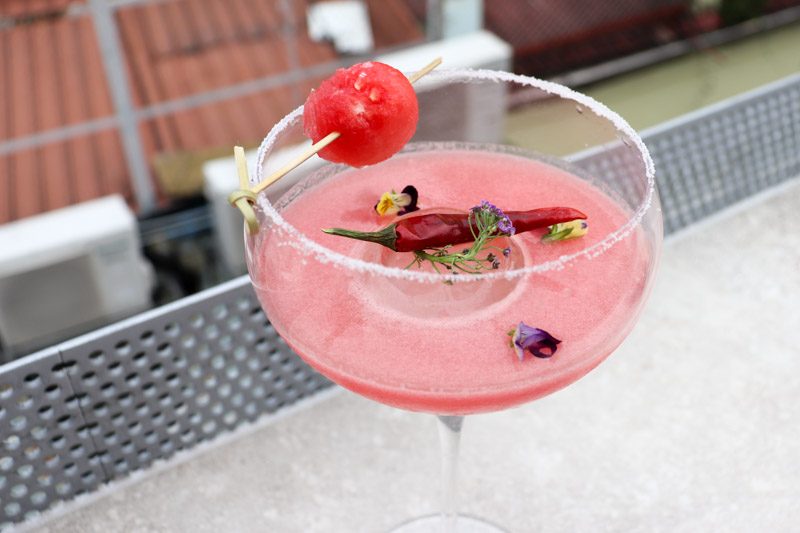 All pretty in pink, Malaika (S$16) was my favourite of the lot. It was a mix of fresh watermelon, fresh lemon juice, soda water, vodka and chilli padi.

With a rejuvenating burst of acidity and sweetness, this soon became my kryptonite. Every sip garnered me to go back for more and in a matter of minutes – gone. Plus, that added kick of heat from the chilli just wraps the intensity all together to produce a classic ladies drink. 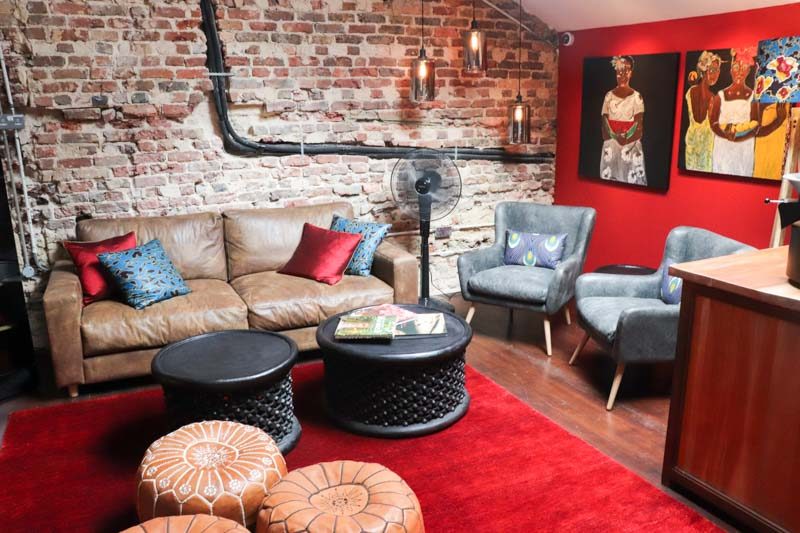 Lastly, their secret attic on the third floor makes a cheeky hideout for a few friends to hang over some drinks. One thing’s for sure is that Kafe UTU certainly nailed it when we’re talking interior design, thematic concepts and aesthetics.

At its given price and quality, I’d easily find myself back here to indulge in their coffee, desserts and cocktails. But for its mains, I’d probably give Kafe UTU a miss.

Whether you’re looking for a chill spot with charming aesthetics, premium coffee or even a rooftop bar, Kafe UTU checks them off your list for you.