I’ve always been a pastries kind of guy. So when I discovered that a famous Taiwanese bakery was coming to town, I knew that this review had my name written all over it.

Going by the different name of Nichifu in Taiwan, Kazo recently opened its first store in ChinaTown Point in early January 2018. The bakery, that’s famous for its cream puffs, upholds a policy of having every ingredient flown in from Taiwan on a regular basis to ensure consistency across all the outlets. Kazo’s co-owner, Keyenne, also added that a thorough taste test is carried out every morning to identify any abnormalities in the ingredients.

It was fascinating and eye-opening to realise how much work goes on behind-the-scenes to create a single cream puff, and I couldn’t wait to dig into the end product. The Golden Lava Polo ($3) had a crumbly exterior of a polo bun and insides layered like a croissant, with a salted egg filling. I was loving the fusion idea, and we all know how much Singaporeans are into anything salted egg-related. Regrettably, I made the rookie mistake of biting deep and hard into it, causing the filing to drip all over my new shirt. Just look at how it oozes out!

I didn’t expect the bun to be so fully filled, nor with custard that was so light and airy. There was a distinct taste of salted egg yolk but it wasn’t too strong to overwhelm.

The custard had a mellow salty buttery taste which complemented the sweeter exterior. Being a self-declared pastries expert, I approve! 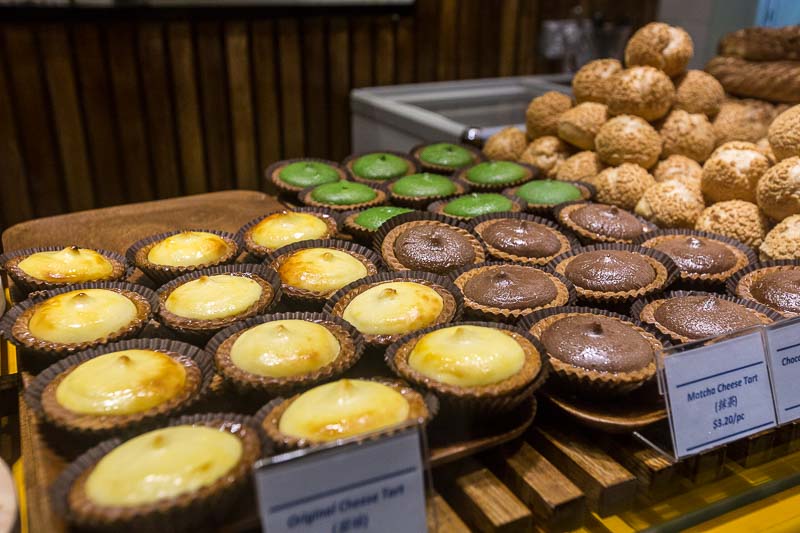 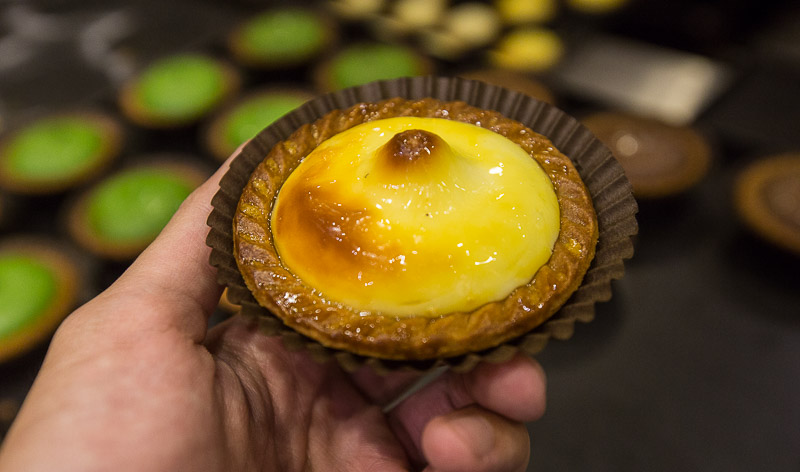 The Cheese Tart had an attractive glazed layer that made it look almost too good to eat. The cheese mousse’s consistency was firm like a slightly, more solid custard, and it tasted mildly sour and milky with a strong cheesy taste.

The Chocolate Cheese Tart was similarly creamy and had a milky chocolate taste that wasn’t too overwhelming. The pièce de résistance, however, was the Matcha Cheese Tart. It had a pronounced matcha flavour and a lingering bittersweet aftertaste; I’d devour a dozen if I could. Prominently displayed on the pastry table with its very own spotlight, the long Kazu Kazu ($3.50) was practically begging to be tasted. This pastry also comes in the same three flavours. Since we tried all the tarts, we opted to just sample a Kazu Kazu with Hokkaido Cream filling. I liked how the exterior had patches of almond crust, which gave each bite an extra crunch. I was told that to prevent the pastry turning soggy from the filling, the husk is filled only upon order, leaving the exterior as crisp as possible.

The Hokkaido Cream was pleasantly light and airy as the batter had been painstakingly whipped to allow as much air as possible to enter the mixture. Looking like a caramelised meteorite, this Hokkaido Cream Puff ($3) was the pastry I liked the most. It really featured Kazo‘s unique fusion of Danish and Japanese baking styles. 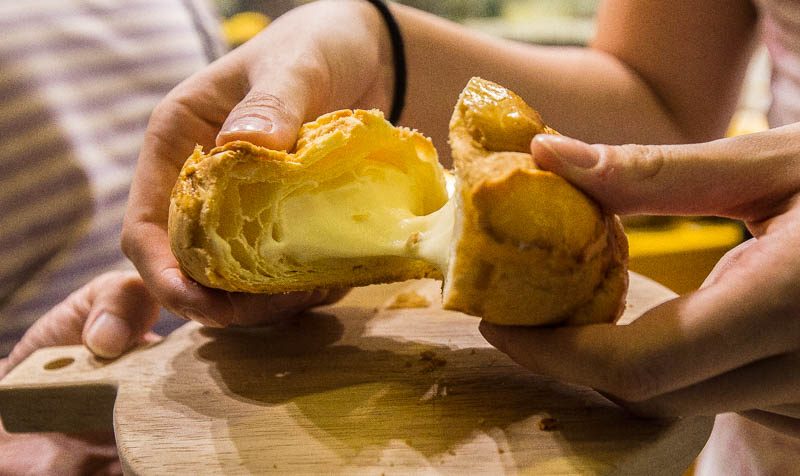 I was told that Kazo’s products strive for balance, with flavours that complement instead of overwhelm each other. With Hokkaido Cream at its core, I bit through the crumbly exterior and the croissant layers of this pastry and found the flavours of each bite in perfect harmony. 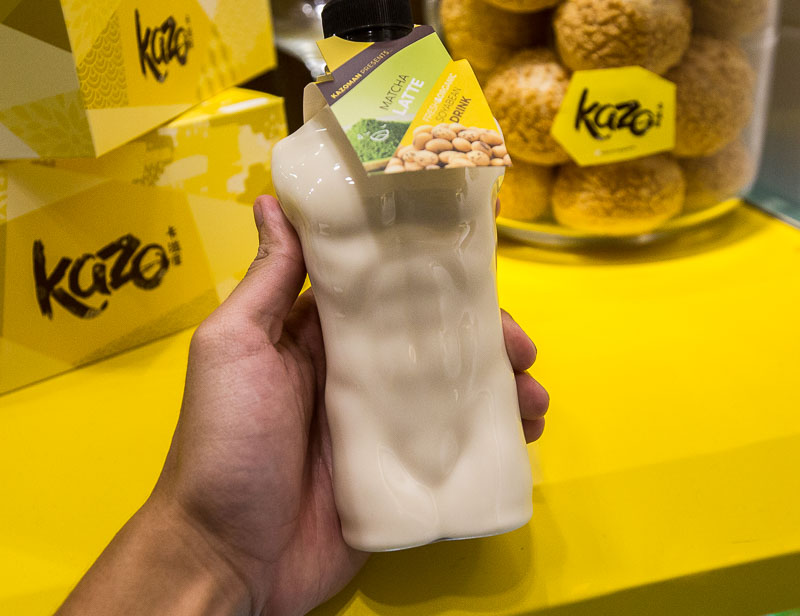 Before I left, a peculiarly-shaped item caught my eye. This “muscular” bottle of Soy Milk ($2.80) was supposedly packed with protein. Abstaining from preservatives, this organic soy milk has a shelf life of only one day.

It tasted refreshingly unfiltered, with a slightly grainy texture and a rich soy taste. You can actually tell that there isn’t any artificial flavouring added to it. Grab this to try on your way out!

It became pretty apparent why Kazo (or rather Nichifu) is so popular in Taiwan – the pastries sold are definitely worth the hype. The process that these delectable snacks go through is fastidious and yet so worthwhile.

Though a tad pricier than your average bakery shop, it’s really worth its weight in gold or at least, custard gold. If you’re curious to find out what good cream puffs taste like, give Kazo a shot.