As the 4th generation of chefs from the Horta district of Barcelona where his family had owned Taberna d’en Gaig since 1869, you can be sure that you will be in for a decadent treat right at La Ventana. 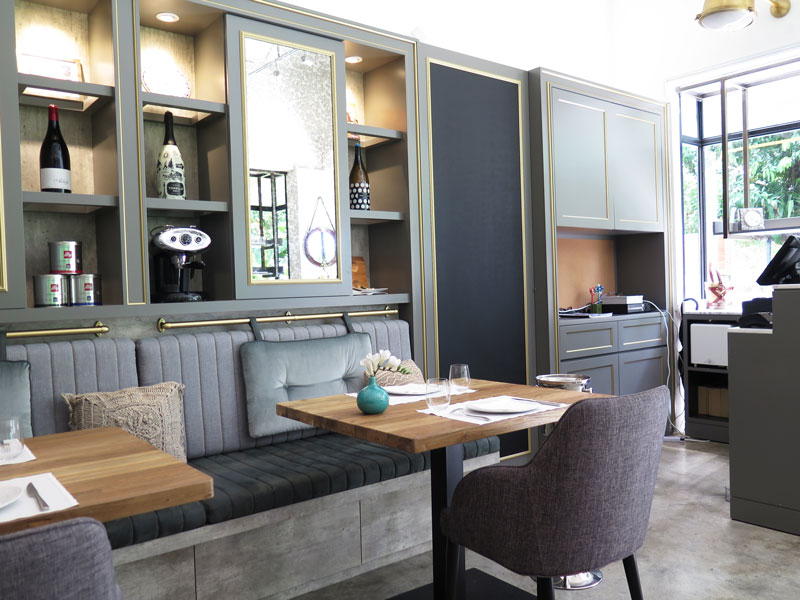 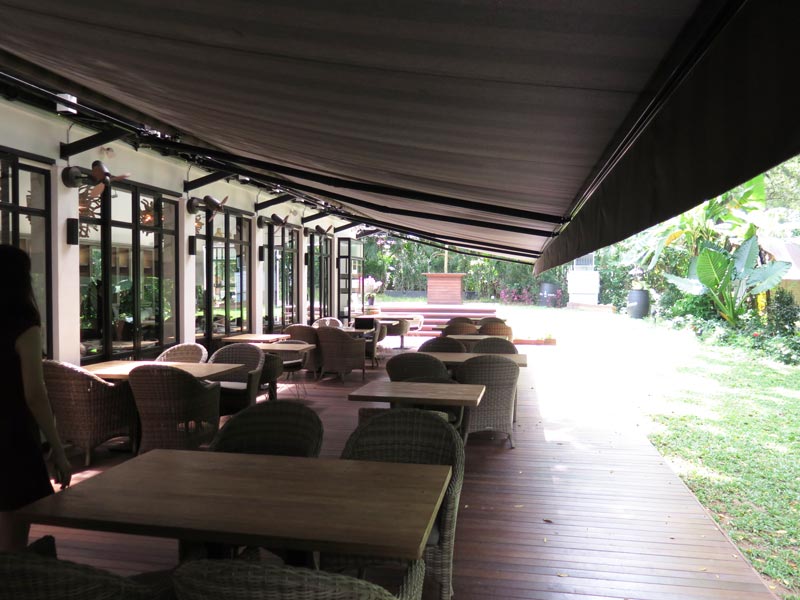 While outdoors dining can get unbearably hot in the afternoons with Singapore’s typical, tropical weather, I believe that diners will be delighted with the spectacular ambience in the open at La Ventana once night falls. 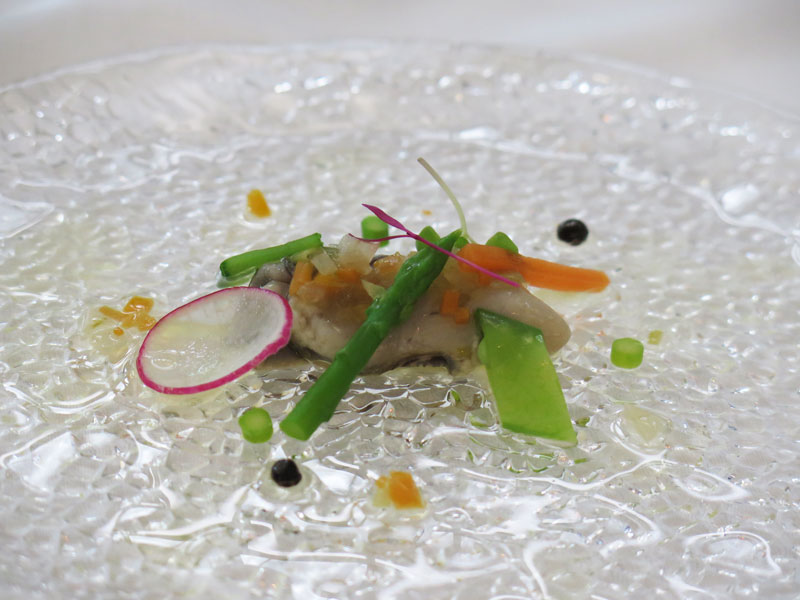 Oyster “Escabanche” (2 for $18) – mild-pickled Gillardeau oysters with baby vegetables and herbs. The oyster gave me a taste of the ocean and it was exceedingly fresh; it literally just slid down my throat.

There was a nice contrast between the suppleness of the meat with the crunchiness of the baby vegetables which it was plated with: this was an excellent dish which whetted my appetite for more of what was to come our way. Here’s a tip: eat this all in one mouthful for an orgasmic experience. 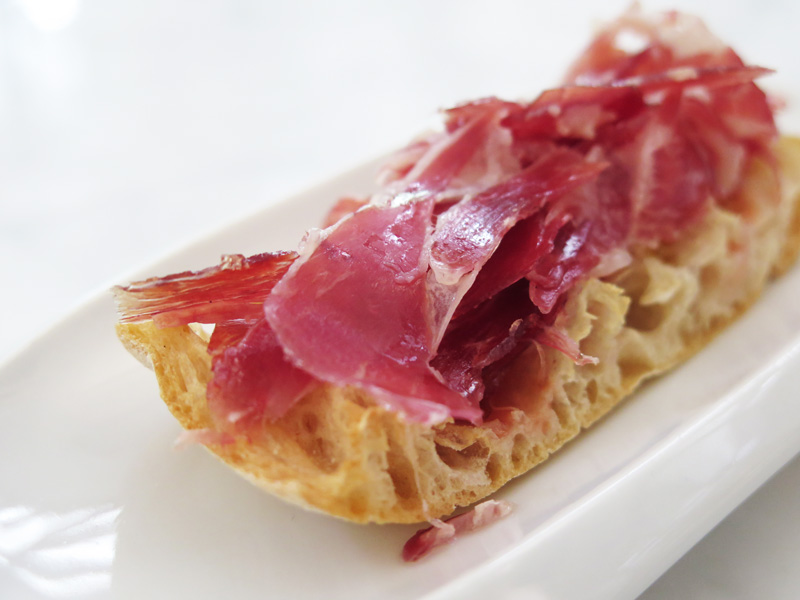 Jamon Iberico “de Bellota” ($26 for 5) – 100% acorn fed Iberico ham on Catalan crystal bread with tomato. How do I even begin to describe this?

I guess I’ll start with the Iberico ham – it has an excellent distribution of fats to lean meat and it veers toward the salty side. It’s like a match made in heaven when the salinity of the ham meets the subtle sweetness of the tomatoes. Pair that with a perfectly toasted Catalan crystal bread? I could wolf down 5 of these, easily. Lobster “Coca” ($19.80) – fresh lobster mea on fine puff pastry with eggplant puree and roasted capsicums. Those were some really fresh, sweet lobster meat which had a nice bite to them.

The entire dish also incorporated several variations of textures to intrigue the tongue: the crumbliness of the pastry, the mushiness of eggplant puree and capsicums, the firmness of the lobster meat and finally, the satisfying crunch of the vegetables at the very end. Mmm, delicious.

Besides, my whole experience of this dish was elevated by the fact that I had regular puffs from a neighbourhood bakery just the day before so, huge difference, eh! 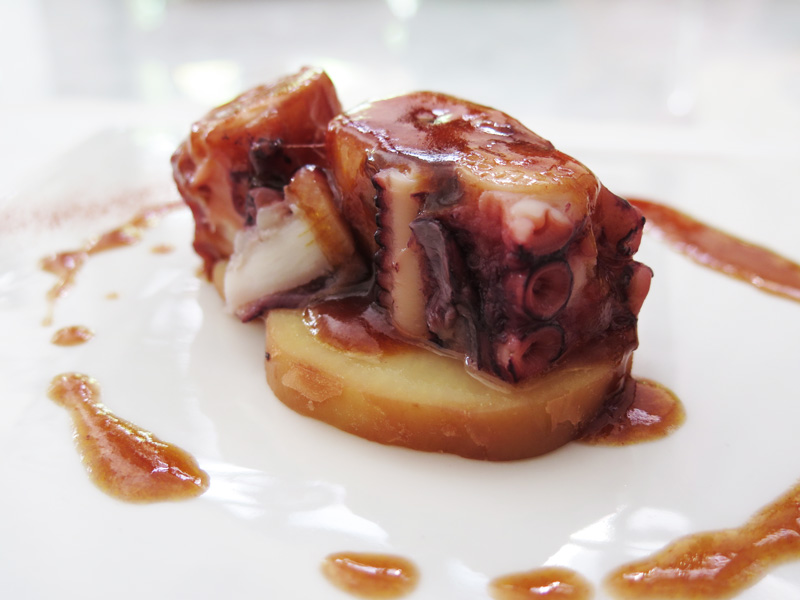 Roasted Octopus ($38) – slow roasted octopus with infused potatoes and Spanish smoked paprika. If you think that all octopus have the same texture of being springy or even worse, rubbery (that’s overcooked, by the way), then your mouth will be in for quite an interesting experience here.

Due to the fact that these morsels of octopus have been slow roasted to perfection, you’ll find that your teeth will simply sink into the depths of the flesh once you chow down.

On its own, the octopus was a little ‘siap siap’ for my liking but this was counterbalanced by the slight saccharine taste of the starchiness of the potatoes. “Canelon” since 1869 ($12) – traditional cannelloni stuffed with foie gras, beef, pork and truffle cream. This is a dish which has withstood the test of time: it was first featured in 1869, in the family’s very first restaurant in 1869.

This must have been the most indulgent dish to ever exist. Or at least, the most I have ever eaten. The tenderness of the filling paired with the smoothness of the luxurious, decadent truffle cream? Your diet can definitely wait till tomorrow, my dear. 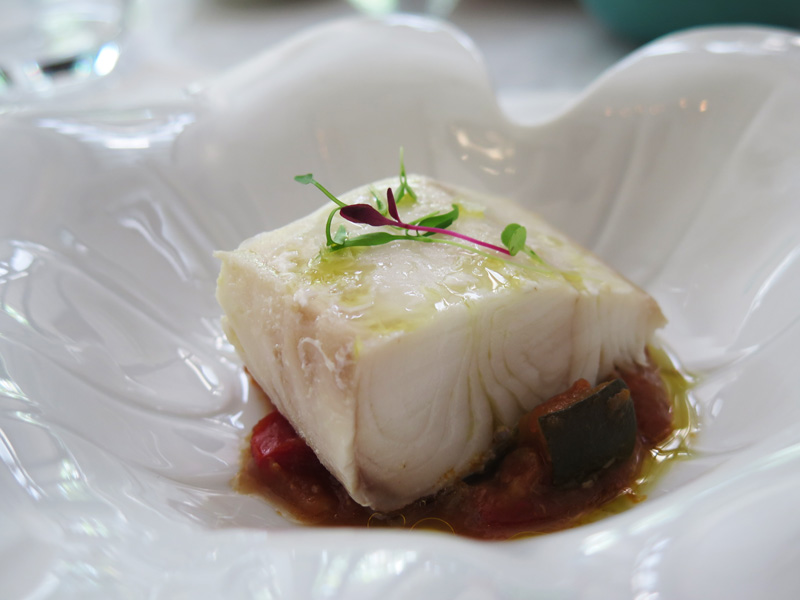 Black Cod and “Samfaina” ($38) – slow cooked black cod with Catalan style vegetable ragout. This was the best piece of cod I have ever eaten in Singapore. Slow cooked to perfection, the meat of the black cod was glistening in the light with its own juices: fishy goodness through and through.

No wonder there’s the cliche: good things take time. Indeed, they do, Anyhow, I didn’t enjoy the vegetable ragout much – I think it’s just something the typical Singaporean palette needs to get used to.

With or without the overly tangy vegetable ragout though, the slow cooked cod is something to marvel at. 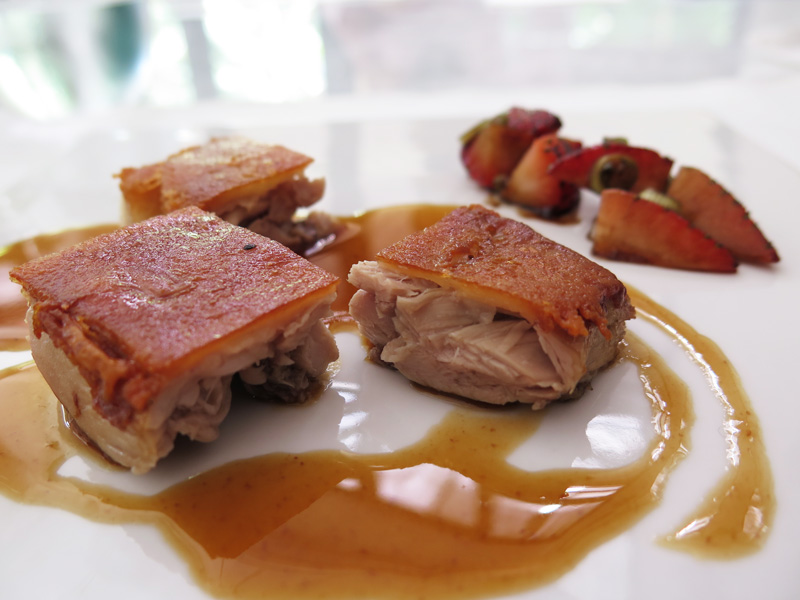 Crispy suckling pig ($38) – boneless suckling pig strawberry salad. By this time of the meal, we were both stuffed. But upon taking one look at this stunning dish, we knew we just had to make space.

The skin was delightfully thin and crunchy, giving way to tender and juicy meat. The strawberry salad, albeit an extremely small portion, was refreshing and light – it took away the jelatness (heaviness) of the suckling pig. An enjoyable dish even though our stomachs were bursting at the seams. 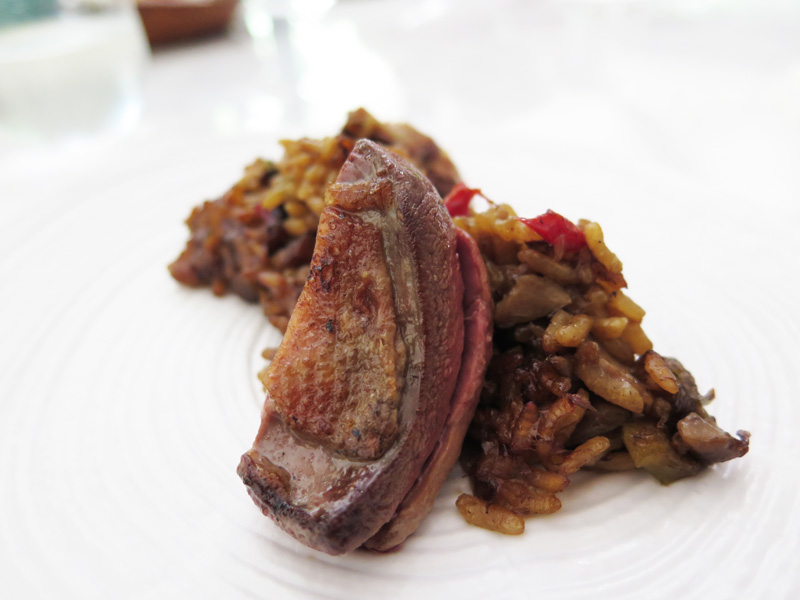 Pigeon “Paella” ($38) – carnaroli rice with porcini mushroom ad pigeon. If you are thinking “pigeon meat?!”, well yes, but not the type you see in Singapore.

Rather than those birds you find around your HDB blocks, La Ventana sources for their pigeon meat directly from France. The pigeons there are generally meatier and fatter. Mmm. The texture of the meat reminded me a lot of medium rare steak: it’s a very interesting variety of meat which I think everyone should try at least once in their lives. 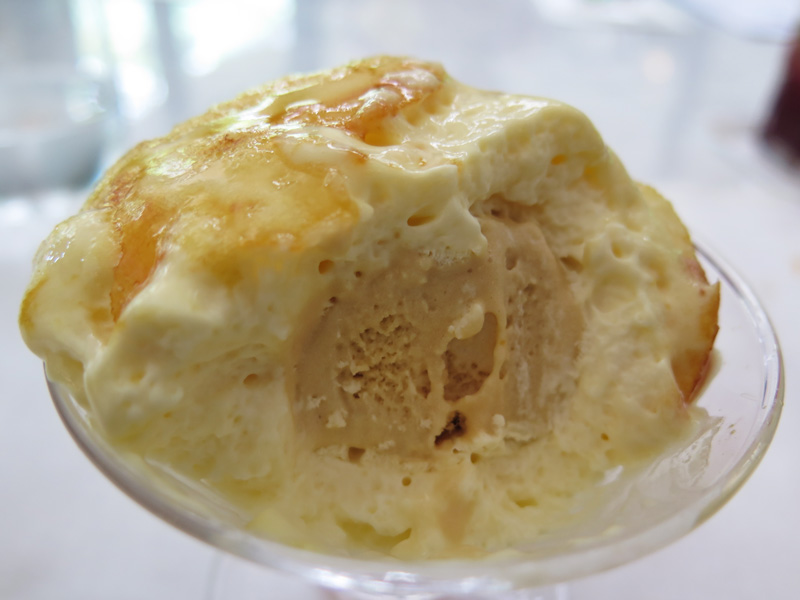 Catalan Creme Brulee ($18) – espuma, ice cream toffee. Ah, finally, the very last dish of an extremely spoiling meal by La Ventana. Unlike the many creme brulees at other restaurants or cafes, you’ll find that La Ventana’s creme brulee is not served in a flat fashion. Instead, it is served like a sundae.

Every component of this delightful dessert is made from scratch: from the melt in the mouth espuma, the ice cream toffee which nestles comfortably in the middle, to the lemon caramel found at the top and the bottom of the dessert. If you want to taste a creme brulee which you can actually finish without feeling overly jelat over, try La Ventana’s. You won’t be disappointed, I swear.

The entire meal at La Ventana has officially spoilt my taste buds. I now cannot eat at a Spanish fine-dining restaurant in Singapore without comparing everything I eat to La Ventana’s. Chef Carles Gaig deserves every bit of the Michelin star which he was awarded with.