The thing I appreciate the most about our Singaporean hawker scene has to be the seemingly endless food options. A bustling hawker centre always promises a full and satisfied belly. While a lot of attention has been given to our local favourites (and rightly so), there are a couple of under-rated dishes that deserve the spotlight as well. One of them has to be Sarawak kolo mee and you can find a pretty tasty one at 林玉梅 Lin Yu Mei Sarawak Laksa & Kolo Mee in Haig Road Market & Food Centre. 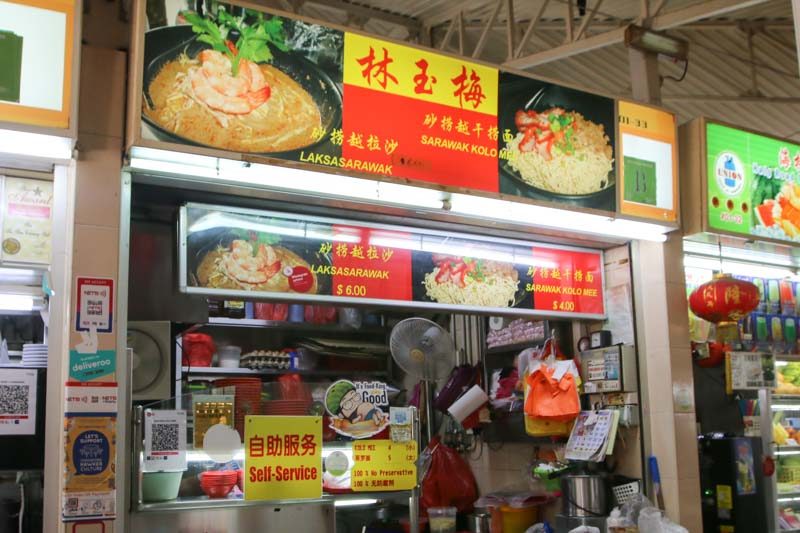 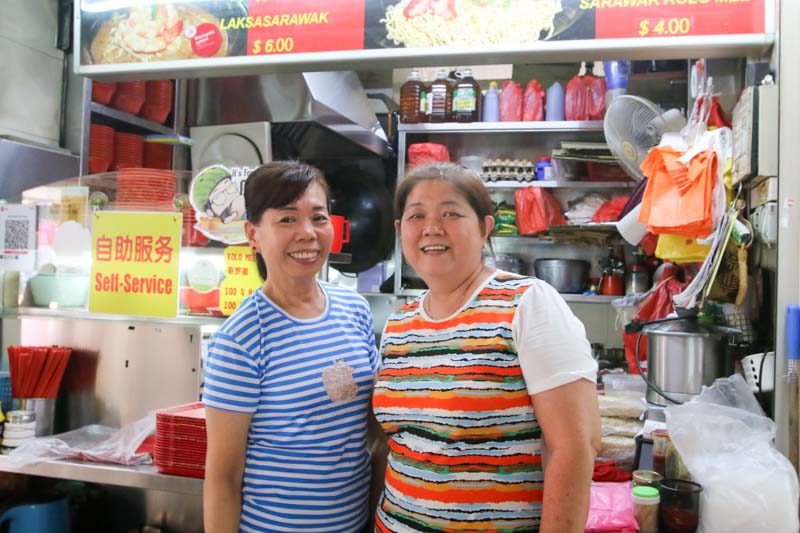 Lin Yu Mei is helmed by Mdm Ling Hang Hua and her sister and boasts impressive queues come lunchtime. Apart from kolo mee, Lin Yu Mei offers Sarawak Laksa (S$6) which is a little different from the laksa we are used to, but more on that later. 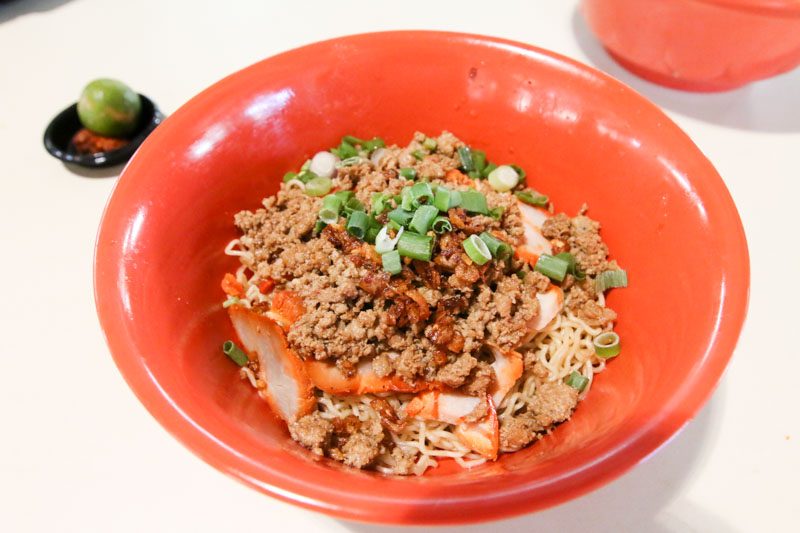 At first blush, a bowl of kolo mee might look like a cross between a plate of wanton noodles and bak chor mee, but look closer and you’ll realise kolo mee is its own thing altogether. 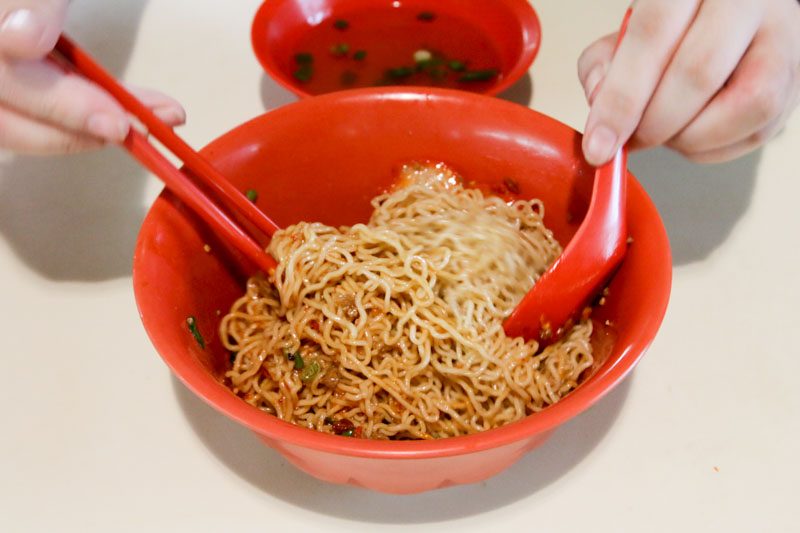 The first thing you’ll notice is the noodles; these curly, pale yellow noodles bear a striking resemblance to our ever-dependable Maggi mee. Unlike the MSG-laden kind, these noodles were fragrant and springy even after sitting out for a while. 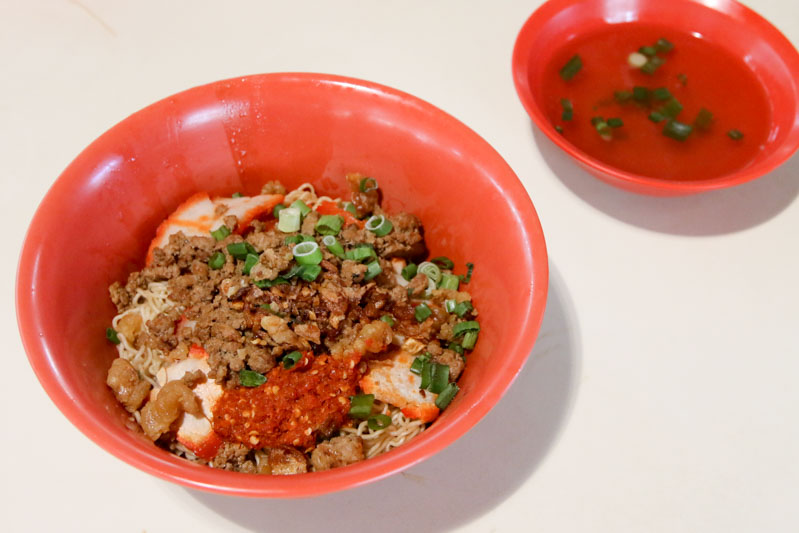 For Lin Yu Mei, their Kolo Mee (S$4 for small, S$5 for big) comes with a generous spoonful of minced pork, several slices of boiled char siew and for spice lovers, a dollop of their homemade fiery chilli. I was recommended to give Lin Yu Mei’s homemade chilli a try. It was risky having chilli in the sweltering heat but good chilli is one you don’t mind sweating buckets for.

Kolo mee promises to be a real porky affair, seeing as you have pork prepared three ways in your bowl. You have your char siew, minced pork, and indulgent little nuggets of pork lard. 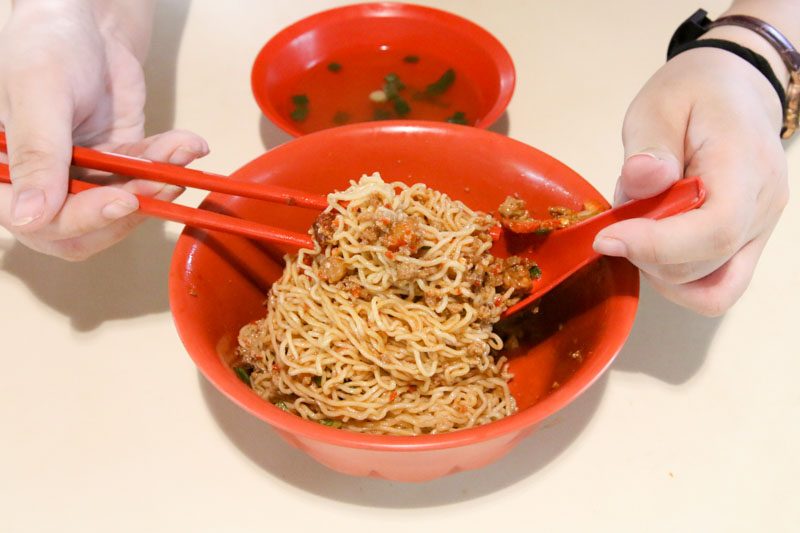 Make sure you give the noodles a good mix to ensure the mixture of soy sauce, shallot oil, and chilli evenly coat the noodles. 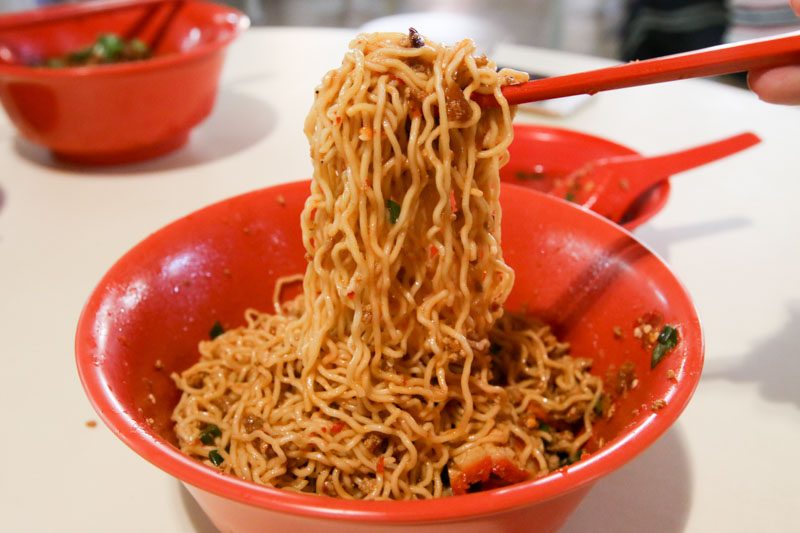 The kolo mee was light and had a good texture, not to mention, the aromatic shallot oil made this a hearty delight. Lin Yu Mei’s chilli is no joke—it delivers a good punch but not hard enough that it knocks you out. Well-balanced, this chilli will keep you coming back for more.

Unlike your wanton noodles, kolo mee does not have the alkaline taste that wanton noodles sometimes have. Mdm Ling keeps this bowl as authentic as possible and quipped that she gets her husband to ferry kolo mee from Johor Bahru almost every day. 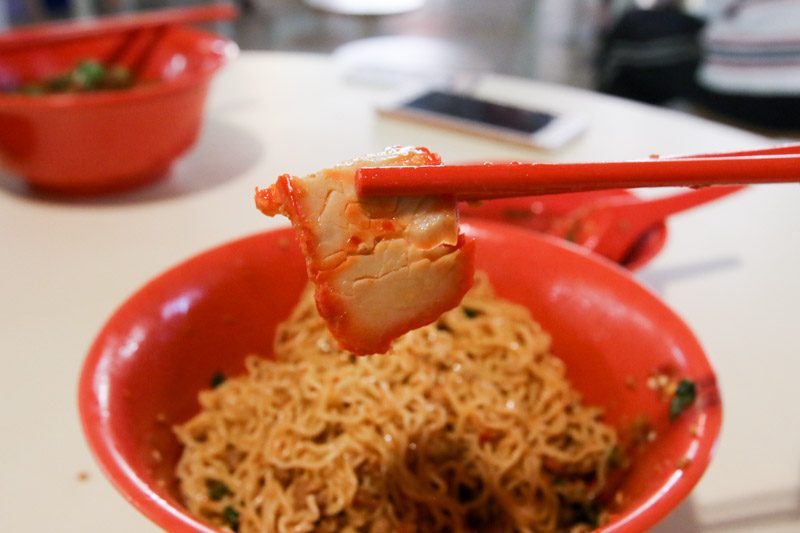 We begin with the char siew; instead of having it barbecued, these slices were boiled instead. These char siew slices were leaner and paler than the ones I would normally have but were still tender and tasty. A real winner in my book. 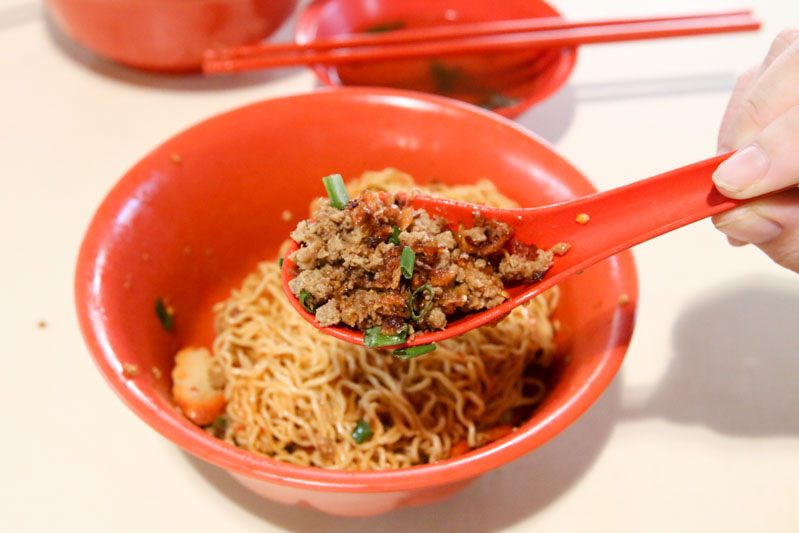 As for Lin Yu Mei’s minced pork, they did not disappoint. Well-seasoned and flavourful, the minced pork tied everything together. This bowl of kolo mee hit the spot—slurpable porky goodness that I’m still dreaming about. A real treat for Sarawakians has to be Lin Yu Mei’s Sarawak Laksa. Sarawak Laksa is made with a combination of tamarind paste and coconut milk, so you can expect an earthiness and a herbal quality to the broth. Sarawak Laksa is not as coconutty as our regular laksa and not as tangy as assam laksa but rests somewhere in between.

For those who are unfamiliar with Sarawak Laksa (myself included), each bowl is served with rice vermicelli, tofu strips, and a couple of prawns. 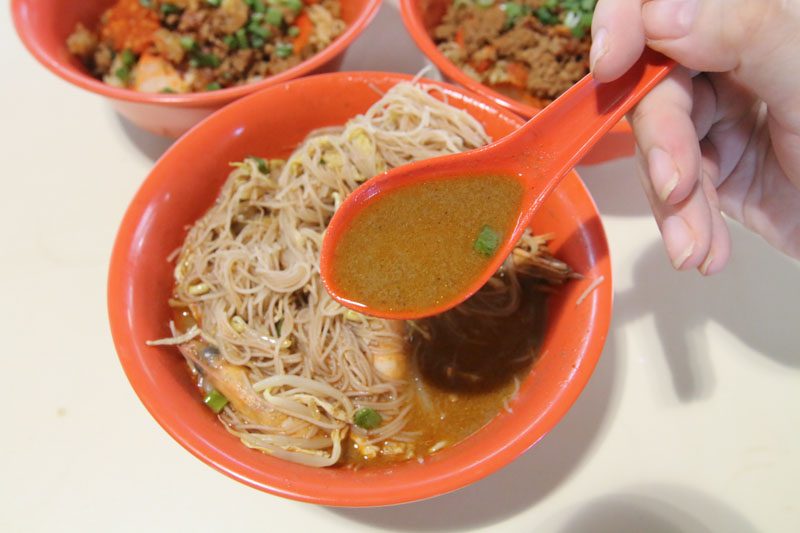 Mdm Ling cautioned me that Sarawak Laksa is a bit of an acquired taste and not for everyone. Sarawak Laksa is made with a combination of tamarind paste and coconut milk along with spices such as star anise, cinnamon and cardamon.

As I sipped on the broth, I could see where Mdm Ling was coming from. The broth was much lighter and less coconutty than our more familiar laksa. I detected a herbal and earthy quality to the broth and I was told that that was a trademark of Sarawak Laksa. 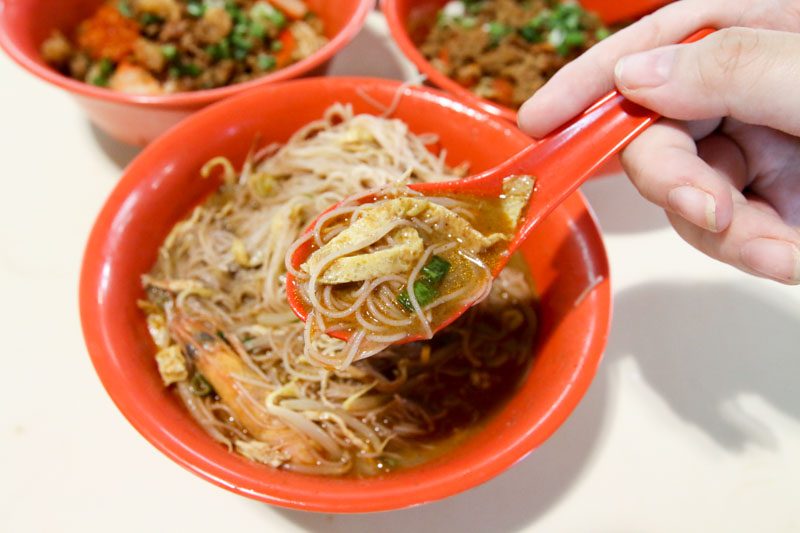 It did take some getting used to and while Sarawak Laksa didn’t really agree with me, Mdm Ling tells me that many Sarawakians feel that Lin Yu Mei’s Sarawak Laksa reminds them the most of home. For me, that has to be the highest compliment you can receive for your food.

If you haven’t heard of kolo mee until now, I urge you to pay Lin Yu Mei Sarawak Laksa & Kolo Mee a visit. Their scrumptious bowls of kolo mee are simple and downright satisfying that this might even become your new hawker staple.