Lina, the owner of Lina’s Cafe, has a ten-year-old daughter who was diagnosed with autism.

She often faces a problem that many parents of autistic children are familiar with – finding places to eat out at, without being on the receiving end of judgmental stares and/or rude comments.

Lina believes that a lack of understanding of autism is one of the key reasons why people don’t react in the most pleasant of ways when faced with autistic children. Longing for a safe space where families with autistic children can eat at comfortably brought about the conception of Lina’s Cafe, an autism-friendly cafe that’s also Muslim-owned, located along Jalan Pisang, in the Bugis area. 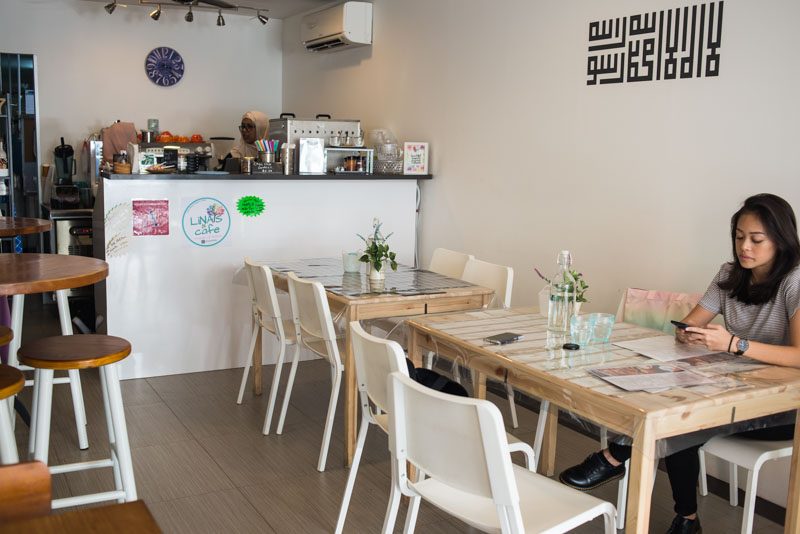 In the cafe, crisp white walls surround a few neatly-arranged tables, on which patterned mats are laid. It does not sport any loud or bright colours, which can be overwhelming for some autistic children.

The decor is rather minimalist; nothing fancy or intricate, but still aesthetically pleasing. With the place giving off an afternoon cafe vibe, I was more than ready to dig into some good food. The first dish I tried was the signature Mee Siam ($4), which comes at an extremely affordable price, especially if you consider that you’re dining in a cafe. 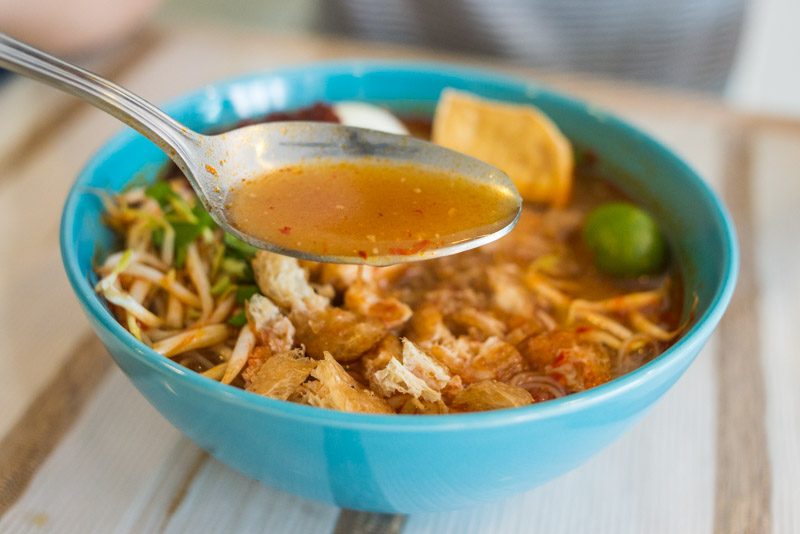 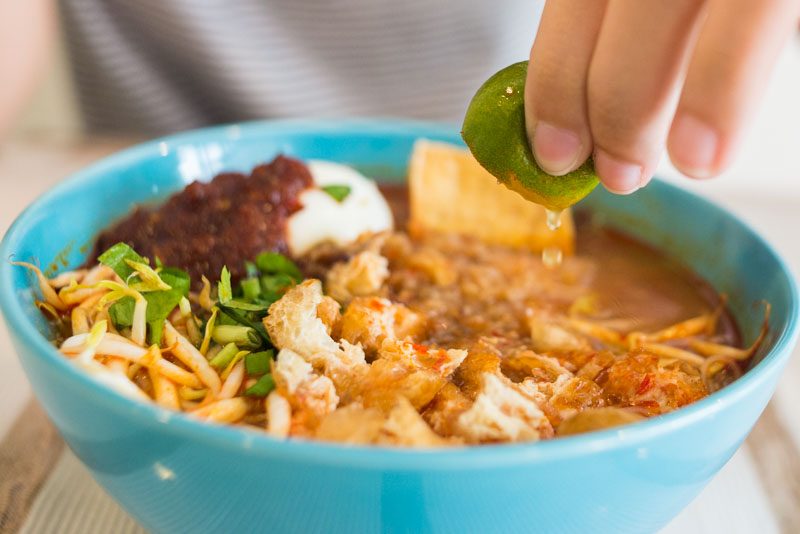 Sometimes with mee siam, the gravy can be too diluted or lack in flavour. Lina’s mee siam, however, hit all the right notes.

A strong assam flavour permeated the gravy, while a pleasant sweetness balanced the tang of the assam, ensuring that it did not overpower the dish. Squeezing a lil’ bit of lime added a refreshing touch, which completed the dish. 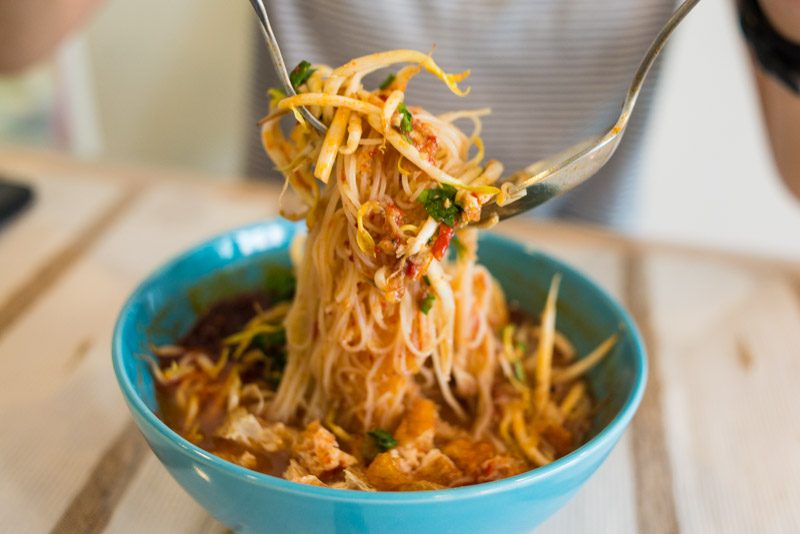 The beehoon soaked up the delicious gravy, and I genuinely couldn’t stop eating it. This is a must-try if you’re into authentic Malay dishes! 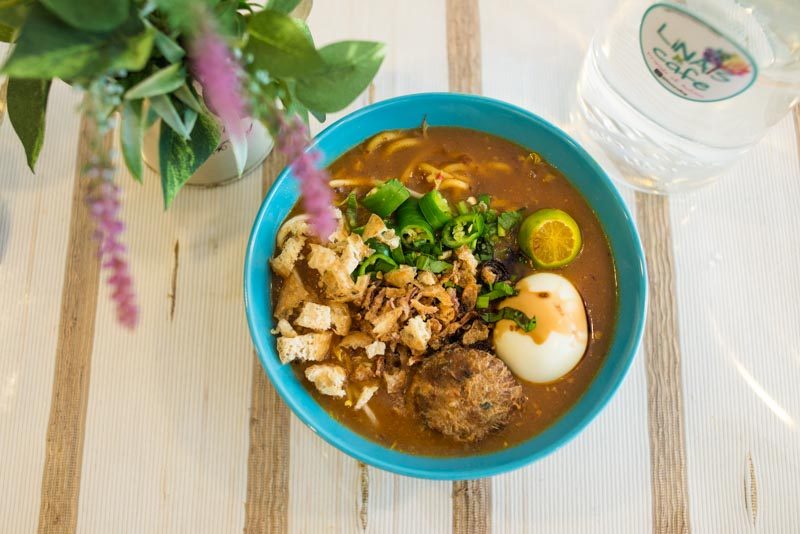 With my palate ready for more classic Malay dishes, I ordered the Mee Rebus ($4). I could already tell from its aroma that it was going to be delicious. For me, the most crucial component of mee rebus is always the gravy. And, much to my delight, Lina’s mee rebus did not disappoint.

The gravy was thick, rich and yet, very smooth. I hate when mee rebus gravy is served chunky or lumpy, and boy was I glad that this was the exact opposite. 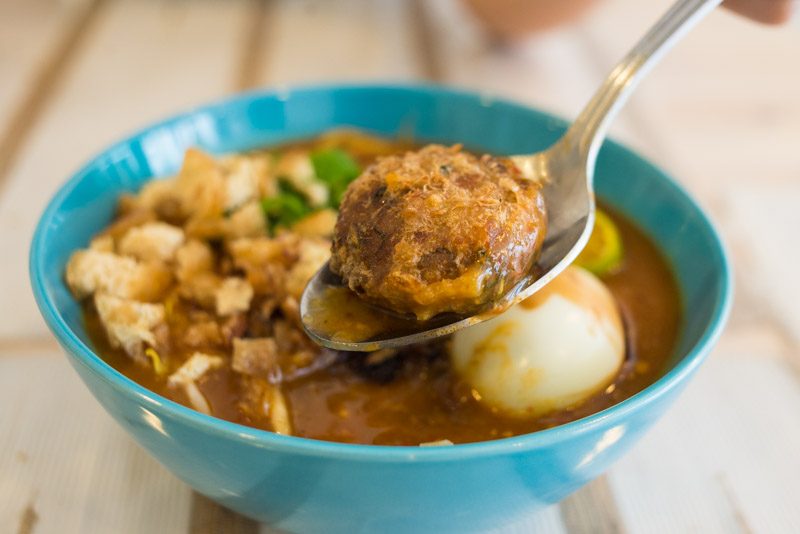 Something a little more interesting about Lina’s mee rebus is that it’s served with a begedil (deep-fried potato patty). As it was soaked in the gravy, the skin wasn’t exactly crispy. Still, the inside was seasoned perfectly; I just wished it was bigger. 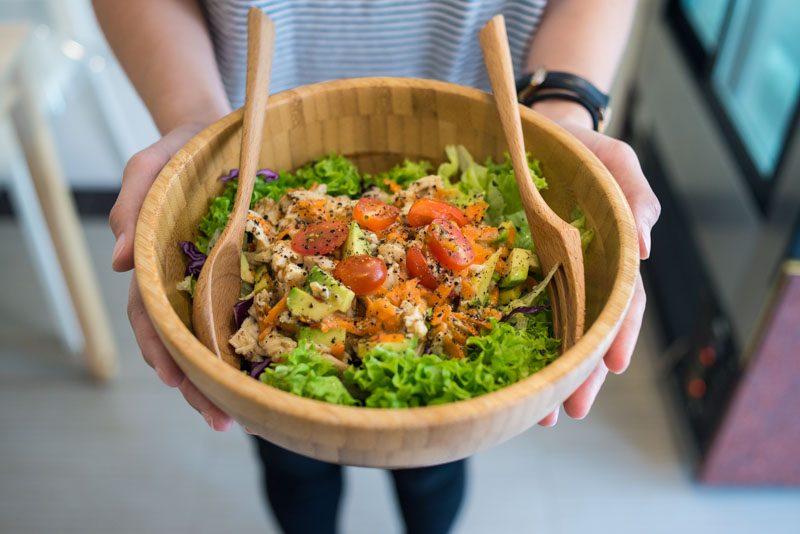 Having already eaten two rich dishes, it was time to move onto something lighter on the palate. Thus, I went for the Avocado Chicken Salad ($7.80) which is a mix of lettuce, avocado, purple cabbage, carrots, cherry tomatoes and chicken, drizzled with an Italian dressing. The chicken was soft and tender; the vegetables fresh and crisp. The Italian dressing lent a certain tartness to the salad, which I thought complemented the fresh vegetables very well.

I don’t usually enjoy salad dressings that are light as opposed to creamy, but in this case, the creaminess of the avocado made up for it. For its price, the portion was ridiculously generous. Though I truly enjoyed the vibrant flavours, I still struggled to finish it. 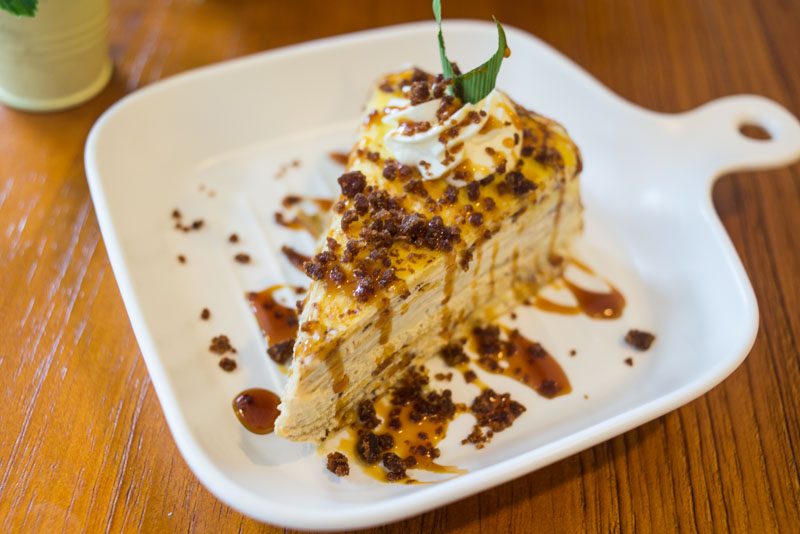 I know I said I was full, but you know they say there’s always space for dessert. I had the Pandan Mille Crepe Cake ($7.20 per slice). Compared to the other dishes, this was rather pricey, but I know for a fact that Mille Crepe isn’t easy to make. 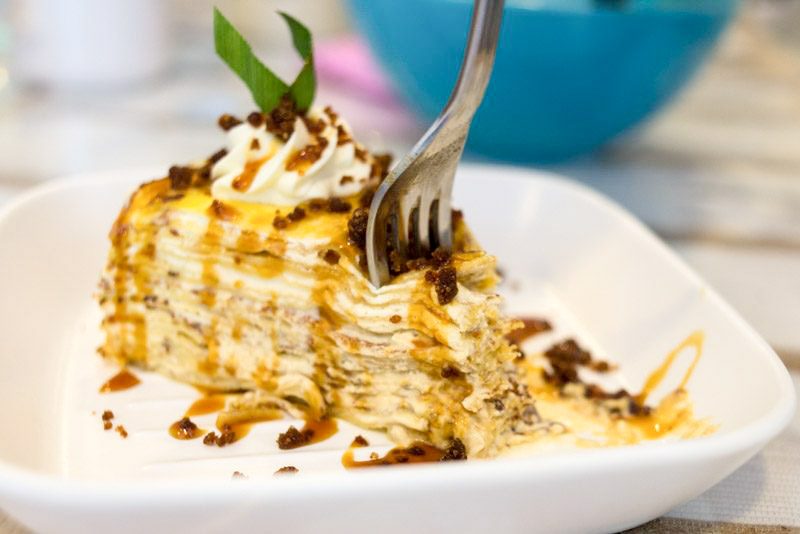 The cake came glazed with gula melaka, and a generous sprinkling of gula melaka bits. While the cake was springy, I felt that the gula melaka overpowered the subtle pandan taste. It certainly tasted good, but I would have liked the pandan flavour to be stronger. Somehow, that wasn’t enough gula melaka for me, so I had the Gula Melaka Milk Tea ($3.80) with pearls. The milk tea doesn’t have any added sugar or syrup – the gula melaka was the only sweetener.

I actually enjoyed the mild sweetness and thought that any additional sweetening would have covered the fragrance of the gula melaka. Still, if you’re one with a sweet tooth, you can always ask for a lil’ sugar. The pearls were a little disappointing, as they were mushy rather than chewy. 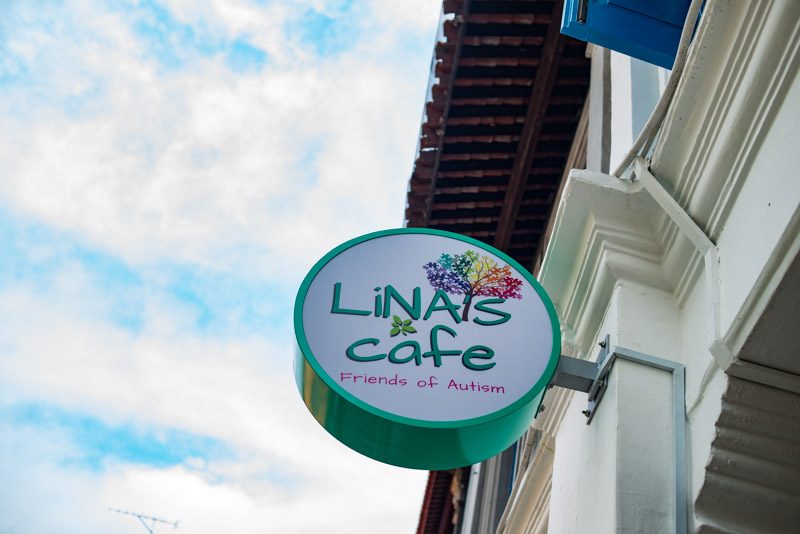 According to Lina, hers is a cafe with a social cause, and that’s why she’s able to sell her food at such affordable prices. Her focus isn’t to maximise profits, but rather, to provide a space free of judgment, and only understanding and kindness.

Lina’s Cafe even has a year-round promotion for families with autistic children – the first four drinks are free for each family of four!

Having visited Lina’s Cafe, I’ve gained a better understanding of the challenges of autism, and I’ll certainly think twice before flashing a disapproving look next time. I hope you will too.