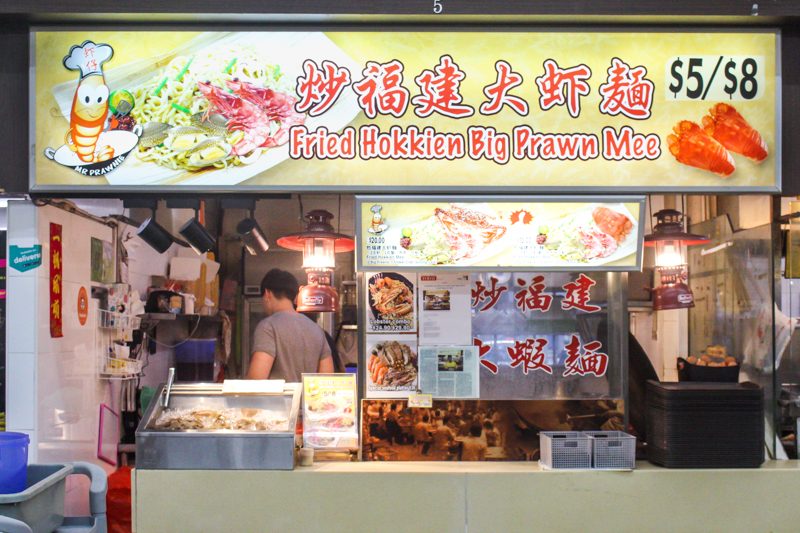 If Hokkien Mee is your go-to hawker dish, then you might consider Mr Prawnie to be a hidden gem. Located within the heart of the Ang Mo Kio neighbourhood, this humble hawker can be found right smack in Broadway Food Centre.

While this may appear to be just any typical food stall, they offer something a little different, with a giant sized version of the traditional Hokkien mee that’s great for sharing between a few. What’s more, each platter is paired with a variety of fresh seafood ingredients including crayfish, lobster and prawns. The chef helming the stall adds in a generous amount of noodles to the rich stock before tossing it around with fried egg, clams and a good dash of crunchy pork lard. Once the base is done, he simultaneously prepares each seafood ingredient and throws them into the mix. 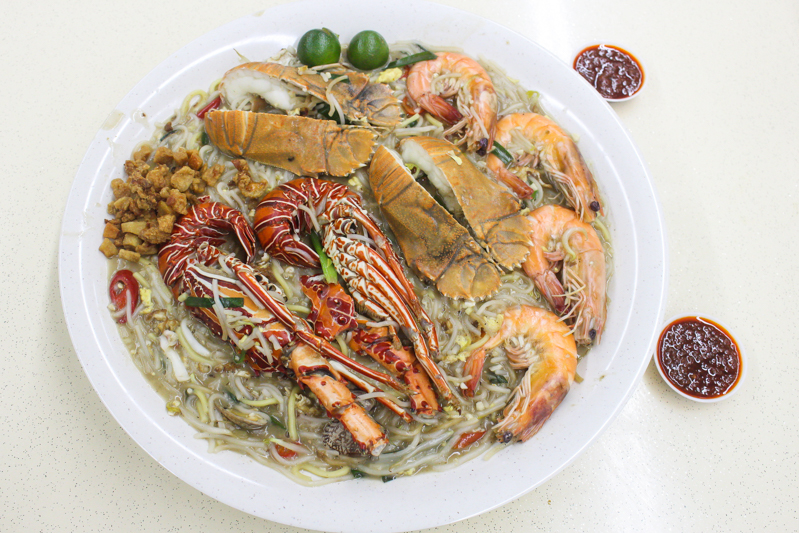 We specifically came here for the Special Seafood Platter ($36) and were pleasantly surprised by what we were served. Enough to feed at least four people, the massive platter was packed to the brim with two whole crayfishes, four huge prawns, two lobster halves together with a slew of clams and squid rings.

This was also accompanied by a side of shallots, lime and chilli sauce. If this isn’t every seafood lover/Hokkien mee fanatic’s dream come true, I don’t know what is. I can’t stress how important it is to drizzle the lime over before you tuck in! It really adds some zest to the briny taste of seafood and elevates the flavour from the Hokkien mee even more. 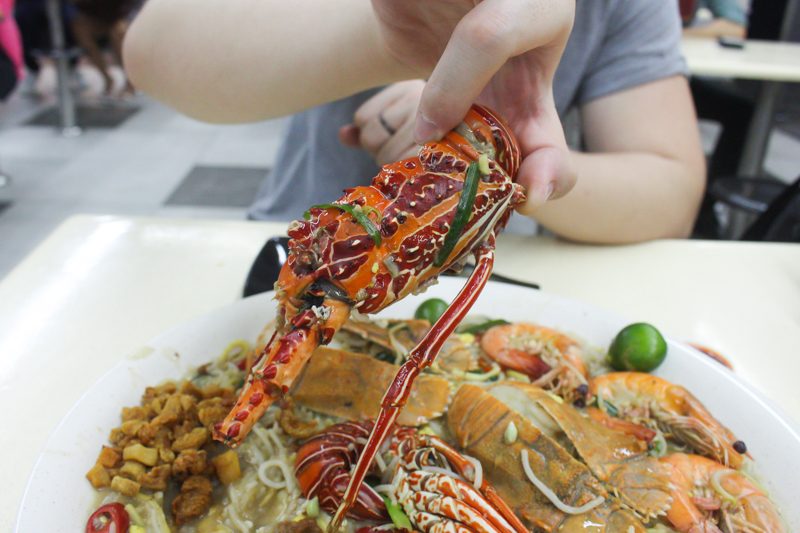 The first seafood ingredient we went for was the lobster, which boasted a decently chewy flesh that was tender, albeit a bit sparse. Nevertheless, the meat was still tasty and came off the shell without us having to exert much pressure into extracting it out. 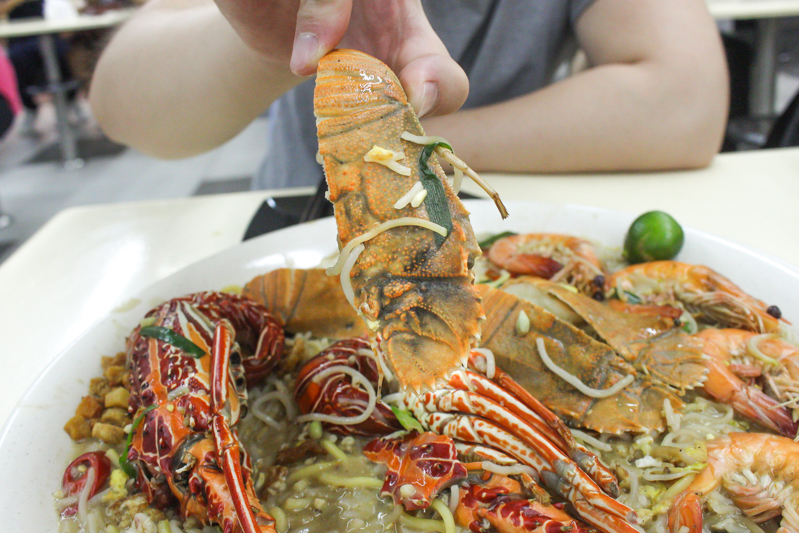 As soon as we were done with the lobster, we dove into the crayfish and were delighted to find that it was soft and chewy to the bite. It also had a distinctive taste of wok hei, as the succulent pieces really did seem to absorb some of the charred flavours from the frying pan. 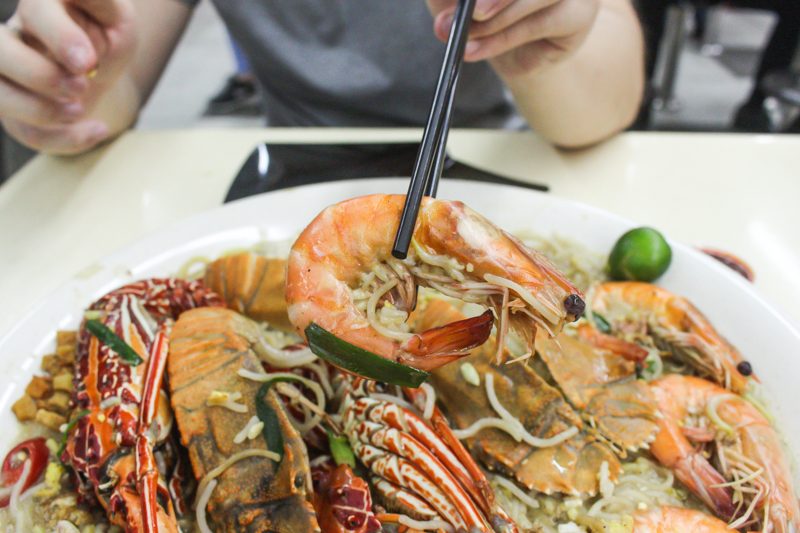 You’ll find that the prawns here are almost as big as the crayfish — not to mention, juicy with a subtle hint of sweetness that can only be found in the freshest varieties. While the clams were evidently the smallest out of all of the seafood offerings, they didn’t disappoint either. They didn’t have a pungent fishy taste as most do, and were indeed tossed around the pan evenly as each of them tasted great on it’s own. 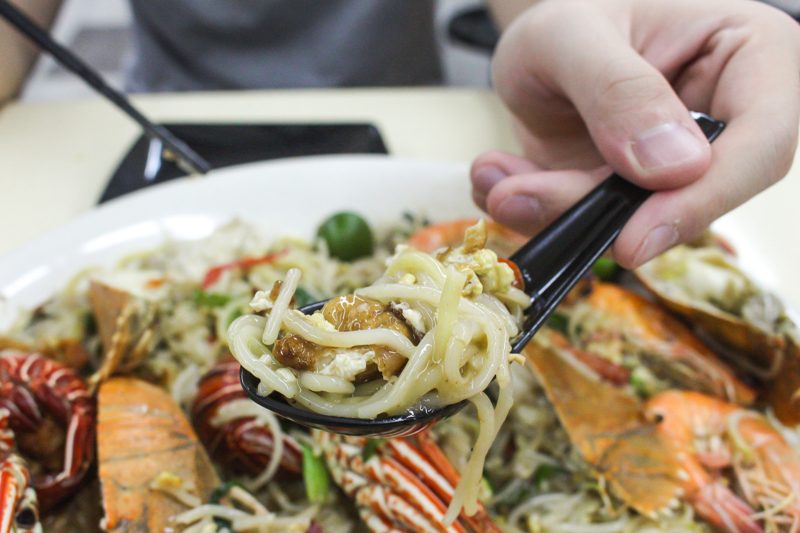 Down to the most crucial part of the platter: the mee itself. Well, it certainly delivered in the seafood department and the generous portion of noodles that came with it was well-prepared too.

Paired together with the other ingredients, it’s safe to say that the entire dish served to whet our appetites and compelled us to slurp up every last bit. For those who can’t polish off such a huge portion, fret not because they do have smaller servings on their menu too!