Nestlé’s Mochi Boba ice cream, which went viral in Malaysia in early 2022, has made its way to Singapore. 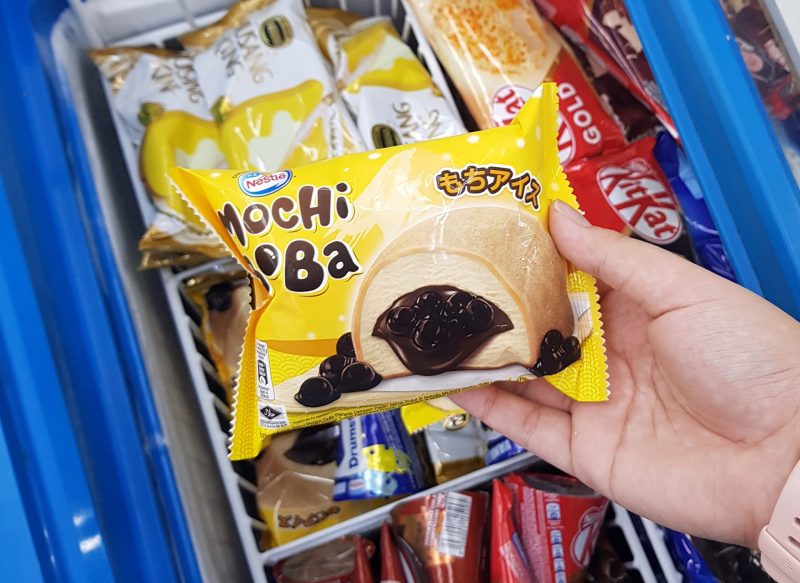 As I was wandering around FairPrice, I spotted the elusive Mochi Boba ice cream hidden among a variety of other individually-packed ice cream products.

Each packet of Mochi Boba costs S$2.20, and consists of a single ball of ice cream filled with brown sugar syrup and brown sugar pearls, wrapped in stretchy mochi skin.

Given the hype in Malaysia surrounding Nestlé’s Mochi Boba ice cream, I was excited to finally try it out for myself. The Mochi Boba was wrapped in a bright yellow packaging with an image depicting it with an oozy brown sugar filling. Upon tearing the packaging open, I was slightly disappointed to find that the size was much smaller than I’d expected.

The mochi skin was extremely sticky. I could barely remove it from the plastic container it came in as it clung on for dear life to every surface that it touched.

I would like to apologise in advance for my very unappetising photographs. I tried to take a nice cross section of the Mochi Boba, but unfortunately, the sticky mochi skin and the melty ice cream simply did not want to cooperate with me. I was a little let down when I saw the amount of brown sugar syrup and brown sugar boba pearls within the Mochi Boba ice cream. It certainly looked nowhere near how it looked in the picture on the packaging. 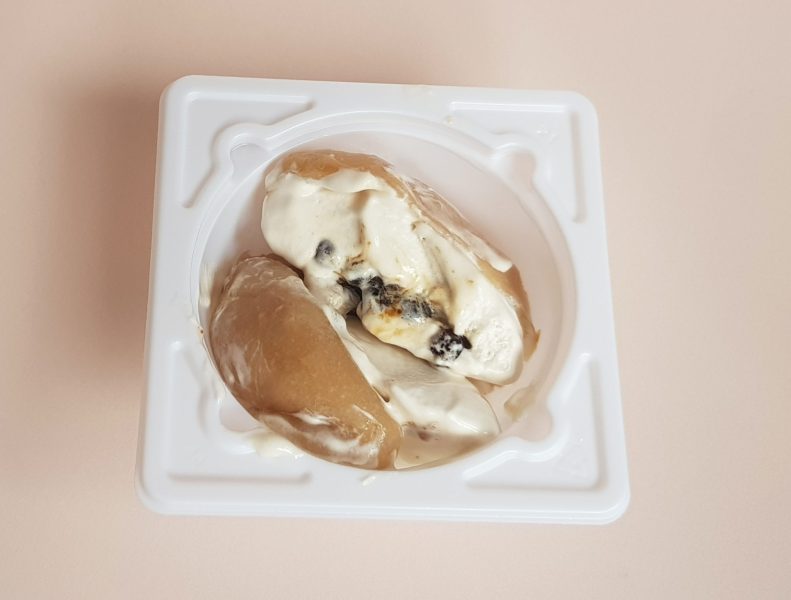 The ice cream itself tasted like standard, cheap vanilla ice cream. It was quite sweet and very milky with a creamy texture. The addition of brown sugar syrup made the already sweet ice cream taste even sweeter, but it also had quite an artificial taste.

The brown sugar pearls were smaller than your average bubble tea pearls. They were very soft and easy to chew, with a pleasant texture similar to that of jelly. I appreciated that the pearls weren’t rubbery or chewy. 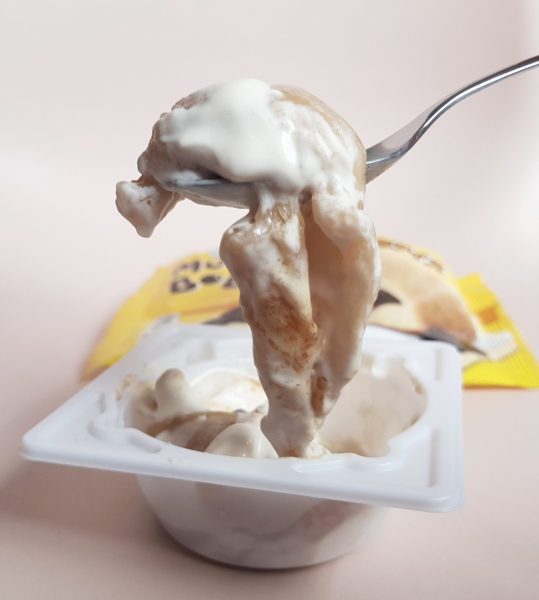 The mochi skin was definitely the highlight of the Mochi Boba. Despite it being painfully sticky, it was also extremely soft and stretchy with a light brown sugar taste. With an incredibly light and bouncy mouthfeel, this mochi skin was one of the best that I’ve had.

Overall, I don’t find the Mochi Boba to be all that outstanding as it honestly tasted rather average, except for the glorious mochi skin. For such a small piece of mochi ice cream, I don’t find it to be worth the S$2.20 price tag.

However, given the popularity of boba and how difficult it is to find cheap mochi ice cream, I can understand why this Mochi Boba initially went viral in Malaysia. It’s just not something that I’d personally get again. Nestlé’s Mochi Boba is available at FairPrice stores, though it seems that not all outlets carry it at the moment. I spotted the Mochi Boba ice cream in Ang Mo Kio Avenue 6 and Bedok Mall‘s FairPrice outlets, but failed to find it when I search other outlets like Ang Mo Kio Hub and Junction 8. Hence, be sure to be on a close lookout for the Mochi Boba if you intend on trying it.

Previous articleFrench fries out, wedges in: KFC SG paves the way for not one but three different kinds of wedges’ flavours
Next articleSapporo Summer Festival: Win Sapporo Premium Beer towers and 2D1N stay at Swissotel The Stamford