Ask any university student, and they’ll tell you that an important part of their academic life is having late night supper. Located on 16 Clementi Road in the vicinity of NUS, the 24-hour prata eatery is a convenient supper option for students. The interior isn’t the most well-lit, but considering we were just here for a simple meal, we weren’t too picky about it. We decided to branch out from the usual prata kosong, and ordered their Niqqi’s Special Cheese Prata (S$5). 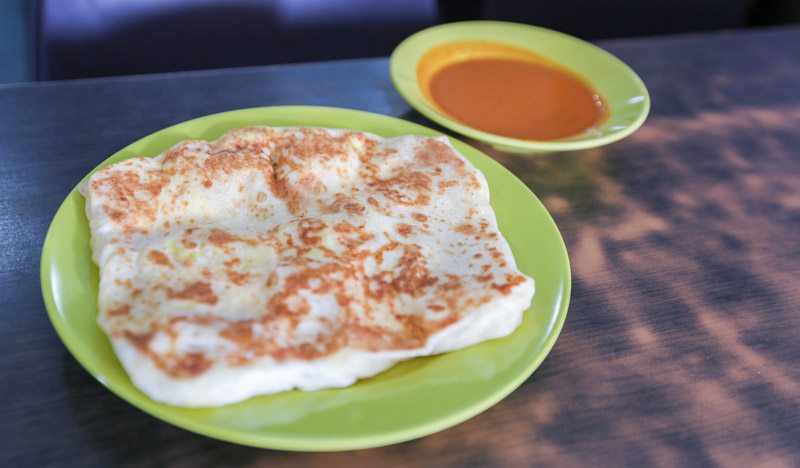 Since it was still prata after all, we were not expecting much, appearance-wise. But the thickness and fullness of the bread indicated that it was off to a good start. 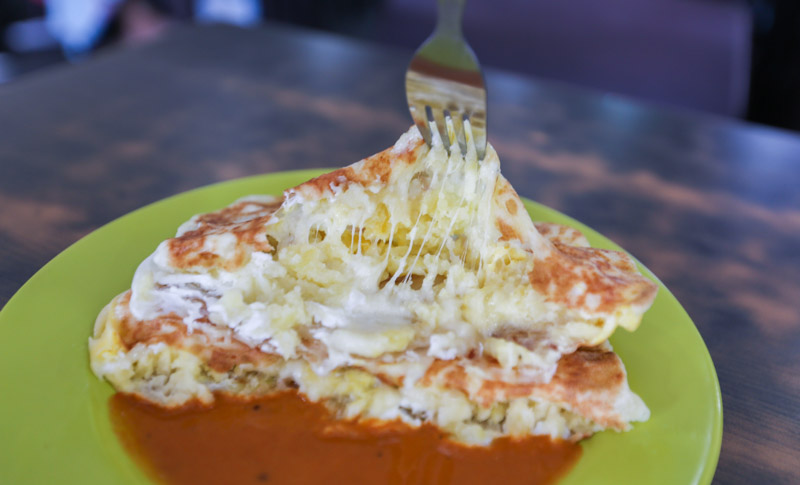 It did not disappoint, because the skin was doughy and easy to tear apart. It was also densely packed with potatoes, eggs and cheese.

Plus points for that satisfying stretch of melted cheese, which was gooey and stringy! 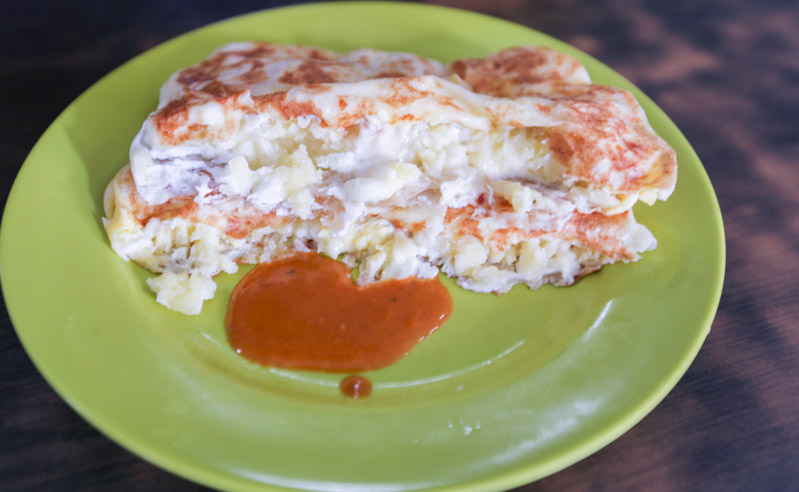 I liked how the potatoes weren’t mashed all the way, and still had some chunkiness to them. 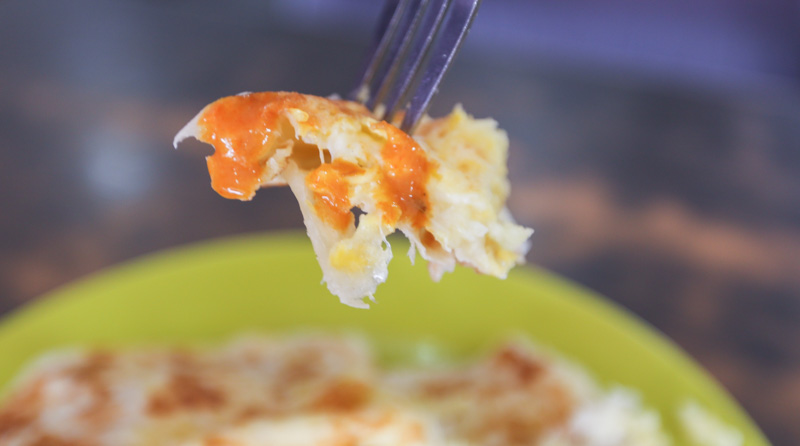 The curry was similar to the ones that you get at other prata places, delivering a combination of savoury, spicy, sour and slightly sweet notes.

While the prata was tasty enough for me to eat it on its own, the tangy spice from the curry helped to cut through the cheesiness, which can get quite jelak after multiple bites.

I think that this is one of the rare occasions where the “special” menu item is something worth trying, and I wouldn’t mind ordering it again if I wanted a more filling snack. I’ve always admired from afar the tall, looming grandness of tissue prata. I might be late to the game, but I finally got to try their Tissue Chocolate (S$3.70).

I liked that the chocolate sauce was drizzled over the tissue prata sparingly, but each area still had a nice amount of that sweet chocolate-y goodness. 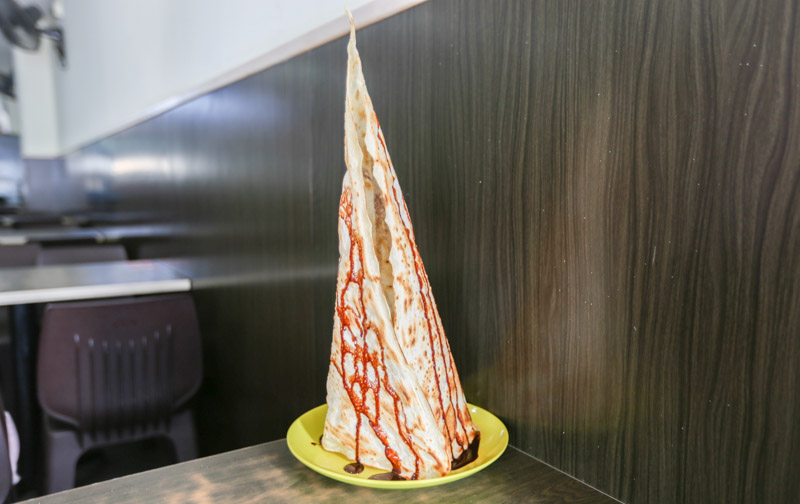 The sauce reminded me of the bottled kind that you dribble over brownies, which I thought steered the prata in the direction of something more pastry-like. This was an interesting concept to me, because I’ve never had tried my prata dessert-style.

Each piece of prata I broke off was crisp with a bit of that smoky taste. When paired with the chocolate sauce, it felt like I was biting into a flaky and crunchier version of a crepe.

I wasn’t sure how the combination of sweet and savoury would work out, but it did. 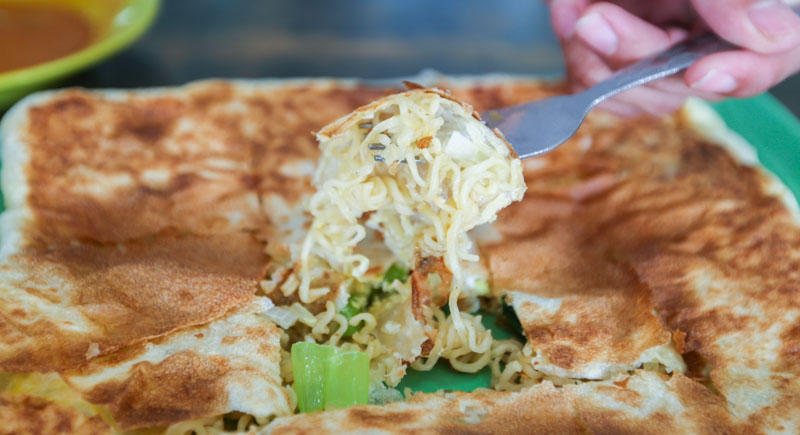 For our next dish, we decided to be adventurous and went for the Maggie Murtabak (S$6.50).

Peeling back the layer of murtabak, I noticed that the dough was thinner than expected. I would have liked it to be thicker, for a denser and fluffier texture. While the noodles were fairly springy, they lacked any kind of seasoning. The vegetables provided a refreshing crunch, but they were pretty bland too. Thankfully, there was the curry to give the dish some sweetness and spiciness.

This is not a dish that I would order again, but I would probably go for the more classic murtabak flavours like mutton or chicken instead. 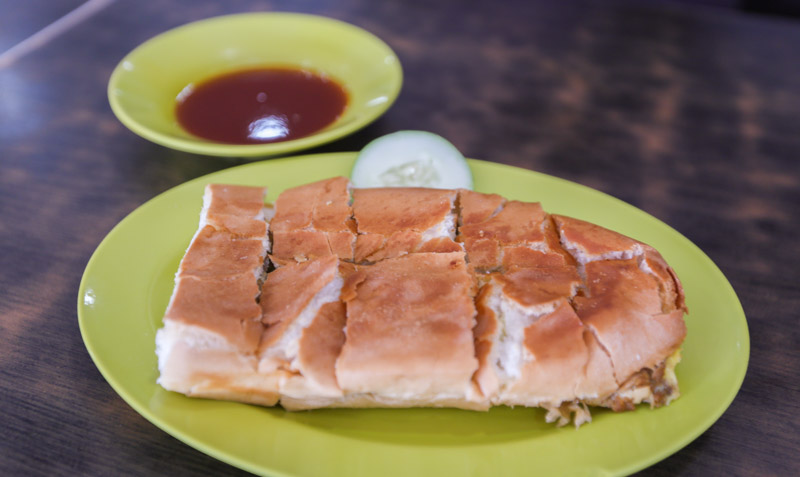 Our meal would not have been complete without ordering their Roti John Mutton Mushroom Cheese (S$6). I thought that the bread was slightly flattened, and would have liked it to be a bit more pillowy. 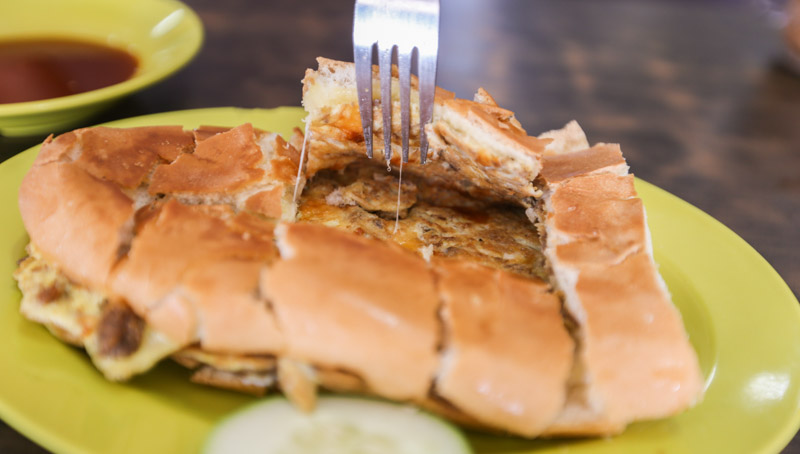 The Niqqi’s Special Cheese Prata must have raised my expectations for the roti john, because when I peeled the bread open, I was visibly disappointed. The cheese was sparse, and lacked that oozy factor.

The mutton also seemed a tad dry—this dish would have been much more appetising if it was juicier. Mushrooms are one of my favourite ingredients, so I was a little bummed that I couldn’t spot much of them on the bread. 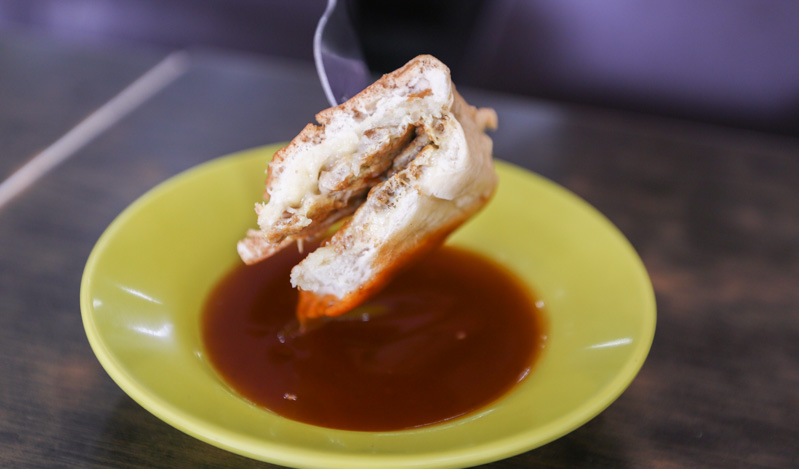 The accompanying sweet and sour tomato-like sauce—which resembled the kind that you have with yong tau foo—sadly did little in saving the sandwich.

I obviously was not looking forward to a gourmet-quality roti john, but some cheesy and juicy mutton goodness would have been nice.

Even though the Niqqi’s Special Cheese Prata and Tissue Chocolate were slightly more adventurous options to go for, they proved to be worth re-ordering. While I regrettably didn’t enjoy the roti john, I might give the more classic murtabak flavours a second try next time.

Whether you’re a student in NUS or simply happen to live around the West area, consider checking out Niqqi’s The Cheese Prata Shop for your supper needs!