Pak Kashmiri Delights: No Reason Not To Be Delighted With S$1 Naans At Tekka Market 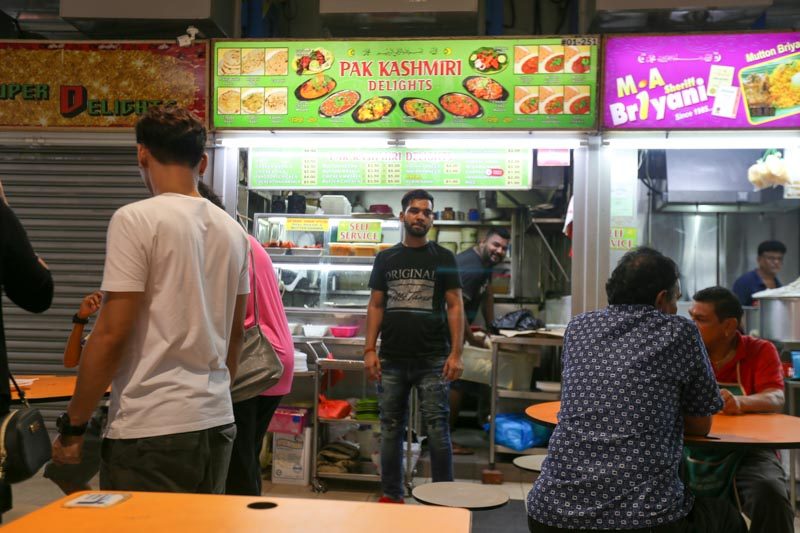 Tekka Market is know for its abundance of glorious food and bargain finds. Little did I know, was that it is also home to a stall that is dedicated to creating naans from scratch. Pak Kashmiri Delights looks unassuming from a glance, but if you look closely at their menu, they serve an array of naans and curries that’ll set your appetite on fire. What makes this place stand out, is not only do they make all their naans in the traditional tandoor, but their Plain Naan will only cost you $1! I decided to get the Plain Naan and the Garlic Naan ($2). Thinking it would be a decent-sized naan — about the size of the plate — boy, was I surprised to see that it was in fact as long as my forearm and almost as wide as my face! For that price, this stall is beyond a bargain. 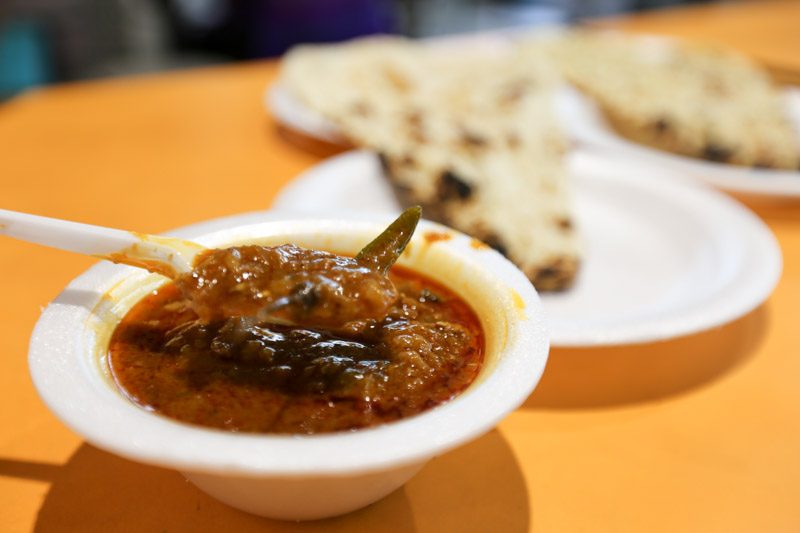 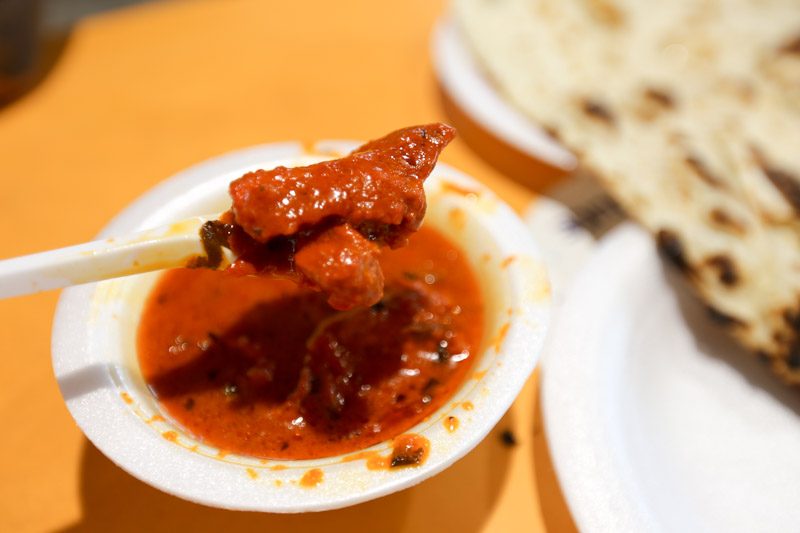 To complement my naans, I went with classic Mutton Kheema ($3.50) and Butter Chicken ($3.50). I must say, there was plenty of lentils and minced mutton in the Mutton Kheema, along with large, generous chunks of chicken in the Butter Chicken.

Tastewise, the Mutton Kheema was on the spicier side, and full of flavour, making it my favourite out of the two. Sadly, I wasn’t as impressed with the Butter Chicken, as it was watery and didn’t hold much on its own as far as spices went. The Plain Naan on its own, was actually much more satisfying than its garlic counterpart; the former was pillowy soft, and was easy to tear, while the latter was a tad chewier and the garlic wasn’t very potent. One thing I did like though, was the charred bits that littered the naan. It gave it character and a smokiness that went very well with the curries.

I wish that I had more room to stomach other naans like cheese or even other curries, but with rather humongous servings like that, the curries were the ones that really filled me up. If you’re still waiting for payday and in dire need of a good meal to cheer you up, Pak Kashmiri is here to delight your day.

Previous articleBee Bee’s: Fist Bump Your Way Through Peranakan-Inspired Cocktails At This Bar In Boat Quay
Next articleCafe de Paris: This New Fruity Korean Dessert At [email protected] Will Make You Forget About Bingsu Backyard Kitchen: Spoil Yourself With Halal Fine Dining By A Michelin-Starred...