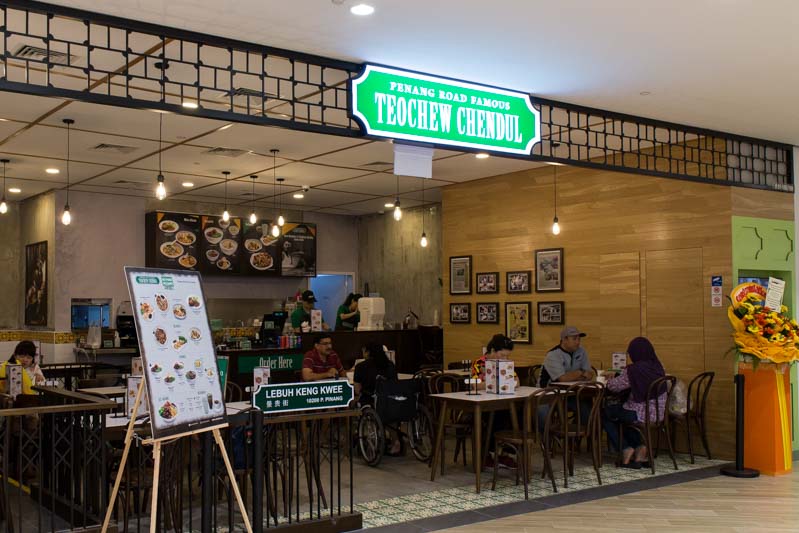 In 2018, they opened their first outlet out of Malaysia at Northpoint City in Singapore. The restaurant boasts designs related to the origins of the chain, and its decor is reminiscent of the roadside stands.

When you dine at the branch in Singapore, you’ll get to try the best sellers and specialities from the outlets in Malaysia. Although there are plans to introduce items catered to Singaporean tastes, what you get now is as close as you can get to the real deal. 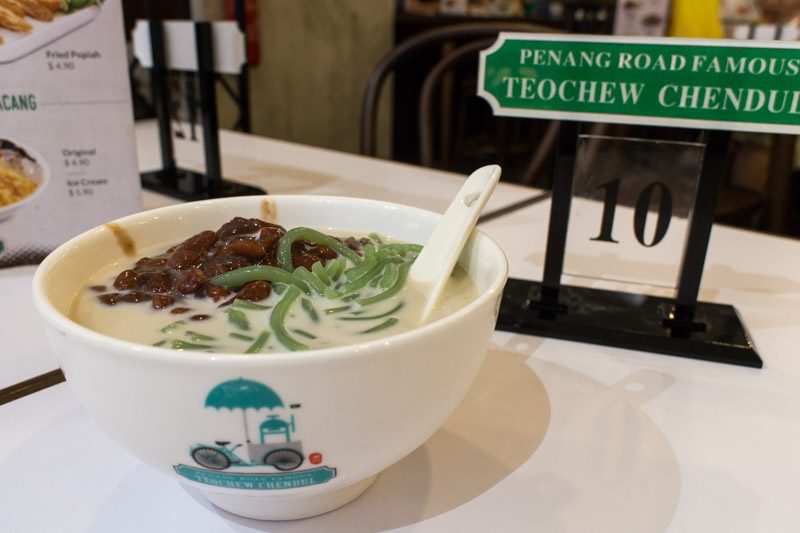 We definitely had to try the Chendol at a restaurant named after its signature dessert. While they had special flavours such as Chocolate ($6.90), Durian ($7.90), and White Coffee ($5.90), we decided to try the Original Chendol ($4.90) to find out what the buzz was about.

This bowl of Chendol is a simple mix of red beans, green jelly noodles, and a small amount of crushed ice swimming in the coconut milk and Gula Melaka. 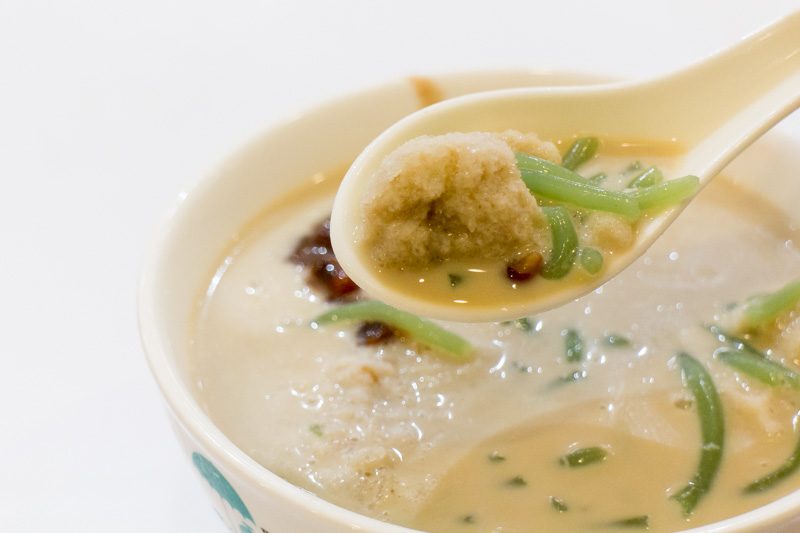 The ingredients used at the restaurant are imported from Penang, which means that it’s as authentic as it could be. The green jelly noodles weren’t mushy like those that have been left to sit, and the Gula Melaka was so pleasantly fragrant.

As a fan of attap seeds, I was slightly disappointed that there were none in this bowl, but the tasty “soup” more than made up for it. Our Penang Fruit Rojak ($5.90) arrived shortly after our Chendol, when I took a bite I was honestly surprised that the Rojak sauce tasted sweeter than the Chendol itself. 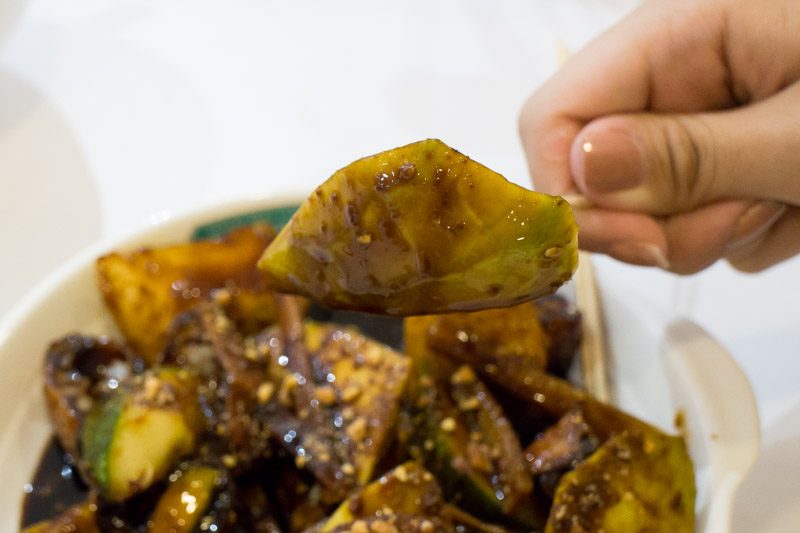 The biggest difference between this Rojak and other Rojak was that this one didn’t have the crispy You Tiao and Tau Pok to absorb all the delicious sauce. Instead, it had larger than usual chunks of green mangoes, pineapples, turnips, and cucumbers that made for substantial bites.

If you aren’t so keen on stronger smelling sauces, maybe skip this as this Rojak sauce is more pungent. Another interesting thing is that instead of crushed peanuts, this rojak is sprinkled with sesame seeds. Now that we’ve finished our “appetiser” we can move on with our meal. This was probably our favourite dish on the menu, the Penang Curry Mee ($7.90).

We were baffled when our noodles first arrived as it looked nothing like the image on the menu. Instead of an orange gravy, we were greeted with a milky white broth and a spoon of chilli sitting on the side. 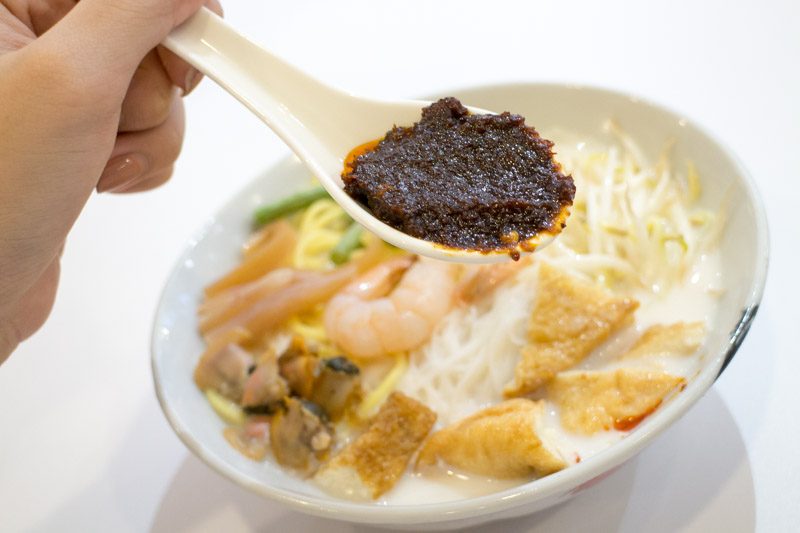 I took a sip of the milky liquid thinking “maybe this is how its supposed to be” and all I got was a mouthful of slightly coconutty water. The magic happened when I mixed the whole spoonful of chilli into the soup.

The broth was transformed into a thin yet flavourful gravy with a warmth that isn’t too unbearable but builds enough to make you sweat a little. This noodle dish was our favourite for the reason that the seafood flavour in the soup was so addictive we cleaned out the bowl in no time. 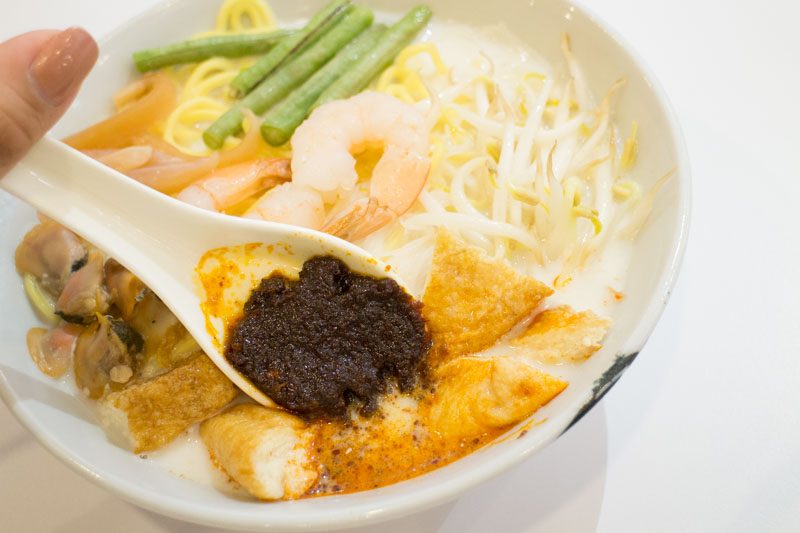 It’s also pretty good value for money, with each bowl of noodles you get a couple of fresh prawns, cockles, and fish cake. The standard bowl of noodles comes with a mix of yellow noodles and beehoon, but if you prefer one over the other, you can always make a request.

The long beans and bean sprouts taste almost raw after having blanched for a short period of time. We were told that this is how it is served back in Penang, so don’t be afraid to ask them to cook the vegetables for a longer period of time if you’re not a fan of raw veggies. 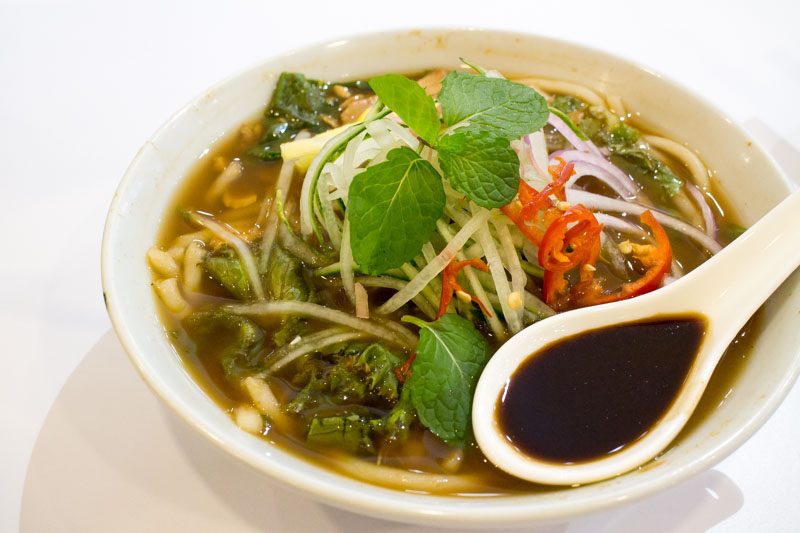 You can’t possibly mention Penang food without talking about Assam Laksa ($8.90). The Assam Laksa at this joint is acidic enough and had a good spicy kick.

The noodles were was thicker, and could have been cooked more evenly as it was still slightly chewy. We felt that there simply wasn’t enough “liao” in the noodle soup. The fish flakes were scarce, and so were the cucumber shreds. Having said that, I’d still recommend getting this dish if you’re someone who likes their noodles in a stronger broth.

If you ever have days where you’re craving Penang fare and don’t want to make the trip all the way up to Malaysia, maybe make a shorter trip to Yishun where you’ll get the same flavours.