I have not been back since I was a teenager — when the liveliness of family dinners every Saturday night was not taken away by the incessant need to check up on our digital lives. 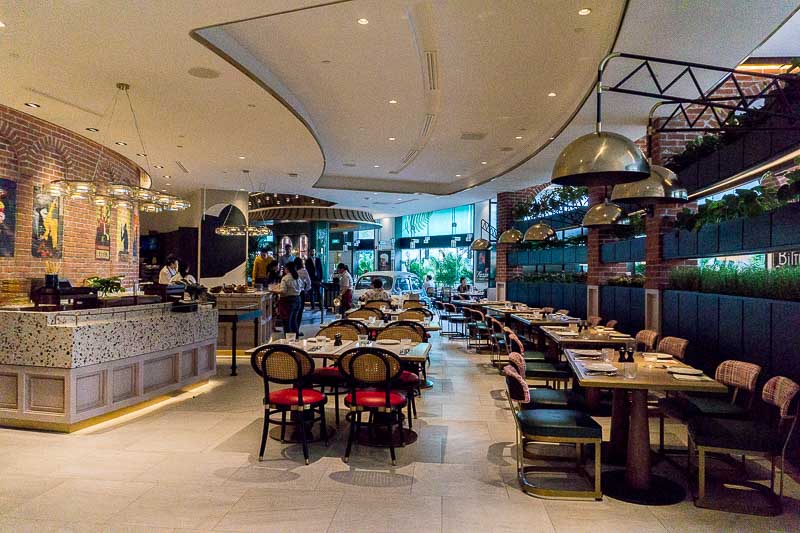 The core layout of the restaurant has not changed, but its image has now taken on a mod-industrial style. I have noticed that seems to be one of the more popular veins of interior fashion many places are taking on.

Fans of vintage art will be elated to feast their sights on the old-school posters of classic Italian brands that were hand-painted on the expansive brick walls by Steve Cross, a Melbournian artist. 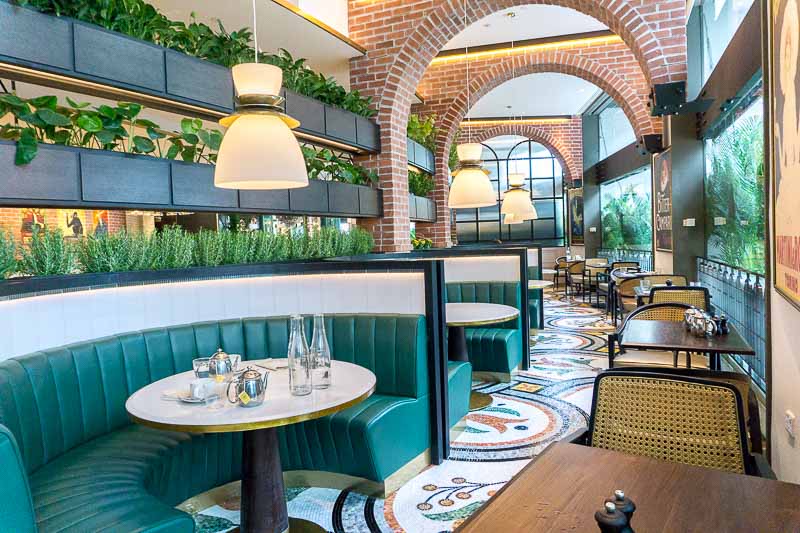 Natural light spills onto the beautiful Italian-imported mosaic tiles and the leather-upholstered booth benches, with its large canvas-sized windows. The staff have also taken on the dutiful task of growing their own herbs which also serve as green borders, dividing the restaurant into seamless sections. 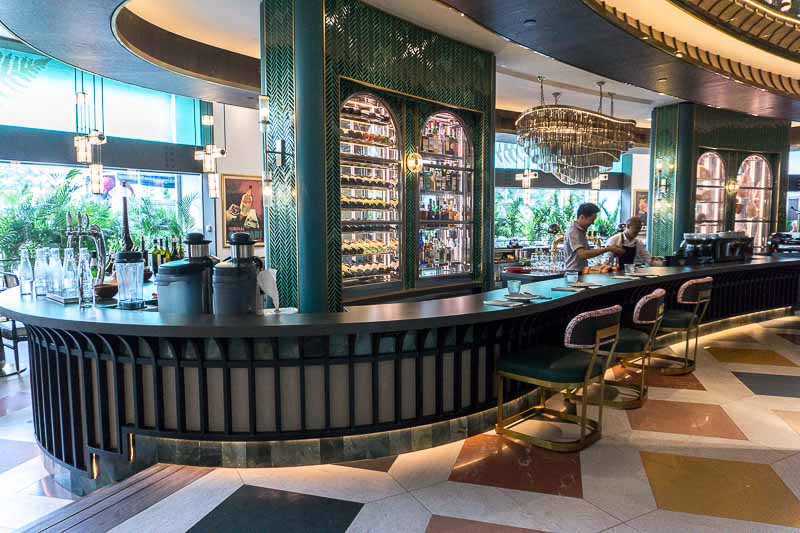 In the middle stands an island bar, to which diners may draw their gaze upon. I could describe its essence as “Gatsby-esque”, but that would play down how pleasing it was to the eyes when I saw the light bounce off the slick chlorophyl-green tiles. 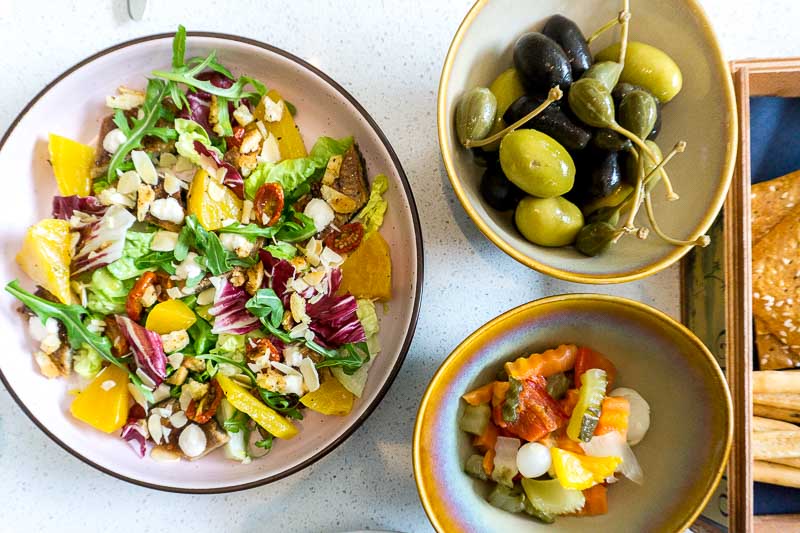 Before tucking into the food at Prego’s repertoire, you have to note that the menu takes after Chef Mauro Sanna’s Sicilian heritage, which explains the Anguilla Affumicata (S$24). I only recognise the use of eel and horseradish in Japanese cuisine, so a European touch on this meaty fish was a pleasant surprise. 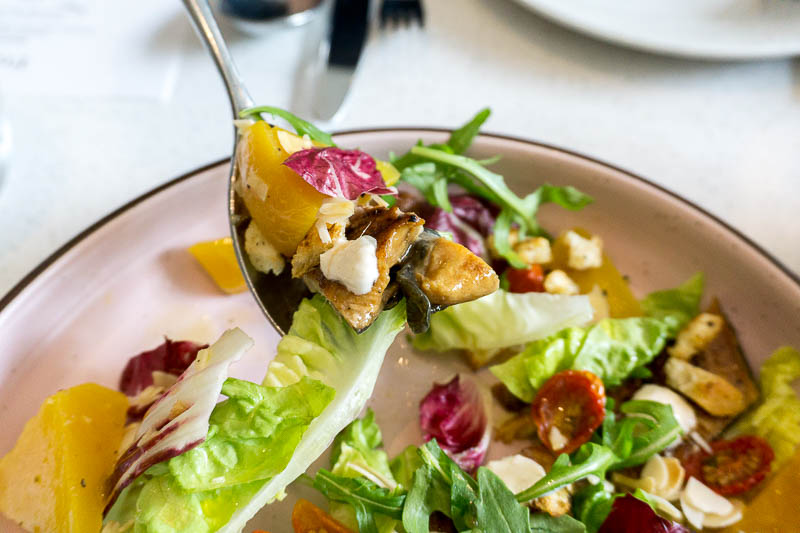 Owing to Chef Mauro’s knowledge of seafood, he smoked the eel in this refreshing appetiser flawlessly. The punch of the horseradish awoke me from the mid-day lull and the crisp greens served as both textural as well as invigorating complements. 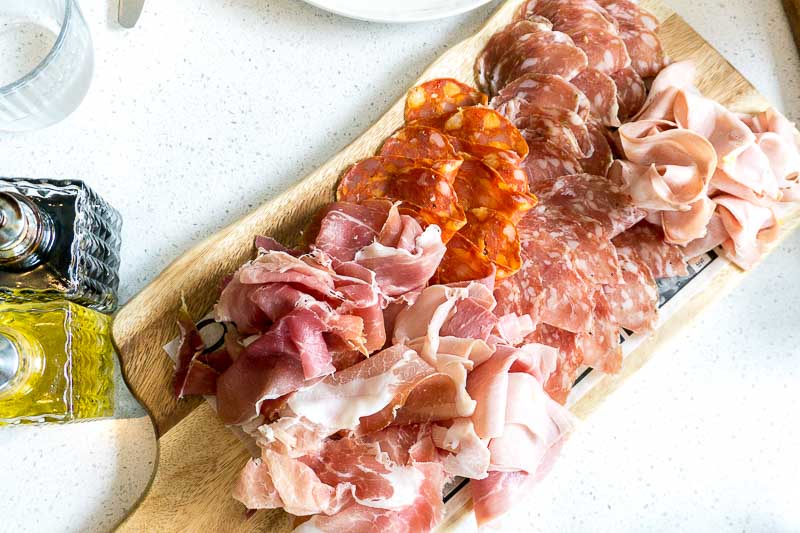 You know you’ve gathered for a true Italian meal when a charcuterie board adorned with a splay of assorted cured meats crowns the table. The preset combinations serve two to three diners and range from S$45 to S$65 per board.

Alternatively, you may choose which cured meats you favour, to create a personalised selection. It’s all about how you wish to celebrate your dining experience here. 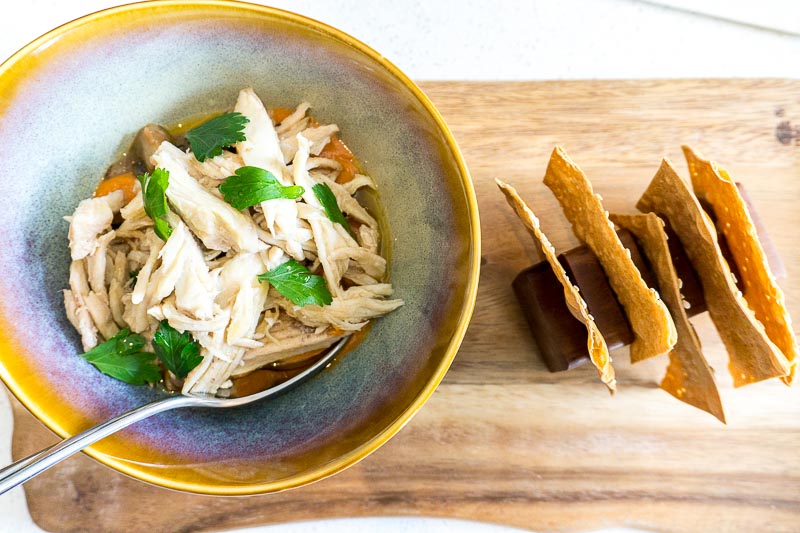 Skate fish is not a popular fish to serve in restaurants, according to Chef Mauro. Most fishermen catch it for their own consumption. The Ali di razza in “Agliata” (S$18) made me understand why someone would want to keep this fish to themselves.

The skate fish was piled high atop a zesty sweet & sour garlic tomato sauce, and at first glance might make you anticipate a flaky, supple bite. As it turned out, it wasn’t. Lovers of stingray will instantly recognise the skate’s fibrous flesh in this dish. The piquant tomato sauce was divine and sweetened the delicate flavour of the skate meat.

I also appreciated how this dish was served tepid because I wouldn’t have been able to relish in the dish’s splendour otherwise. 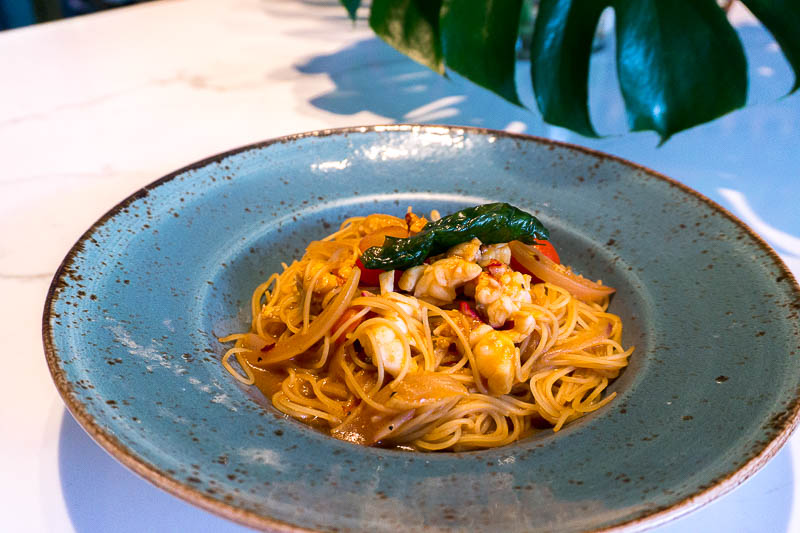 In keeping up with the Sicilian image, the “Capelli d’angelo” all’astice (S$40) tried its best to wow me with its abundance of chunks of Maine lobster entangled with sauce-slathered angel hair pasta. 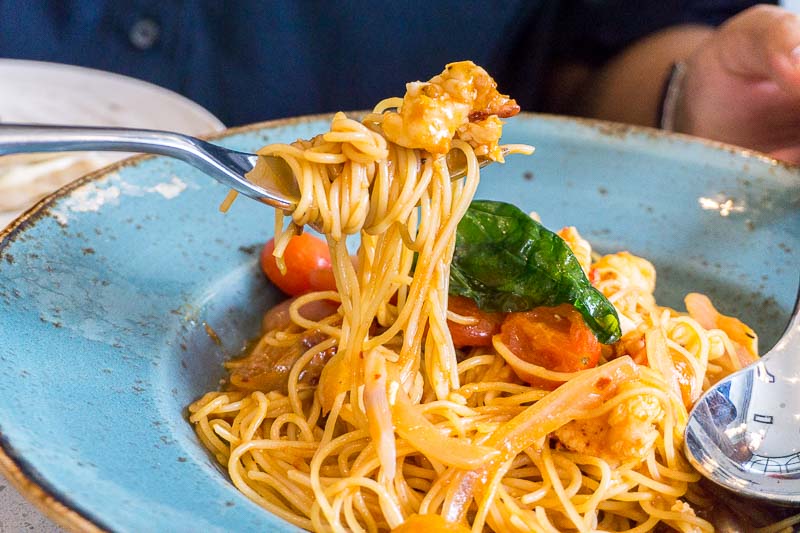 I’m usually quite partial to pasta, though I wished this dish was more robust. It could be the fault of my own biases towards flavours that carry depth, but I have to give commendation when it is due.

The unmistakable sweetness from both the lobster and tomatoes was hard to disregard, and that in itself warrants respect. 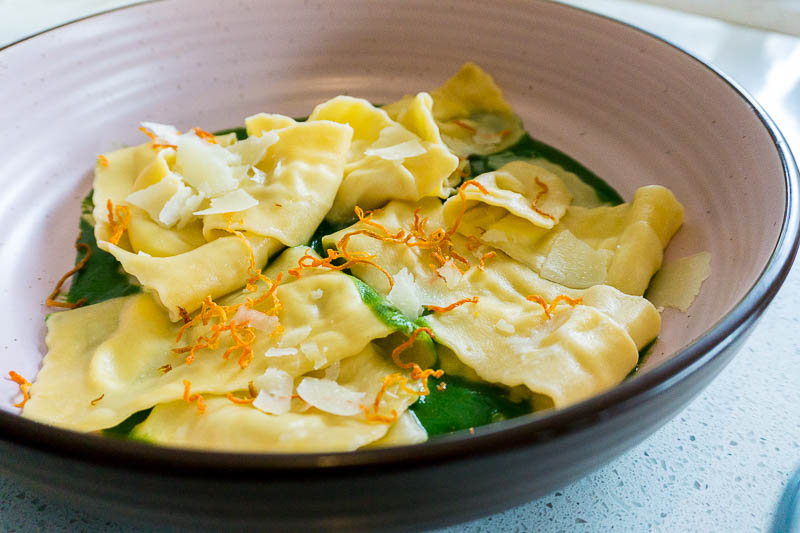 The other pasta dish I had — Pappardelle farcite al gorgonzola su fonduta di spinachi e scaglie di parmigiano (S$32) — was better received. The gorgonzola met its match in the baby spinach fondue, with the latter smoothing out the former’s pungency without quelling its eccentricity.

The homemade pappardelle sheets had an inimitable al dente essentiality which sadly, many establishments fail to accomplish. 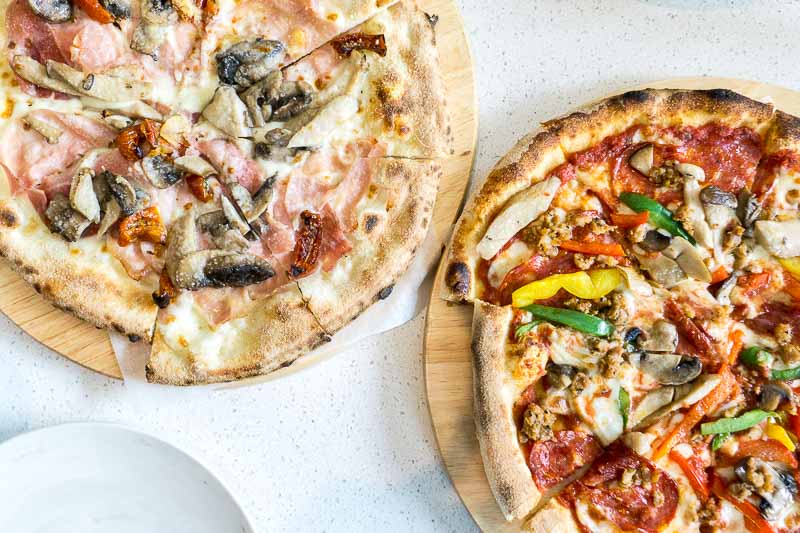 Ah, pizza! I personally toss the crust aside if it no longer serves me (i.e. it is too chewy), and I can assure you I did no such thing here. I gratifyingly munched on my slice right down to the last crumb. 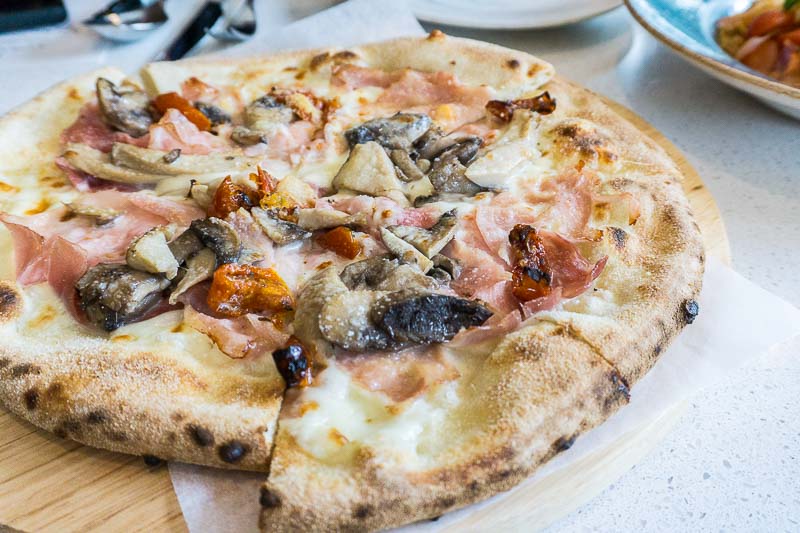 Between the two, I prefer the latter due to my inclination towards red meat.

I wish I could have had a taste of their risotto instead, especially since pescetarian risotto trumps any other kind in my humble opinion. No matter, there will always be a next time.

And trust me, there will be a next time. 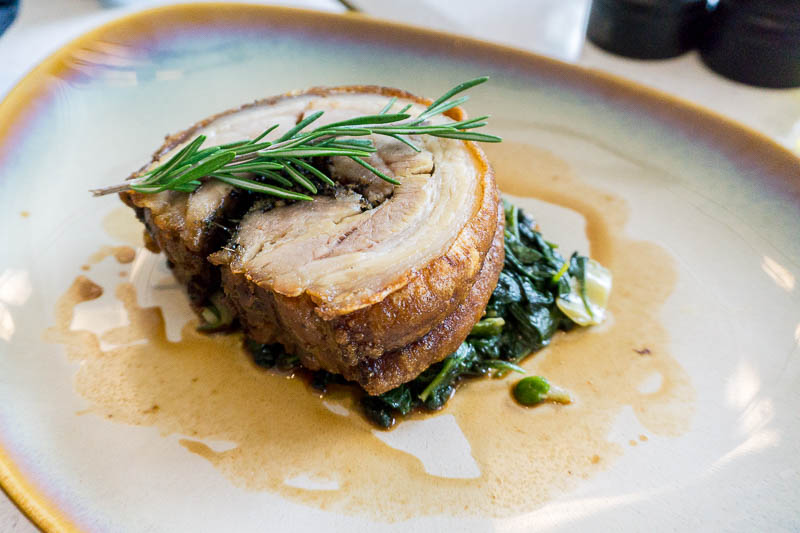 The Pancetta di maiale in “Porchetta” con “Scafata” (S$42) certainly left an impression on me. Slow-roasted pork belly isn’t a foreign concept to Asia, and the crackling skin and succulent fats and meat can put me in a slobbery stupor.

The aroma of fennel and smoke is a familiar union, commonly observed in artisanal cocktails. With the introduction of roasted pork, this multi-faceted affair was one I was willing to get in the middle of.

Every bite was moreish and unyielding in its hold on my tongue. 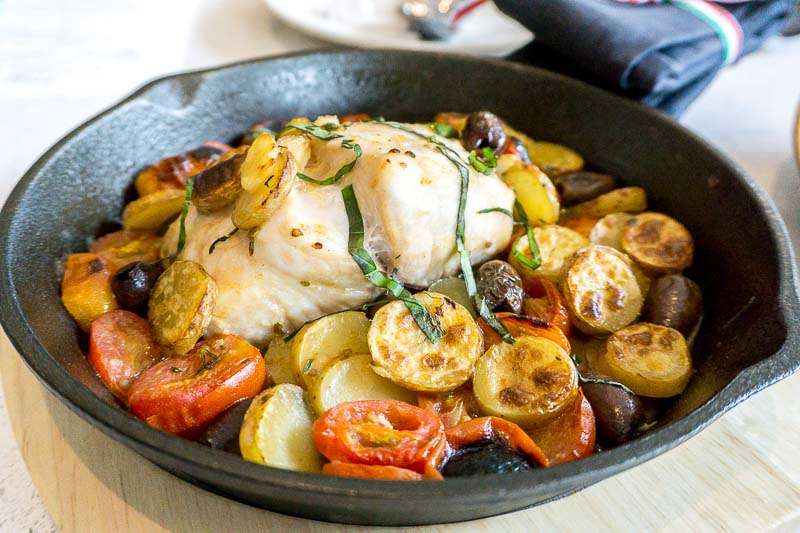 I love a pedestrian fish dish, I really do. And by ‘pedestrian’, I do not mean dull in any regard. The less one meddles with this protein, the better. The Filetto di dentice rosso alla mediterranea (S$42) is a showcase of that, baking fish in the essences of cherry tomatoes, new potatoes and olives “taggiasche“.

I inquired about the intention behind the dish and it turns out the fish fulfilled its purpose to be deliberately scant on excessive seasoning, to let its natural flavour shine though. 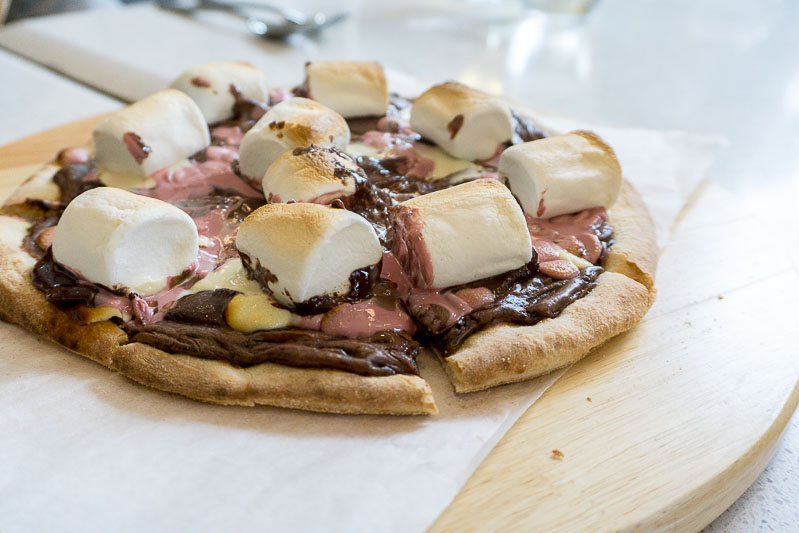 However, a single underwhelming dish shouldn’t mar my discernment of Prego. Before I knew it, the Pizza ai quitto cioccolati (S$22) got my eyes gleaming once again. This is a pizza rich with dark chocolate, white chocolate, milk chocolate, ruby chocolate and marshmallows.

A single slice conquered my adult self, while the kid in me badly wanted to devour the entire pie. Should you choose to order this, you may wish to rethink your decision to order a second dessert. 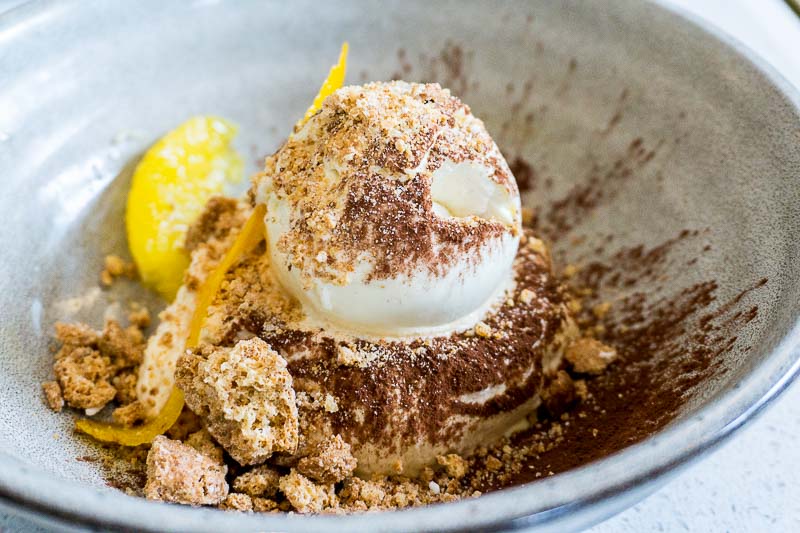 The Mousse al Caramello (S$18) is much like a re-imagined tiramisu, plainly put. However, what tiramisu lacks, this “upgrade” makes up for it, with crunch and lashings of zest.

All the elements in this bowl co-operated with one another to create a luscious, sweet, and harmonious ending to remind me why I had come to Prego countless times as a child.

Although Prego has received a facelift — both in the front- and back-of-house — it has not lost its charm. The menu still came across earnest and certainly reflective of Chef Mauro’s derivation.

Sure, there were hits and negligible (read: permissible) misses, but I maintain my insistence that you give yourself a chance to be smitten by the allure of the provincial fare here. For reservations, please e-mail or dial +65 6431 6156.

*This post was brought to you in partnership with Fairmont Singapore.