The unassuming Prodigal Cafe is tucked away in an unassuming corner of the Tai Seng neighbourhood. Opened to little fanfare in early 2018, it’s run by the same folks that started Prodigal Roasters, which specialises in craft coffees. We were surprised to see the cafe full even on a slow, rainy Tuesday afternoon. The first thing that struck me about Prodigal Cafe was the vibe it exuded. 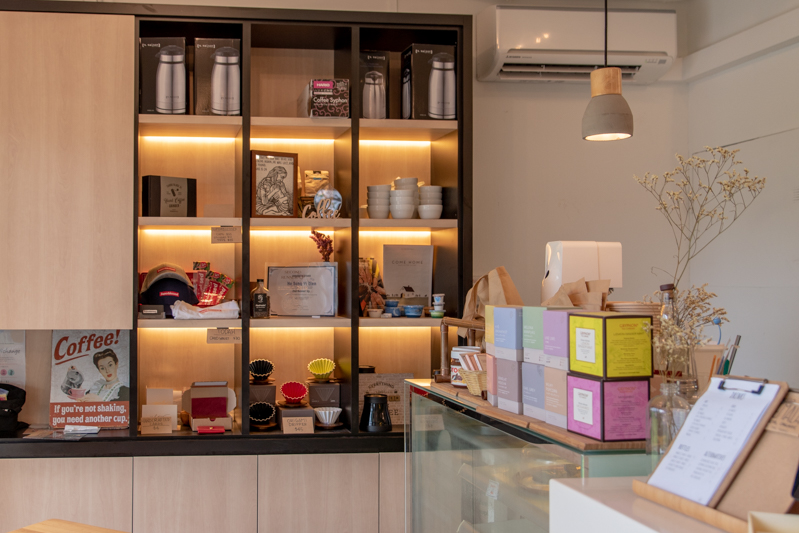 A simple, unadorned exterior leads to a similarly clean interior, however, the cafe had a homely and welcoming atmosphere. 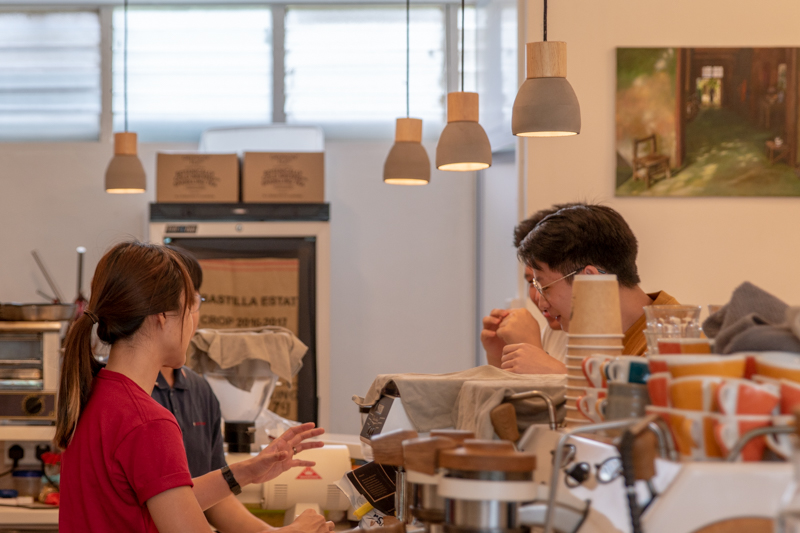 Regular cafe-goers formed a closely-knit community which was refreshing. I really enjoyed basking in the white noise of tableside chatter, laughter and friendly conversations. Everyone seemed to know everyone else, which is something that I have not yet seen in other local cafes. 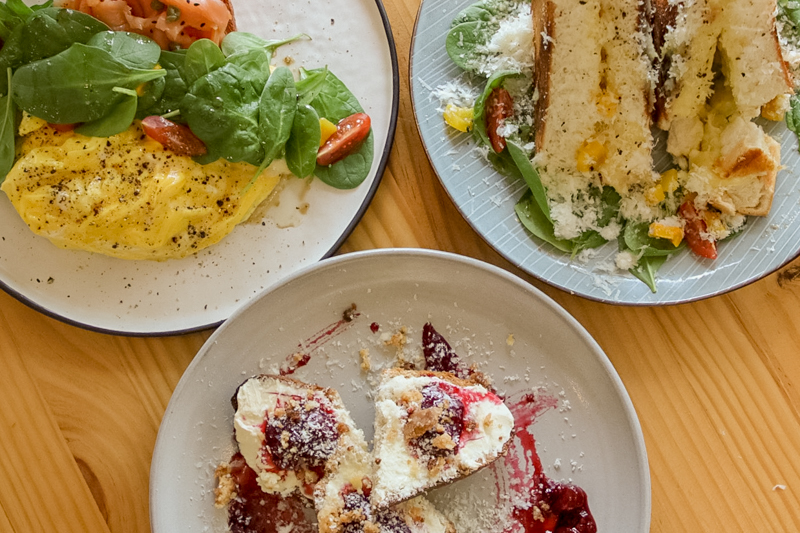 Owner Glen Ho informed us that Prodigal Café recently revamped the food menu so that they can focus on improving the quality of food.

Most of the food items on the menu were very breakfast-centric, making this an ideal spot to have a lazy brunch or tea with friends. All prices were nett, which was great to hear! 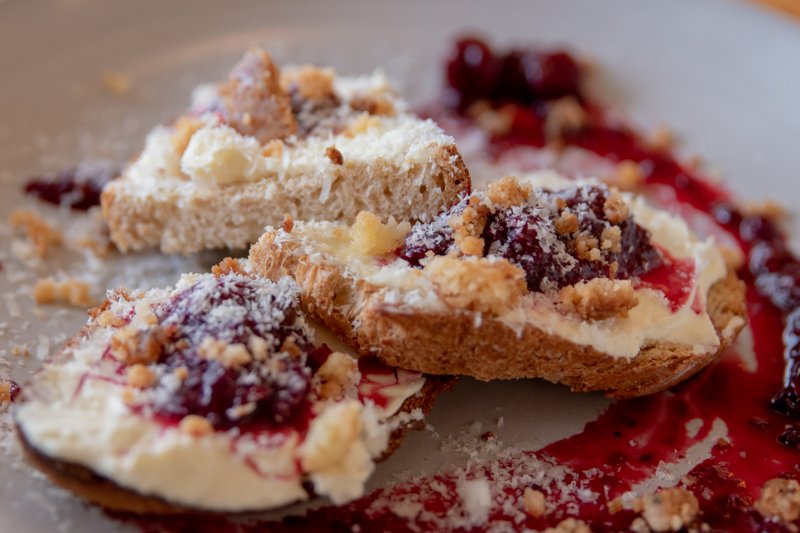 We started with the Cream Cheese and Berry Compote (S$10). It featured sourdough bread slathered with Padano cheese, and was topped with cookie crumbs as well as white chocolate shavings. 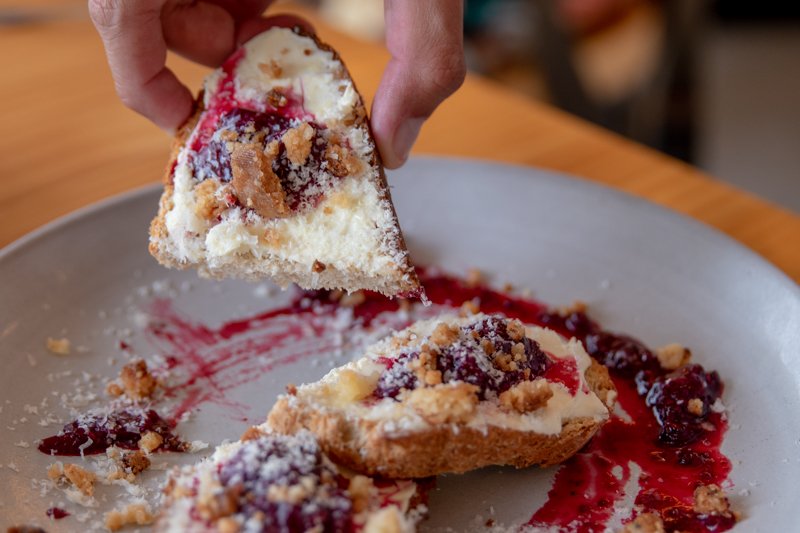 The bread was great, with a crunchy crust and a fluffy centre, with a slight chew to it. However, what I liked most about this dish was the use of Padano cheese, which had the consistency of clotted cheese and had the same mellow sweetness. 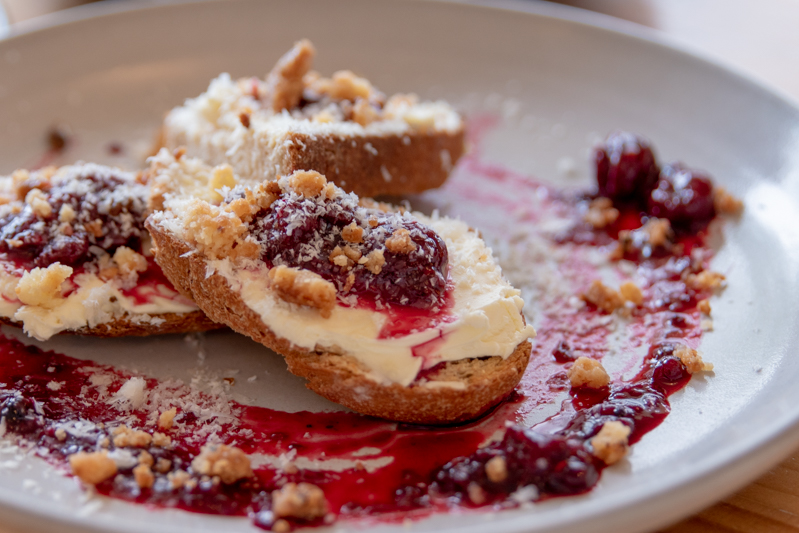 The sweetness was further highlighted by the cookie crumb topping which I felt was a nice touch. The crunchy cookie crumbs really added to the overall eating experience. However, the white chocolate shavings were not that pronounced, perhaps due to the homemade berry jam.

The homemade berry jam was very intense, with a tart explosion characteristic of berries. Having the jam on its own might be a little too overpowering.

However, it paired surprisingly well with the sourdough bread, with the sour notes highlighting the sweetness of the Padano cheese and toppings. Next, we tried the Smoked Salmon and Eggs (S$15), which was recommended to me by a fellow cafe customer. I loved this dish for its simple, yet complementary flavours. 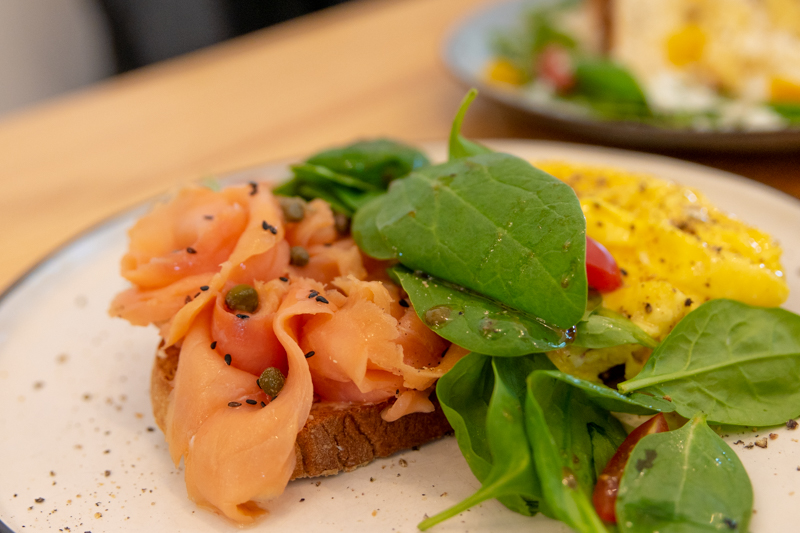 The sourdough bread was a good base for the saltiness of the capers and in-house pickles. This quickly dissipated to give way to the sweetness of the eggs and sharp earthy rocket leaves. 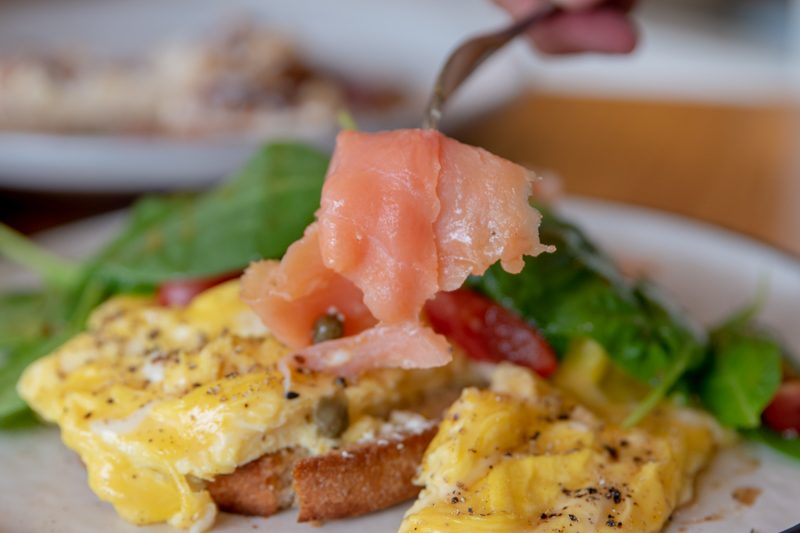 There were also savoury, salty and smoky notes from the smoked salmon. To be fair, the smoked salmon was a little too much on the salty side, however, it was balanced out by the other ingredients. 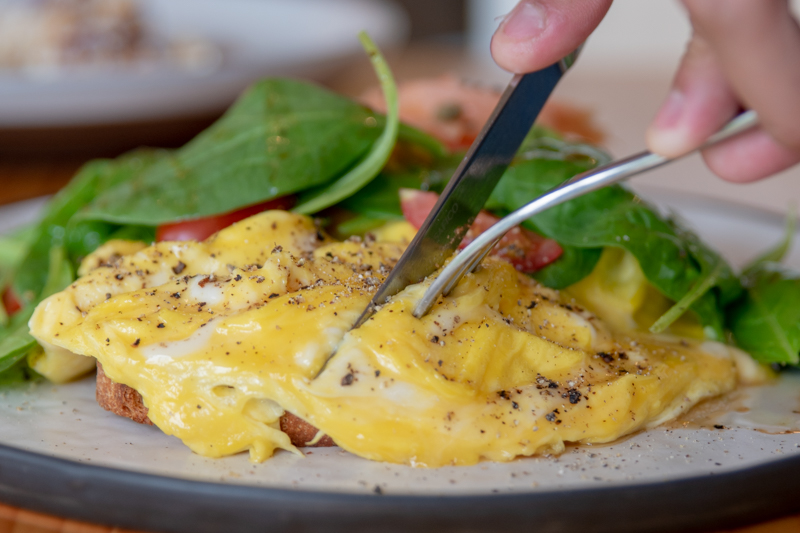 All these flavours were brought together by the generous spread of cream cheese on the sourdough bread, which was a good substitute for butter as it wasn’t as cloying. The scrambled eggs were silky, smooth and buttery, and with a little dash of black pepper, was the perfect consistency and flavour to be pair with bread. They were so good that I would come back just to have these eggs again! 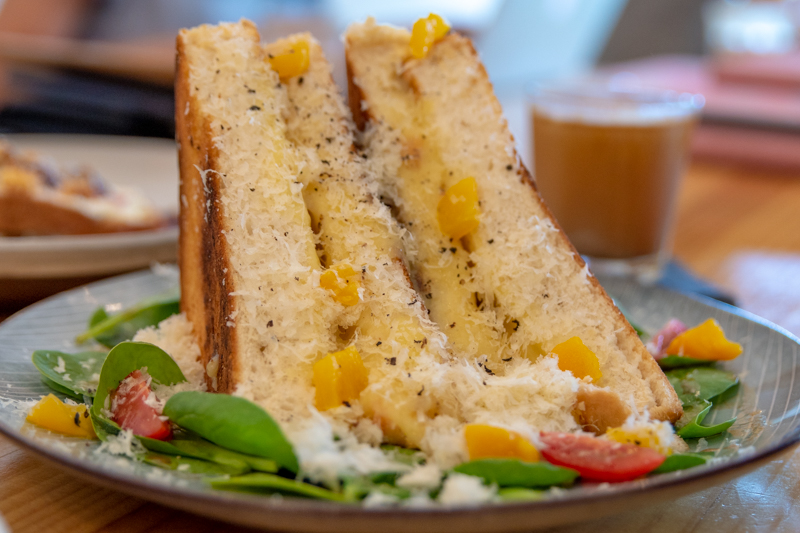 The next item we had was the Prodigal Grilled Cheese (S$12), which is a bestseller at Prodigal Café. I really enjoyed the triple cheddar, mozzarella and Padano cheese blend. It was complex, with the sharp tanginess mellowing out to a subtle sweetness. I felt that the Prodigal Grilled Cheese (S$12) was a little one-dimensional, despite being one of the top-selling items on the menu. We couldn’t leave Prodigal Cafe without trying out some of the drinks on the menu since they specialise in coffees.

We had a Dirty (S$5), which featured an espresso brewed from organic Guatemalan San Pedro Necta Beans mixed in with full cream milk. Prodigal Cafe’s version of the drink featured less milk and no ice which meant that it was not diluted at all.

However, it was prepared such that the coffee oils would be separated from the rest of the espresso shot. This resulted in a sweeter, light first taste that transitioned into the full-bodied, chocolatey and nutty brew.

Prodigal Cafe is a hidden gem in the Tai Seng neighbourhood, and it has become a second home for the regulars living in the area. Apart from the food, I really liked the welcoming, warm and friendly vibe of the cafe.

Food-wise, my favourite item would be the Smoked Salmon with Eggs (S$15) because of how well all the different ingredients came together to form a well-rounded dish. You should definitely try out the coffees when you come here too.

Prodigal Café doesn’t skimp when it comes to craft coffee-making, and there will certainly be a brew that suits your palate.