Growing up, Seoul Garden was the go-to place to satisfy our Korean barbeque cravings. But over the years, with many new Korean barbecue spots popping up, competition grew and Seoul Garden soon became a thing of the past. But not for long.

Celebrating their 35th Anniversary, Seoul Garden has branched out and opened Seoul in a Sandwich in Century Square. Offering a variety of sandwiches that reflect the flavours of Korea in both hot and cold, sweet and savoury, they offer options that can satisfy your craving for the day. 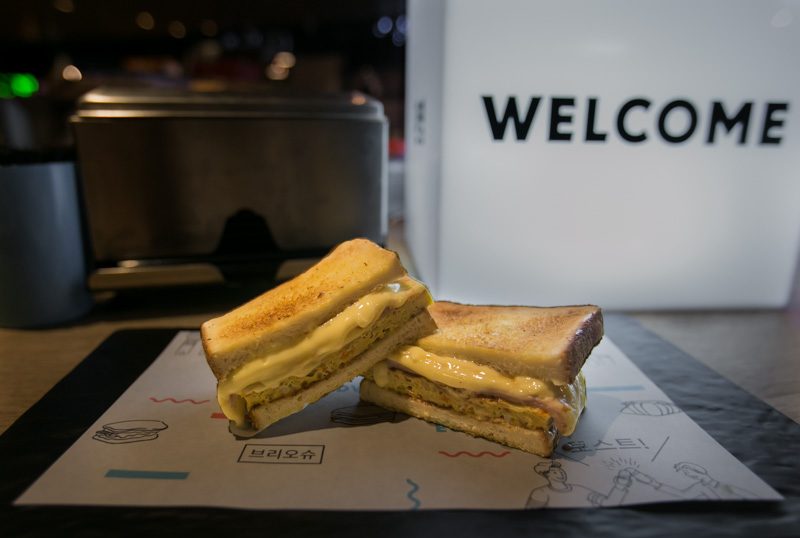 A staple on the streets of Korea, the Seoul Street Toast ($6.50) was comfort food, to say the least. Chicken ham, an onion-cabbage omelette and sliced cheese were sandwiched between slices of white bread then toasted.

It was pull-apart cheesy (think Hokkaido Cheese Toast) that was pleasurable to the eyes, and the combination of eggs, ham and cheese make it a breakfast-worthy sandwich. 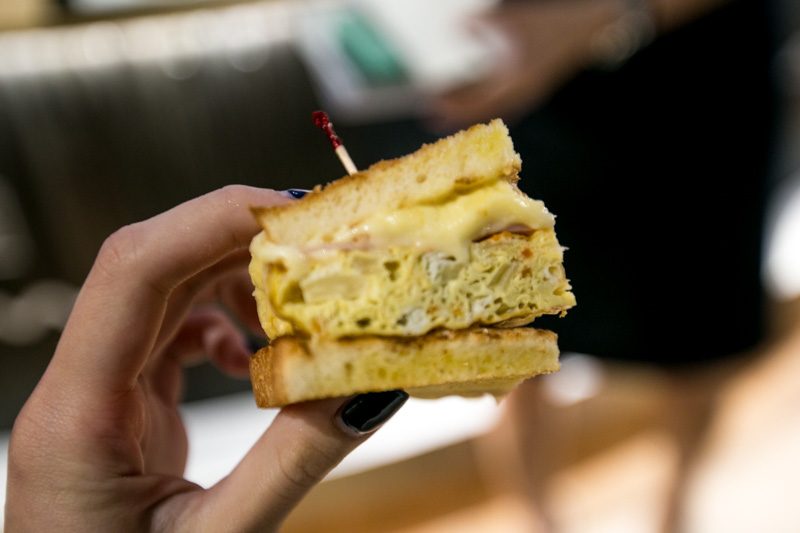 Crisp on the outside, the omelette was fluffy despite the incorporation of onions and cabbage and oozing with melted cheese. This sandwich warmed my stomach, reminding me of the grilled cheese sandwiches I had growing up. 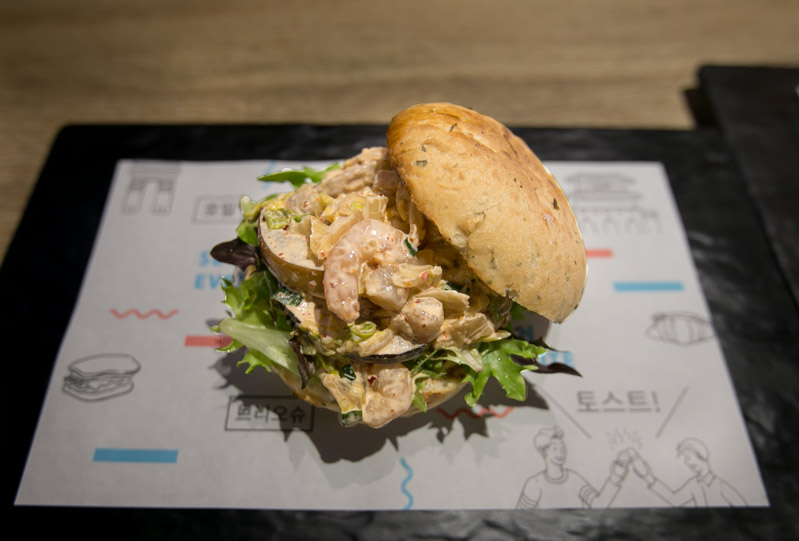 The Kimchi Prawn Cocktail ($7.50) was both refreshing and appetising. Cold prawn cocktail that was coated with hints of kimchi sat atop a bed of mesclun salad. It was definitely a surprising change after the toasty Seoul Street Toast. 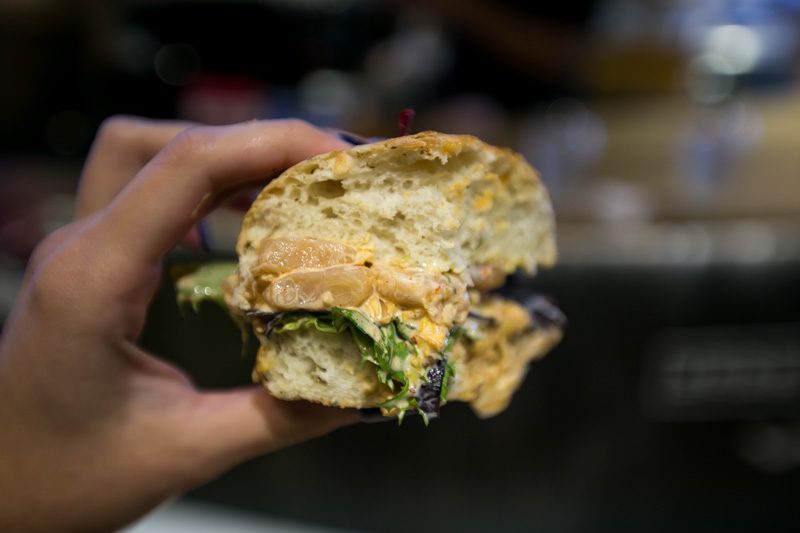 But don’t diss this sandwich before you try it. As Angelina Jolie used to say, “different is good” and this cold, prawn cocktail sandwich, though a stark contrast to the toasty-hot ones we’ve grown accustomed to, has its own merits that make it worth the try. 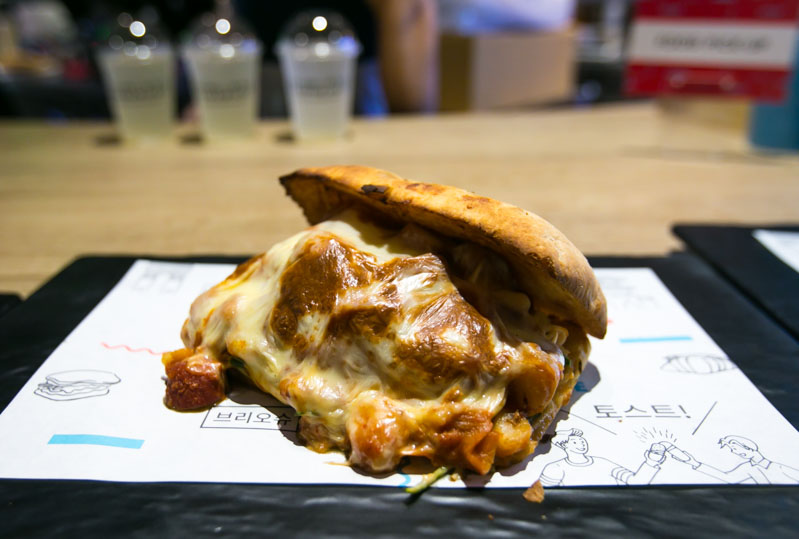 With Singapore’s erratic weather patterns, Korean army stews are my go-to staple on rainy days. I mean, who doesn’t love a hot, steaming pot of soupy delectables when the weather grows wet and cold.

But not everyone has the luxury of time to indulge in Korean army stews. With this in mind, Seoul in a Sandwich has created the Army Stew-ich ($8.50) just for you. 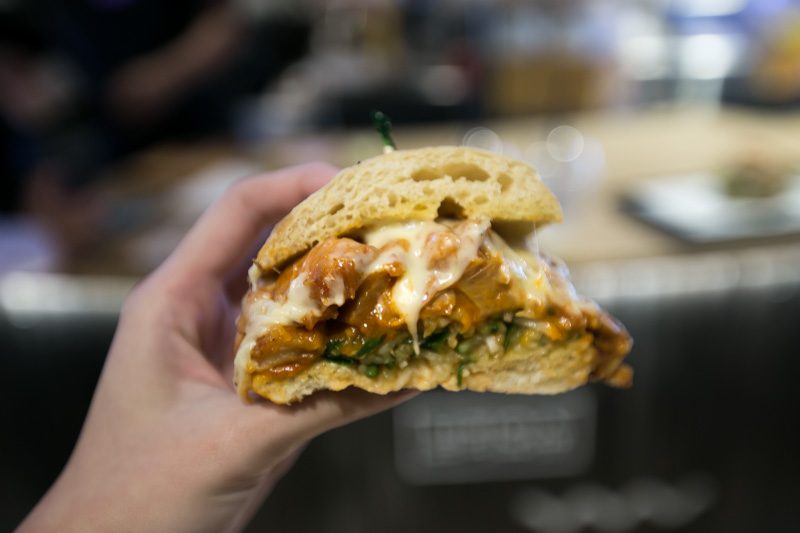 Think army stew, minus the noodles but replaced with bread. That’s about as apt as descriptions go. The hot and steamy army stew was a mixture of chicken sausages and luncheon meat, topokki (Korean rice cakes) and kimchi bits.

Sitting atop a bed of daikon slaw and topped with shredded cheddar and mozzarella cheese, it’s both hearty and convenient, most suited for a quick lunch on rainy days. 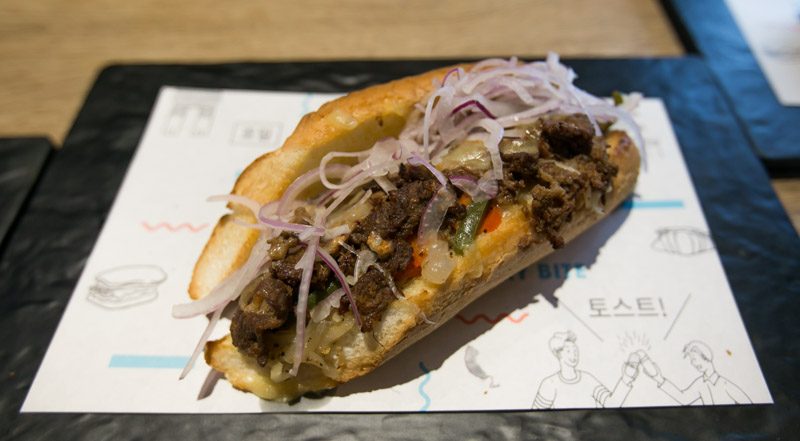 Last on the menu was the Bulgogi Cheesesteak ($8.50) that sounded better than it tasted.

Grilled bulgogi beef and sauteed onions and peppers were sandwiched in a baguette and topped with melted cheddar and mozzarella cheese. 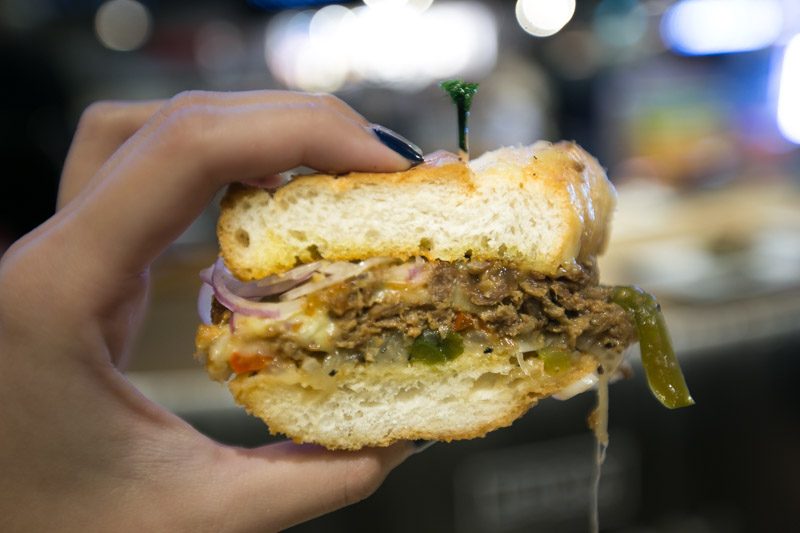 While the onions and peppers were sauteed until soft and the beef still juicy, there was nothing spectacular about it. The beef was slightly too sweet for my liking and overall, the sandwich made me reconsider its $8.50 price tag. After four hearty sandwiches, we had the Pear & Quince Tea ($2.50) that was definitely refreshing to the palate. If you have a sweet tooth, this is the drink for you. It was slightly too sweet for my liking though.

But it was refreshing nonetheless, but perhaps you can request for them to make it less sweet when you order. The friendly chef will definitely try to meet your request.

For someone who stays in Sembawang, I’d think twice before making the hour-long journey to Century Square. But for those who stay or work in the area, head on down and give it a try. Their sandwiches really are warm and hearty, and, as they’ve named it, really does put the flavours of Seoul in a sandwich.