Sing Hon Loong Bakery: Get A Slice Of Nostalgia & Traditional Bread In Whampoa While You Still Can

Lights flicker on in a shop along Whampoa Drive, breaking the monotony of the night. Machines whir to life, and the sounds echo through the store, interrupted by the occasional grunt and snatches of indiscernible conversations. 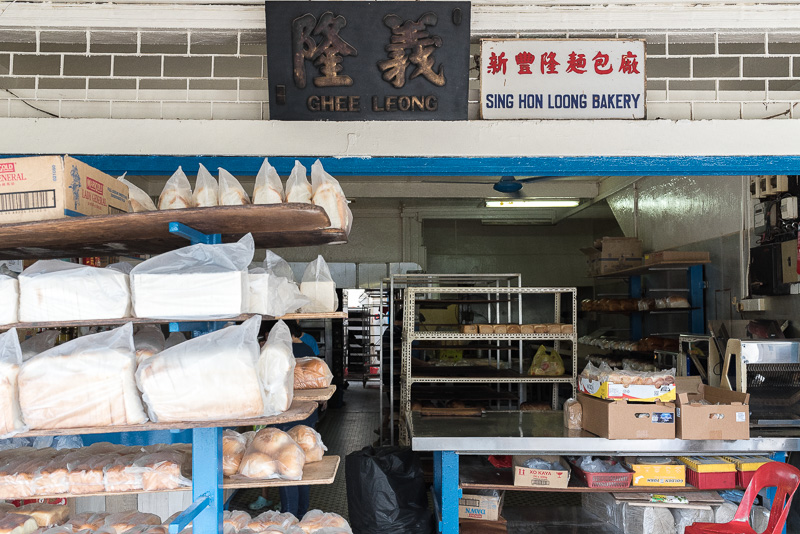 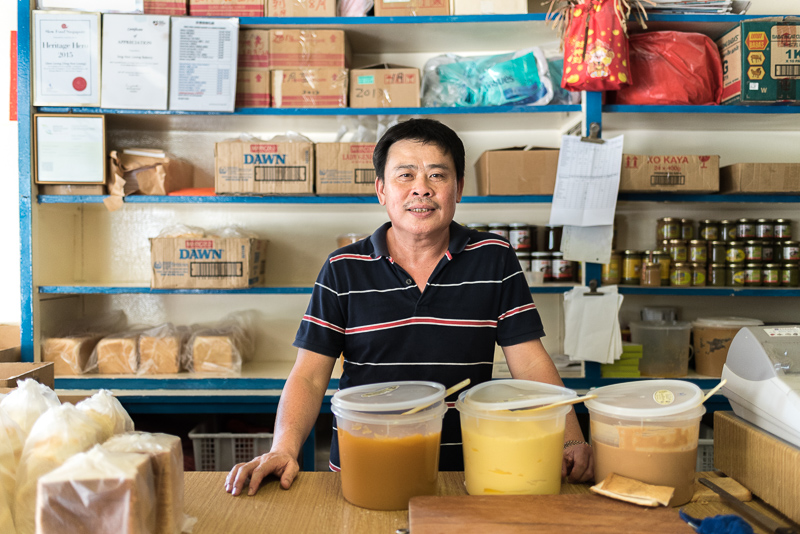 It was originally a family business, he explained. His father used to own a traditional bakery located in the vicinity of Upper Serangoon and since young, he was always by his father’s side, picking up various tricks of the trade.

Recalling those childhood days, he shared that his fondest memory was making deliveries with his father. 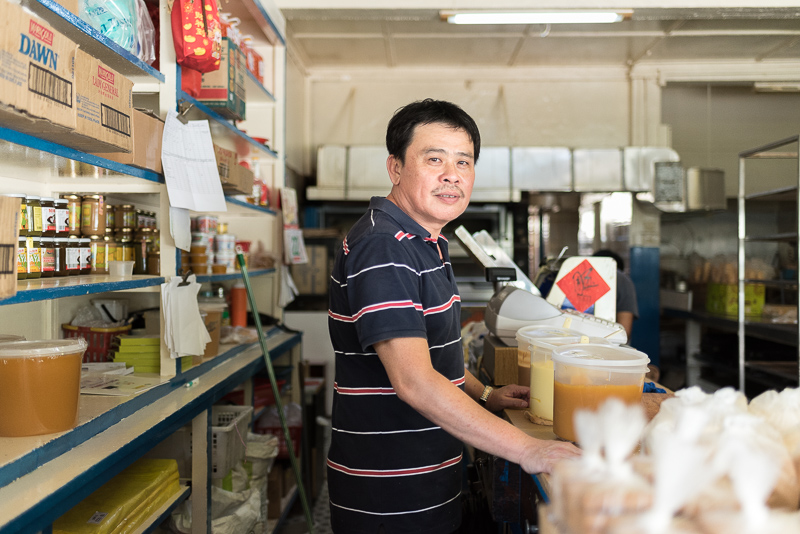 However, when he was 20 years old and fresh out of National Service (NS), his father passed away. Mr Lai decided to take over the business and has never looked back since.

After shifting premises to the current location along Whampoa Drive, he carried on running the bakery with his two uncles. As time passed, he was left as the sole owner.

However, his family chips in wherever they can. His sister, Joyce, helps him with the accounts and PR while his wife often joins him in manning the counter and overseeing the production process. 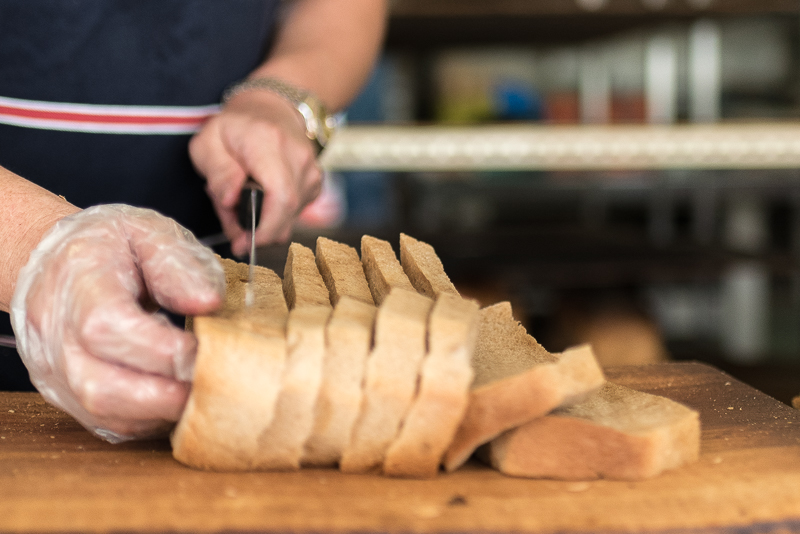 A great deal of effort is needed to create the characteristically light and fluffy traditional bread.

For Mr Lai, the day begins at 4.30am. He is joined by half of his staff, who begin preparations to meet the day’s orders. By 10am, the first batch of bread is ready to be delivered.

He then heads home to rest at around 11am and returns at 5.30pm to meet the second batch of staff. They go on to work until midnight.

As he ran through the bread-making process, I marvelled at how labour-intensive it is. Everything is done from scratch to maintain the quality that Sing Hon Loong Bakery is known for. 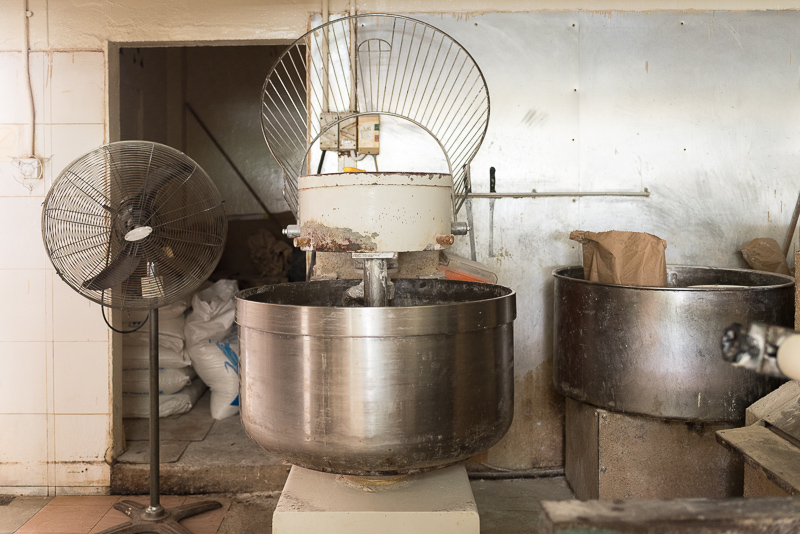 To start off, the workers pour a mixture of flour, water, salt/ sugar and yeast into a mixer. Once the dough is ready, it has to be left for a while before being run through the roller. This step is crucial in creating the fluffy and lightweight texture. Afterwards, the dough is weighed, emptied into the various moulds and left to rest. 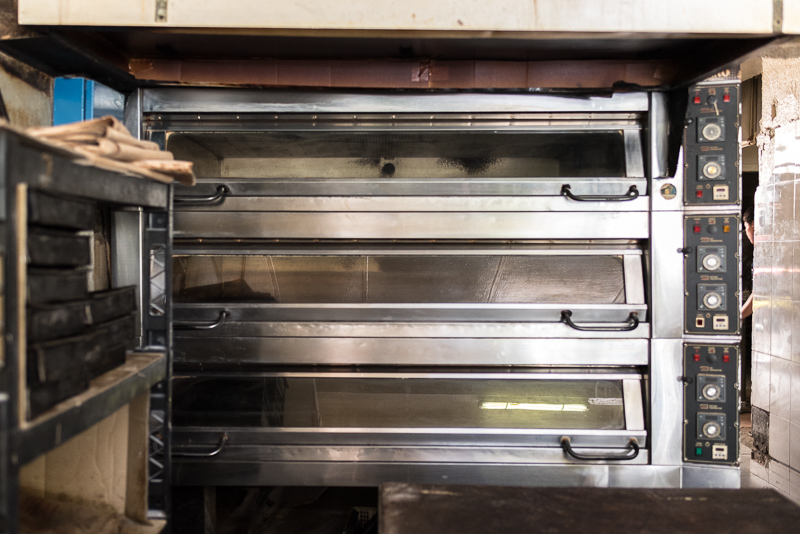 Then, into the oven, it goes. He shared that there was a dip in the demand for traditional bread around the 1990s when hawker centres weren’t selling this kind of bread. But since the early 2000s, business has perked up as coffee shops have shown a renewed interest in traditional bread. 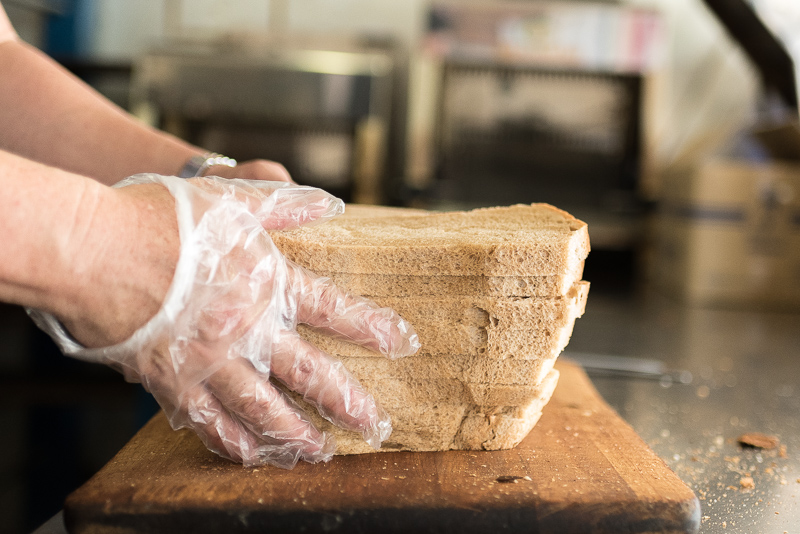 The hallmark of traditional bread is that it’s freshly handmade with no added preservatives. A good piece of bread is airy and soft and usually lasts for about three days. It could possibly last longer if it is stored in a cool environment.

Though Sing Hon Loong Bakery mostly produces bread for retail chains, the shop is also stocked with various loaves of bread for sale. 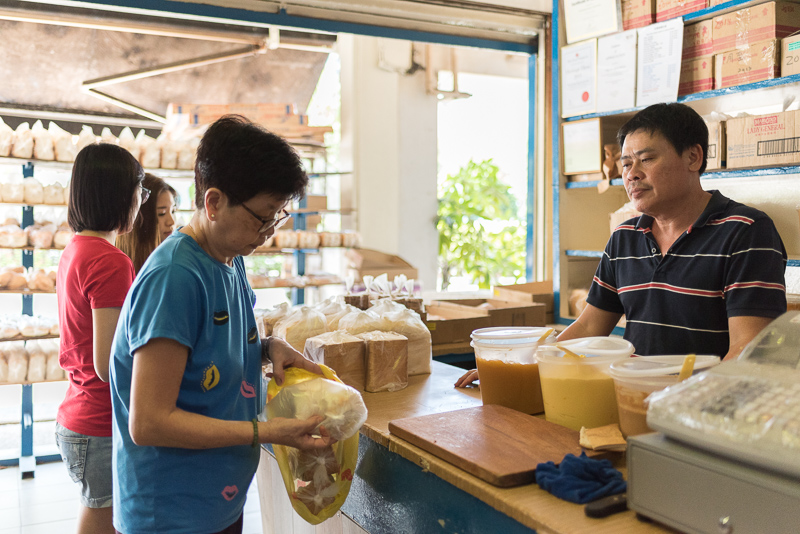 Even on a mid-week afternoon, there was a steady trickle of customers. With most loaves of bread being sold for under $2, it’s little wonder why it’s so popular with residents in the area. 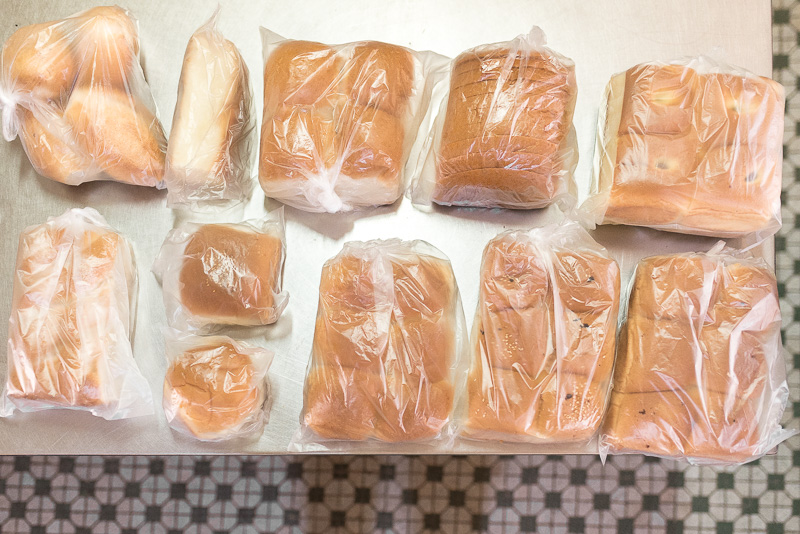 I spotted around 12 different varieties ranging from the traditional loaves to curry/ coconut/ tau sar/ sugar buns, baguettes and more when I was there.

Sing Hon Loong Bakery also sees a fair share of regular customers who drive over from other parts of the island in order to get some of their bread. But, the company’s biggest supporter is Mr Lai himself. Ever since his father’s days, he’s had Sing Hon Loong Bakery’s bread for breakfast every morning without fail.

“You don’t get tired of it?” I questioned incredulously.

“No, of course not!” Mr Lai laughed. “If I get tired of it then my business has to wind down already!”

Skilled In More Than Just Baking

Everyone working in Sing Hon Loong Bakery has years of experience under their belt and it’s apparent from the way they carry out their routines. Take Mr Lai, for instance, whose skills with a knife left me astonished. 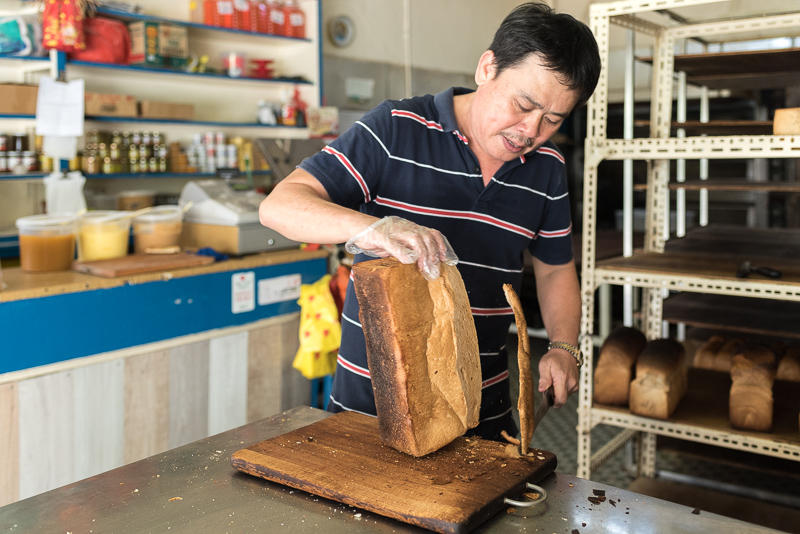 Brandishing a knife in one hand, he sliced the crust off swiftly with just a swish of his wrist. Meanwhile, his other hand flipped the bread around without even the slightest hesitation. 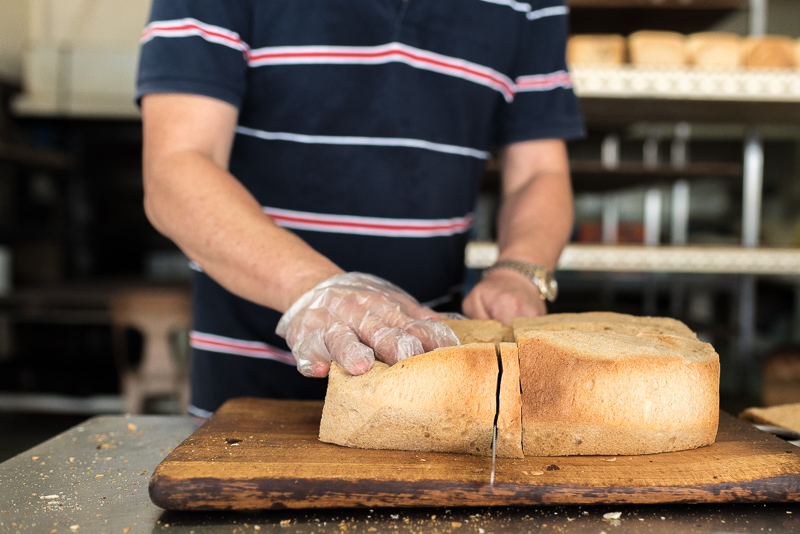 His actions were so fast that before I even registered it, he was done with the crusts and had moved on to slicing the rest of the bread.

“Sorry, slow down, please!” I requested frantically as he chuckled.

There are a total of 15 workers employed at Sing Hon Loong Bakery, with an average age of 60, and all of them have been in this line for most of their lives. “The oldest is 70 and he’s been with me for 30 years,” Mr Lai added. 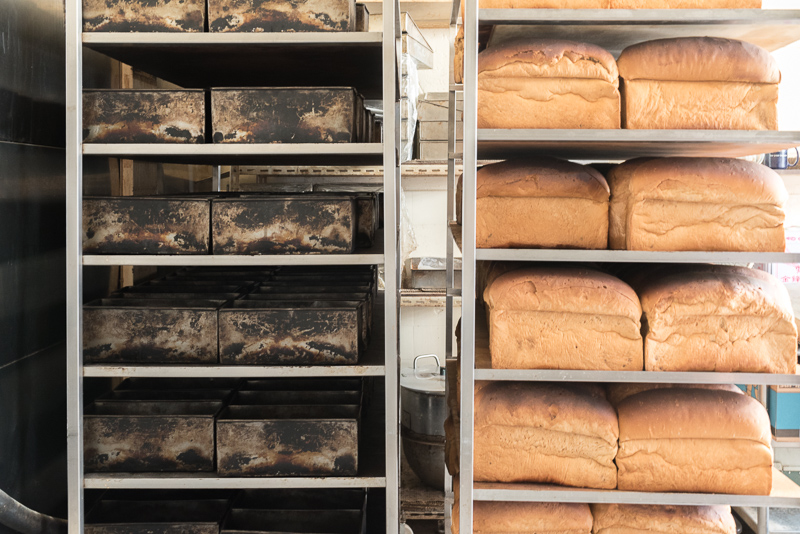 “Every time someone leaves, it’s a big headache,” said Mr Lai. “The hardest part is not being able to get workers,” he added.

The job requires a fair share of labour as well as long and odd hours working in a humid environment. Thus, youths aren’t keen on joining the industry and most of the workers are elderly. When asked about the future of the bakery, Mr Lai said that he doesn’t have any successors in mind. Though his nieces had expressed interest in taking over, they had wanted to implement changes to the workflow.

“But the workers now are all quite stubborn, so they won’t listen to them,” he explained.

“We’re just hoping that the workers can work as long as possible. After that we’ll just have to close down,” said Mr Lai.

That would be a very sad day indeed.