Smith’s: Chomp On Authentic British Fish And Chips Made With Cod, Halibut Or Haddock At Balmoral Plaza Being an avid fan of fish and chips from young, I’ve always wondered if the British version was any different from our ‘local’ version. As such, Smith’s at Balmoral Plaza has definitely been on my radar for awhile. At its core, fish and chips are supposed to be comforting fast food and the decor reflects that with its casual furnishings and a fryer-display of daily offerings.

The main difference between the fish and chips here and elsewhere lies in the fish — instead of the so-called ‘dory’, which is actually ‘pangasius’, a kind of catfish farmed mainly in Vietnam that most places use, Smith’s uses fish such as cod, haddock and halibut as with traditional British fish and chips. 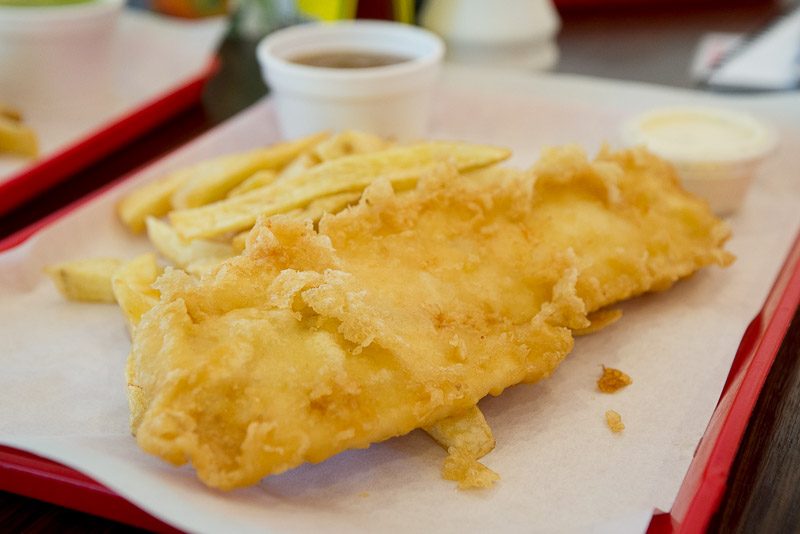 First up was the Cod Standard (180-200gms Fillet) & Chips ($22), which came accompanied with a large helping of chips, tartar sauce and a small bowl of curry gravy. For light eaters, there’s a smaller portion as well at $16.50.

Yes, it may seem pricey for what’s supposed to be comfort food but keep in mind that what you’re paying for is an expensive fish as well as a huge portion of it to boot. 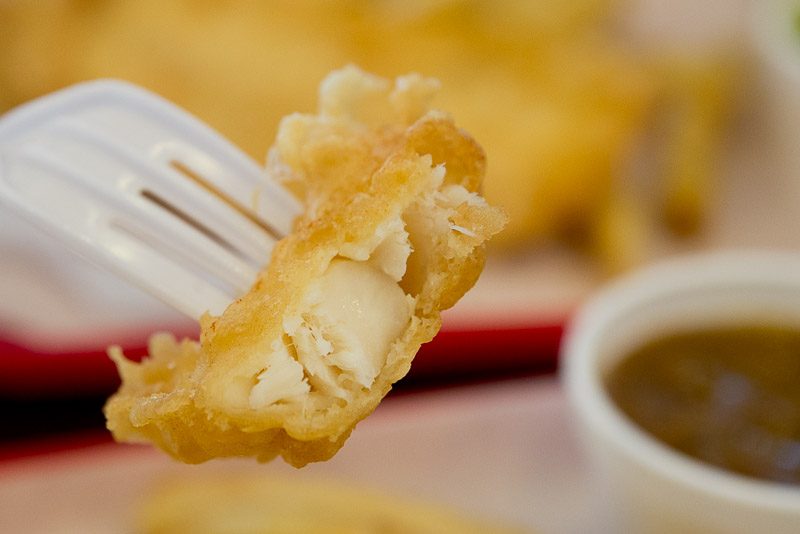 Fried to a beautiful golden-brown, the batter was delightfully crunchy while the cod, decently flaky, was a little drier than I would have liked.

To be fair, I expected an ultra-moist and flaky flesh that you can get at Japanese restaurants, but I guess the deep-frying process must have negated some of that. 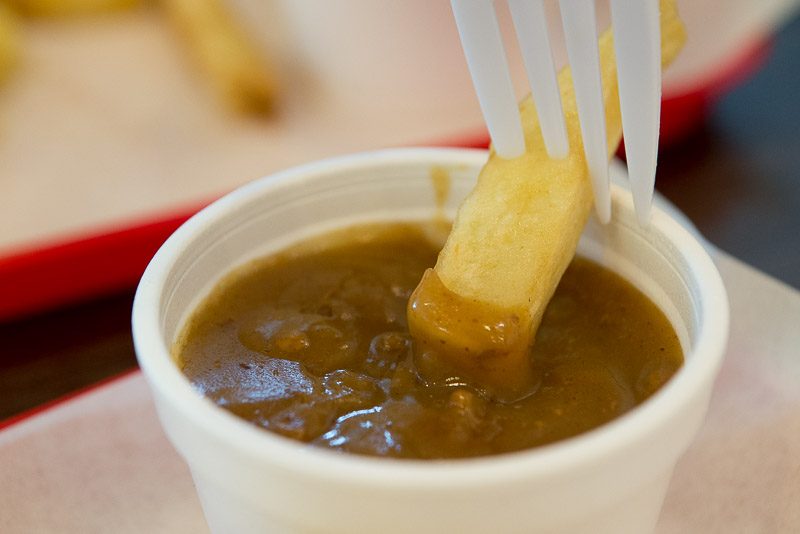 The chips are freshly-cut from whole potatoes (from Cambridge) just before every lunch and dinner service. Unlike the thin and crispy chips that we’re all used to, the version here is thick and fluffy — kind of like a cross between a French fry and a potato wedge minus the crunchiness.

Lacking any discernible amount of heat at all, the curry was quite mellow and subdued in flavour, making it a great option for spice lightweights. 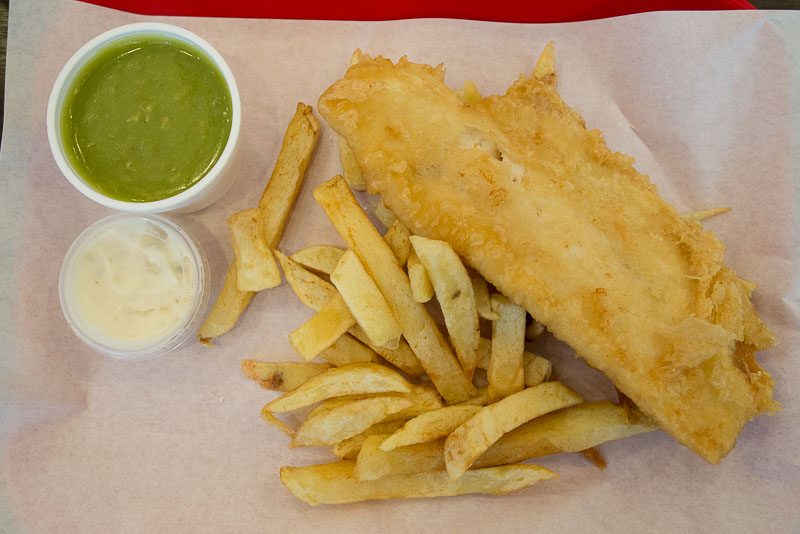 The Haddock Standard (180-200gms Fillet) & Chips ($22) arrived in a similar fashion as well, albeit with a side of mushy peas instead of curry sauce. 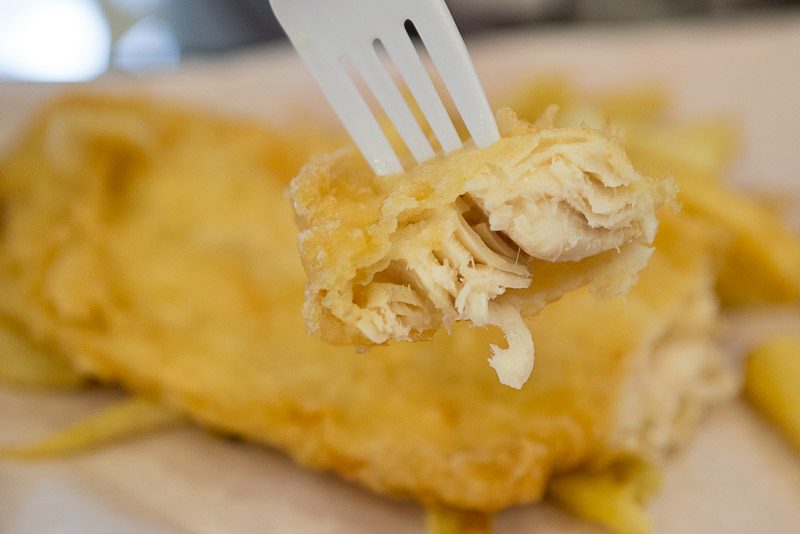 Firmer and flakier than the cod, the haddock was also dense and meaty. Together with the crunchy batter, I actually found myself preferring this over the cod. 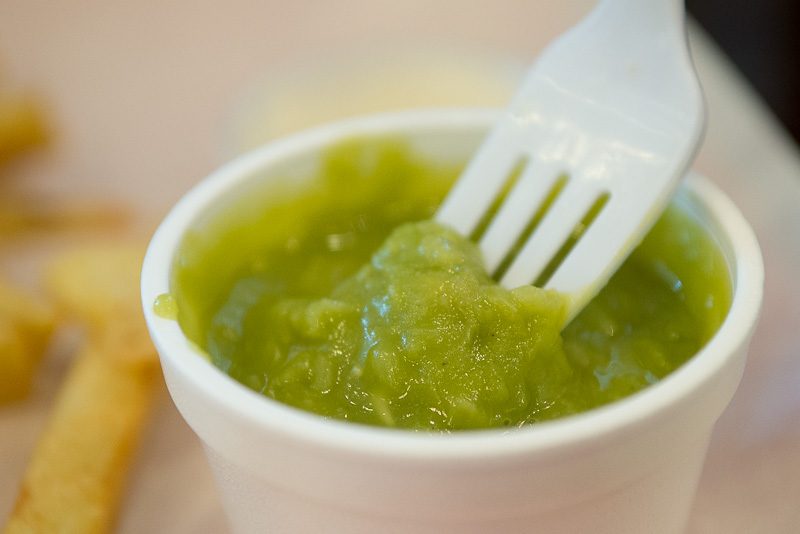 With it being my first time trying mushy peas, it took a little while to get used to. Coarsely mashed, it had a slightly rough texture with a grainy quality to it. Knowing we weren’t going to be able to finish another side of chips, we were kindly offered a mixed platter consisting of some other great items Smith’s has to offer — (clockwise) battered halibut, fried pork & herb sausage, breaded scampi and fish cakes. The Battered Halibut Standard (180-200gms Fillet) ($26, with chips and gravy) was moist, tender and flaky — more so than the cod and haddock.  Out of the three types of fish, I tried today, this was my favourite. 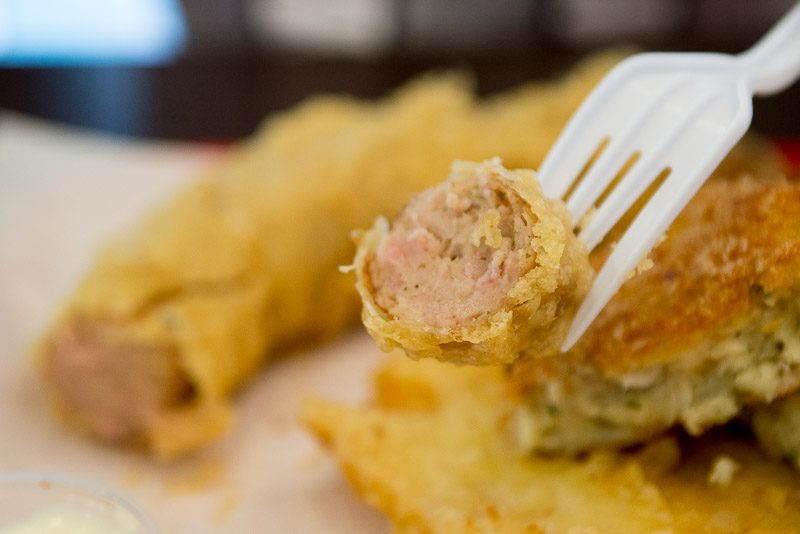 Considering how Smith’s is primarily a fish and chips place, we didn’t expect to be impressed by the Pork & Herb Sausage ($15 with chips, $11 ala carte) but that’s exactly what it did.

The crispy batter made for a great contrast with the tenderness of the well-seasoned sausage. There was just something about how the blend of spices worked really well to complement the sausage filling. 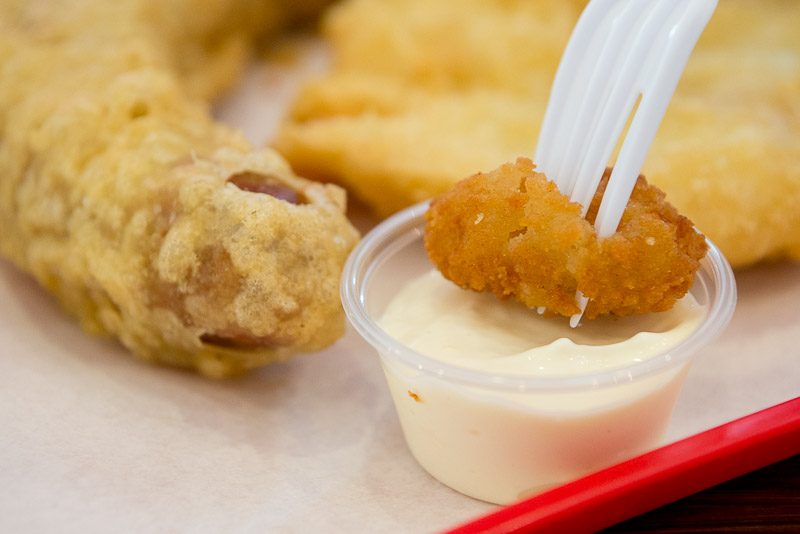 Essentially a kind of shrimp, the Scampi ($12 for around 10 pieces and sides) came encased in an enjoyable crunchy breading and were soft and tender on the inside.

Made specifically to complement the seafood side dishes,  the lemon mayonnaise provided a light and zesty tang, as opposed to the briny acidity of tartar sauce, which helped to cut through the grease. 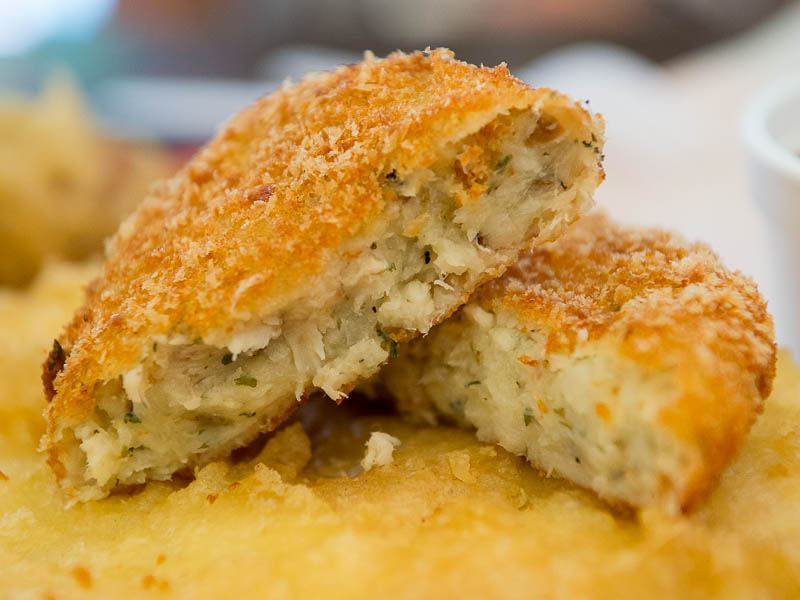 Not to be outdone, the Fish Cakes ($8 for two pieces) was another great side dish.  A mixture of cod, haddock and herbs, I liked how there were still some discernible chunks of fish in each bite.

The contrast between the crunchy exterior and soft mashed potato-like interior was another aspect that I enjoyed about the fish cakes. 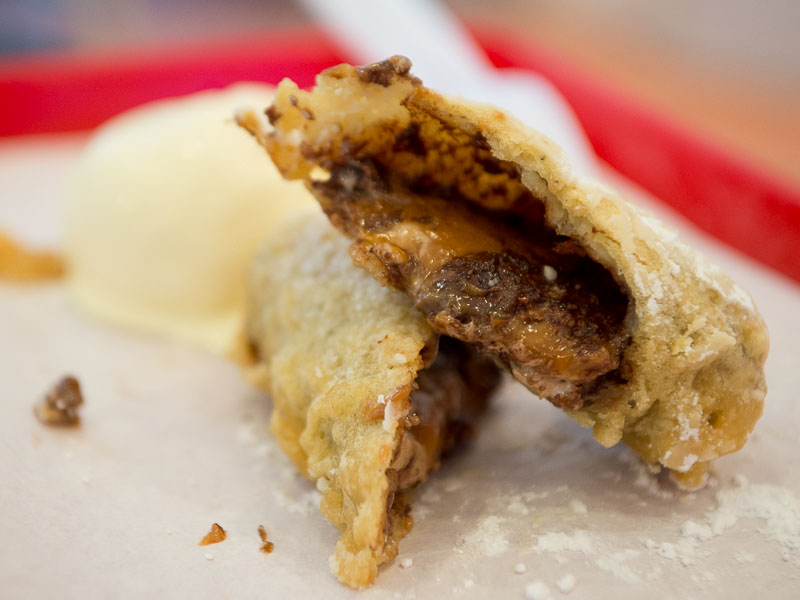 To end off our meal, we tried the Fried Mars Bar ($6), which was rich and indulgent without being overly sweet, surprisingly. What worked about this was the contrast between the crunchy exterior and warm gooey interior.

The scoop of vanilla ice-cream on the side was a nice addition but ultimately nothing much to rave about by itself. Overall, I enjoyed my feast of fish and chips at Smith’s, with the strong performances of the side dishes being a welcome surprise. My only gripe would be the higher-than-average prices.

For those who are keen on trying the fish and chips here but are deterred by the regular prices, Smith’s also has $12 lunch specials, which tend to be either battered or breaded cuts of haddock or dory with chips and gravy.

If you don’t mind paying a slight premium for great tasting fish and chips, Smith’s is the place for you.