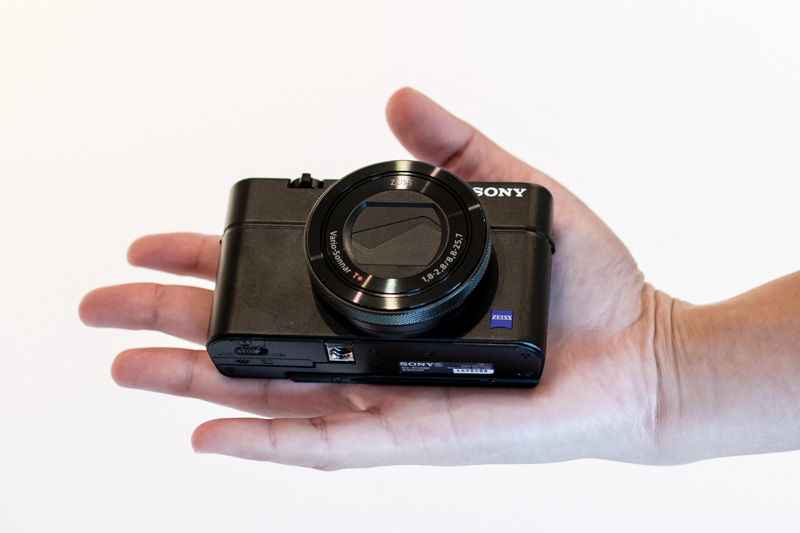 Built with an advanced, 1 inch Exmor RS stacked CMOS sensor, the new Sony RX100 IV is able to shoot at incredibly fast continuous speeds with more image data. This improved spec applies to the shooting of both still pictures, as well as high-rate capture used for recording video moments.

With the improvements of continuous fast shooting, this has allowed Sony to bring its premium compact up another level.

Here are 10 reasons why I think the Sony RX100 IV would make the best travel companion.

1. Shaky shots are a thing of the past 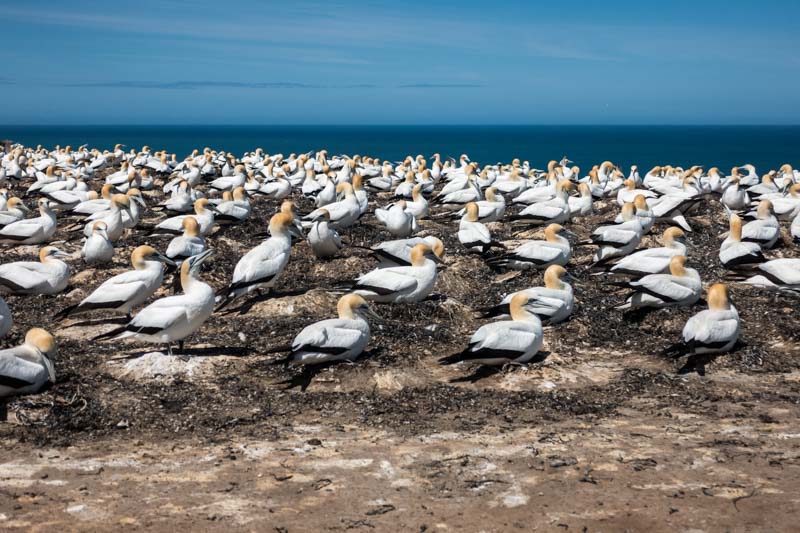 An especially useful feature for the traveler who wishes to capture traverse shots of beautiful scenery during his trip. This feature comes in handy when the traveller has limited time to capture shots and can only depend on his 2 hands for support (barring the use of a tripod).

2. Slim, light and compact body to easily bring around 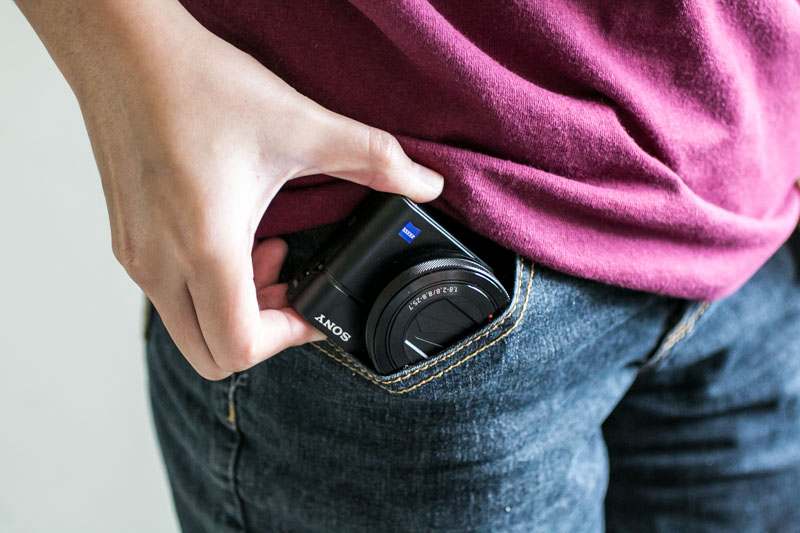 Who wants to lug around a heavy DSLR while traveling overseas, especially on the unbeaten path? The Sony RX100 IV is just 41mm thick and weighs a measly 298g, fitting nicely into your back pocket ready to be whipped out when the circumstance arises.

You won’t miss any special moments with this camera that follows you along every adventure you go.

3. Continuous shooting for that perfect shot Endowed with the feature of high speed continuous shooting (16 FPS to be exact), the Sony RX100 IV can capture all the right moments within seconds. You don’t have to worry about missing out on that well-timed jump shot now if you just keep shooting continuously!

Capture the perfect magical moment with the sheer power of numbers. After so many shots, even one has to be insta-worthy, right?

The Sony RX100 IV is essentially a pocket-sized camcorder that allows the user to capture up to a 29-minute long video. An amazing spec packed within a handy camera, that saves one the hassle of lugging a another heavy video-recorder or camcorder that makes video-recording easy for keepsake.

Another amazing highlight of a compact camera that astonished me lies in the ability of the Sony RX100 IV to record high frame rate, slow-motion clips as part of its video recording function.

This feature allows the user to capture actions which he wouldn’t normally see if it wasn’t in slow motion. A function that is especially useful in slowing down fast action shots to see the beauty of movement. 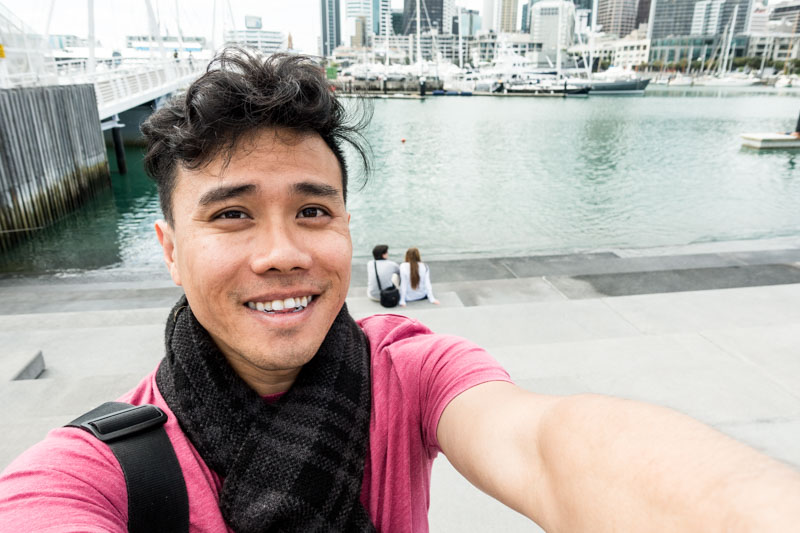 Armed with a tilting 3 inch LCD Monitor, one can adjust the monitor to an easily viewable angle and shoot while looking at the screen – the LCD Monitor can be flipped to a 180-degree angle to have it facing you.

With the relatively wide screen, the Sony RX100 IV is able to capture an effective selfie with a commendable background, even when the camera is held at just arm’s length – an impeccable tool for shooting those nice Instagram selfies.

The wide 24 – 70mm lens also allows more people to fit into a single selfie shot. Hence, the Sony RX100 IV also has the capability of shooting trendy we-fies that capture wonderful moments of camaraderie when one explores the world with friends. 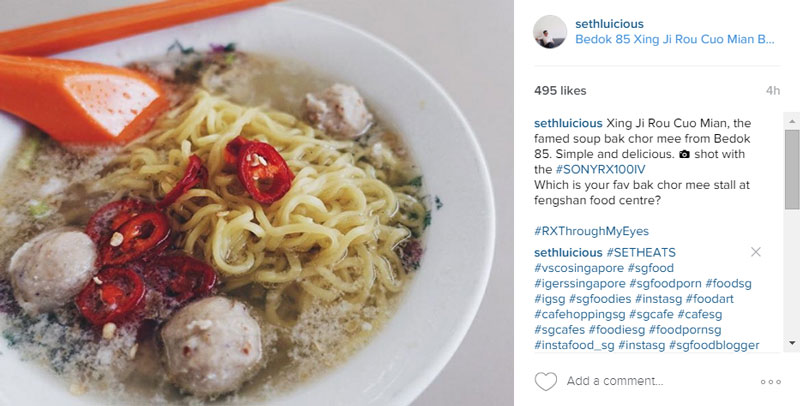 With social media being a huge driving force for interaction as well as the sharing of information, the availability of a direct Wi-fi connection between device and computer for data transfer is invaluable.

Equipped with Wi-fi connection with NFC (Near field communication), the Sony RX100 IV allows the user to directly and wirelessly upload photographs and videos onto a computer device or smartphone. This is done through PlayMemories, an app you can download via your app store. 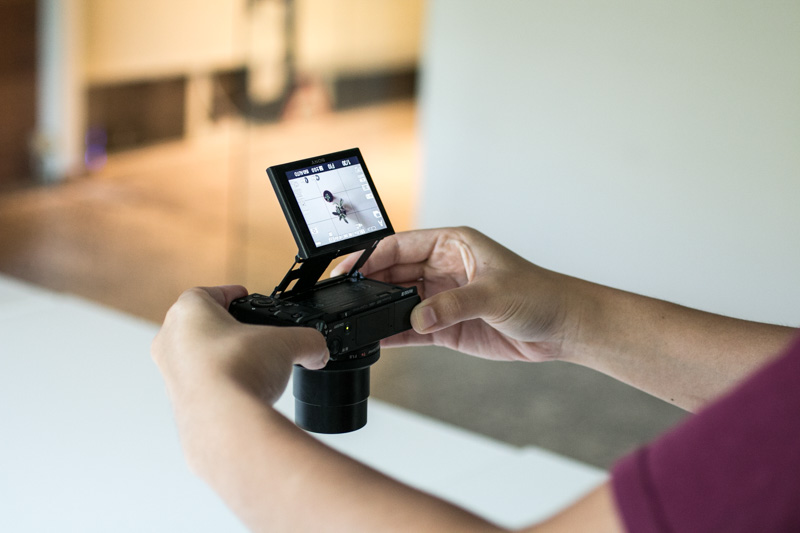 Putting the Tilting 3″ LCD Monitor into good use allows for the user to adjust the monitor to a perfect angle of view, especially for shooting top-down product shots.

Gone are the pains of straining one’s neck in struggling to view and capture the best bird’s-eye-view image or having to stand on a chair. Especially useful during circumstances when it is difficult to hold the camera right above the object to be taken. 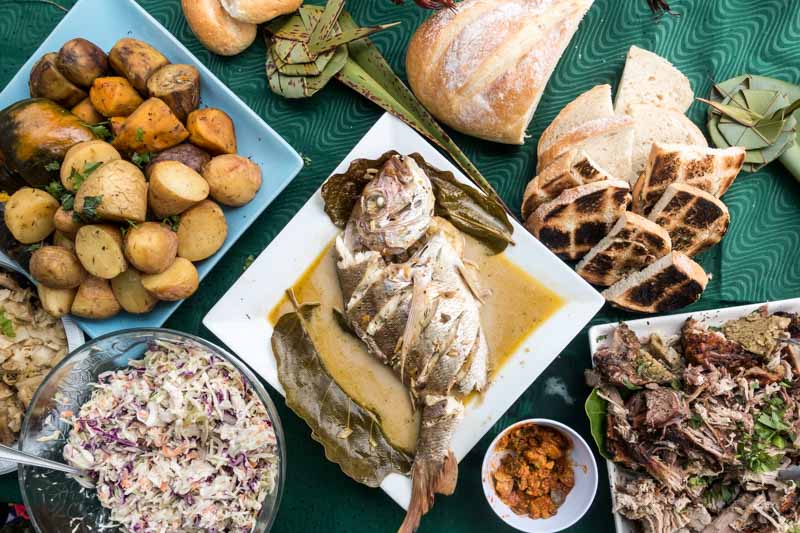 With the current #flatlay trend on Instagram, I suppose most of us are familiar with the many pictures of people laying out the pretty things they have and snapping a top-view photograph from above. With the help of the tilting monitor, the Sony RX100 IV is a friendly tool in helping to achieve an excellent flat lay shot of one’s overseas shopping trophies.

Again, with the wi-fi upload capabilities, one can easily show off your flat-layed bounty on social media. 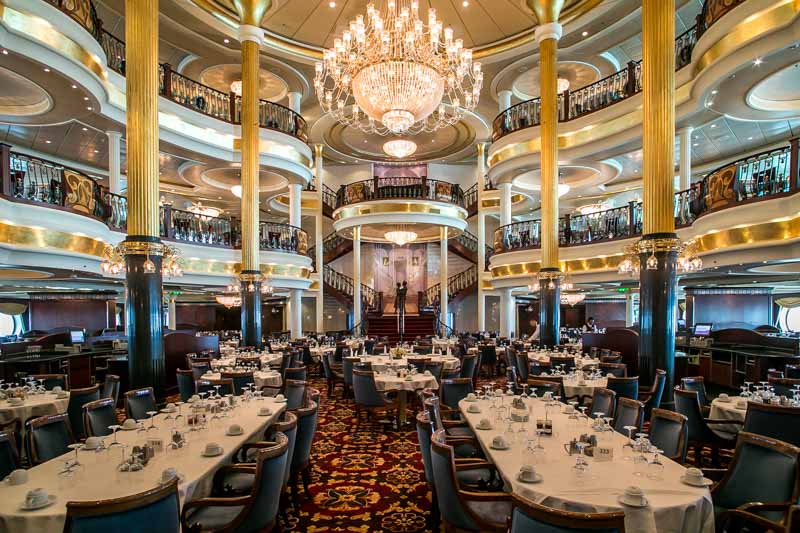 The Sony RX100 IV is geared with the ZEISS Vario-Sonnar T* lens, a lens of a premier design that guarantees superior imaging quality throughout its large focusing range.

ZEISS T* refers to the anti-reflective coating of the lens, that has the ability of minimising stray light from entering. The result is sharp images with excellent contrast.

A lens that is able to bring out the essence and beauty of landscapes and cityscapes, the Sony RX100 IV’s optimal lens will enhance your travel photography.

9. Sharper shots in the dark 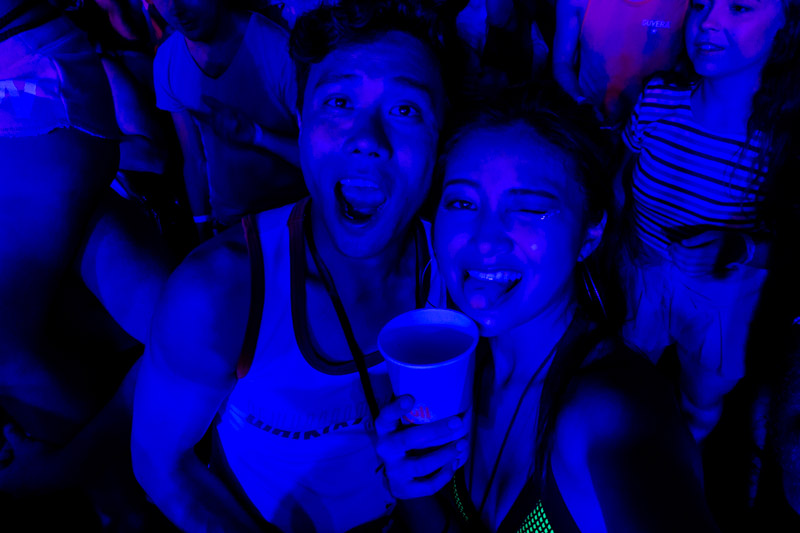 With a wide range of ISO sensitivity (up to 12,800!), the Sony RX100 IV is great at capturing shots even in the dark, dank corners. To maximize available light, the camera shoots in a wide aperture of F1.8 as well.

The result is a clean, relatively low ‘noise’ image with the avoidance of a grainy photo. 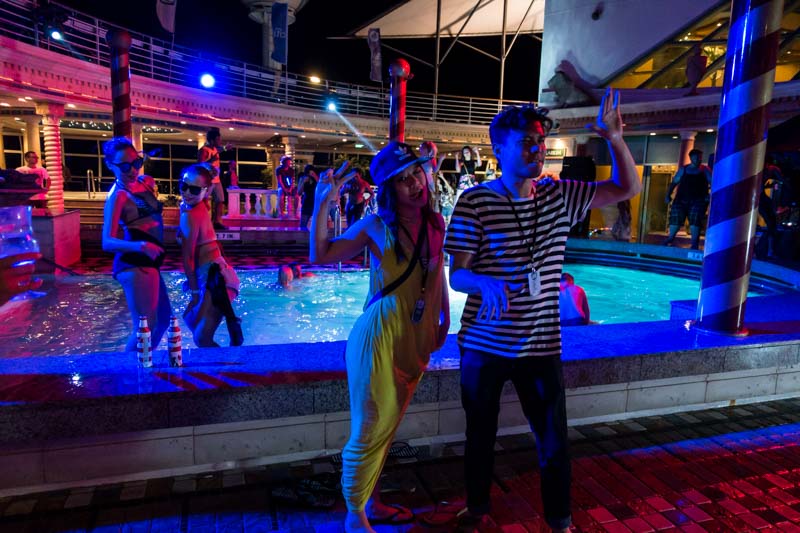 The wide range of ISO is the designation of the Sony RX100 IV as an ideal camera for shooting and recording beautiful nightlife scenes during travel. Gone are the worries of ‘noise’ polluted and grainy night shots.

Still think there’s too much ‘noise’ in our image? There’s also an in-built flash unit to provide fill flash in low light situations so you don’t have to carry an external flash around.

10. View images as how they are captured in the EVF 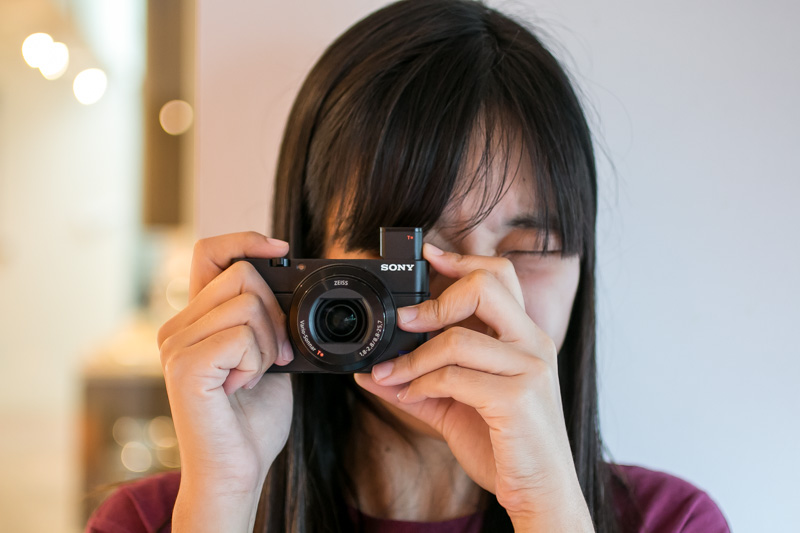 Equipped with a pop-up, high resolution 2.36m dot electronic viewfinder (EVF), users can see exactly how their images will be captured from the electronically composed image in the EVF.

Travelers have the option of switching to the EVF mode when wishing to shoot images with intricate displays and preview how their images will turn out on screen.

This feature is ideal in capturing images of illustrative artwork, design or scenery during one’s visit to heritage places when on travel.

Hope you’ve found this article useful in your search for a travel camera. The Sony RX100 IV is no doubt a good portable camera, although on the pricier end for a compact. This article was based on our personal experience with the Sony RX100 IV, which retails at S$1,399.