This one’s for all you Central Business District (CBD) folks! If your office is located in the heart of the city, then you’ll definitely understand the chaos that is lunch hour down at the CBD.

Instead of jostling with the crowd, we know just the place you can escape the said horde, and eat healthily while you’re at it! 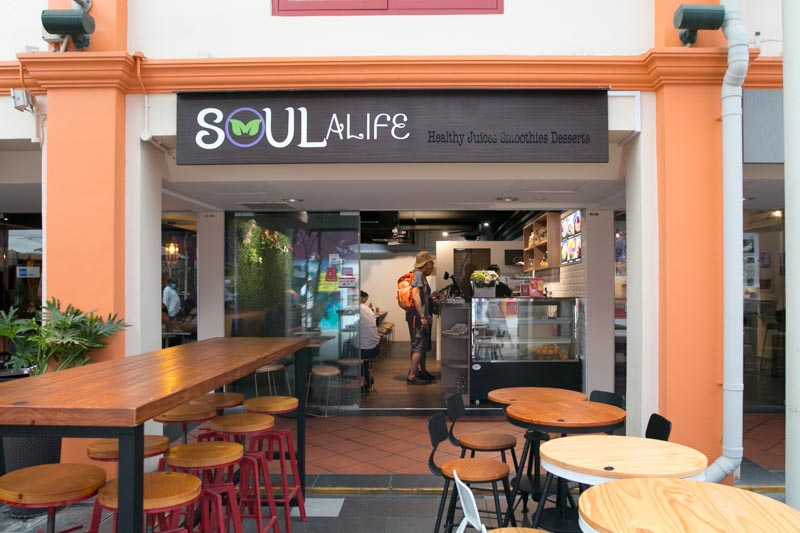 Situated in the middle of China Square, Soul ALife is a cute little place where you can get your vegan food fix, and has seating areas both indoors and outdoors to accommodate a lunch crowd. So don’t worry, there won’t be any ‘choping’ of seats with your name cards. Whether you’re vegan or you just want to have a go at vegan cuisine, Soul ALife is certainly worth a shot. 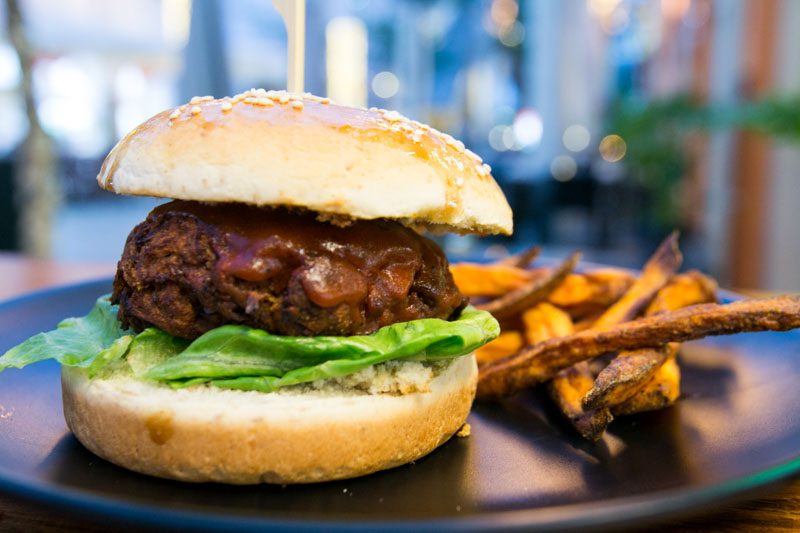 First up was their signature BBQ Burger ($9.90) that looked just like a regular meat burger, except that the patty was made from mushroom stems and spiced soya chunks instead of the usual soy that most vegan eateries use.

Upon sinking my teeth into the burger, the chewy mushroom stems were immediately apparent to me. While I still love my good old beef burgers, I thought that the texture of the mushroom was a rather refreshing change.

The staff over at Soul ALife also explained to me that all sauces, such as the BBQ sauce are all made in-house, so you know that they’re fresh but that also means that once they run out for the day, you’ll have to come back another time for a chance to try it! Next, I was served the Ultimate Combo ($10.90), which was sourdough toast topped with guacamole, scrambled tofu feta, tomatoes and mushroom. This was hands down the prettiest dish of the night, boasting different colours from all its different elements.

To me, the most interesting part of the Ultimate Combo was that the tofu feta really managed to emulate actual scrambled eggs in terms of both its texture and taste. I must say this was a personal favourite. 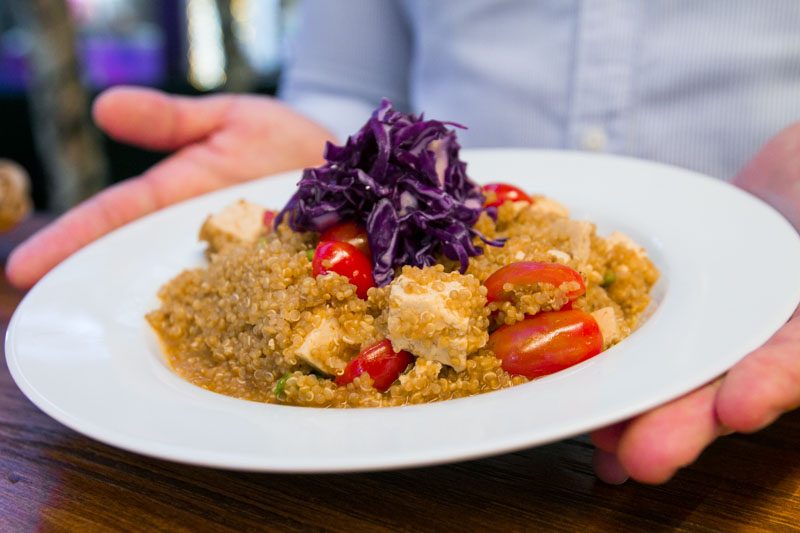 Another dish which I really enjoyed was the Thai Style Quinoa ($11.90), marinated with tangy Tom Yum flavours. The tom yum taste wasn’t too overpowering so I could savour the flavours of the other elements on the plate too, such as the tofu and cherry tomatoes.

What stood out to me about this dish was the great texture contrast between each component, which kept me on my feet with each bite. Vegan Mac and Cheese ($7.90) was naturally one of the more anticipated dishes for me, but I was left with mixed feelings about it. Just like their BBQ sauce, the cheese sauce is also made in-house and while the dish definitely looked the part, it just wasn’t the same as actual cheese.

Made from miso paste, the vegan cheese sauce was undoubtedly palatable and had the right amount of creaminess. However, it simply lacked the same depth of flavours as real cheese. 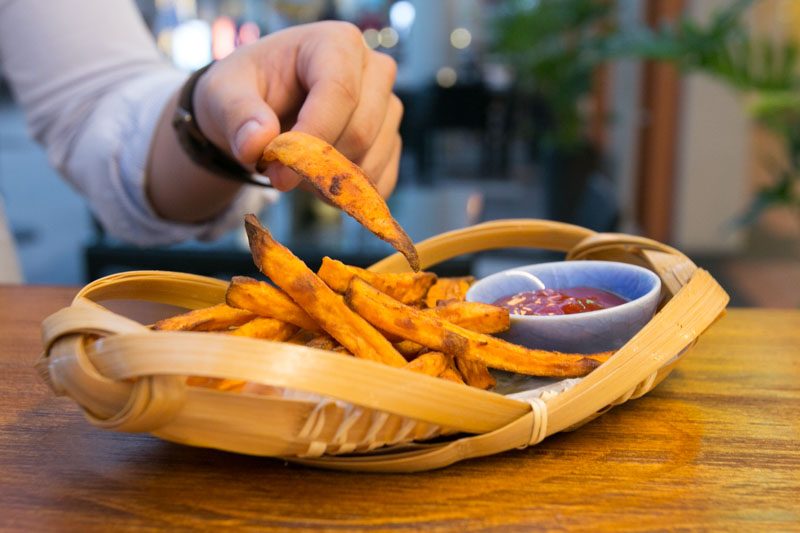 Mains aside, I got to enjoy the Sweet Potato Fries ($3.90), which is a great alternative to regular fries if you’re looking for a snack that won’t hurt your waistline!

I was thrilled to find that their fries weren’t oily at all, and the staff later told me that they air-fry their hand-cut Sweet Potato Fries, which explains the airiness of them. 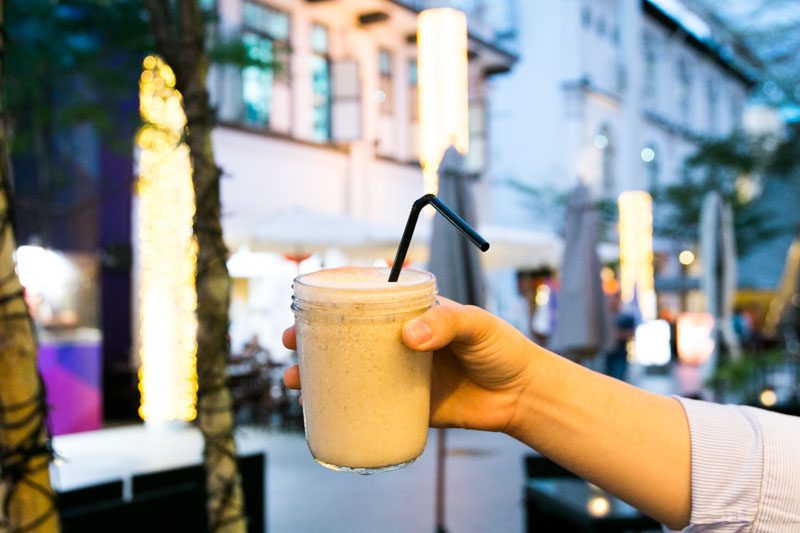 The drink I had was the Pro-oatein Smoothie ($5.50), which was a blend of banana, oats, almond butter, vegan protein powder, soy milk and chia seeds. I was really excited to try this one and was greeted with a party in my mouth. I’m guessing is this where vegan gym junkies get their protein fix?

I learned that apart from catering to her fellow vegans, owner Lee Ting has also incorporated gluten-free options to ensure that everyone can get an equal opportunity to enjoy vegan food, which I found incredibly inclusive and thoughtful.

If you’re itching to switch things up during your meals, take a trip down to Soul ALife for a vegan treat! Produce explained: 9 cuts of tuna sashimi for a swimmingly good...