Finally, a local sushi bar that doesn’t have a pretentious Japanese name. If the name Southpaw sounds familiar to you, you’ve probably seen the film with Jake Gyllenhaal as a left handed boxing champion because that’s exactly what inspired it. 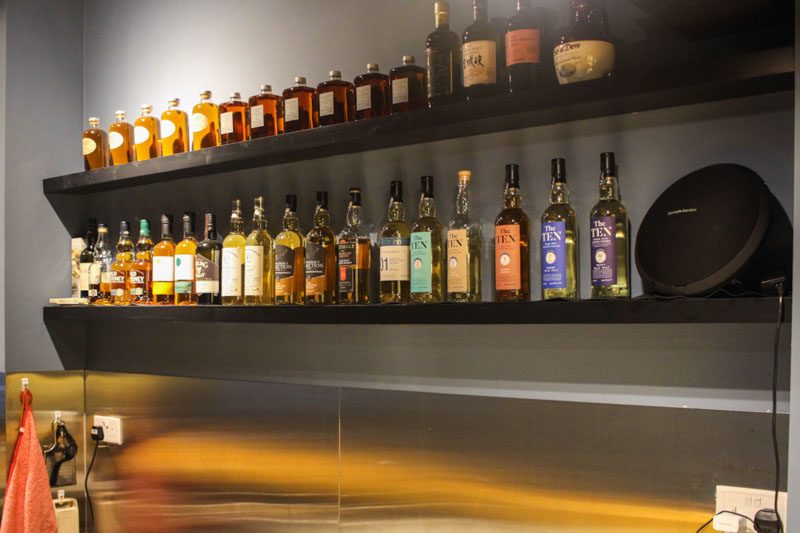 As the name suggests, they’re certainly not the run-of-the-mill Omakase bar because they offer whisky and bourbon pairings with their dishes, aside from the usual sake that most of us are accustomed to having with Japanese cuisine.

Owner Roy Ng is a whisky connoisseur who collects all sorts of limited edition bottles so you can rest assure that you’ll be getting quality shots to go with your sashimi and sushi. Cosily tucked along Cavan Road, the bar with only twelve seats isn’t the largest of spaces but it’s without a doubt, one of the more comfortable food establishments I’ve been to recently.

The compact space also happens to make for a far more intimate setting, which I’m sure most of us will enjoy every once in awhile. Helmed by Chef Kenny Khoo who has had more than seven years of experience with Japanese cuisine, we were treated to the $98++ set that came with a total of seven different dishes prepared in front of us. For starters, we had the Canadian Rock Oyster that was incredibly smooth and filled with creamy goodness. This was paired with The Ten No.3 (+$9 per shot), a single malt whiskey that is recommended to be poured into the shell itself and drunk straight out of it.

The smokiness of the whisky combined with the brininess of the oyster was really something else. 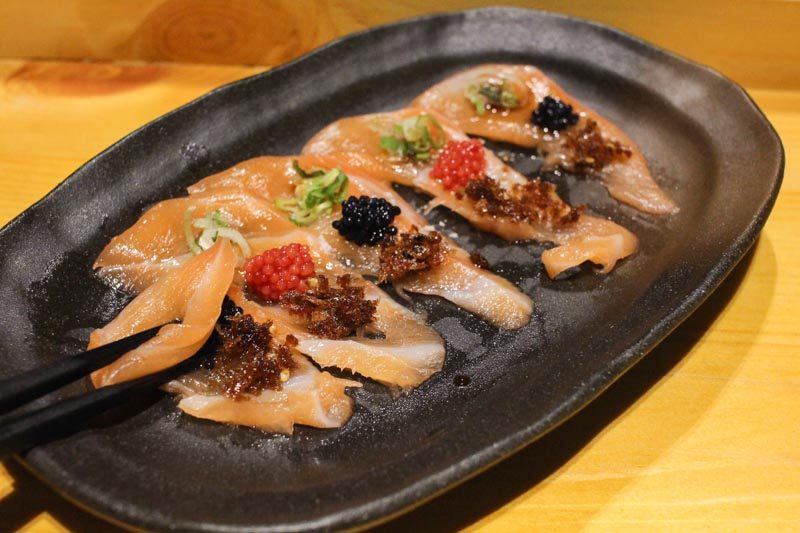 As yet another appetiser, we had the Carpaccio that consisted of thinly sliced salmon topped off with red and black caviar, bonito flakes and a handful of spring onion.

Since this was already doused in soya sauce, truffle oil and a sprinkle of rock salt, no extra condiments were needed. Following that, we had the Sashimi Platter which was made up of Tuna with Sauce, Sweet Shrimp, Tuna Belly, Kanpachi and Scallop.

Each cut of sashimi was undeniably fresh and paired so well with the hand-grated wasabi paste and shoyu sauce on the side. 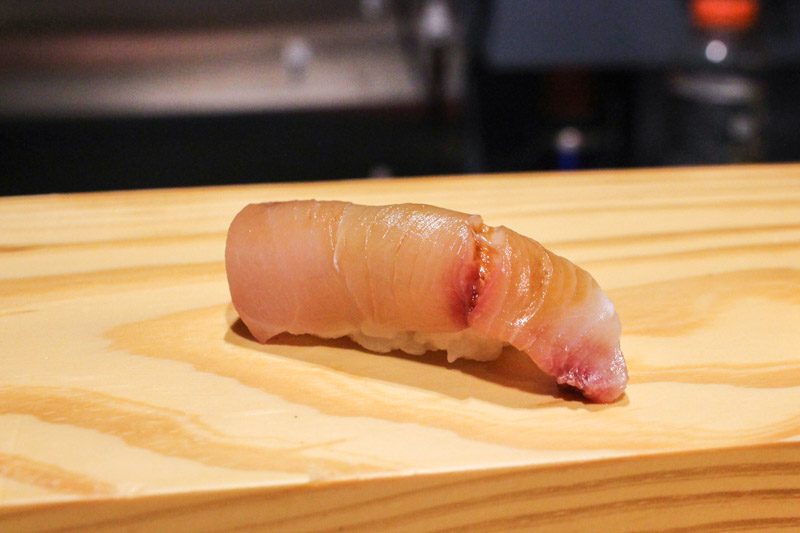 Next, we had the Assorted Sushi (7pcs) and were delighted to find that every piece of sushi rice held nicely and didn’t fall off easily as most do.

The Hamachi came with hand-grated wasabi paste accompanied by soya sauce and served to whet our appetites as we waited for more from the sushi selection. 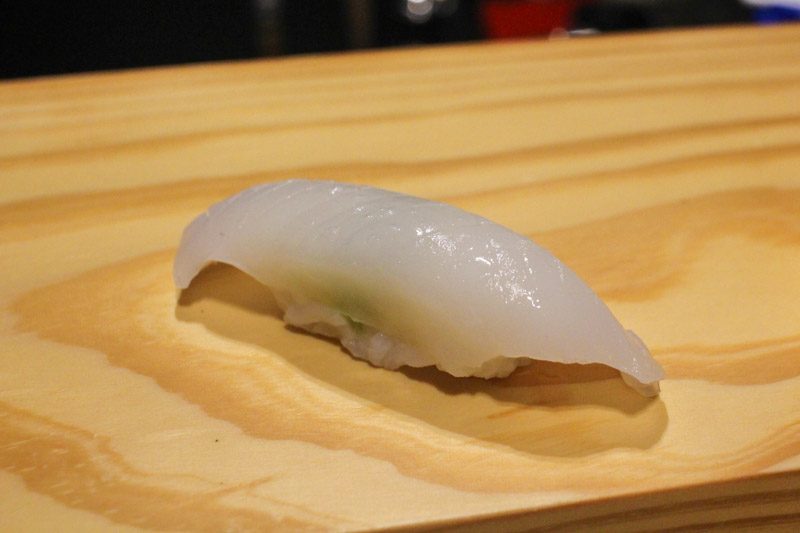 Seasoned with rock salt and drizzled over with lemon, the Ika sushi was the second pick for the night. The squid itself was fresh with a smooth texture and wasn’t rubbery at all which made it rather enjoyable to have. 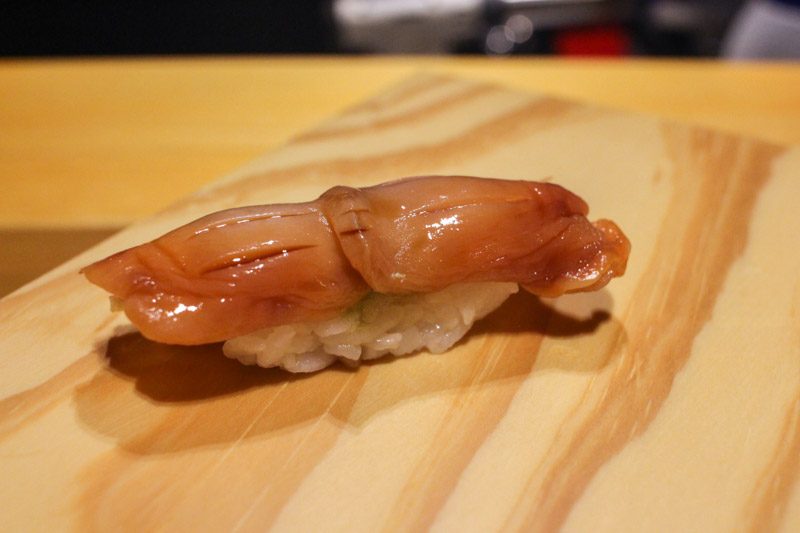 The Japanese Artshell was one of our favourites as it had a chewy texture that went especially well with the wasabi paste underneath. 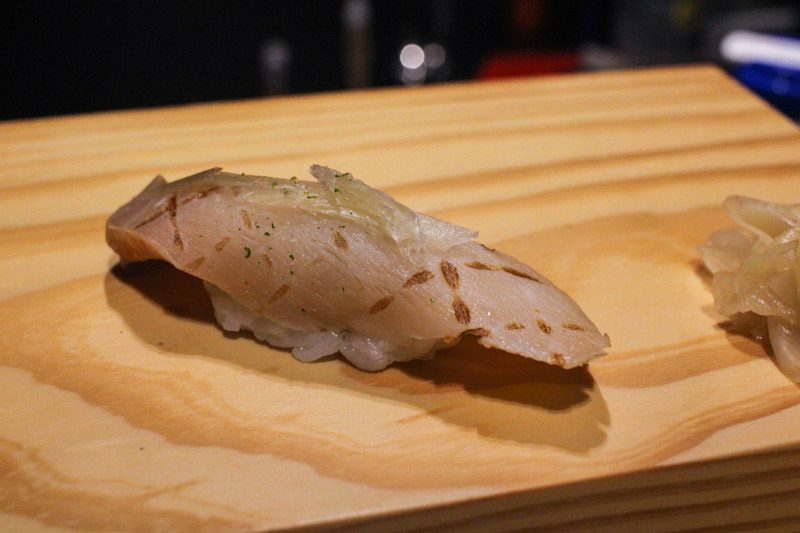 For that, I would say that the amalgamation of different flavours in the fish is truly commendable. 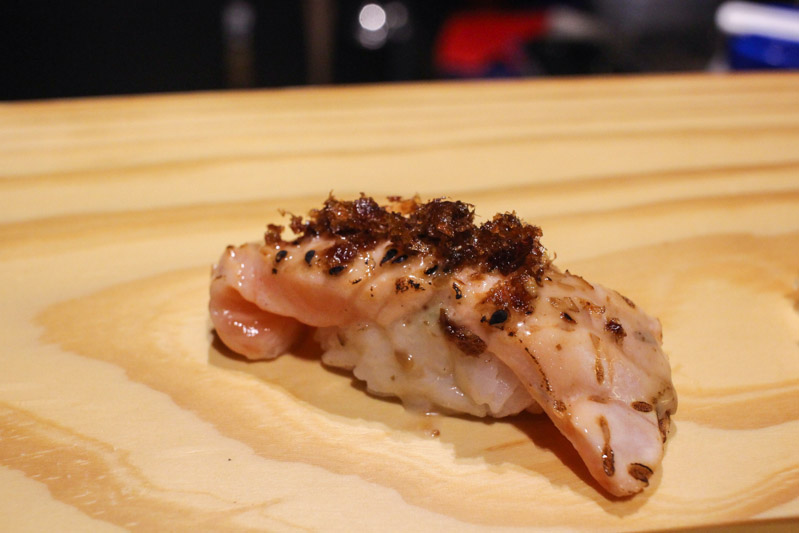 Salmon will always be a popular pick among diners so naturally, we couldn’t fault this sushi combination.

What sets this apart from the typical salmon sushi though, is the chef’s use of sesame sauce topped with a good amount of bonito flakes to enhance its flavour instead of just the usual soya sauce. 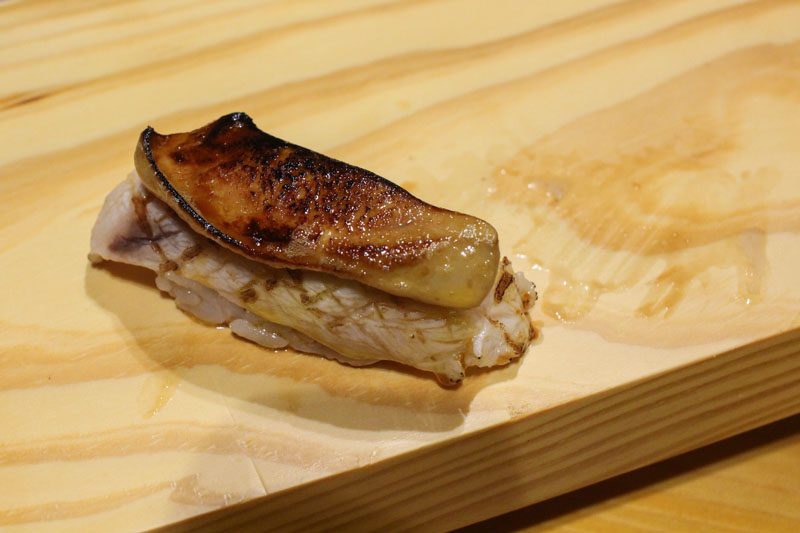 Last but not least, we had the Sword Fish with Foie Gras sushi. This melt-in-your-mouth combination was pretty ingenious as the torched liver was practically oozing with juices that coated the rice perfectly. Next up, we had the Temaki or Maki Roll. While this was nothing out of the ordinary compared to the other sushi renditions, the final burst of umami from the tobiko really ended the sushi segment of the meal nicely. After having all that raw food, a piping hot bowl of Miso Soup will be just what you need. Once you down this robust broth with fresh clams, you’ll definitely be able to cleanse your palate and get rid of the fishiness! To end off on a sweet note, we were also given a dessert as the final part of our Omakase meal. Imported straight from Japan, the Matcha Ice Cream with Azuki Beans is indeed the sort of treat that you can’t go wrong with.

As Southpaw doesn’t offer lunch services, those intending to dine in should head over to the cosy restaurant-bar during dinner time!

You’d be surprised by how well its sushi and whiskey pairings are curated — who knows, you might even ditch sake after this.