“The most popular Chinese restaurant of the past era” 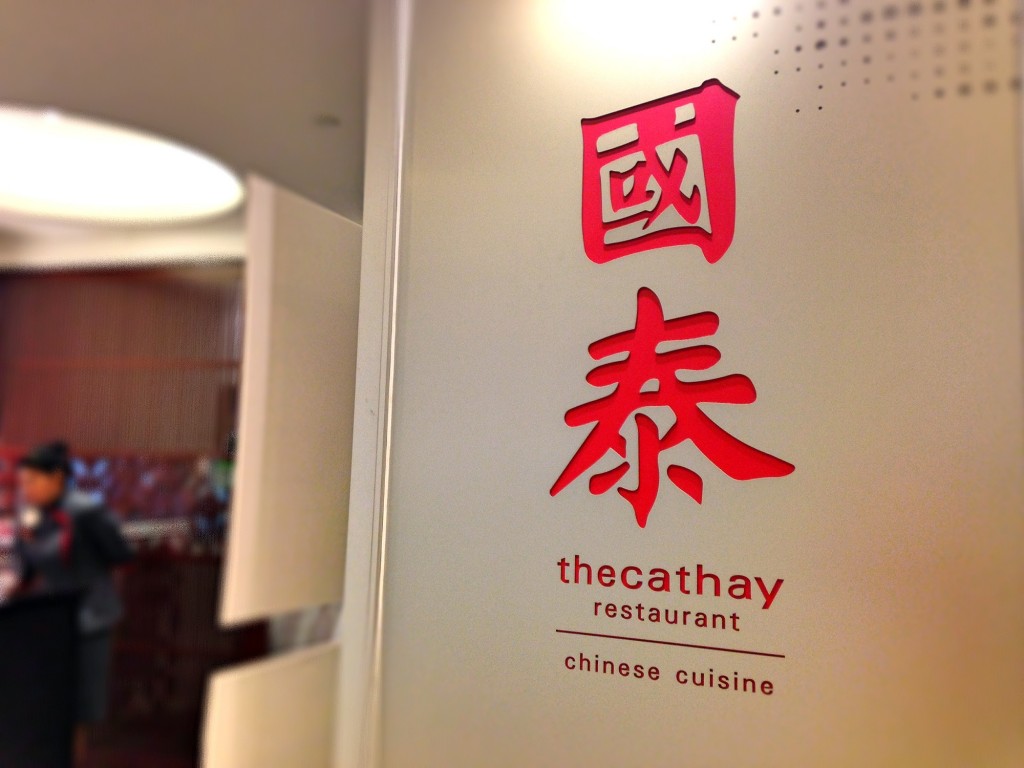 *The Cathay Restaurant has closed down as of 15 June 2015

Back around the 1960s, The Cathay restaurant was the hottest Chinese restaurant to be seen at. After its golden age, even though The Cathay Organization has flourished with its cineplex excellence, the restaurant seems to have been left behind.

The Cathay was also the birthplace of the four heavenly kings of Cantonese cuisine, who tutored under grandmaster Chef Luo Chen. They then went on to open Dragon Phoenix, Red Star and Roland restaurant.

While researching Chinese restaurants for my ultimate dim sum guide, The Cathay restaurant hardly came up and thus was overlooked. But the numerous requests and comments from my blog readers to review this restaurant, hinted at an unpolished gem which directed me to my next tasting destination. 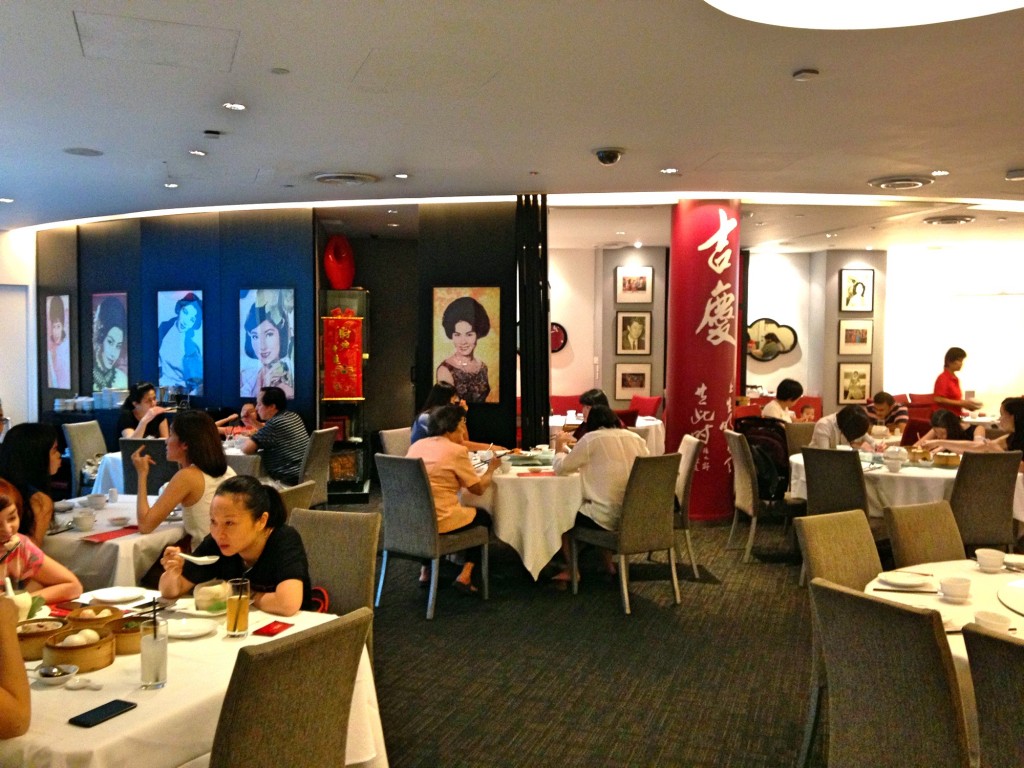 A fusion of past and present, the decor features images of past Asian celebrities which frankly, are beyond my years to recognize. The furniture and settings are most definitely modern though with sleek grey and white against auspicious red. 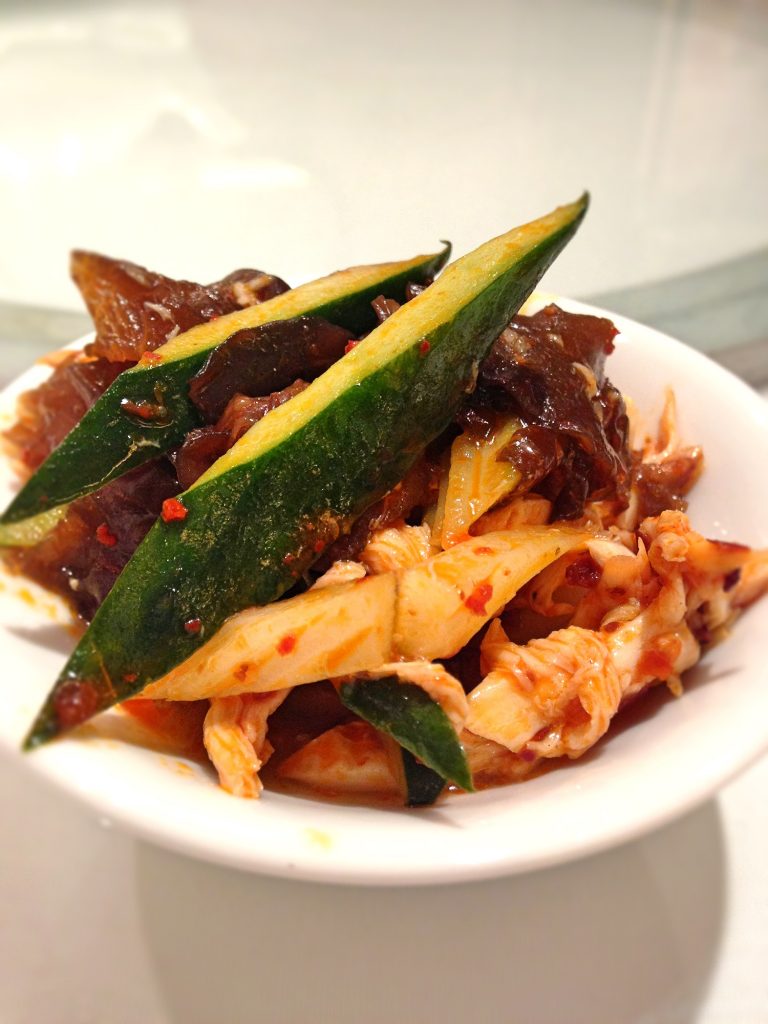 Spicy Shredded Chicken (Appetizer). Also available as an a la carte item, there’s black fungus and cucumber together with the lean, spicy chicken meat to whet the appetite. Steamed Scallop Dumpling ($4.80). Skin was a bit fragile and breaks apart before I could put the whole dumpling intact into my mouth. The scallop, whole prawn filling and hint of ikura on the top added good seafood flavours though. 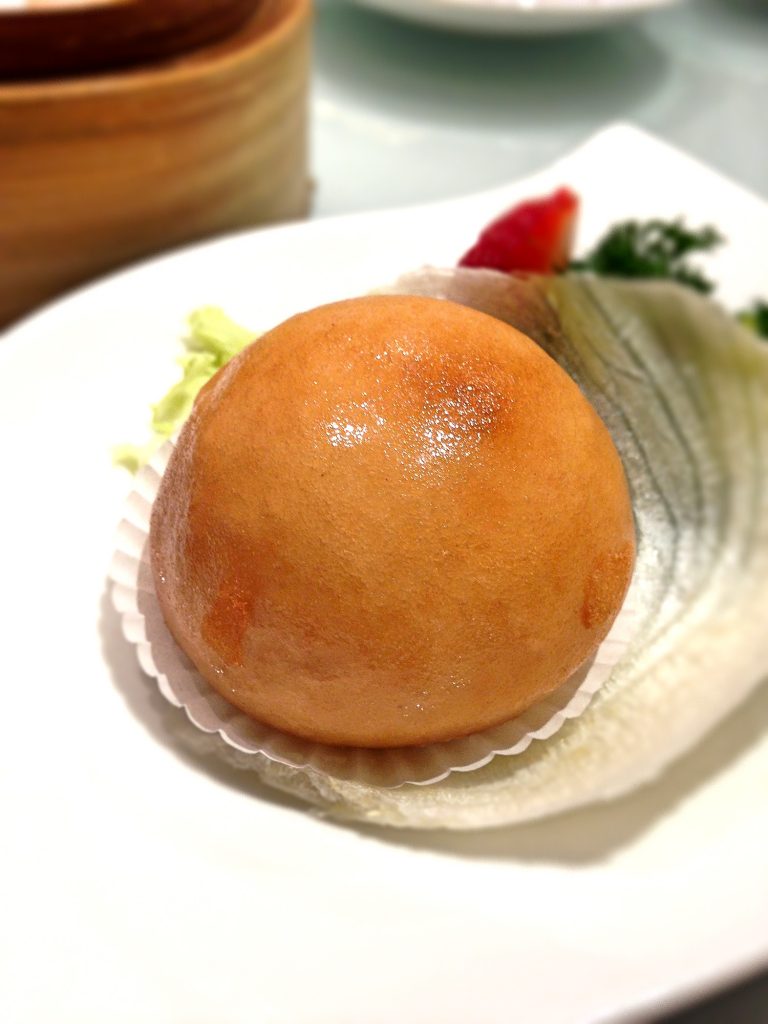 Fried Cream Yolk bun ($4.20). The fried liu sha bao version, with a crispy man tou exterior and creamy filling, I preferred this one to the steamed bun. 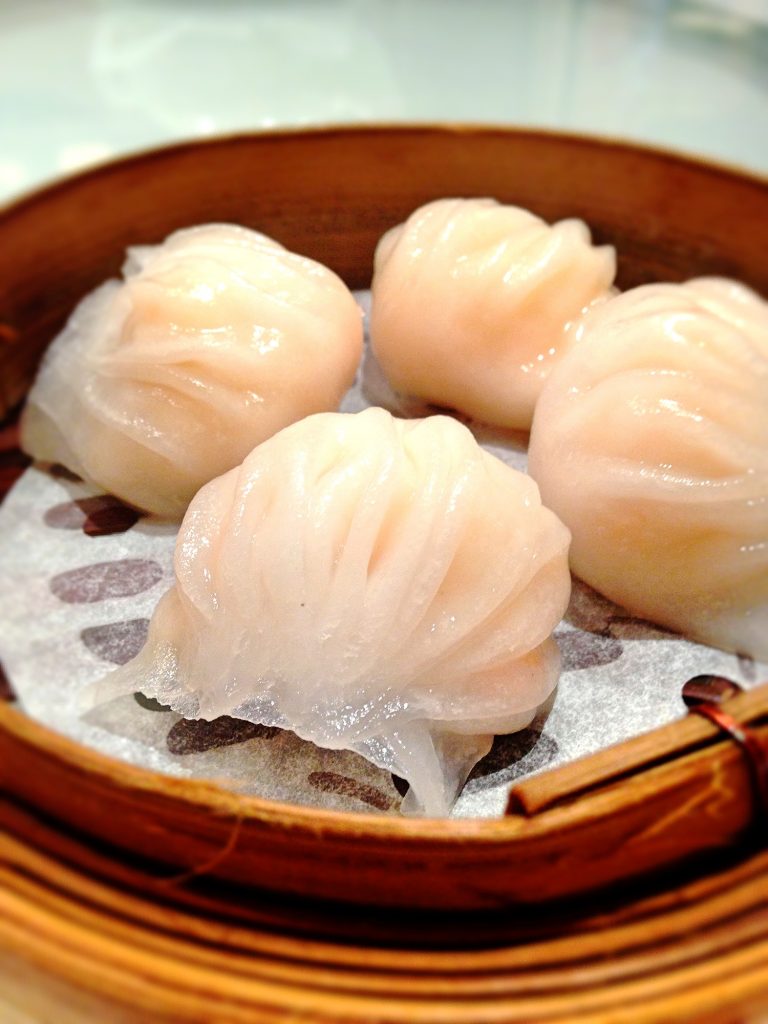 Steamed Fresh Prawn Dumpling ($5.20). This was arguably the best har gao I’ve ever eaten in Singapore. Normally prawn dumplings all taste pretty standard, but the thin, silky dumpling skin here holds the whole prawn filling so well, breaking apart only after biting into it. The freshness of the prawn also truly shines and compliments the skin. A must try. Steamed Xiao Long Bao ($4.20). Quite a lot of soup within the dumpling which I like. Not too chewy skin as well for a good bite. 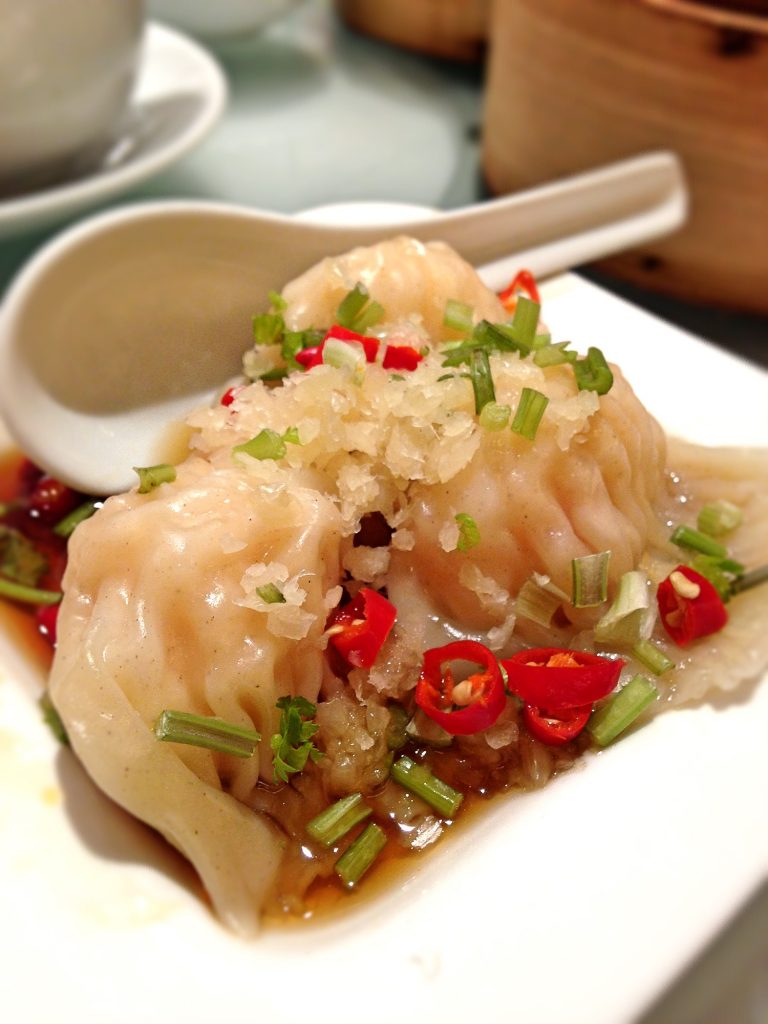 Wanton in Vinaigrette sauce ($4.50) or 红油炒手. I found the vinegar sauce not sour enough, and more like a light sweet sauce. The spiciness also comes from chili padi instead of chili oil, so there’s a bit less flavor compared to spice.

I guess it’s a different style than the one I like at Spring Court, having a cleaner sweet kick. The peppery prawn dumpling itself was good though. Century Egg Porridge ($5). Also has shredded chicken, not overly mushy or overcooked till the grains all deteriorate. A good ratio of gruel to rice grains too. Steamed Rice Roll with Crispy Fritters ($4.20). A zhu chang fen with fried dough fritters within. The texture of soft and crispy is quite ingenious, but I found it a bit overload on the carbohydrates, and could use a mix of protein (meats). 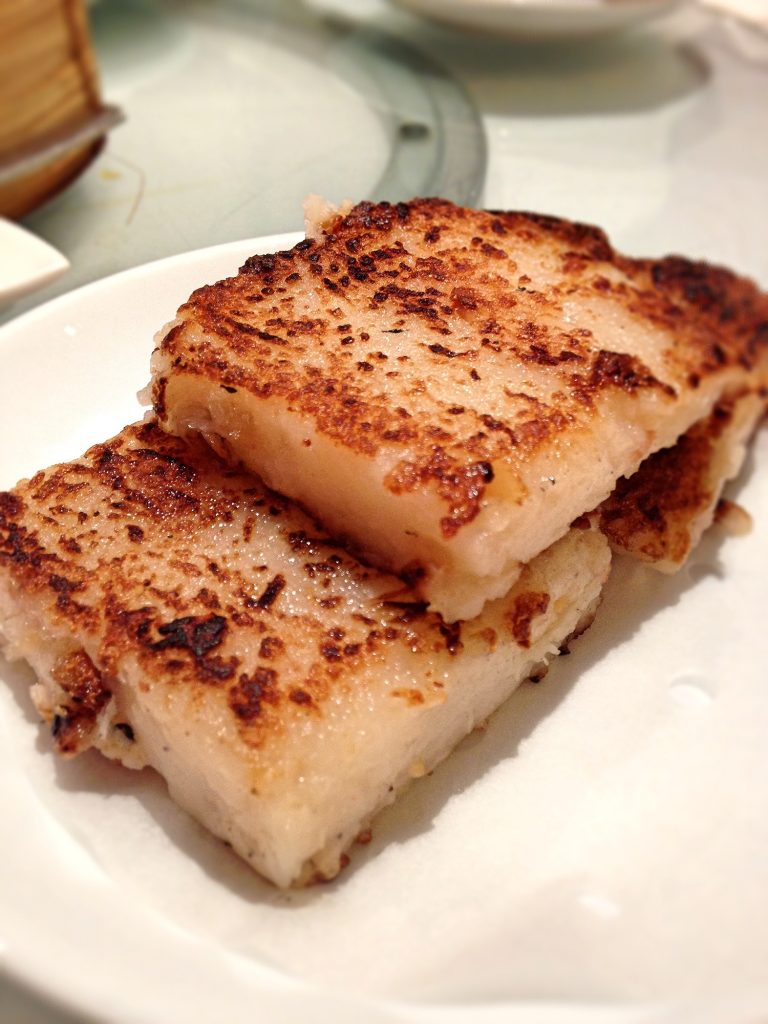 Pan-fried carrot cake with Chinese sausage ($4.20). The pan-fried top has a slight charred taste, but the inner cake was kinda mushy to me. 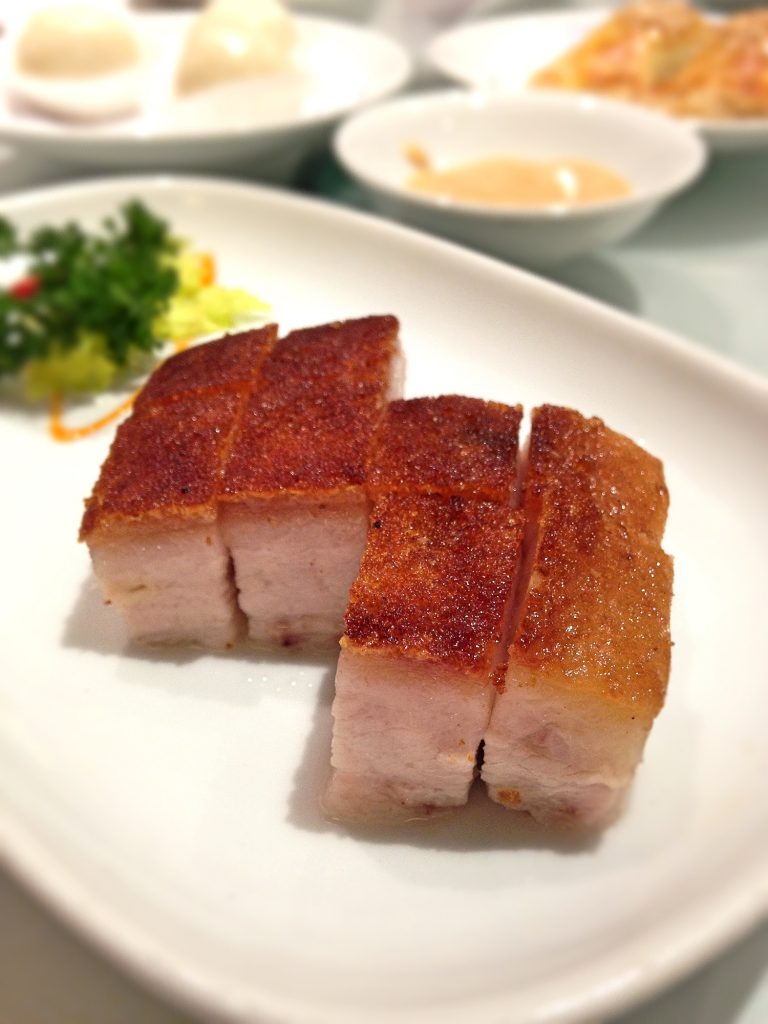 Crispy Roasted Pork Belly ($12). I personally don’t enjoy pork belly skin that is fried overly crispy- the taste is just dominated by the crunchiness, and not the meat flavours. This version was just right for me, with a good balance of meat, fats and skin. 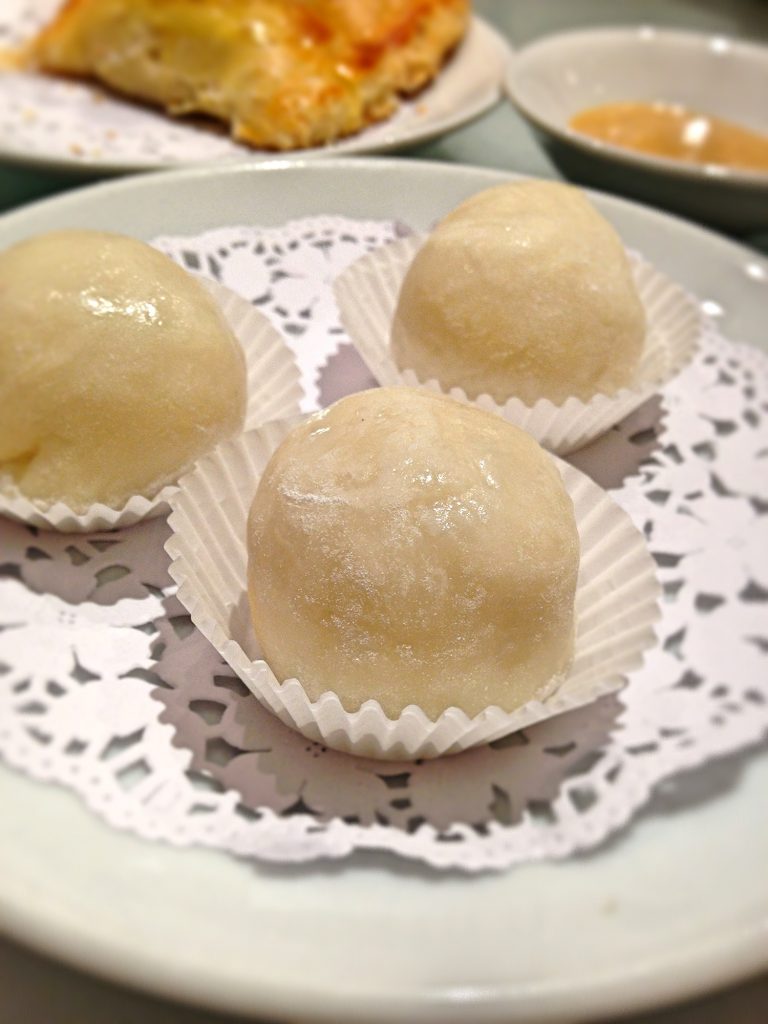 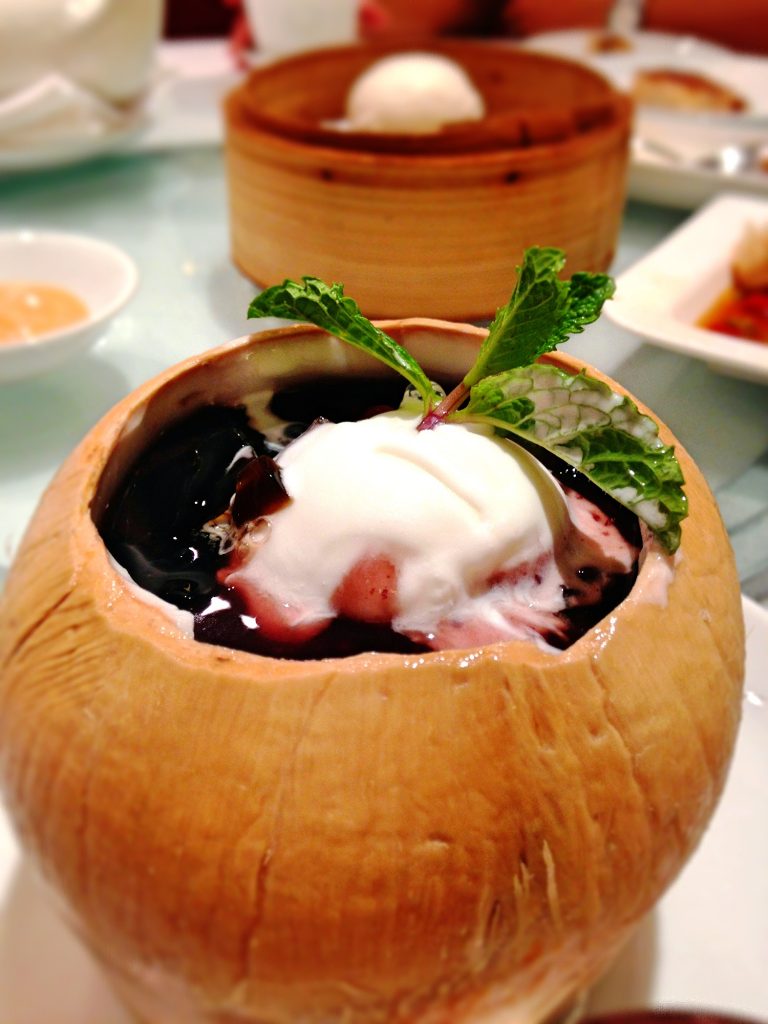 Chilled Black Glutinous Rice with Ice Cream in Young Coconut ($6.80). A chilled version with coconut ice cream to cut away the repetitive taste of the black glutinous rice. 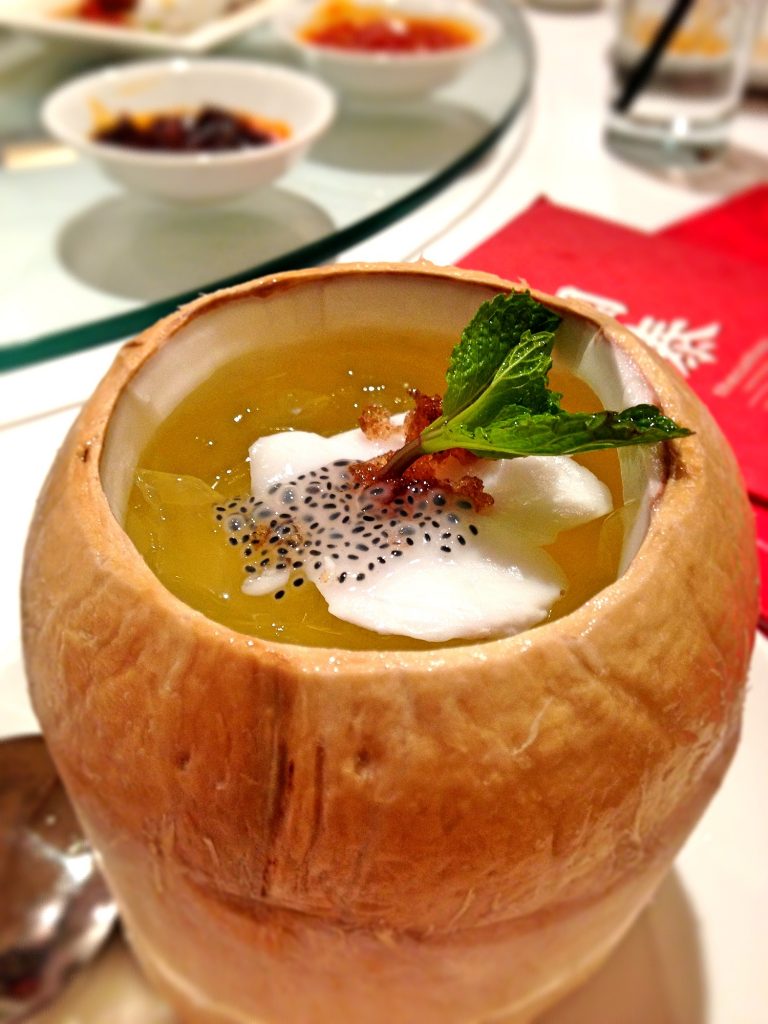 Chilled Coconut Jelly served in Young Coconut ($6.80). A generous amount of jelly with good sweetness and fragrance. I would have liked a higher proportion of Coconut juice though, so the coconut flavour is even more prominent. The coconut shell also varies, with the younger ones having softer, tender meat that goes well with the dessert.

Overall, The Cathay Restaurant has a pretty good selection of dim sums combining classic recipes and local flavors. If you do visit, don’t forget to try the Prawn dumpling har gao. Definitely a restaurant with superior dim sum standards.

They also have an A la carte dinner buffet on weekday nights at $79++ for 2, but you need to book in a group of 4 minimally for the chef to prepare enough without wastage.

The Tavern Restaurant: Step into Europe