For the third year running, Greenwood Fish Market has procured over 20 types of oysters from the world over for their Oyster Festival of 2015, which will run from the 27th June all the way to 25th July 2015.

Admittedly, oysters are not for everyone. However, for those who are adventurous enough and are willing to give these bivalved molluscs a try, then read on and then make your way to Chef Alan Lee’s Greenwood Fish Market.

To disambiguate, edible oysters should not be confused with actual pearl oysters, which are from a different family of bivalves. Some of the most popular oyster species are the Eastern American oyster (Crassostrea virginica), found in Atlantic waters from Canada to Argentina, and the Pacific oyster (Crassostrea gigas), found from Japan to Washington state and as far south as Australia.

Like fine wine, oysters have a complexity of flavours that vary greatly among varieties and regions. Oysters can have different degrees of being salty, briny, buttery, metallic, or even fruity. Being an avid oyster monger himself, Chef Alan Lee has managed to procure 24 types of oysters from all over the world for 2015’s iteration of the Oyster Festival. Oysters from the Northern parts of the hemisphere are numerous, but I have found a few of my favorites such as the Barron Point, Belon “OOO”, Tsarskaya, Fine de Claire, St. Vast, and the cult-like Japanese Kumamoto. I will start with the Kumamoto ($6.50 each) – the smallest of all the oysters in the honourary list for the 2015 Oyster Festival. It is plump, carries a mild briny taste with a whaft of honeydew sweetness. It has been called the Chardonnay of oysters due to its exquisite taste. 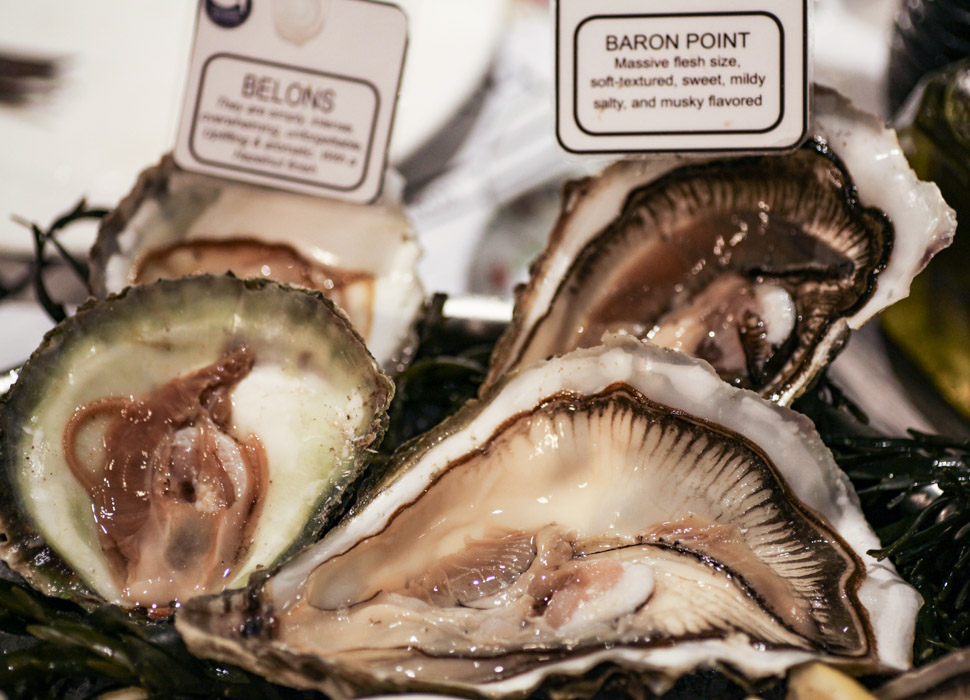 Next, the Belon ($8 each). The oyster originates from Belon, a river in France famed for succulent oysters. The Belons are strongly reminiscent of fish, carries itself with zinc metallic taste and of umami – not for the faint hearted. Purists will eat oysters without any condiments to fully appreciate their distinctive tastes. However, most of us will try to mask some of the slightly pungent taste with lemon, Tabasco sauce or vinaigrette sauce (just a few drops though, don’t drown it with condiments). 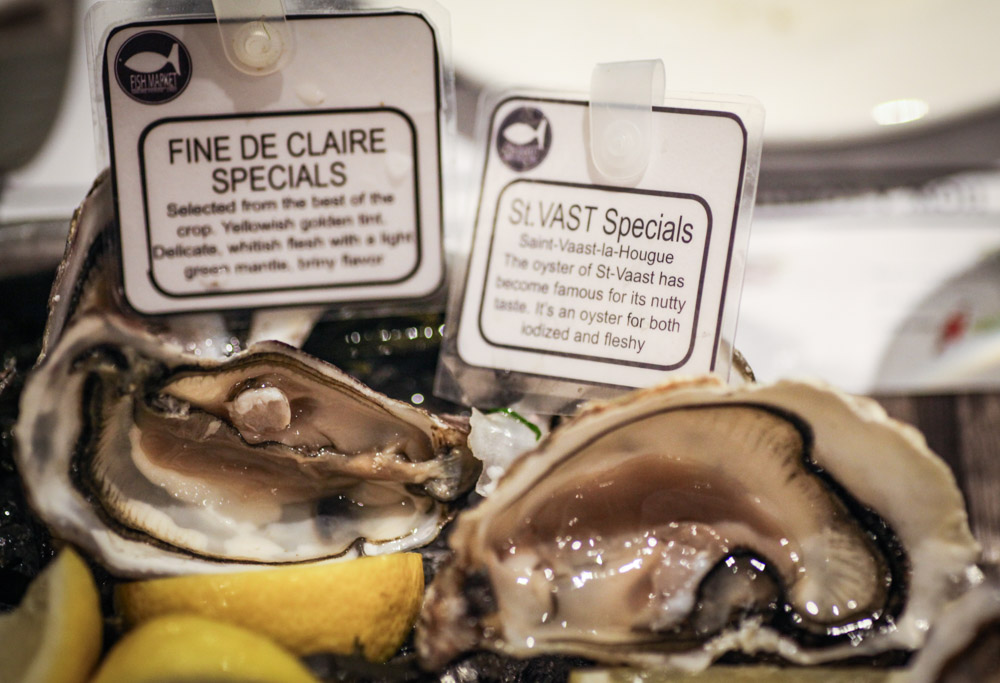 The other French origins are the Fine de Claire Specials ($6 each) and St. Vast ($6 each). The de Claire has a nutty tinge in its taste. The St. Vast, like the de Claire, also has a nutty taste but it is more metallic in nature due to the presence of Iodine. 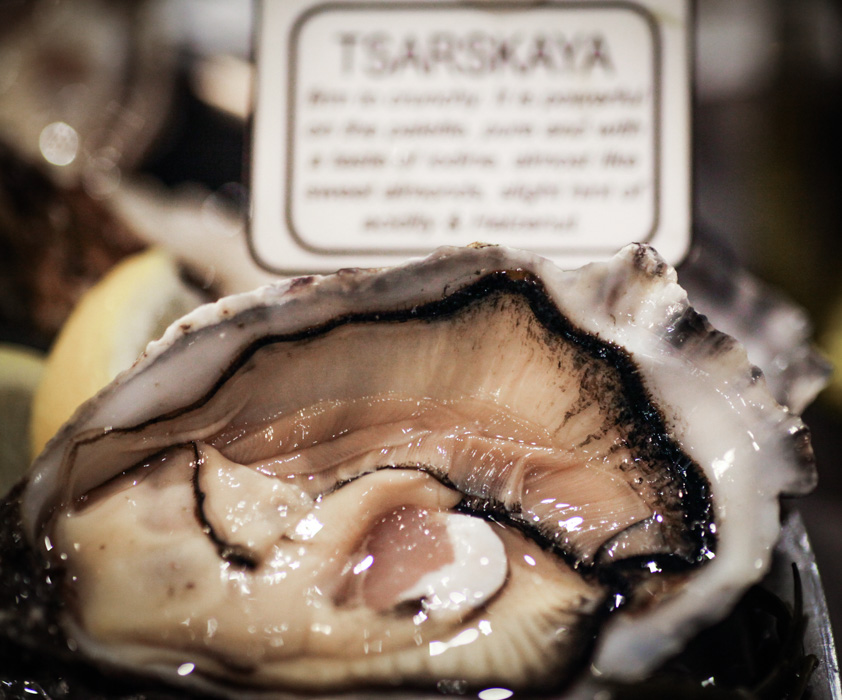 The Tsarskaya ($7 each) is a French oyster. Its Russian sounding name comes from the Russian tsars who had a passion for Cancale oysters that were delivered to the imperial court all through the 19th century.The Tsarskaya is a meaty oyster with the iodine flavour of the sea, carries a rather mild, almost sweet taste, with a hint of hazelnuts and a firm consistency. 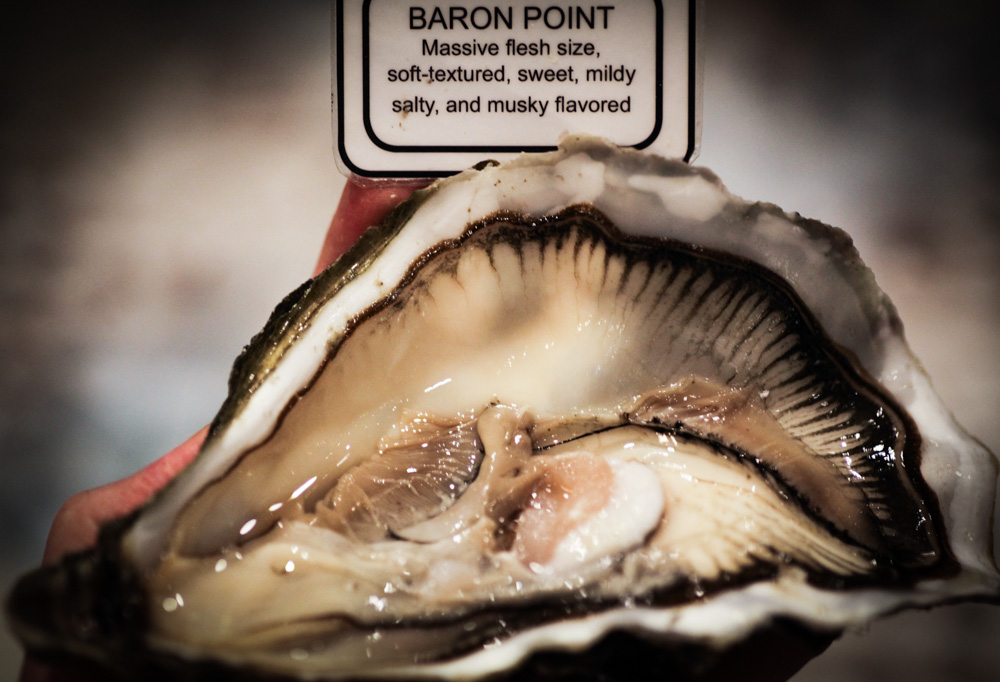 Now, comes the Mother of all oysters, the rather gigantic Barron Point Oyster ($7 each). It is an oyster, that began in bags and then spread on beaches to mature, as it develops its soft-textured, sweet, not salty, and has a musky flavour. 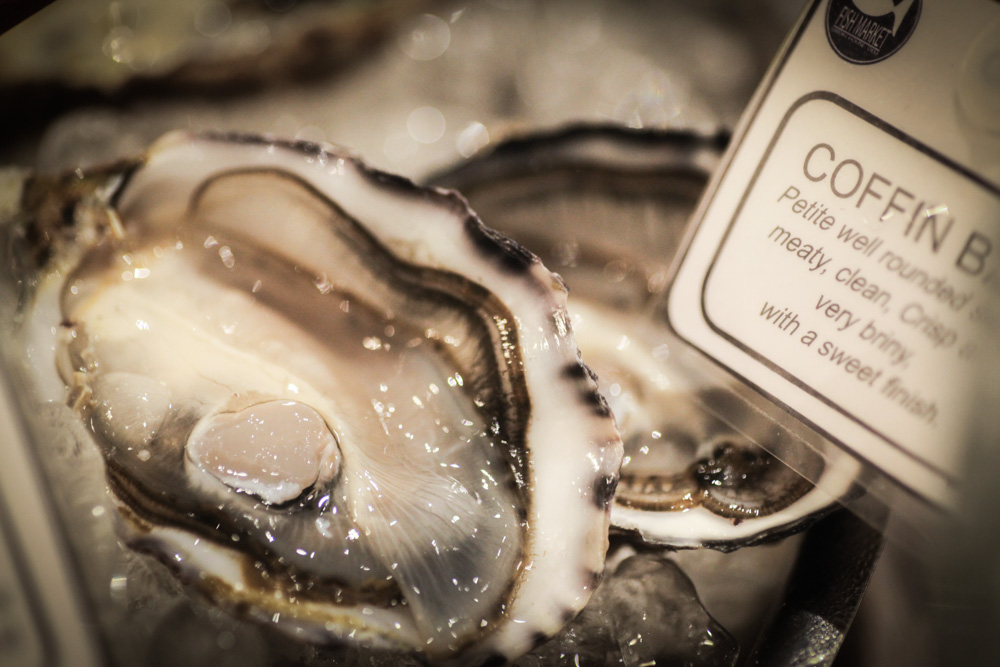 From the Southern Hemisphere, I liked the Coffin Bay ($4.50 each) from Down Under, and New Zealand Pacifics ($4 each). The Coffin Bay oyster is from its namesake origin in South Australia. It has a meaty body, sweet and carries off with a briny aftertaste of the sea. The New Zealand Pacifics are largely farmed in Northland, Auckland and Coromandel regions at the top of New Zealand’s North Island. It is, by far, the easiest oyster to start with – it has a delicately clean briny taste with a tiny hint of sweetness.

Not to be overly distracted by the aphrodisiacs, I want you to know the depth of Chef Alan Lee’s repertoire in culinary skills. Chef Alan has a keen interest in smoked food – his restaurant has a custom-built smoker for him to prepare his very own versions of smoked salmon, mussels and pork. By using Applewood tinder, he meticulously smokes these specially prepared items to perfection. 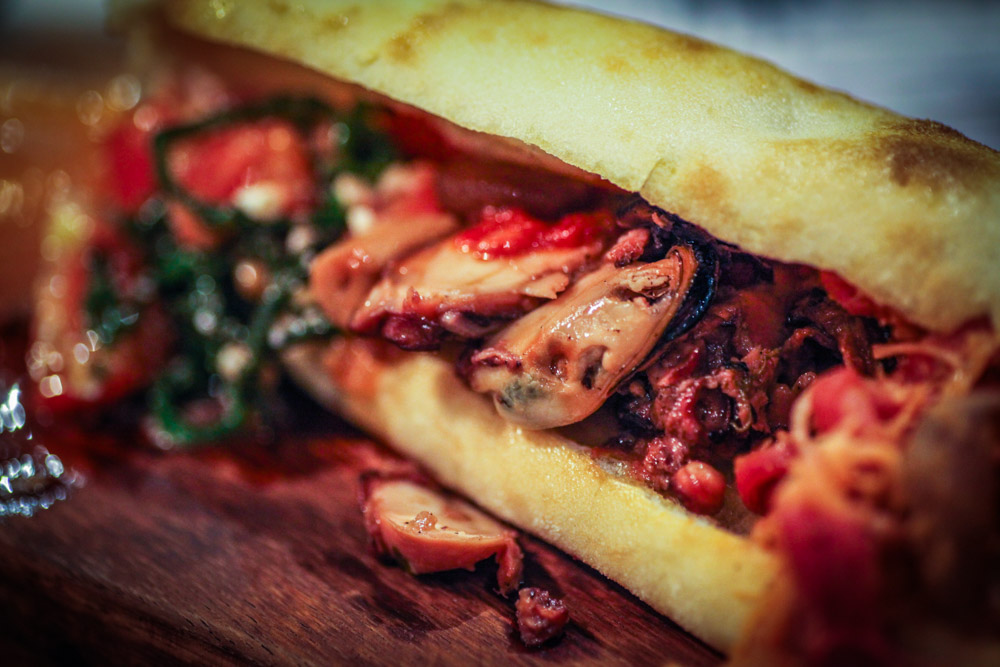 I had the opportunity to sample a generous platter of the smoked seafood and meat – these have gone through a process of smoking and preparation of at least 6 hours. The pulled pork took around 50 hours to be fully prepared. I found myself putting these into my mouth bite after bite. The meat is tender and the fragrance of Applewood smokiness is so well absorbed – they are really that good! Chef Alan Lee is a man who is not afraid to test the frontiers of his cooking styles. Try his Applewood smoked AND sous-vide’d Pork Cheeks! While most chefs would only choose one method for their creations, our man here has combined these two methods to give you the most tender and most flavourful (down to the core of the meat) pork cheeks!

For those in search of a restaurant that serves the freshest and broadest range of oysters and fishes, Greenwood Fish Market’s oyster fest should be your first choice. Furthermore, this would be a great chance to get to know Chef Alan Lee’s culinary repertoire.

Be sure to make prior reservation to avoid disappointment and do take advantage of the valet parking provided by the restaurant (here, the boys in blue are constantly on a keen lookout for inappropriately parked vehicles).