Ever thought you’d be drinking your mother’s milk again? I’m just kidding, Trü Birch’s ice cream is made with a patented milk formula that has the same nutritional benefits of a mother’s milk (as marketed). Whether it tastes similar… well, I don’t think most of us will ever remember.

‘Kilk’, as they call it, was made to emulate natural whey, and the body tends to retain the proteins from this particular milk formula instead of breaking it down. It also gives the ice cream a unique taste and texture, which I’ll further elaborate on in a bit. 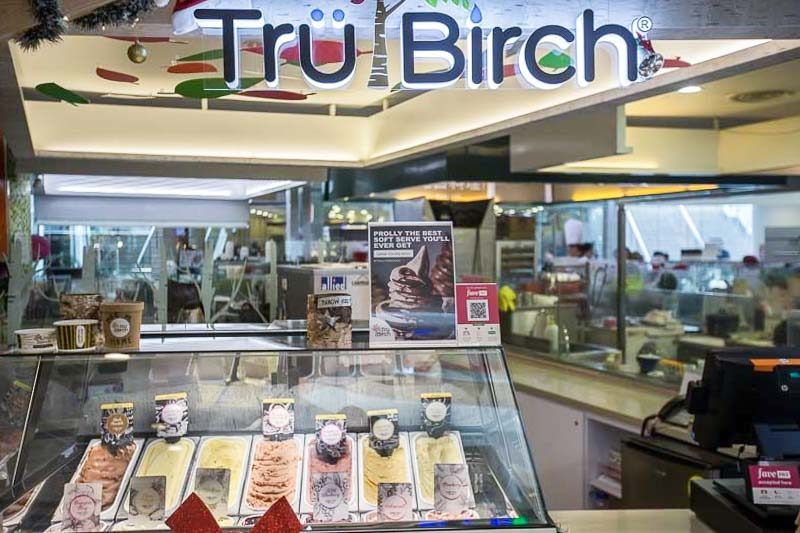 Recently opened, this little ice cream stall at Tampines 1 boasts unique flavours, such as ElderFlower, Pina Colada, Red Currant and even one called a Singapore Sling!

Birch juice is incorporated into all of the ice cream and contains antioxidants along with other minerals and trace elements like xylitol, which has two notable features — a low glycemic index so it doesn’t get your blood sugar levels skyrocketing, as well as anti-adhesive effects that prevent bacteria from sticking to your teeth.

Paired with Kilk, the ice cream has a wealth of health benefits. Being the first of its kind, Trü Birch aims to market its innovative take on ice cream that focuses on it being healthy and nutritional. Aamir, the owner of Trü Birch, was accommodating enough to let us sample all the flavours that were available. The Elderflower had an interesting taste that was fragrant and flowery, but it was a little too overwhelming for me after a couple bites.

The other flavours containing berries were delightful, and unlike how some berry ice creams usually feature fruity chunks, the ice creams at Trü Birch were super smooth. They tasted piquant and fruity but were a tiny bit too sour for me still. 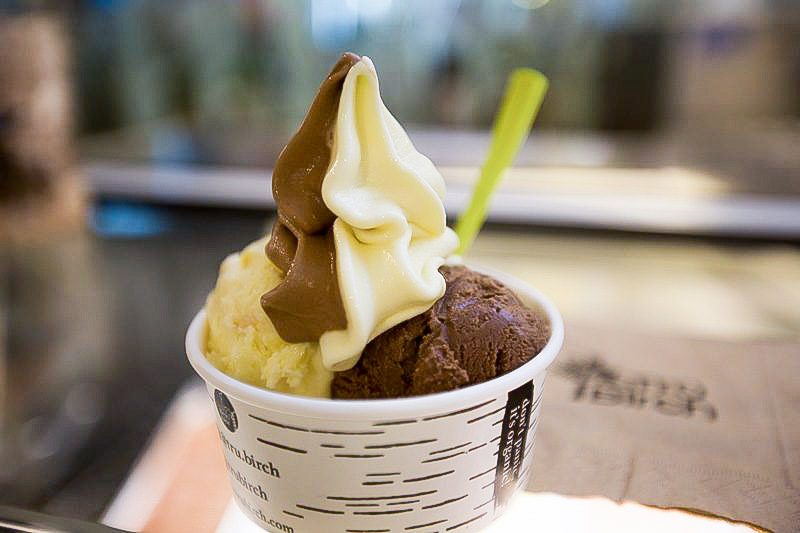 I finally decided on Aamir’s recommendation of a Protis 5oz 2 scoops ($6.90), with a flavour combination of dark chocolate and vanilla, topped with a soft serve blend of the two flavours.

The chocolate wasn’t too rich and was rather creamy in texture. The vanilla, however, was the real showstopper. It was unlike any other vanilla ice cream that I have ever tasted; somewhat milky, with a distinct flavour and a sweet aftertaste like that of honey. Safe to say, I loved it. 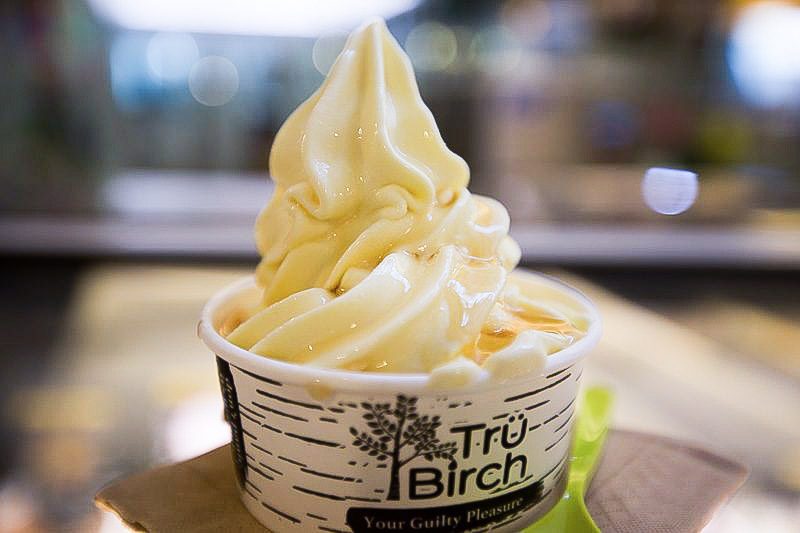 We also managed to try the Nordic Softis 5oz Milk ($5.90). When picking your soft serve, you can choose whether you want your ice cream to be milk, chocolate or a twist of both.

You then select your sauce to go with it. The milk ice cream was a little bland but when eaten with the Apple With Rhubarb & Dandelion sauce, it honestly tasted like pure nectar and became a real treat.

The sauce accentuated the creaminess of the ice cream, attaining the right level of sweetness. However, I was just left hoping that next time they would be a little more generous with the sauce, as I ran out of it after a couple of spoonfuls. Nonetheless, I was very impressed with this ice cream. 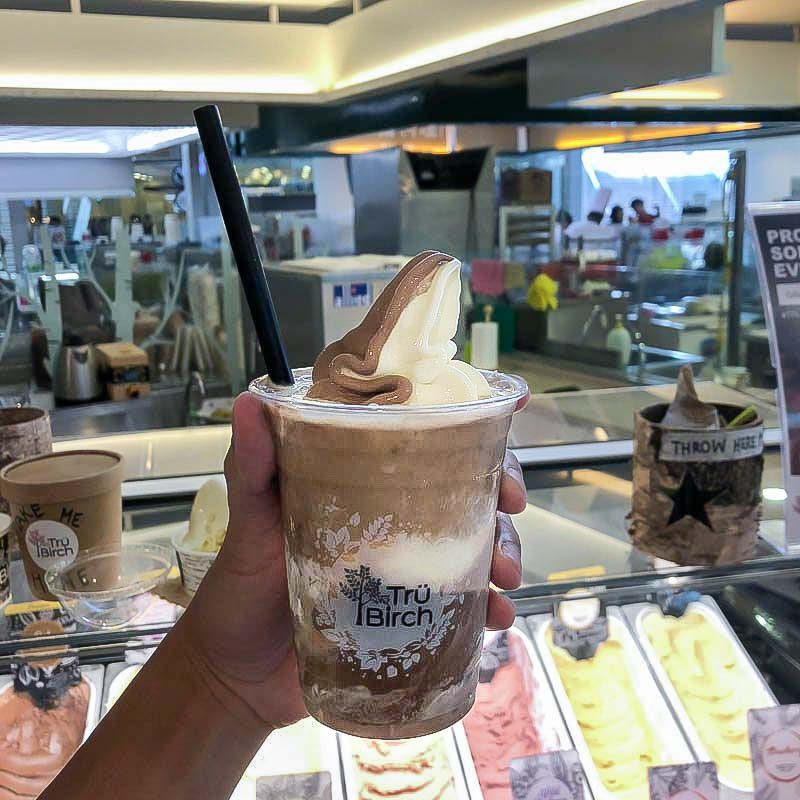 Trü Birch also serves drinks such as the Trüis ($8.90), which is coffee topped with Softis (soft serve). The coffee on its own had a muted taste and was a little too mild for my liking. 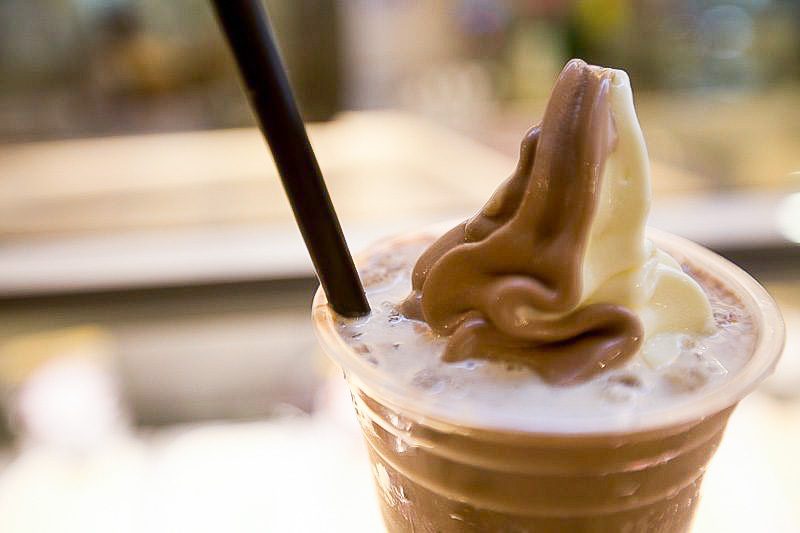 Aamir then suggested that we stir the Softis into the coffee, which made it a little more creamy and also mellowed out the bitterness. My only gripe was that the coffee could have been more robust. 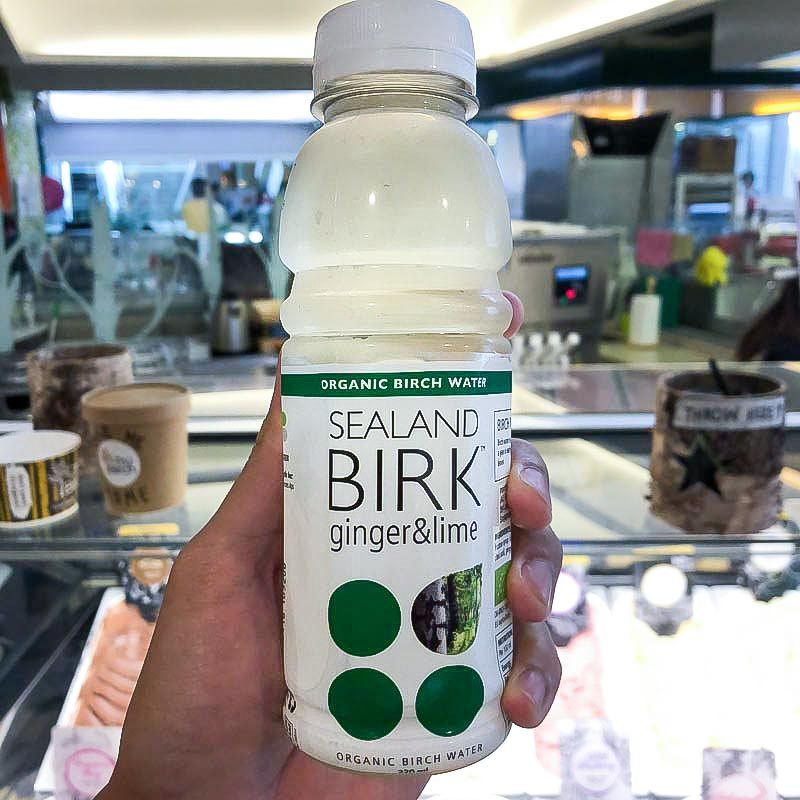 To wash down all that sweetness, we had a few sips of Birch Water ($4.90), which comes in five flavours: Original, Ginger & Lime, Watermelon, Raspberry and Blueberry.

According to Aamir, Birch Water is loaded with vitamins and also has medicinal purposes, as well as being a nutritional supplement, which can be doubled up as an energy drink. I found it refreshing and since it wasn’t all too sweet, it really helped cleanse my palate after gorging down on all that ice cream.

So if you’re thinking of cutting down on sugary treats this year, but still want your ice cream, give this nutritional version a shot. Trü Birch promises a healthier alternative with its slogan, ”Forever on your lips, never on your hips”!