As a student studying at Nanyang Technological University (NTU) at the time of writing, I’ve had the privilege of eating NTU food very frequently as I stay in hall. Despite eating the same food over and over again, A Hot Hideout still amazes me with their special take on mala xiang guo.

A Hot Hideout, also known as AHH by fellow NTU students, is located in North Hill, which houses the halls Tanjong, Binjai and Banyan. It is a student-run store, and has such a vibe. It has Christmas decorations all year round, which makes me chuckle every time I walk through the doors.

I brought a non-NTU companion to try the food to make sure that my review will be as unbiased as possible. Surprisingly, it was her first time ever trying mala xiang guo.

Mala is a numbing and spicy seasoning which is made from Sichuan peppercorn and chilli. It has been a craze in Singapore for the past five years, with numerous mala hotpot and xiang guo shops popping up all over Singapore. In NTU alone, there are nine mala stalls. Located on the same level next to North Hill Food Court, one enters the restaurant and comes face to face with the ingredients fridge, where one can choose which ingredients they want to have in their mala xiang guo.

During the school semester, one can easily observe a long snaking queue along this corridor during dinner hours. They have a wide range of ingredients, with over forty-five different ingredients to choose from. At A Hot Hideout, one must choose their ingredients carefully, because some ingredients are deep fried to a crisp! The ingredients are measured by weight, S$2.28 per 100g regardless of whether it is a meat, vegetable, or a fishball. After choosing my desired ingredients, I went to the cashier to pay.

Pro-tip: Be sure to choose eggs for it to be scrambled on top of your mala, and also potatoes, lotus roots, luncheon meat and fish for them to be deep fried.

What I tried at A Hot Hideout At A Hot Hideout, they separate their ingredients into two general cooking methods: being deep fried on its own and being cooked together with the mala.

Some ingredients, such as potato, lotus root, fish and luncheon meat were deep fried, and you might be pleased to know that they were not fried as a whole, but were sliced into thin pieces before being fried. The fish was flaky on the inside while remaining crispy on the outside. This had to be the star of the mala xiang guo. It was lightly seasoned with salt, and was good to eat by itself and paired well with the mala. The potatoes and lotus root came out golden brown and were crispy. They were lightly salted, and tasted delicious, almost reminiscent of arrowhead chips during Chinese New Year. These little crisps elevated the mala xiang guo, which was already good on its own. We got the Mala Stir Fry in zhong la (medium heat), and the egg was perfectly scrambled and plated on top of the mountain of mala.

The mala had a strong peppercorn taste and was spicy, with a slight sweet taste that reminded me of tomatoes. The noodles were salty, but were balanced out by the ingredients which were sweeter. The scrambled egg was like a cloud of fluff atop a spice mountain, and was creamy and smooth. Mixed into the noodles, it gave the noodles an overall more creamy bite, and helped to balance out the spiciness of the mala xiang guo. Although I had only requested for my spice level to be medium, it affected me greatly.

The noodles themselves were the typical instant noodles, which went well with the mala seasoning. The noodles were chewy and coated well in spice. My tongue was numb after the first bite, very much a sign of the mala doing its job. We also ordered the Mala Collagen Soup in zhong la (medium heat) which looked extremely red, and I was worried for my tongue. Fortunately, it was still a manageable spice. The soup itself was creamy and milky, which helped to quell its spice. The peppercorn taste was less prominent though. Despite its slightly watery appearance, the soup was quite gao and full of flavour. Despite its intimidating colour,  it turned out to be less spicy than the Mala stir-fry, so this may be a better choice for those who can’t really take spice. 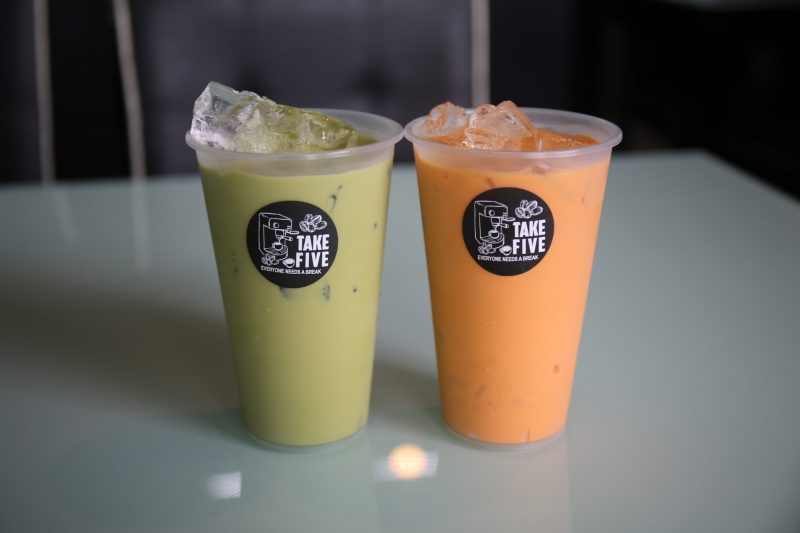 Overall, while A Hot Hideout serves delicious mala, the dish was definitely elevated by their deep fried ingredients. While my companion and I were sitting there chowing down our food, we saw many customers who did not look like NTU students patronising the restaurant too.

To me, this was one of the best mala xiang guos I have ever eaten, and even after I graduate, I will continue to make the arduous trip down to NTU just to have a bite.