AlibabaR The Hawker Bar: Fill Up On Craft Beer & Hawker Fare At This Cozy Sports Bar Along East Coast Rd 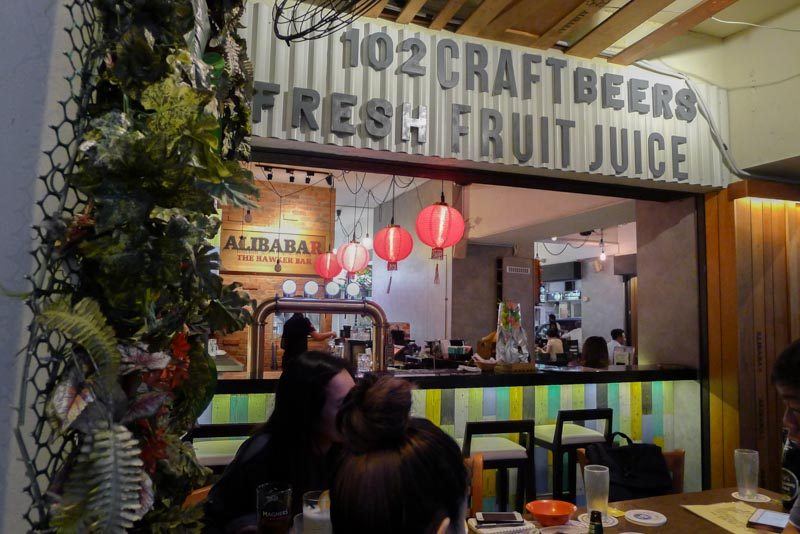 AlibabaR The Hawker Bar is situated along East Coast Road, opposite 112 Katong shopping mall in an old-school colonial shophouse.

It is the brainchild of owner KC Tan, who has decided to modernise and rebrand the previous coffee shop that was in its place six years ago. The hawker bar’s name AlibabaR, pays homage to the original name of the coffee shop, Alibaba Eating House. 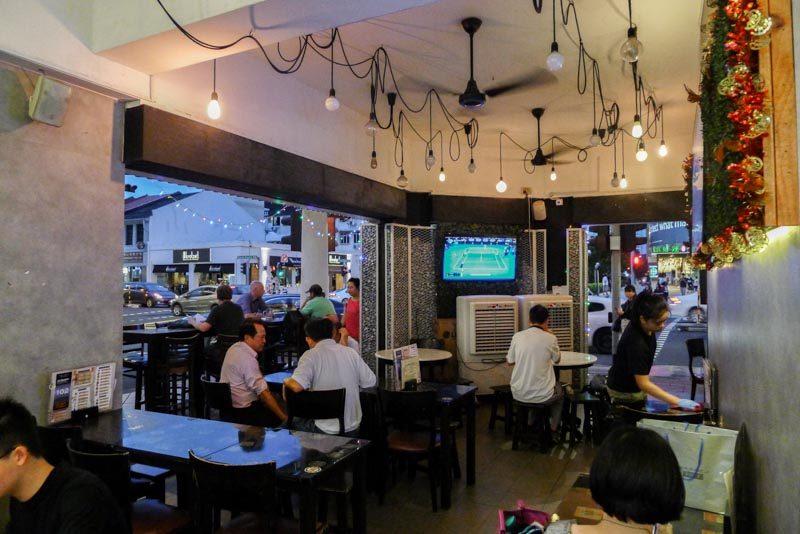 We arrived in the evening, just as the crowd was starting to flood in for dinner. The interior is a good marriage of modern and old school, with vintage round marble tables that we hardly see nowadays.

This is also a great place for sports fans to enjoy watching and cheering on their favourite sports teams on the various LCD televisions, with dedicated sports nights from Friday to Sundays, ranging from soccer to UFC. 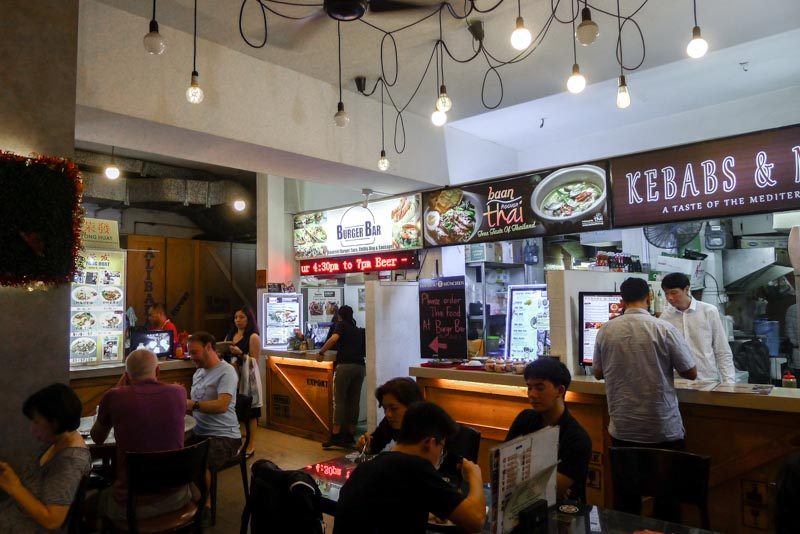 AlibabaR’s interesting dining concept comes from its four different kitchen stalls, each offering different cuisines, such as Turkish kebabs, Thai Tom Yum soup, Western burgers and local hawker delights. Picky eaters won’t have to fret anymore with this huge array of choices, you’ll be sure to find something to suit your palate.

The fruit juices were delightfully fresh and whet our appetite for the meal ahead, but we all decided that the Trump Card beer was the most refreshing of all on a humid evening. There was a subtle sweetness to this light beer and is best suited to our local palate with its evenly balanced taste. 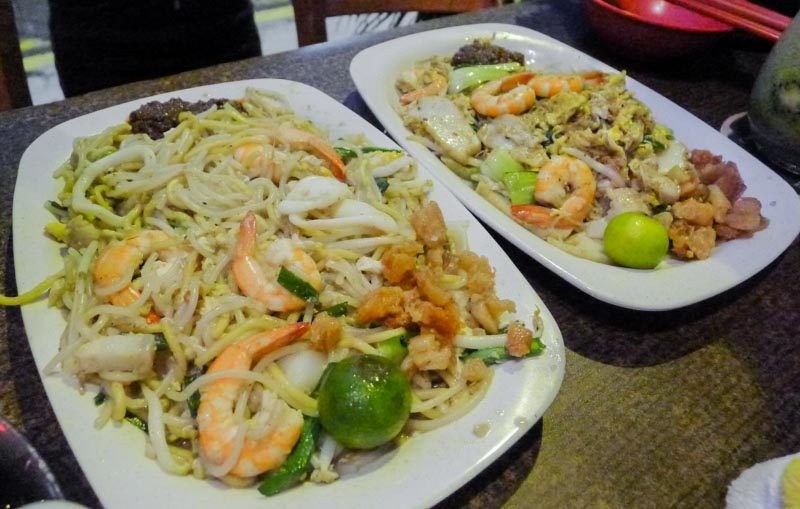 The kitchen in charge of the local fare is Yong Huat, specialising in hawker delights, such as fried prawn noodles and fried mee sua. They have been around for the past 65 years in that very same coffee shop till this day and is now run by second generation owners.

We had the Fried Prawn Mee ($5) and the Fried Mee Sua ($5), which came in a generous portion and garnished with a side of fried pork lard. The true star of both dishes was definitely the crunchy bits of pork lard, that added a rich layer of flavour to the noodles.

My personal favourite is the mee sua, which came with prawns, bits of pork belly and a tongue-tingling chilli sauce. 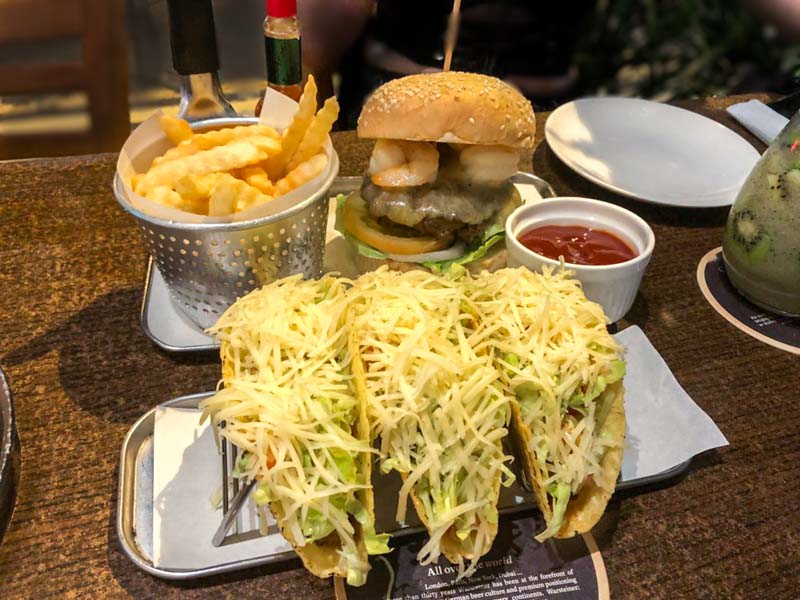 AlibabaR’s western kitchen, The Burger Bar doles out some mean Tacos ($9.90, for 3) filled with chilli con carne, veggies and cheese in a hard taco shell. The Surf & Turf ($14.10) is a delightful marriage of prawns atop a fresh burger patty, sandwiched between two buttered buns.

What I loved most about the burger was the good lean to fatty meat ratio of the patty, however, the tacos were my favourite out of the two dishes. They were crunchy and generously filled, not to mention, value-for-money as well. 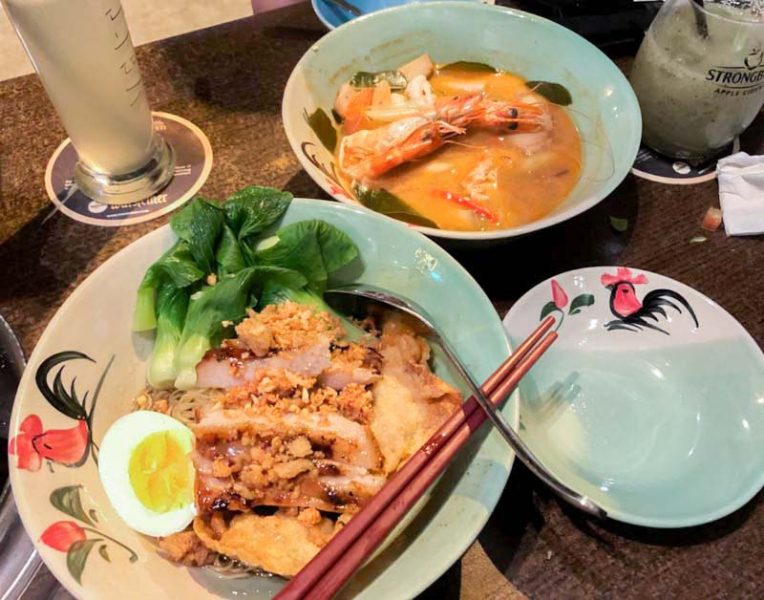 Baan Thai served up a signature Fusion Thai Won Ton Noodle ($6.90) and Tom Yum Soup with Seafood ($6.60). The noodles were a sure hit with us. I loved how springy the egg noodles were, and went well with the roasted pork collar and shrimp wonton.

The Tom Yum soup was more spicy than tangy, and I couldn’t help but feel choked up when the soup hit the back of my throat. And unless you really love spicy food, I would suggest giving this a miss. 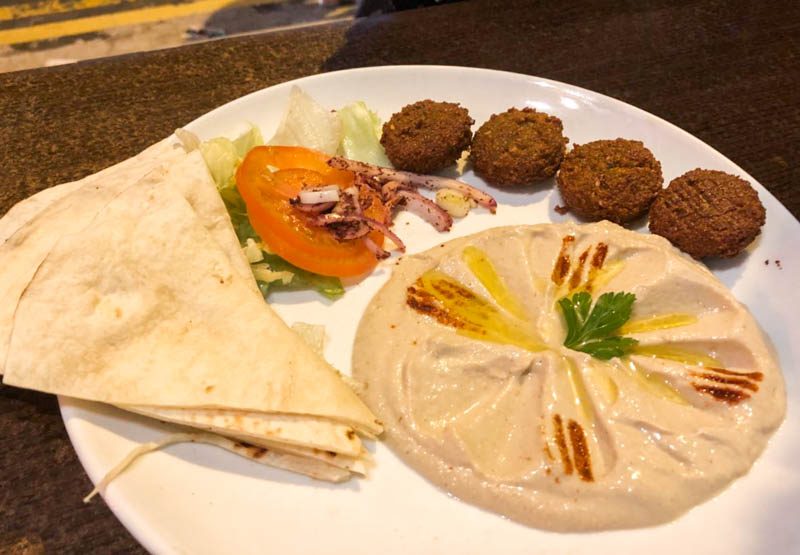 If it’s two things that Kebabs & More got right, that would be the Hummus Dip ($5) and Falafel ($7.50). Served with pita bread, the creamy hummus dip and crunchy falafel bites would make for a great bar snack to go along with your pint.

The taste of tahini really came through in the dip, and I actually enjoyed dipping my falafel in the hummus to bring out the flavours and texture of the chickpeas and herbs. 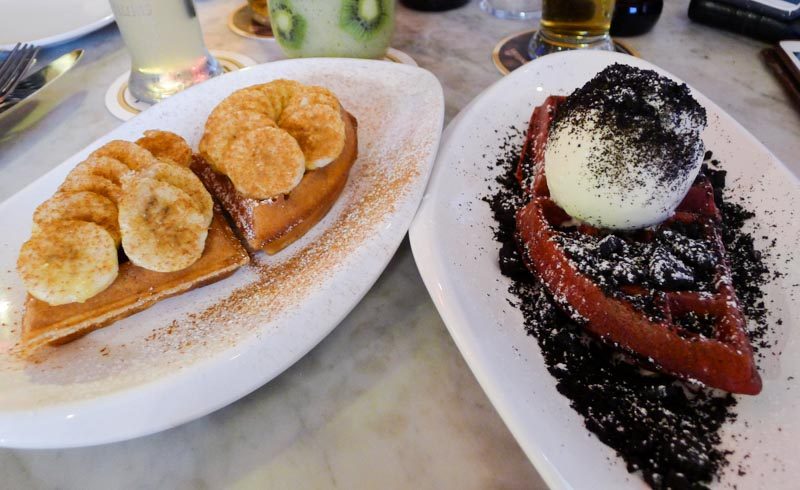 If you’re looking for a sweet treat, go for the desserts such as the Banana Cinnamon Waffle ($4.20) and the Oreo Cookies with Ice Cream waffle ($5.50).

Perhaps, my only reservations about these two desserts were that the waffles were on the drier side, and the banana cinnamon waffles would have been better if it was served with a scoop of ice cream.

AlibabaR The Hawker Bar is a great hangout for sports lovers and families alike, offering up affordable food and drinks. Beer lovers will be spoilt for choice at the wide range of beers that they carry, not to mention, the Turkish stall does serve up a mean hummus and pita, that would work great as a bar bite on a boozy evening.

During game season, this is the place to head on down to for some hearty camaraderie over a pint with your buddies while you cheer on your favourite team.

Previous articleEast Meets West With The Return Of This Popular Burger Pop-Up At Park Bench Deli This 11 Mar
Next articleChug Drinks, Admire Intriguing Art & Jam To Good Music At Gillman Barracks This 11 Mar