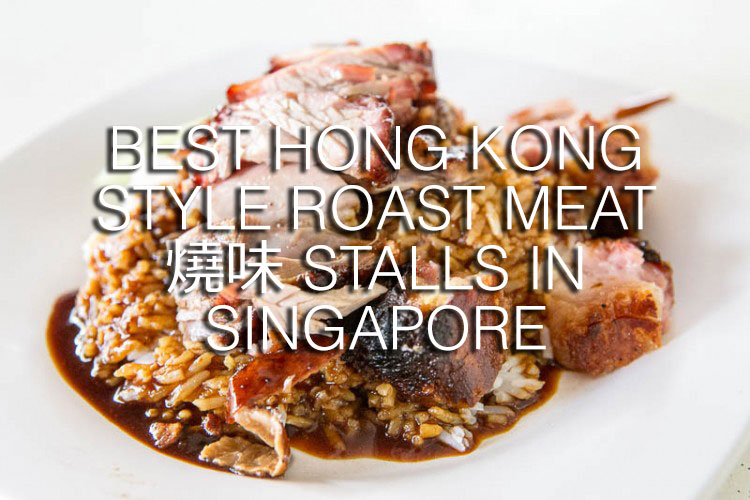 Every respectable food court or food centre in Singapore will have a stall or two selling Hong Kong styled roast meat. However, most only excel in one particular roasted meat and the other two are just average. Few stalls do everything well and hence this article aims to list the stalls that are the most all-rounded in each meat. 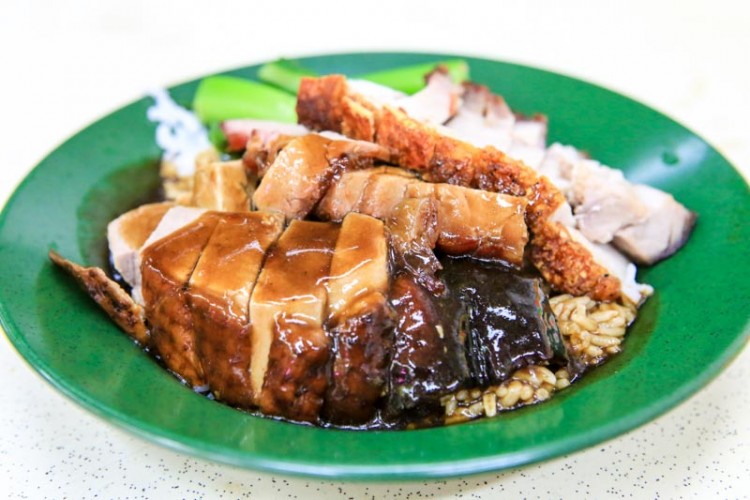 Run by a couple formerly from Hong Kong who have been living in Singapore for close to 30 years, Hong Kong Jin Tian was previously located in Tiong Bahru before shuttering during to rental hikes (blame the hipster cafes…).

They now occupy the shop space that used to be Nasi Padang River Valley – prices are largely unchanged and are pretty affordable. The meats are as authentically Cantonese and have a very unique flavour compared to the competition – probably attributed to the specially blended five spices powder used. 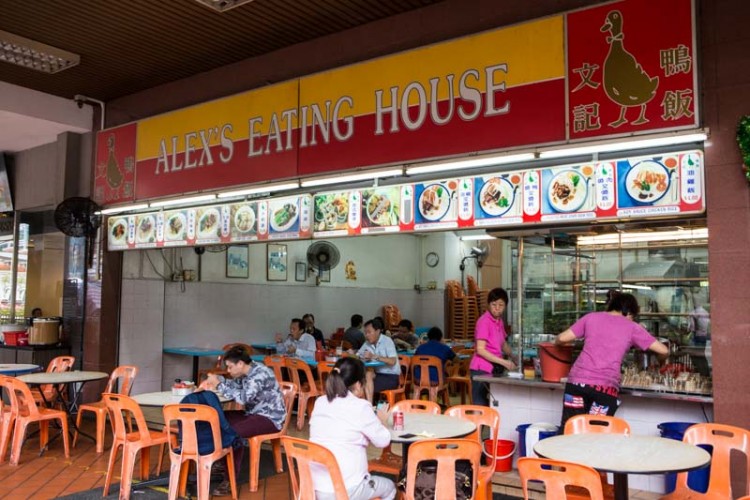 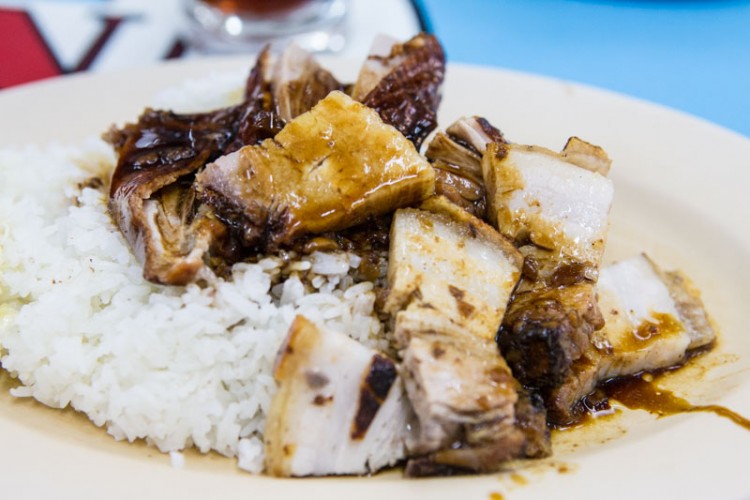 The remnants of the Siew Yoke and Siew Ngap also disappear just as fast. Si Yau Kai (Soy Sauce Chicken) is also available and the Sui Gao (Dumpings) are really good as well. On busy days, they close as early as 3pm so do come early in the morning if you want to sample all the meats. 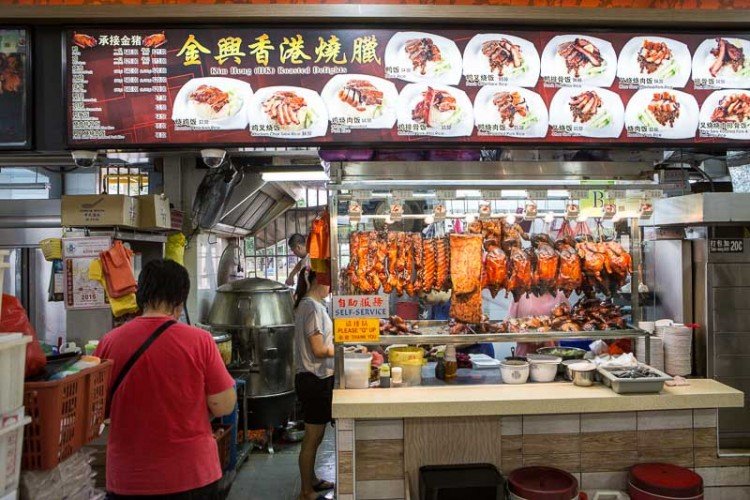 Charcoal roasted meats glistering in rendered fat juices being parade in front of everyone’s eyes. That’s the sight when queuing up at Kim Heng. You will be mesmerised into ordering everything if you aren’t focusing (think of sirens and their enchanting music and voices to distract you). If you love the smokey charred meats, you won’t be disappointed. 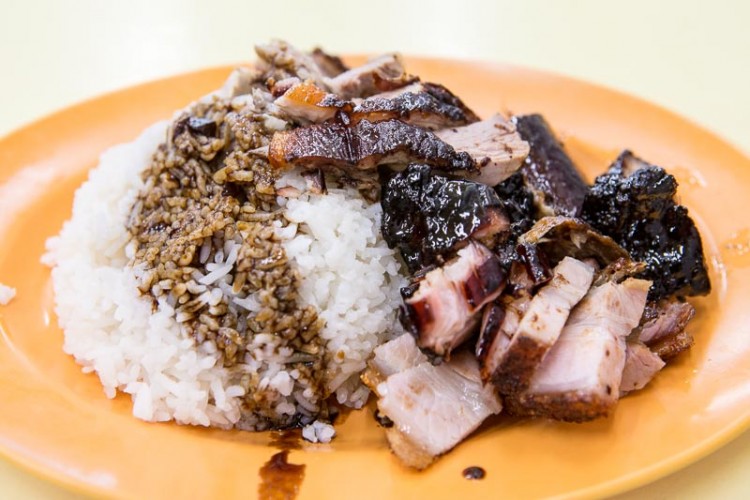 Having eaten from this stall from a young age, I would say that there’s some bias on my part – I love the leaner cuts of meats coupled with the very delicious braised sauce. The stall was recently sold off to the Aztech Group (an electronics company) for a whooping S$4 Million (50% for the recipe, 50% for the property) – the CEO of the Aztech group was a long time regular and hence believed in the business.

Former owner, Betty Ong, is still around plying her knifeman-ship so be assured that the consistency is still there for now. To be honest, would you pay S$2 Million for a recipe? I wouldn’t, but then again perhaps you just loves the stall way more than I do. 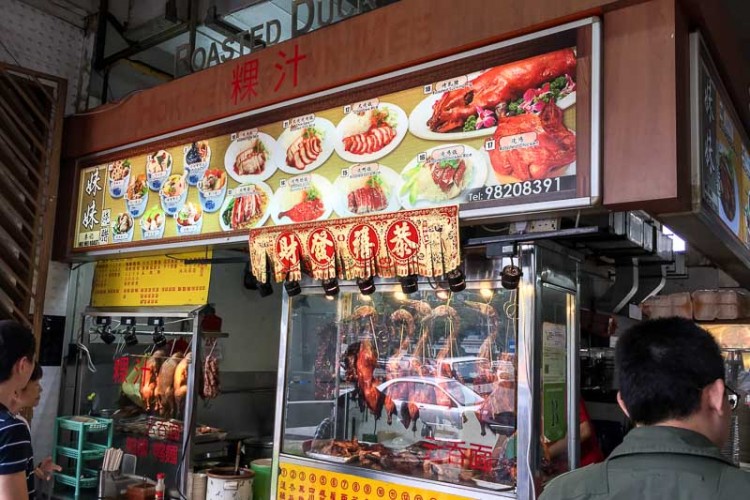 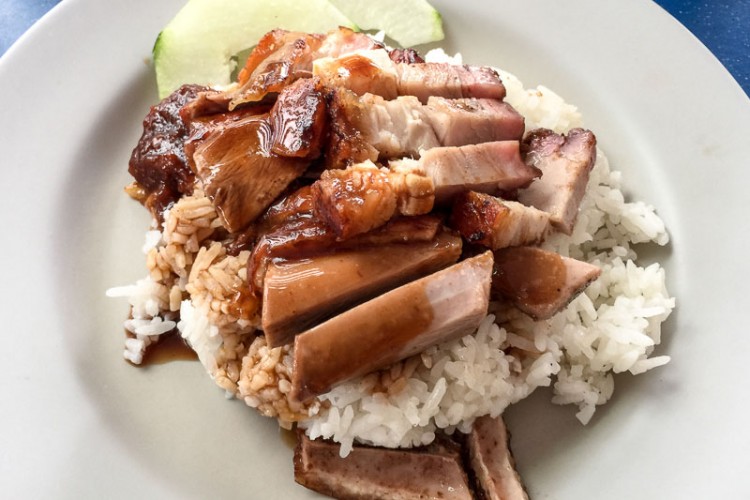 It’s not very often that one finds good bites in industrial areas. Most of the food joints just serve a purpose to fill hungry bellies and not impress. However, once in a blue moon you would find a gem. Mei Mei Roasted Meats does roast meats rather similar to Kay Lee. Why so? Well, the lady boss was formerly the protege of Kay Lee Roast Meats for 15 years before striking out on her own with a similar standard.

Well known for the crackling fatty Siew Yoke, this place also serves up pretty good Char Siew and Siew Ngap. Price wise, it’s much cheaper than the competition so be prepared to queue as they get pretty long. 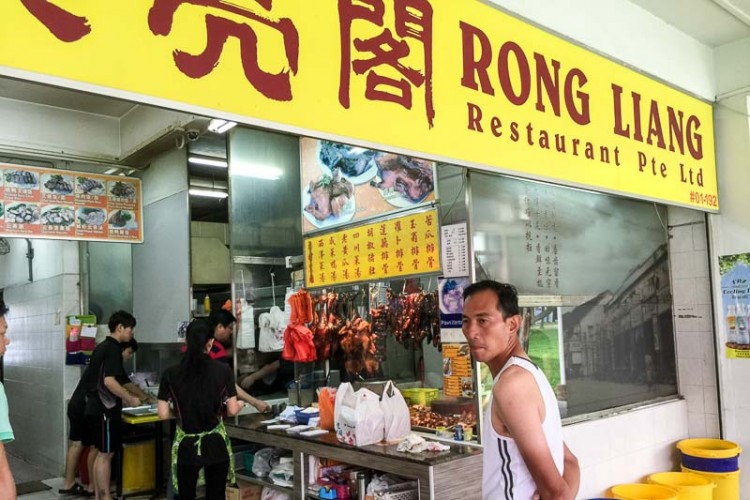 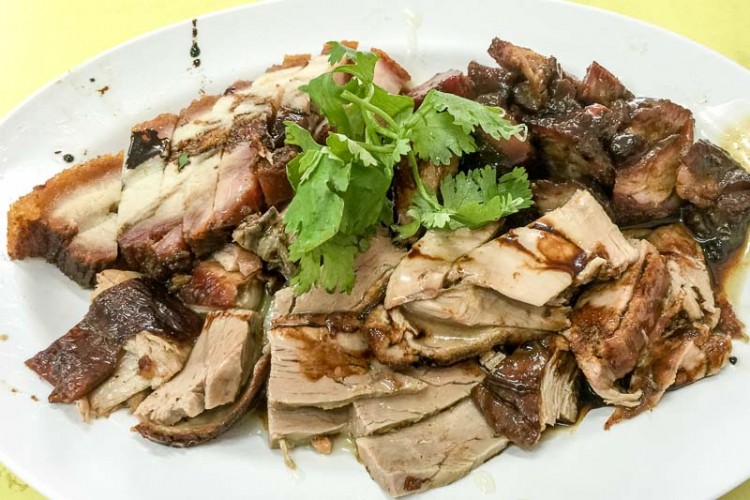 Ever since I got into the food blogging path, I have to admit that the west somehow pales in food variety compared to the east side, with mostly European cuisine in the more upmarket west area. Most of the good local food stalls however are somehow toward the east. Nonetheless there seems to be some hope for the west with Rong Liang serving pretty good roast meats which are really tender. If you have friends who have been or lived in London, you would have heard them rave about the famous Bayswater roast duck (by far the best duck in world). The roasted duck served here hails from Ireland and isn’t as fatty as its London cousin; it’s still just as good. The roast meats here are also pretty good as well – especially the sio yok, although prices can be pretty high at close to $10 for just one plate of rice with 2 meats.

Everyone has their favourite stalls for each type of meat but the overall objective in this exercise was to identify the stalls which do all three meat very well (or the best). I personally love all roasted meats, so do share your insights and recommendations on locations where I missed out or overlooked – I will try them out and add them to the list (if they are worthy).