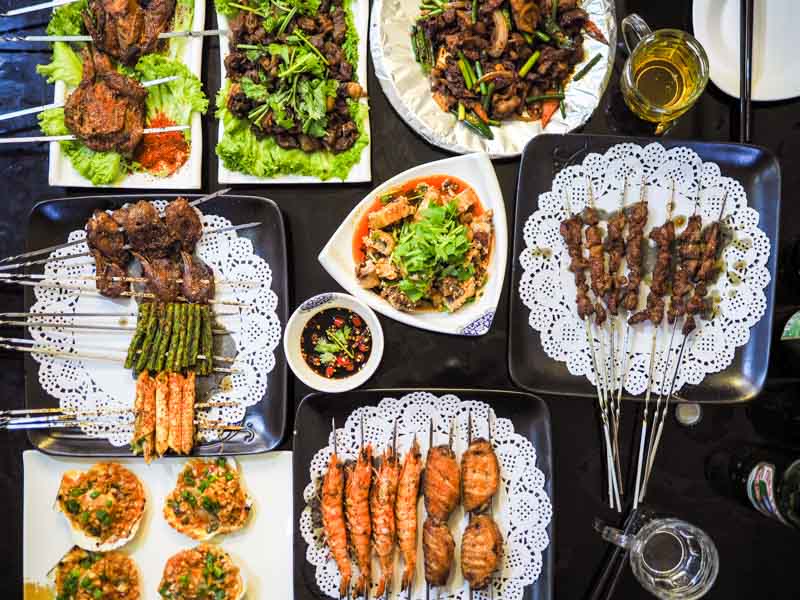 If you want some affordable BBQ skewers at a convenient location, Big Moustache BBQ Skewers would be the one for you.

Opened for about two years, it is located near Aljunied MRT, alongside a whole stretch of food eateries. What’s dining in a Chinese restaurant without having their Chinese beer. The TsingTao Beer was sold at a promotional rate of $20 for four bottles. The alcoholic percentage was not that strong, and we even went for another round after our meal.

As the name suggests, Big Moustache specialises in BBQ skewers, meat-centric dishes, some seafood and carb-based items like noodles and rice. 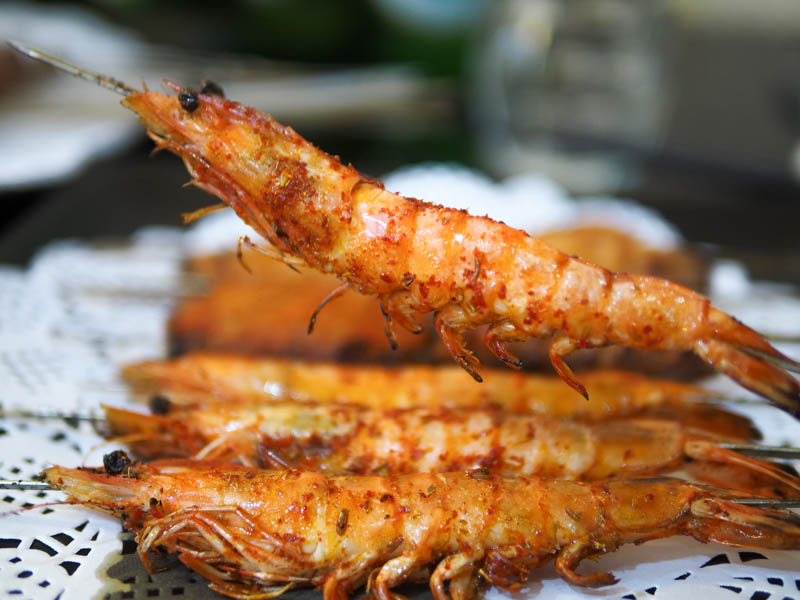 The BBQ Big Prawns 烤大虾 ($2 per stick) were grilled to a beautiful orange colour. Even the shell could be easily bitten through and swallowed. The meat was plump and juicy, at the same time, you could still taste the smokiness.

We also had the BBQ Chicken Head 烤鸡头 ($1), BBQ chicken wings奥尔良烤翅 ($2), vegetable roll 菜卷 ($1) and some lamb satay 羊肉串 ($1). The chicken head was interesting as you could taste bits of the ‘meat’ along with the crunchy bones which is actually edible too. The lamb satay could be more tender but the taste was on point. 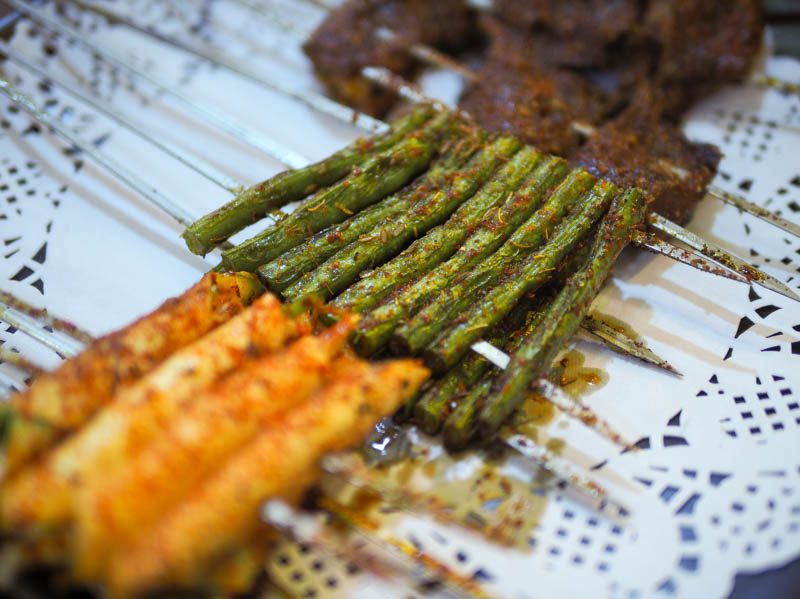 The BBQ French Beans 烤四季豆 ($1 per stick) might look unassuming but they were very tasty. The vegetables were crunchy with each bite and moist inside. They were a good alternative to the meaty dishes. 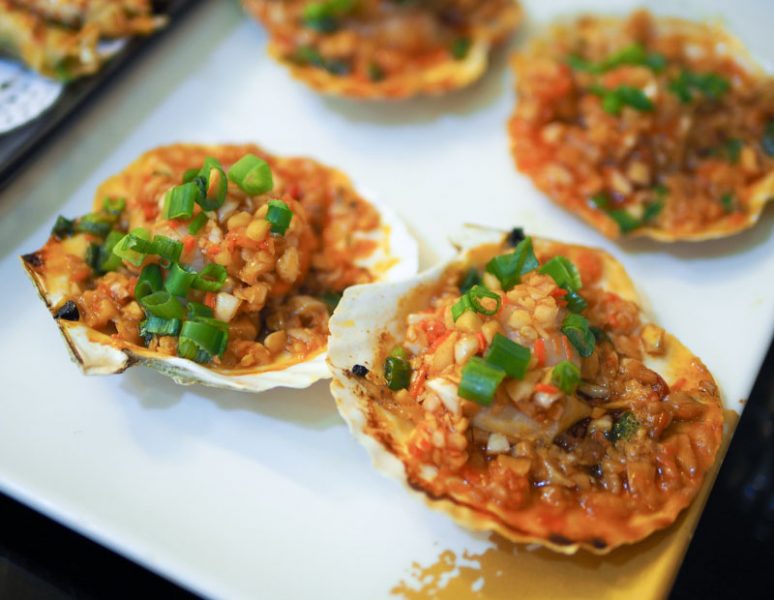 One of our favourite dishes was the Grilled Scallops 夏威夷烤扇贝 ($5). The scallops were succulent and grilled with a lot of garlics. The garlics might be overpowering. If you enjoy garlicky dishes, this would pique your taste buds. 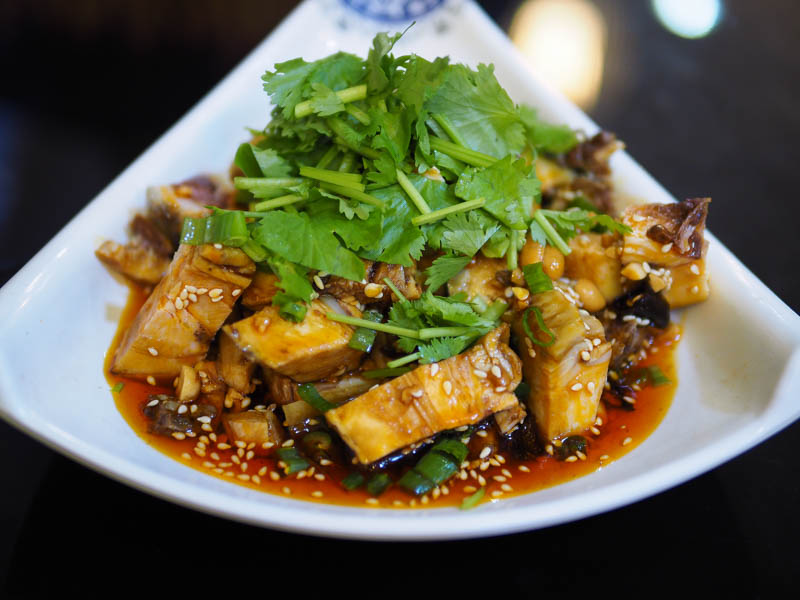 The Sichuan Chicken in Chilli Oil Sauce 口水鸡  ($8) is dope. The chicken meat was poached just the right texture then served cold. It was not as spicy as expected, so even non-spicy eaters could have a go at this too. 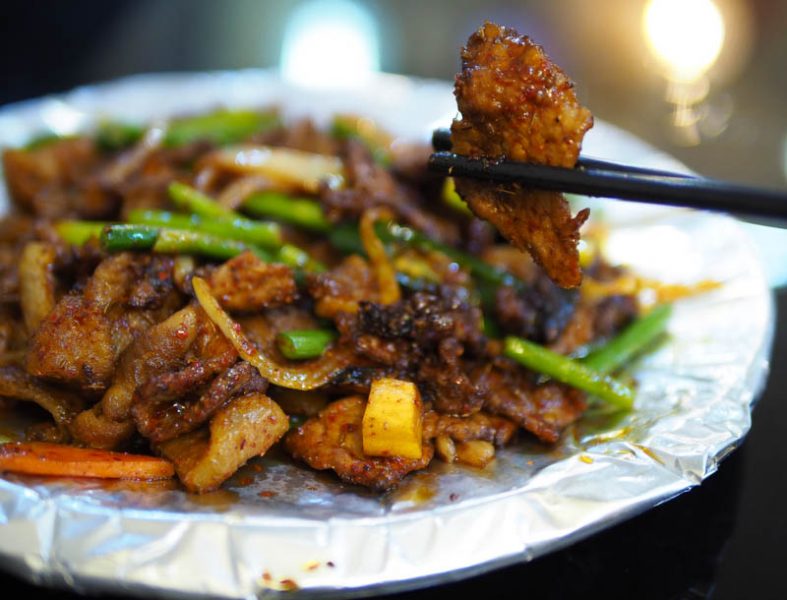 The Stir-fried Marinated Beef 锡纸护心肢 ($15) was very tasty due to the sauce that the beef were marinated in. The taste might be on the heavier side, with pockets of sweet and saltiness. You may want to balance the dishes with some vegetables in between mouthfuls of dishes, or wash it down with some beer. 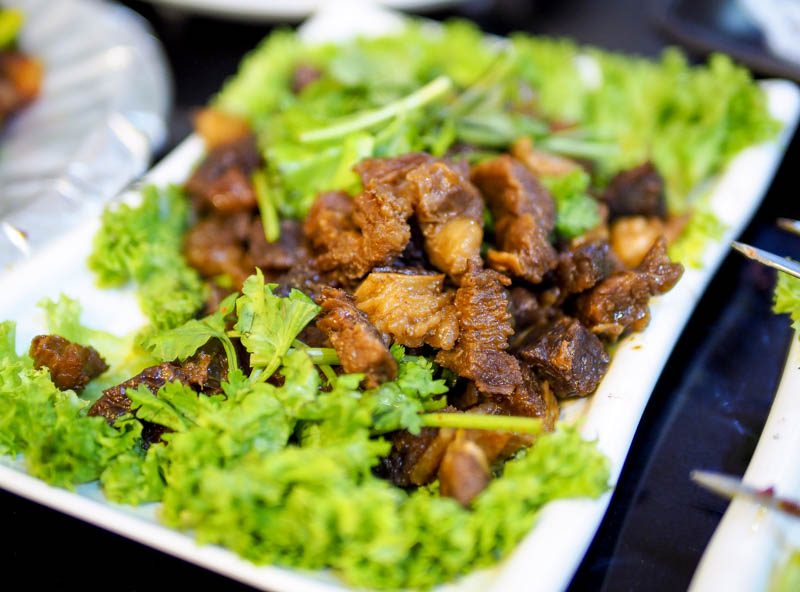 The Hot Plate Three Types of Meat 铁板三样 ($16) was a dry meat dish that comprised of crispy pork cubes. It was addictive and kept our mouths busy.

Overall the dishes at Big Moustache fared relatively well. The skewers and meat were tasty, and the menu selection is rather extensive. The food might be suited for those of a heavier palate as they might find it heavily seasoned. Nonetheless, the use of spices is what made them flavourful. Of course, the best way is to order a few other lighter dishes to go along with it and wash it down with a beer in hand! You will enjoy it.