Birdfolks: Asian-Style Fried Chicken & Speciality Flavoured Rice Like No Other In Clementi 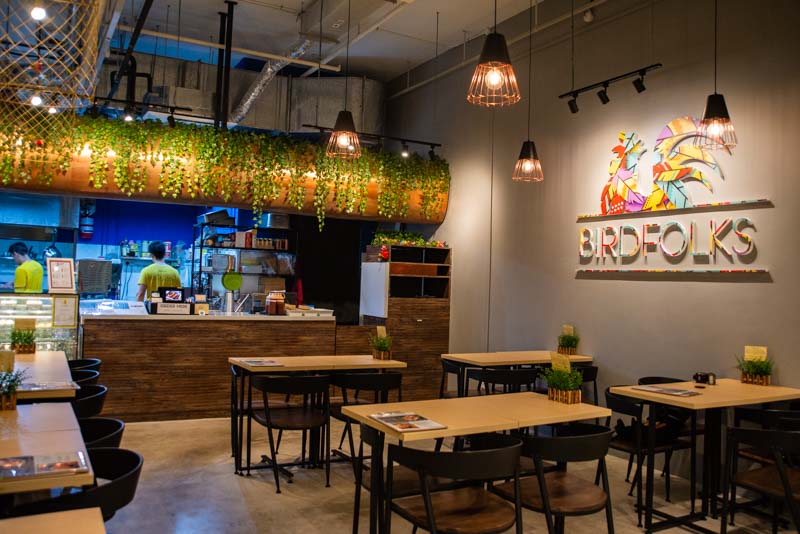 To those who do appreciate these sinfully delicious treats, you’ve got to know about this hidden gem in Clementi that, in all honesty, sells some of the best fried chicken I’ve had in Singapore.

At Birdfolks, your chicken won’t be served dripping with oil, dry on the inside, or dreadfully bland. 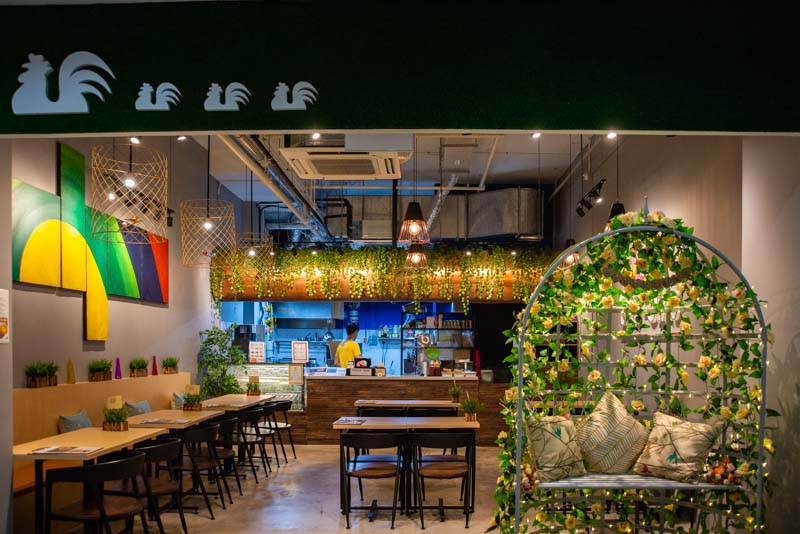 Furnished beautifully, the eatery boasts elegant lights that illuminate the place with a warm orange hue. Bird cages hang down the ceiling, right across from the burst of colour that is the mural on the wall.

Small plants adorn each table, while vines of leaves cascade down at the counter. There’s even a small photo booth, decorated with fairy lights and green leaves. When will KFC ever? 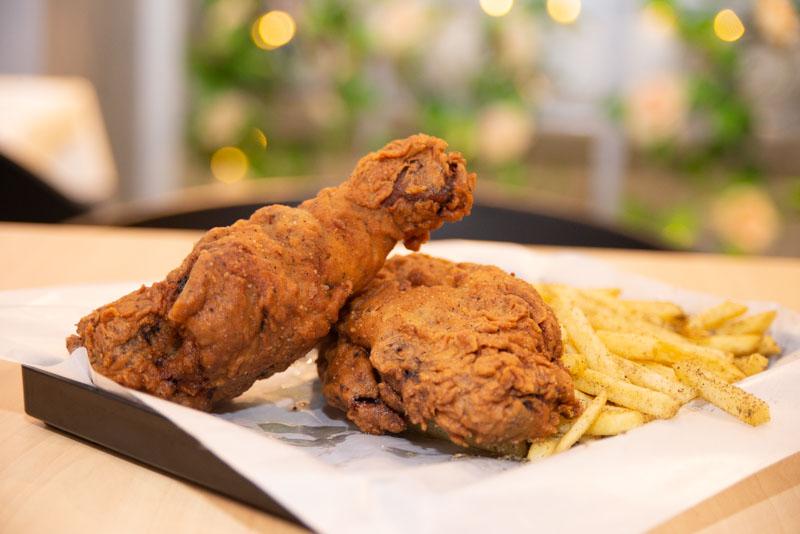 At Birdfolks, it is a necessity that you try the signature Thigh & Drum ($12.90). This flagship dish features two magnificently large pieces of deep-fried chicken encrusted in an Asian-spiced batter, along with a generous serving of fragrant oregano fries.

Usually, the larger the chicken is, the more difficult it is to deep-fry. It’d take a longer time to cook, and therefore, some parts might dry out before others are cooked through. So I was certainly sceptical, to say the least. Little did I know that I was soon to meet my one true love. First, let’s talk about the skin (which is as important as the flesh and should not be peeled off and chucked aside).

It wasn’t bland or soggy or dripping with oil. It was crisp, crunchy and an absolute delight; it was also a little unusual. Fried chicken skin is usually quite one-dimensional – just salty, peppery and fatty – and it’s great like that. But here at Birdfolks, usual doesn’t cut it. Embedded in the crust is a whole bunch of Asian herbs spices that one wouldn’t normally find in fried chicken. 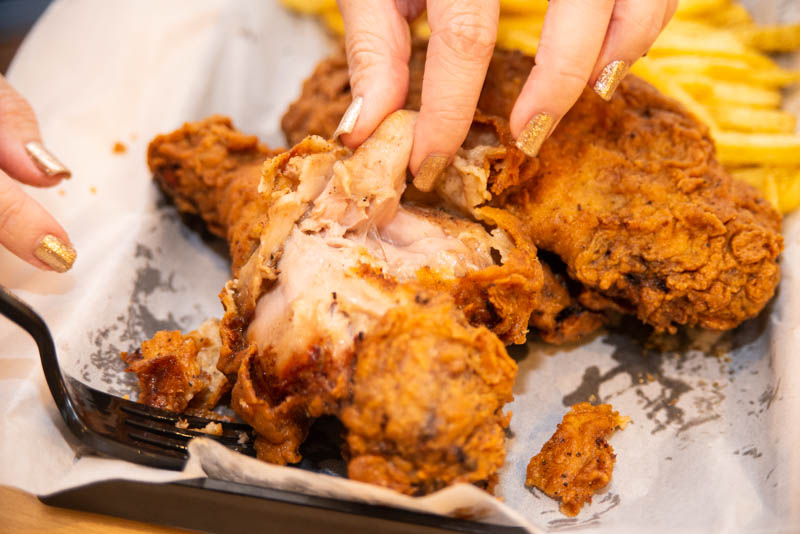 The experience is as such: an unbelievably satisfying crunch as your teeth sink in, releasing a wave of flavour that is a fragrant mix of sweet, salty and peppery all at once, before ripping into the succulent and juicy flesh. And that’s where Birdfolks’ secret is buried.

Brining is a process in which meat is soaked in a saltwater solution for a period of time before cooking. This imparts flavour to the meat, and ensures that the meat remains tender and juicy, even after being deep-fried in huge chunks. 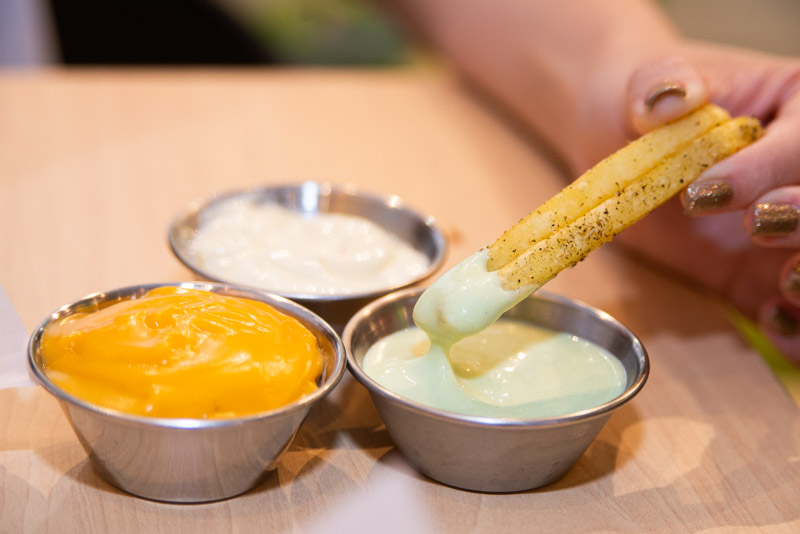 To accompany the stellar fried chicken, Birdfolks offers a number of sauces including a homemade wasabi mayo, homemade truffle mayo and nacho cheese. I recommend the wasabi mayo, because it stings, in a good way. 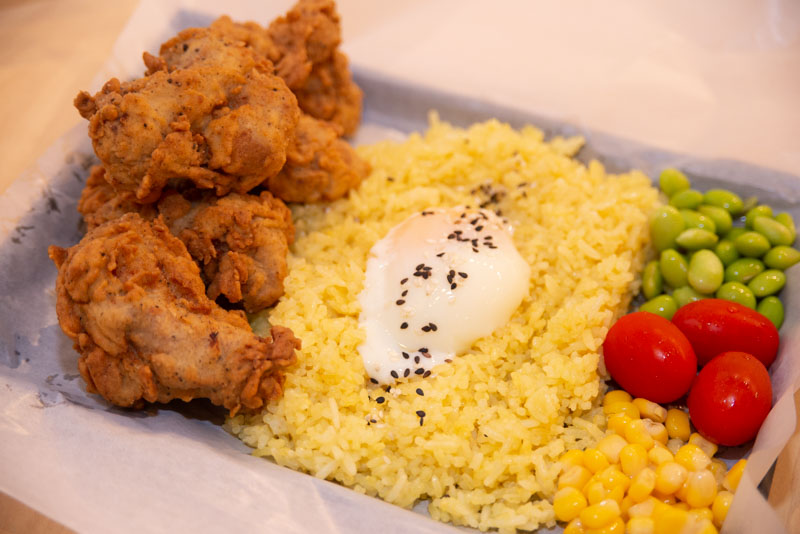 Another quintessentially Asian dish you could try at Birdfolks is the Signature Chicken Rice ($9.90). Despite the less-than-inventive name, I assure you that this is chicken rice in its finest, most glorious form. It’s essentially chicken rice – cooked with pandan, ginger and onion – with a power-up of sorts, depending on what you’d like.

You can choose from four different flavours, including Original, Garlic Butter, Tomato Oregano and Cilantro Lime. It is served with four pieces of fried boneless chicken thigh, an onsen egg and assorted greens. 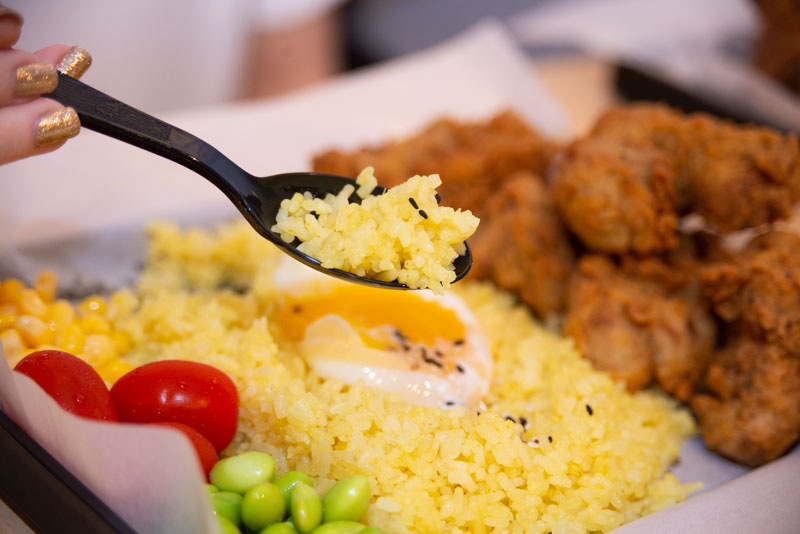 The Garlic Butter is an excellent choice. The garlic provided a fragrant, nutty sweetness and thankfully, did not overpower the flavour of the chicken rice.

With a creamy touch of the butter, this chicken rice was packed with layers of flavour that kept me clawing for more. Mix the onsen egg in, and you’ll get a silky coating over fluffy rice that further enhances the texture of the dish. 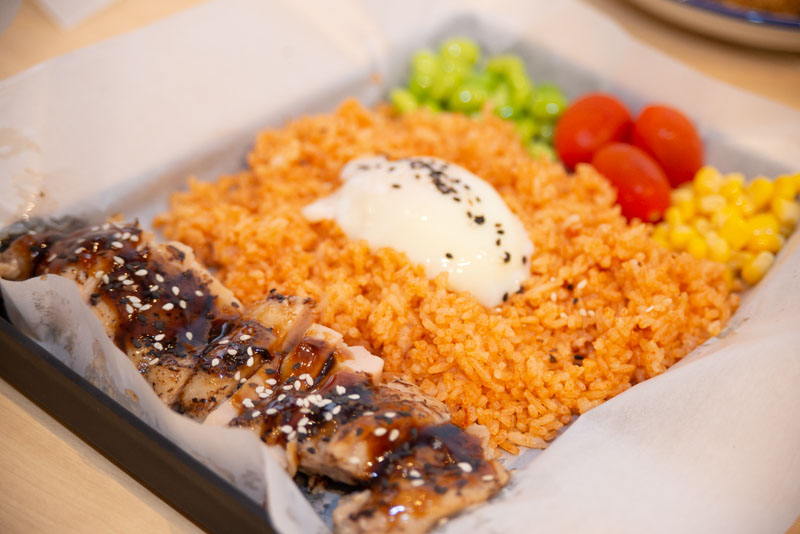 It was sweet and a little tangy with a lingering fragrance from the oregano. I did enjoy its flavour – I mean, any fan of Twisties would. 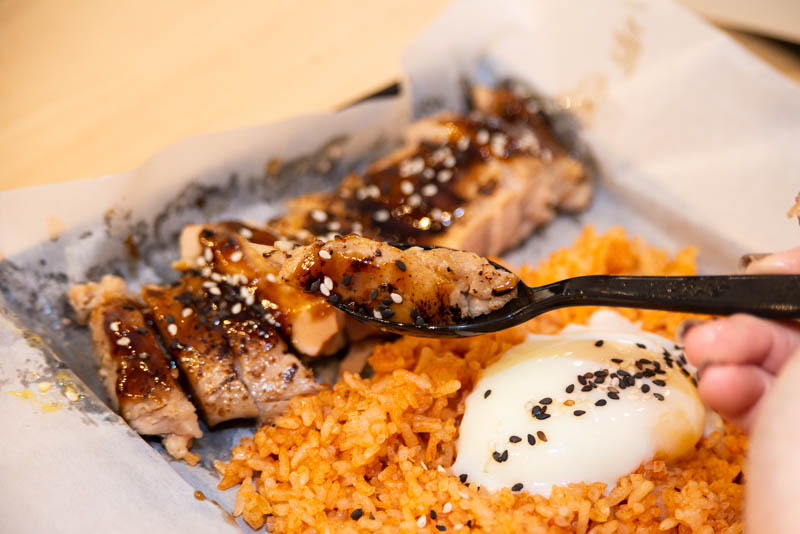 The teriyaki chicken was exactly what you’d expect. Simple, rustic, nothing spectacular, but still enjoyable. 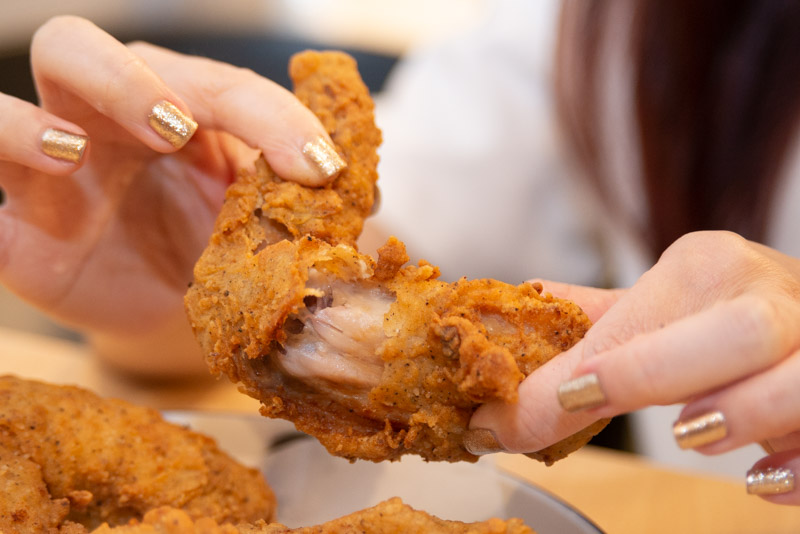 Perhaps you’re not a fan of these fanciful upgrades and like your fried chicken simple and pure. Try the Tasty Wings ($9.90) which comes with six pieces of classic fried chicken.

Of course, the chicken is brined as per Birdfolks’ signature practice, and I don’t think anyone’s going to complain about tastier, more succulent meat. 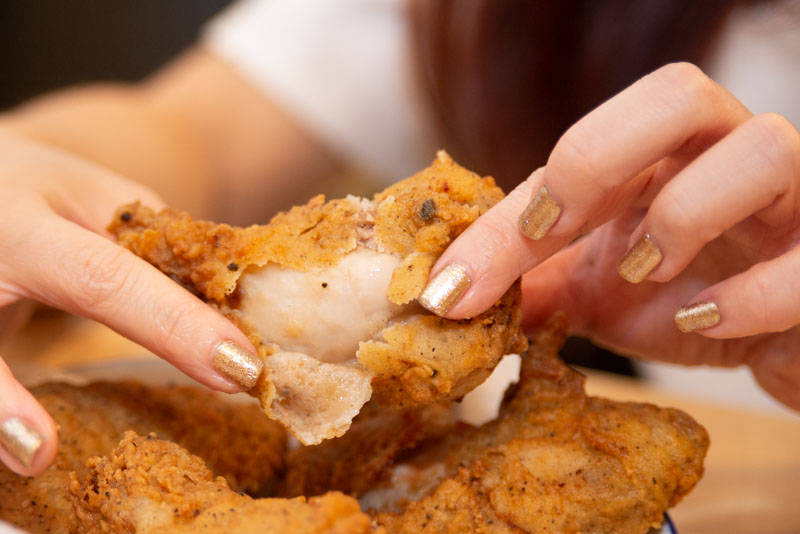 While certainly rudimentary, this was executed perfectly. The chicken skin was wonderfully crisp, and very well-seasoned. It had the classic salty-peppery flavour, and the chicken meat was, unsurprisingly, incredibly moist and delightfully flavourful. Any fan of fried chicken will appreciate this to the fullest. If you want to try some of the best fried chicken in Singapore, you can’t give Birdfolks a miss. Sure, it’s a little out of the way, but that really shouldn’t stop you from making the trip down and having a chirpin’ good meal. Trust me, it’s that good!