Whenever someone mentions heading out to get a plate of an all-day American breakfast, it’s almost always at a café. And it doesn’t sit well with me because deep down, I love my heartland coffee shops. So, imagine my surprise when I heard of Buey Tahan See-Food— a quaint seafood stall located at Foodgle, 308C Punggol Walk, that sells halal all-day English breakfast sets. Surrounded by dilapidated HDB apartments, eerily resembling the Russian Khrushchyovka, Buey Tahan See-Food surely is a hidden gem. After what seemed like an eternity of walking around the dull-coloured buildings, my partner and I finally found Foodgle coffee shop.

We ordered two breakfast sets: Chicken Sausage (S$7) and Champion’s Breakfast (S$11.50). Upon ordering, I noticed that the supposed ‘all-day’ breakfast is only available from 7.30am to 1pm. Strange. 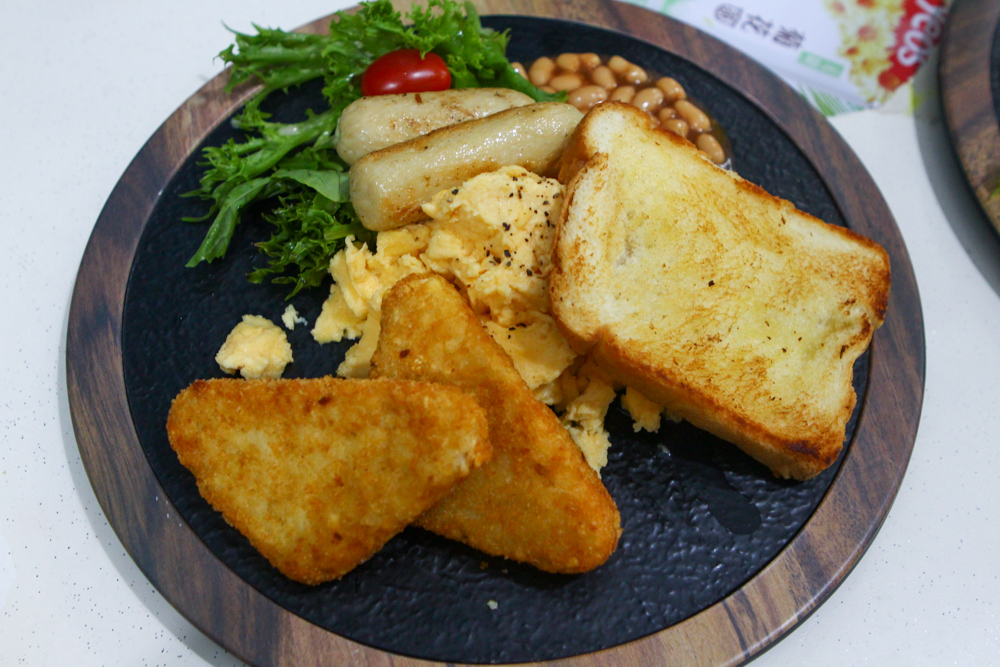 The Chicken Sausage breakfast set comes with two chonky cocktail sausages, two triangular hashbrowns, a slice of buttered toast, fluffy scrambled eggs, right-out-of-the-can baked beans, and garden salad, atop a flat plate. Not going to lie, I was a tad bit threatened by the number of dishes on my plate.

Visually, I was impressed. However, I felt like they could have done away with the flat plate because everything on it was close to spilling off; especially the baked beans. The chonky sausages were char-grilled to perfection and if not for the other dishes on the plate, I wouldn’t have stopped munching on them. Alas, I had to do what I came here for and have a bite of everything else on my plate. 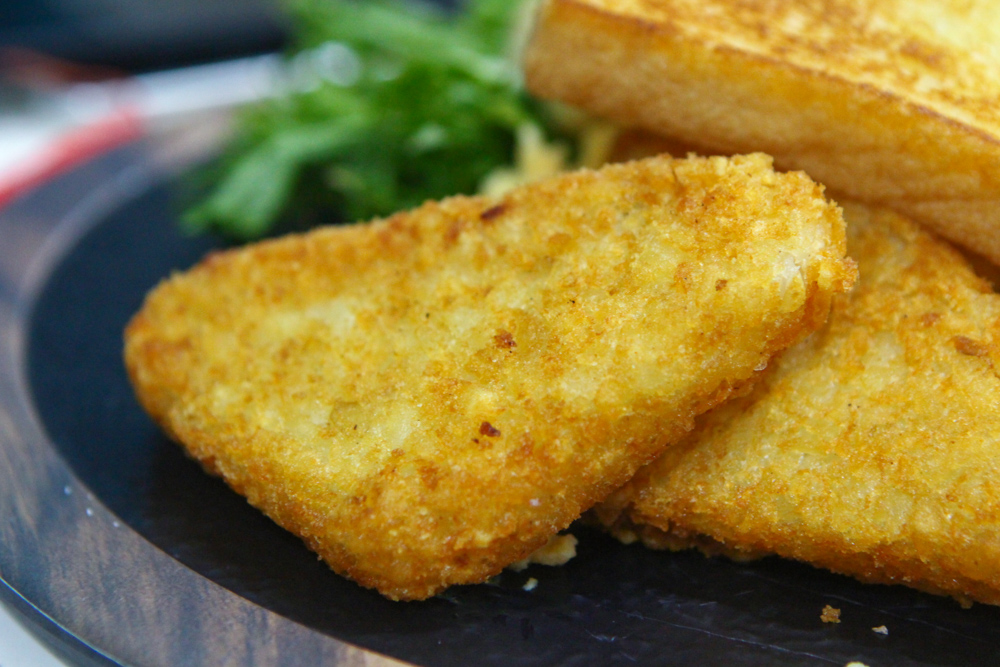 Real talk, I don’t think it’s humanly possible to screw up frying hashbrowns and as a potato lover, these golden triangles brought me immense joy. They were neither undercooked nor overcooked, and were well-deserving to be in the running for my imaginary ‘Best Potato Award’. If I were to be honest, there’s not much to rave about here. The slice of buttered toast wasn’t to my liking as it could have been toasted a bit longer for that ASMR crunch. However, if you aren’t fussy with your slice of toast, it’ll do just fine. Right off the bat, the baked beans didn’t sit well with me because of its intense iron-esque aftertaste. My love for baked beans, like potatoes, is immeasurable, so I was pretty disappointed.

Pro tip: leaving the baked beans to simmer in a pot for a few minutes or pan-frying it with the addition of herbs and seasoning will help rid the beans of the unsettling flavour.

The garden salad, on the other hand, is essentially a medley of garden greens and tomatoes. No complaints from me as it gave the plate a splash of colour and my body the necessary greens. Saving the best for last— the incredibly fluffy scrambled eggs. I was impressed with how the egg was airy yet full of flavour.

I was tickled upon taking this shot because the egg was so bouncy it couldn’t keep still. Tastewise, the scrambled egg was well-seasoned, creamy, buttery, and very light. Like its name, the Champion’s Breakfast set was loaded with a chock-full of dishes. In addition to the same dishes from the Chicken Sausage set, there’s also mushrooms, turkey bacon and chicken ham. As a fan of pork bacon and pork ham, this set is one I’d avoid. However, the floppy bacon and ham addition would do the trick if you’re looking for a proper breakfast or brunch meal to fill you up till dinner time.

If I lived around the area and was too lazy to whip up something in the morning, I’d hop on over to Buey Tahan See-Food to get my breakfast fix. It certainly kept my tummy full till the evening. 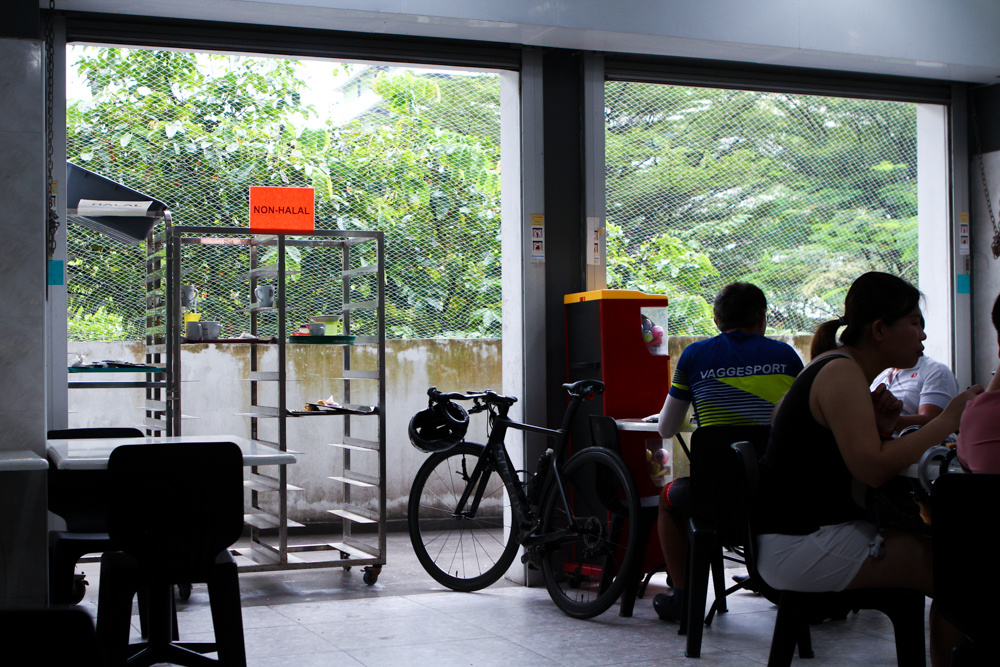 This is one place that will easily miss your radar if you don’t live within the vicinity. It screams ‘hidden gem’, and the crowd here is a healthy mix of cyclists and heartlanders. Despite the minuscule misses, if I was craving a filling and affordable English breakfast, I would cycle over from Pasir Ris to fuel up. Besides, it’s not every day you find a hearty spread at a coffee shop; that too for just S$7!

#Hawkerunder10: How many hawker dishes can you get under S$10?

Mat Western, Bedok North: “The chicken aglio had me at chilli...