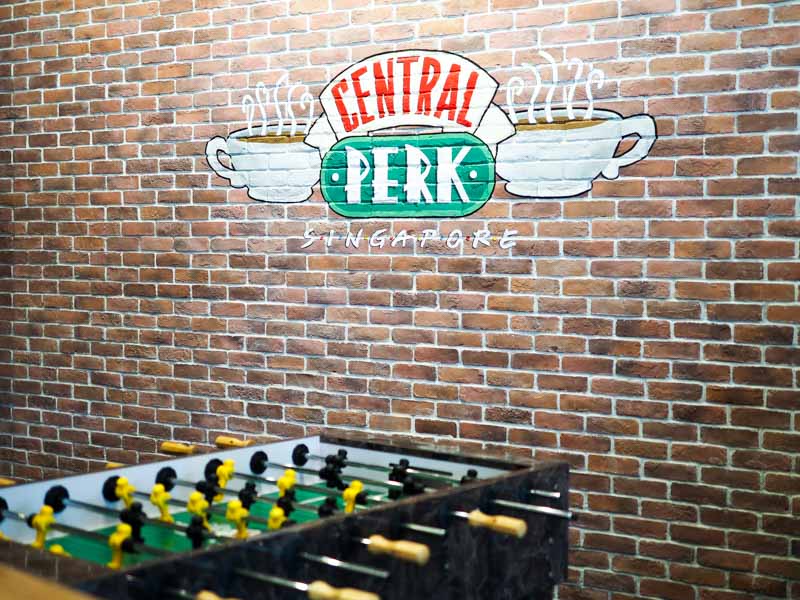 Big fans of FRIENDS, the popular American sitcom, will be thrilled to discover an actual replica of the production site of the hit comedy into a cafe, right here in Singapore. How can we give this a miss!

Central Perk is one-of-a-kind in Singapore featuring the prominent coffee shop cafe in FRIENDS where the gang hangs out, with familiar props such as the orange sofa, green chair, neon signboards and brick walls. The initial idea of opening a Friends theme cafe is started off by six men. The project was put through crowdfunding so as to garner support in the opening of the cafe. Within one week, donations were pouring in and the possibility of an actual FRIENDS Cafe became the talk of town.

We spoke to some of the owners like Jit Min and Derek and they kindly gave us a tour of Central Perk. Central Perk is able to sit 80 to 100 diners. All around the cafe, you see replicas of props from the TV show, so real it felt as if you have been teleported into the roomie lives of Joey and Ross. 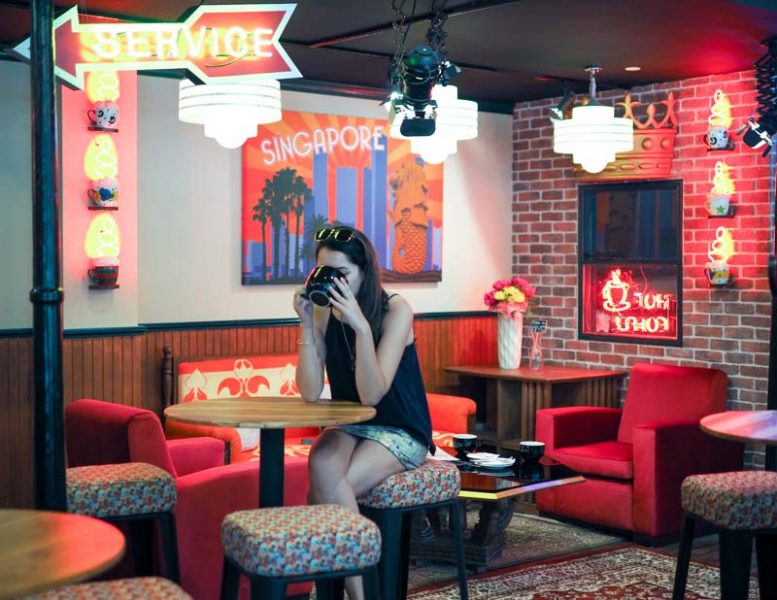 There are simply so many comfy looking stools, sofas and armchairs to lounge on. Grab a hot cuppa or tea and sit by a table with your real friends. The cafe area is probably one of the cosiest place you can find. Even the neon signboards hanging overhead pay homage to the scenes and serve to add-on to the homeliness. 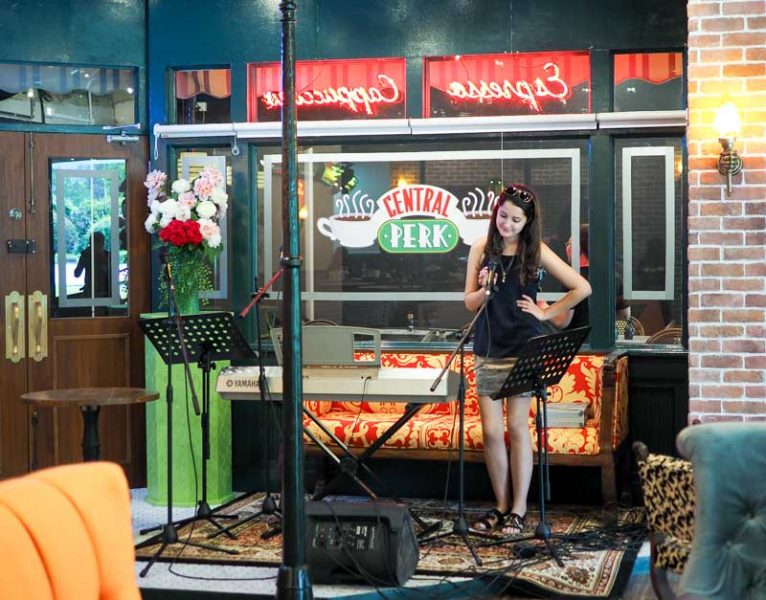 If you grew up watching FRIENDS, you’ll find this stage familiar. For once, you can become Phoebe and start singing Smelly Cat before an audience. Step right up and I’m sure the audience will cheer for you if you were to sing. 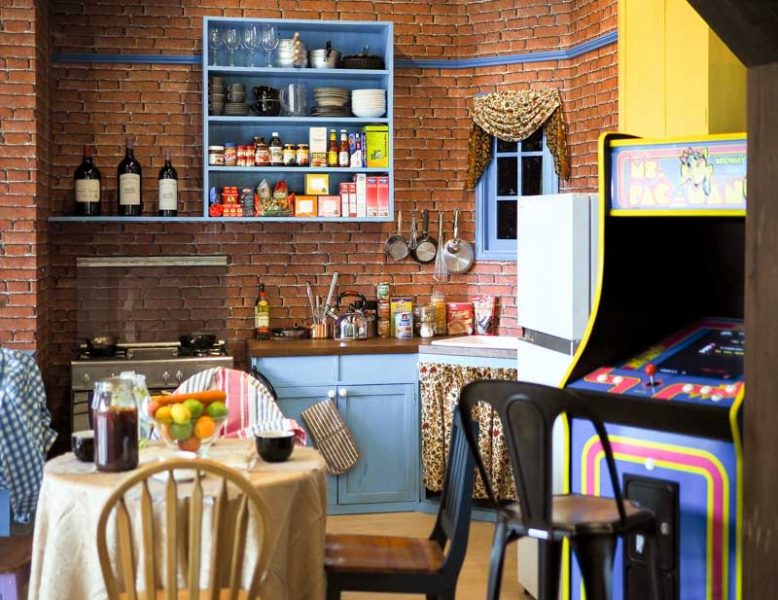 Part of the cafe is also the iconic kitchen that is from Monica’s New York’s apartment. The set is amazingly detailed with real food products on the shelves and stove, within refrigerator and on the table.

Don’t be disappointed that no actual food is churned out from this kitchen because there is another kitchen that does all the cooking of the food that you will be eating.

And… the food is surprisingly delicious, given themed cafes don’t usually have a good record on taste. Here’s what you can expect. We are recommended the Joey’s Fisherman Stew ($38). Seafood lovers would definitely love the variety of crustaceans consisting of mussels, clams, octopus, salmon and prawns. What stole the limelight was the rich broth. Filled with the essence of the seafood boiled over a period, the broth tasted heavenly. The Oh My God Baby Back Ribs ($39) is another signature item of Head Chef Ian. Only free range Iberico pork is used for this dish. The good thing about using iberico pork is that it can be cooked till medium doneness and be eaten with a pinkish centre – this retains more moisture and flavour without overdoing the pork. Cooked and braised for 72 hours, the ribs are amazingly tender. Even the homemade sauce made from a secret recipe had just the right amount of sweetness in it. On the side is some compressed fruits and pickled vegetables to go along with the heavy dish. 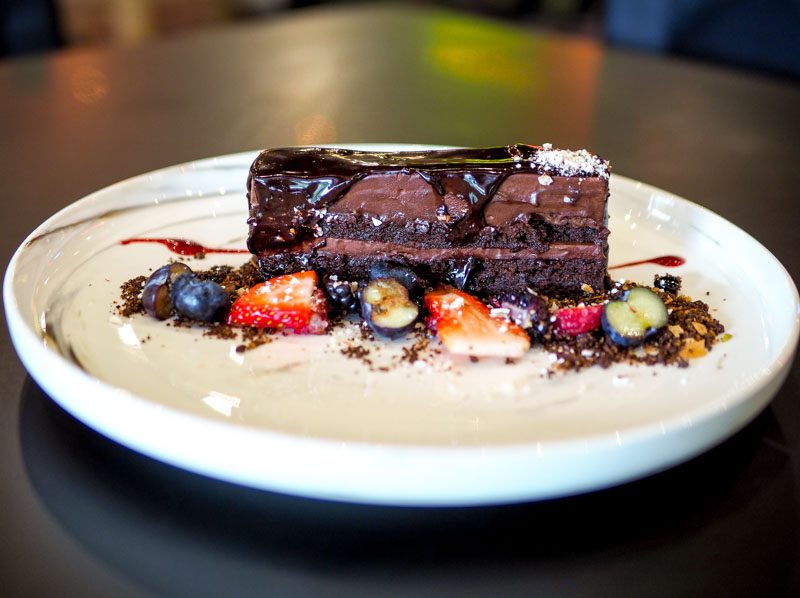 All their desserts at Central Perk are made in-house too.

We were all eager to try the Heavy Fudge Chocolate Mudcake ($16) which was as tasty as it looked. The chocolate glaze on top had a tinge of alcoholic taste to it, followed by layers of chocolate mousse and brownie layers. It was insanely rich and best shared among a few others. To round up the meal with a hot beverage, I had a Chandler Green with milk ($8). It was a smoky blend with the aromas of smoke that filled up my nostril as I drank it. The coffee had a smooth finish with a slight bitter aftertaste. 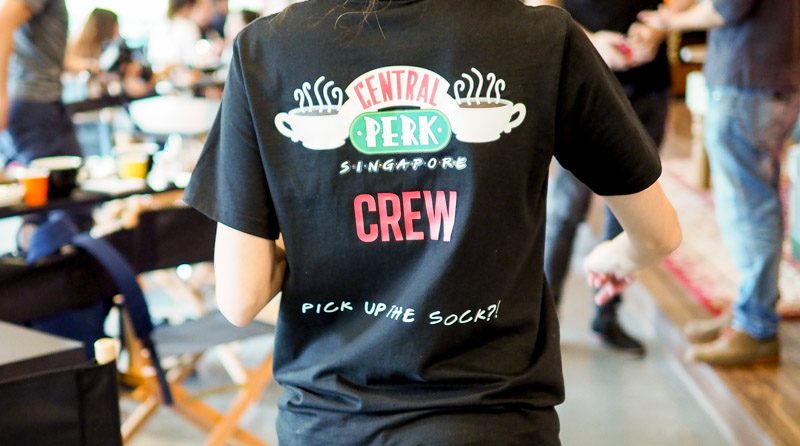 Central Perk cafe definitely lives up to the hype. Not only does the place look down right spot-on to the scenes in FRIENDS, the food also shines on its own. There are many parts of the cafe that are photogenic and insta-worthy too. Surely, these perks are enough reasons for you to go to Central Perk?

Central Perk will be opened to the public from 26 Nov at 6pm to 10pm.

Following the soft opening, operating hours will be from 10am to 10pm Tuesdays to Sundays (Closed on Mondays)

Pollen, Gardens by the Bay: “You’ll be left thoroughly impressed.”

Pollen, Gardens by the Bay: “You’ll be left thoroughly impressed.”