The Lunar New Year may have already come to an end this 2018, but that doesn’t mean you can’t enjoy a good Chinese meal with your family.

Dragon Tooth Gate is a Cantonese restaurant in Labrador Park that gives you the option to eat as much as you want, at a fixed price of $42. 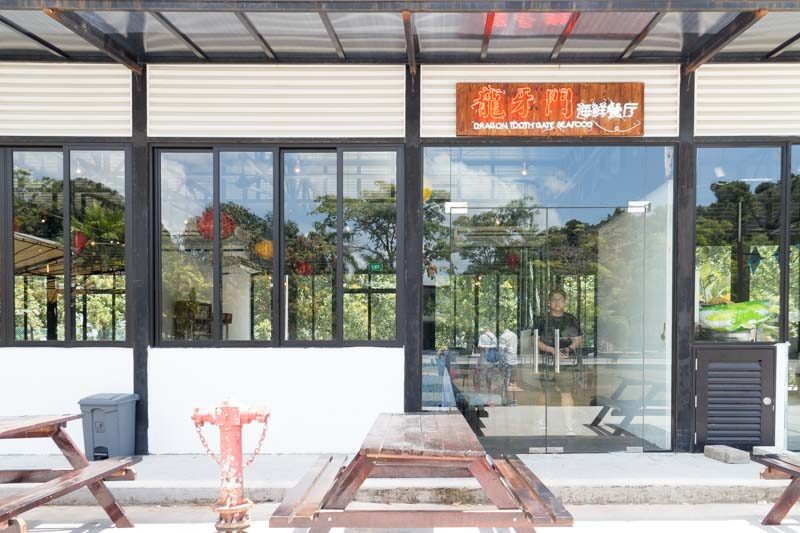 The simple exterior of the long house may be deceiving, as the food served within tells a different story. It may be slightly difficult to find the restaurant as the sign isn’t very big, but look out for its neighbour, The Three Peacocks, and you should have no problems spotting it. 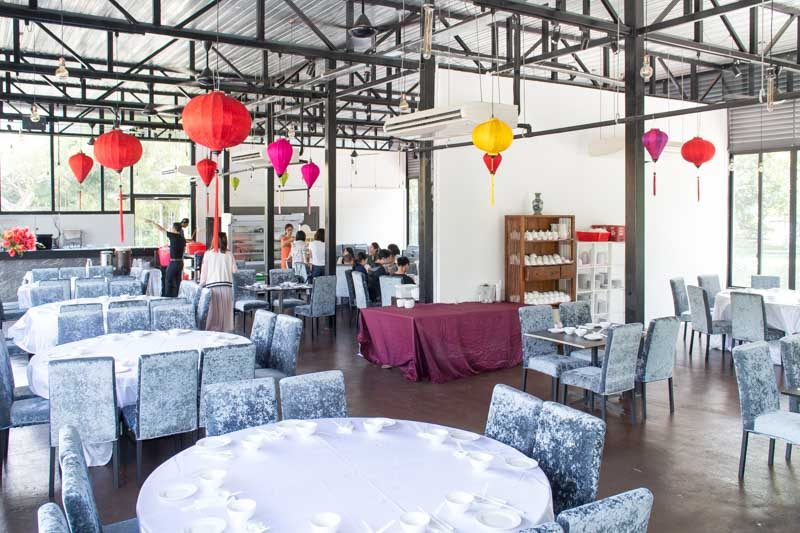 With a spacious interior and a variety of table sizes, Dragon Tooth Gate will be able to host all sorts of events, ranging from large family gatherings to lunch with your closest friends.

However, there are a few conditions that accompany the promise of endless feasting: Certain items on the menu are one-time orders, and some require an additional $10. Trust me, it’s still a pretty good deal. 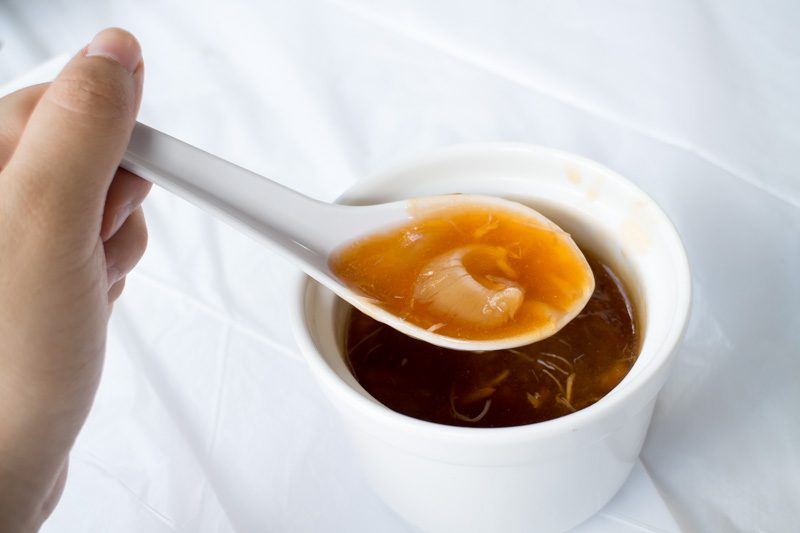 If you do pay that extra $10, you’ll get a one-time serving of Baby Shark Fin Superior Soup, Braised Premium Abalone, and Deep Fried Soon Hock.

Personally, I’m not a fan of shark’s fin soup. But the soup served to us was savoury and rich. It tasted even better with a dash of Chinese vinegar and pepper added to it.

Consisting of crab meat and pieces of real shark’s fin, which had a bite to them, I would have been happier if it just contained crab meat (for obvious reasons) and perhaps that way they can just include it on the free-flow menu. 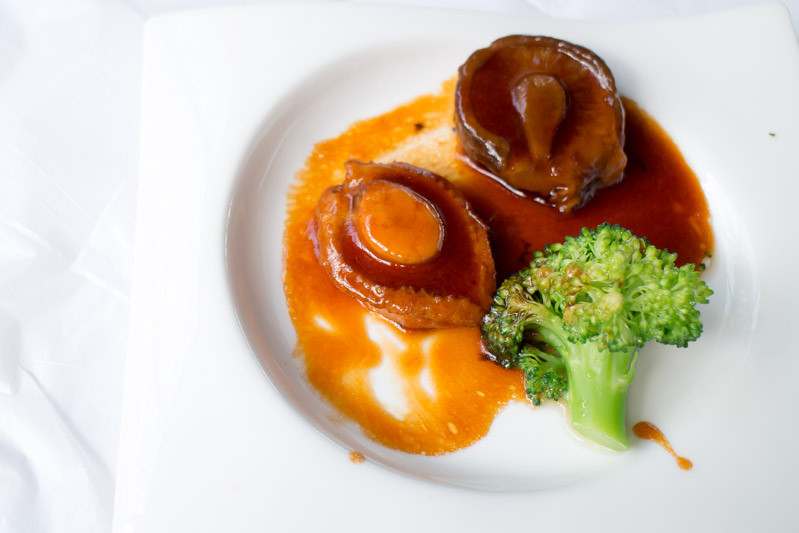 Moving on to the next delicacy, we tried the Braised Premium Abalone which came with one whole abalone, a shiitake mushroom, and a piece of broccoli in a braising sauce that tasted like oyster sauce.

Texture-wise, both the abalone and the mushroom were tender. The broccoli was thankfully also not overcooked and still retained its crunch. 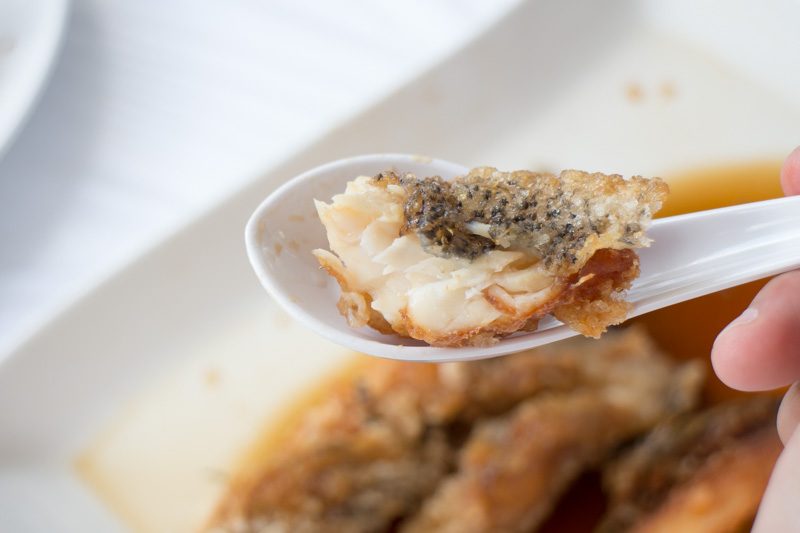 The Deep Fried Soon Hock didn’t stand out to us that much, with its common light soy-based sauce. What was commendable though, was that the skin of the fish was super crispy, while the flesh of the fresh fish remained tender and succulent.

Other than the three dishes mentioned above, there are a few one-time order dishes on the regular menu as well. These include items such as crabs, crayfish, and scallops. 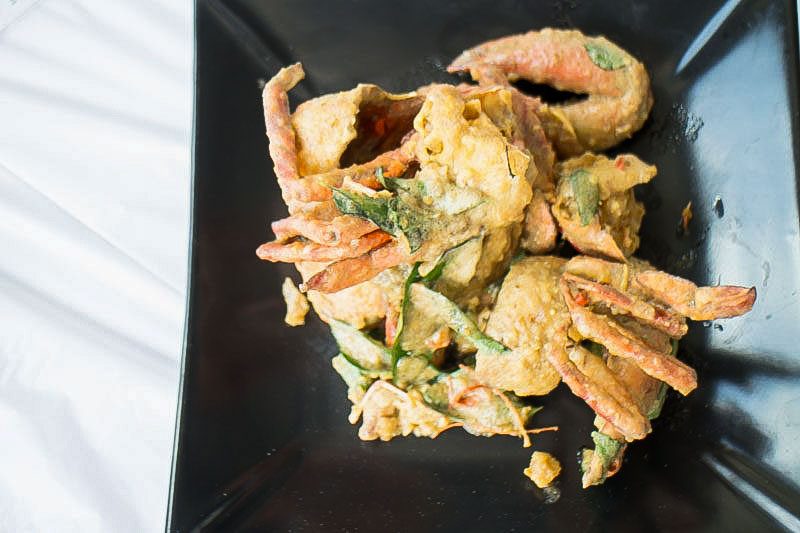 Out of the options offered to us, which include Chilli Crab, Black Pepper Crab, and Buttermilk Crab, we chose to get the Salted Egg Crab. 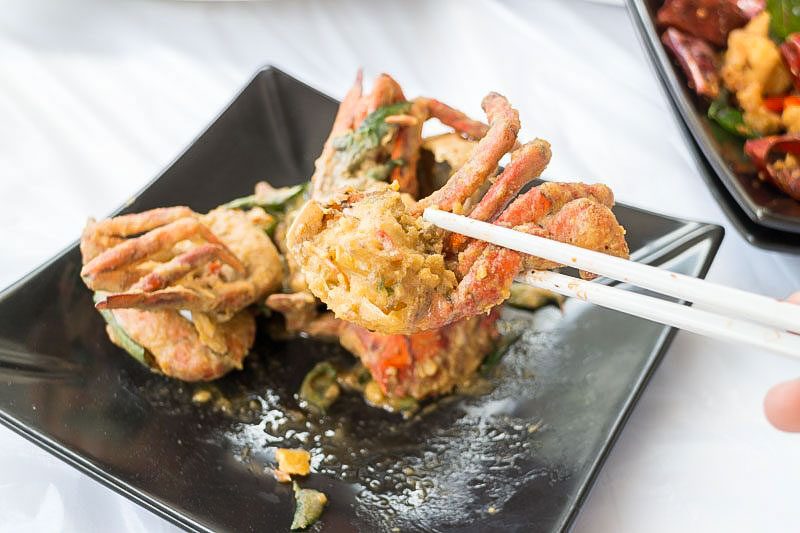 We were slightly taken aback by the portion size initially, as we didn’t know that the crabs were mud crabs so the portions weren’t as large as we expected.

The crabs were fried to crispy perfection, and the salted egg sauce wasn’t too strong so the crab taste still shone through. The crabs were slightly greasy, but that didn’t bother us very much. We liked the Salted Egg Crab, but the same can’t be said about the Black Pepper Crayfish. The selection of flavours for the crayfish is similar to that of the crab, but we decided to switch it up and try the Black Pepper one. Although the black pepper sauce was very fragrant, we thought it needed a little more salt, and ironically, more pepper.

The size of the crayfish was also very deceiving, as with such a large shell, we thought that there’d be more meat. Alas, the amount of meat amounted to one single bite. However, that may just have been due to that day’s catch.

Now for the food items that you can order as many times as you wish. The selection at Dragon Tooth Gate is quite extensive, with meat, seafood, rice, and even vegetarian items. We dove straight in and ordered the Golden Crispy Fish Skin. It came in a sizeable portion, with enough to go around a few times between the four of us.

The touch of salted egg seasoning on the large pieces of fish skin also made it very addictive; we couldn’t stop reaching for more. 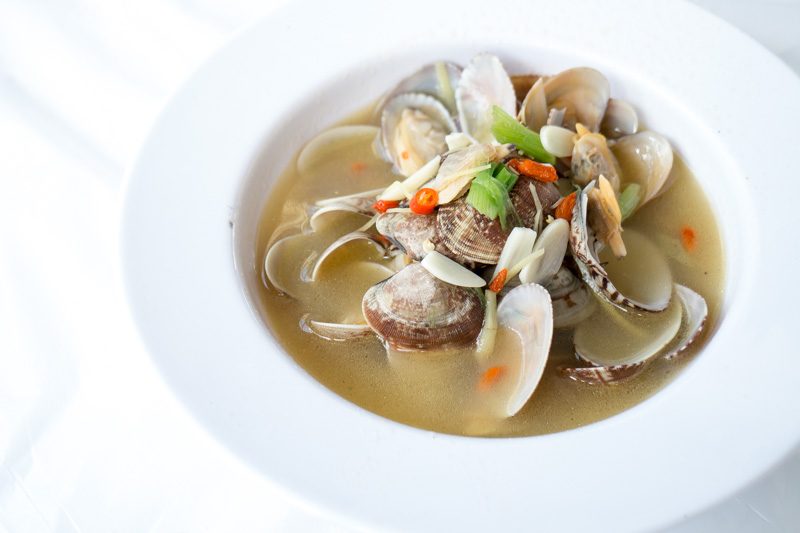 Continuing with more seafood items, we had the Broth Clams. The ginger, chillies, and goji berries came together to make a very flavourful, warming broth with bursts of sweetness. 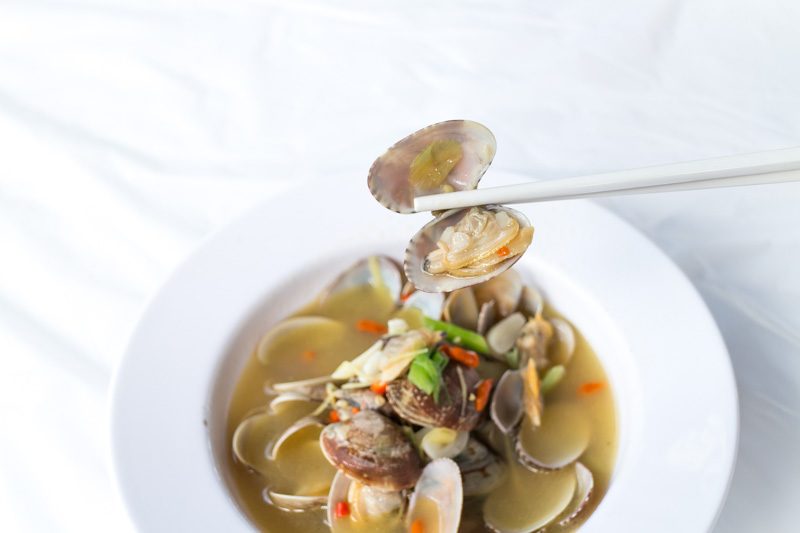 Again, the portion was sufficient for the four of us who were present. Every clam was large, juicy, and succulent. Not a single unopened clam was found – very impressive. 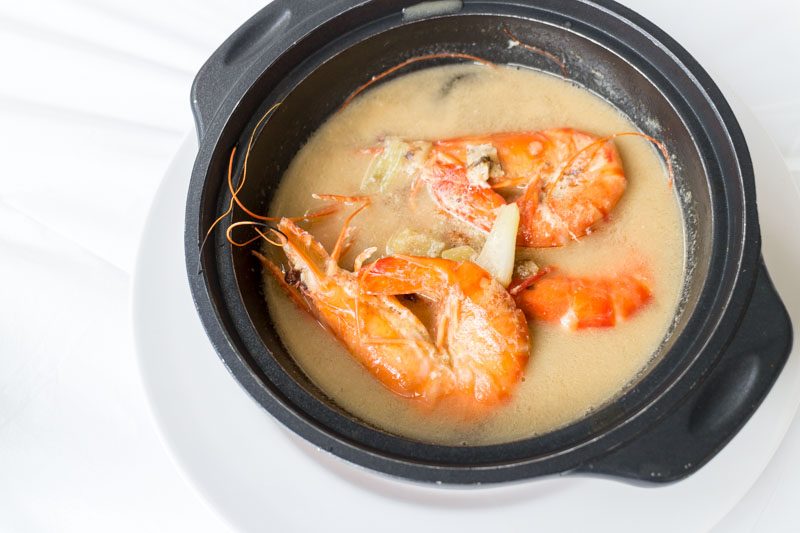 Another dish that we enjoyed was the Drunken Prawns. The broth had a prominent prawn flavour (no doubt made with the sweet prawn heads) and we could clearly taste the Chinese cooking wine used. As an avid fan of prawns, I was pleasantly surprised to find that the prawns were so large and fresh. Needless to say, this was one of my favourite dishes. 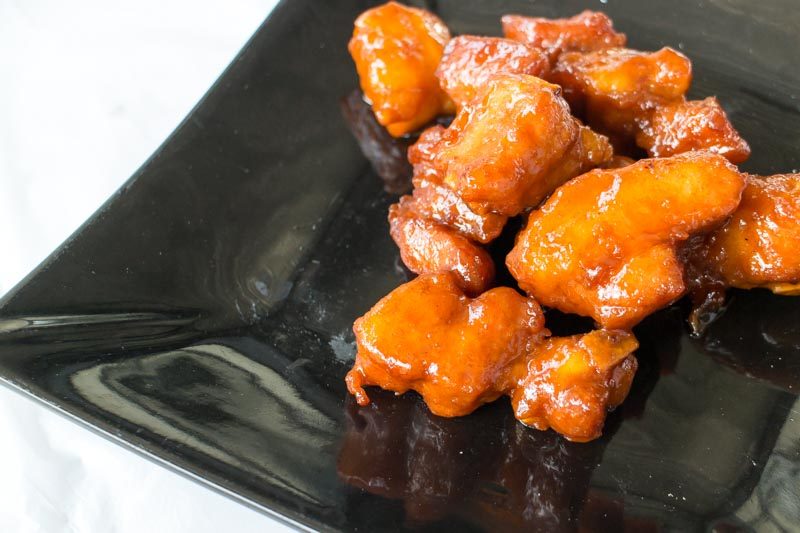 The other strong contender for the best dish was the Honey Pork Ribs. The meat used was just the right kind of fatty, and the sauce that coated the pieces was delightfully sweet and sticky.

Be careful though, it got a little messy when we tried to devour this particular cut. The pieces were rather chunky, and the sauce ended up all over the sides of our mouths. Having said that, it was so worth it!

Sure there were hits and misses at Dragon Tooth Gate, but I think $42 for an all-you-can-eat buffet with some quality dishes isn’t a bad deal at all.

The next time you’re thinking of hosting a relatively affordable family gathering, Dragon Tooth Gate might be one of your best options!

Previous articleMunch Your Way Through These Stalls At i Light Marina Bay 2018
Next articleJalan Alor Night Market: 5 Street Foods That You Must Eat In Bukit Bintang, KL Enjoy Fresh Produce & A Farm-To-Table Dining At This Countryside Farmers’...