Whenever I’m looking for some comfort food, zi char stalls would be my go-to. Even though there’s a wide range of zi char stalls in Singapore, Fu Ming Seafood caught my eyes as they are well-known for incorporating Malaysian flavours to their dishes. 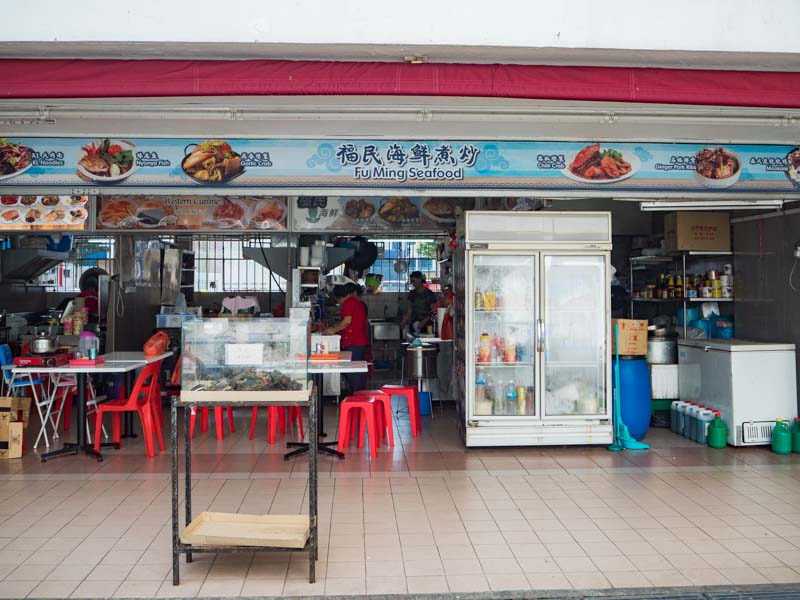 Located in Geylang, Fu Ming Seafood was recently bought over by Mr Glendon Tan. Despite the change in ownership of the stall, Mr Tan retained the same chef who was previously cooking for the store before the take-over. 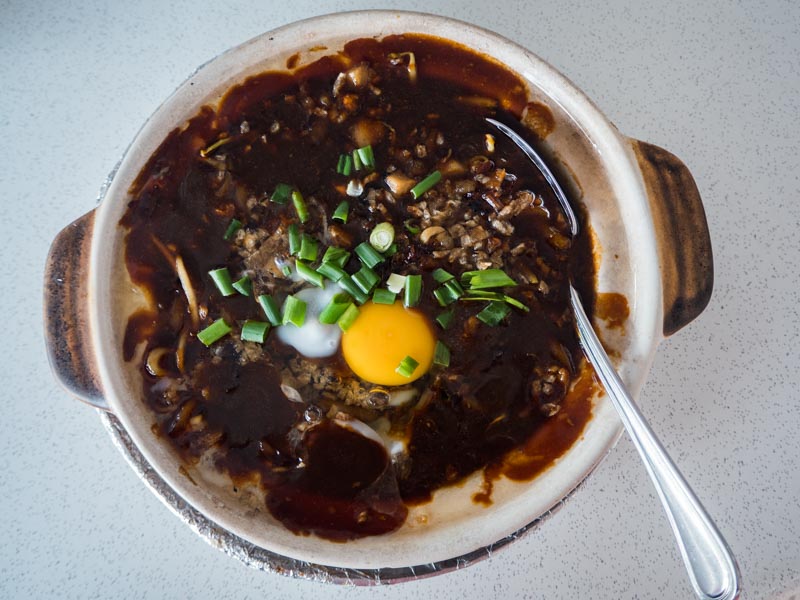 One of the main dishes which attracted me to Fu Ming Seafood was their Claypot Mee Tai Bak (S$6/small, S$8/medium, S$10/large) as this gem can rarely be found in Singapore. The mee tai bak came with a sunshine-yellow yolk in the middle of a bubbling gravy.

I was recommended to break and mix the egg into the gravy to get the most out of the dish. 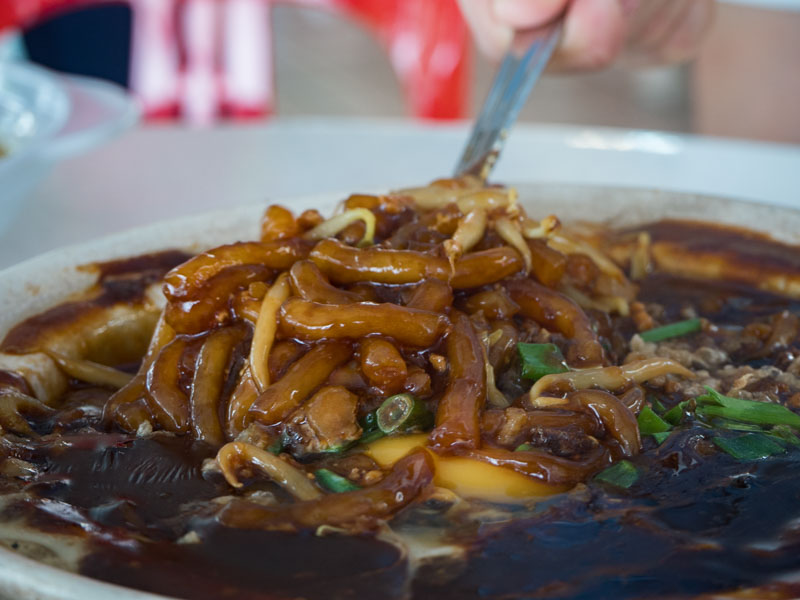 For those who enjoy pork lard, this is a dish for you! Every mouth of mee tai bak I had, I could taste the crispiness of the sinful pork lard along with their minced meat. This dish is best shared between a couple of people as it became too rich for me after a while. 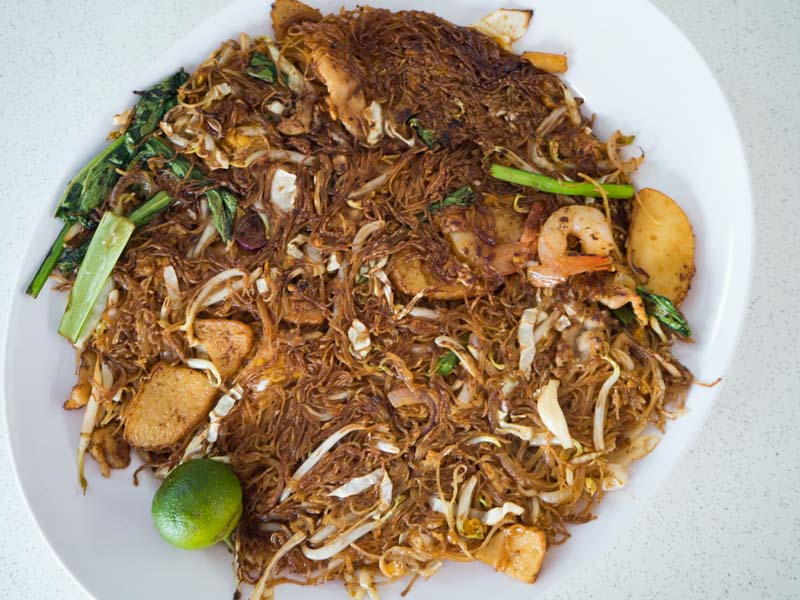 Another popular yet uncommon dish which Fu Ming Seafood serves is their Chao Tar Bee Hoon (S$5.70). This dish is made with special fire techniques and skills to make the outer layer of noodles slightly burnt while keeping the insides soft. Even though the bee hoon is meant to be burnt, I wasn’t able to taste the bitterness from the charred noodles. In fact, it didn’t have the wok hei aroma which I look for whenever I have fried noodles. Nevertheless, what disappointed me was their use of frozen prawns as I expected some sweet flavours from the fresh prawns.

Fret not, if you prefer to have fresh prawns with your noodles, you can call and order them beforehand. 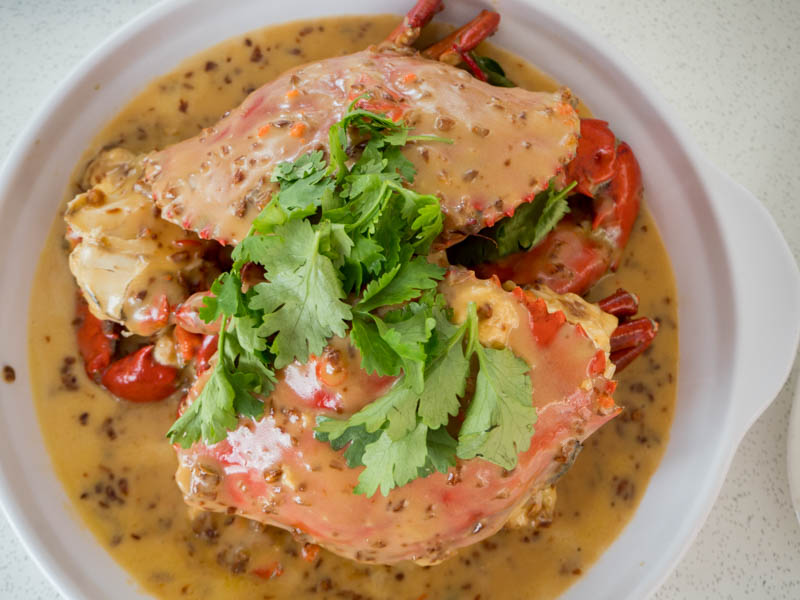 Singapore is popular for its chilli crab and black pepper crab, but to mix things up, Fu Ming Seafood serves a unique type of Garlic Crab (Market Price).

When the dish first arrived, all I could smell was the rich garlic aroma. However, after tasting the gravy, I discovered that it was also cooked with local favourite ingredients like salted egg and some freshly cut chilli to spice things up.

Since both salted egg and garlic are rich in nature, I expected the dish to be jelak after a while but it was the opposite; I couldn’t stop eating it. The sauce was made to a creamy consistency where diners would be able to enjoy it with some traditional mantou buns or to drizzle it on top of some plain rice. 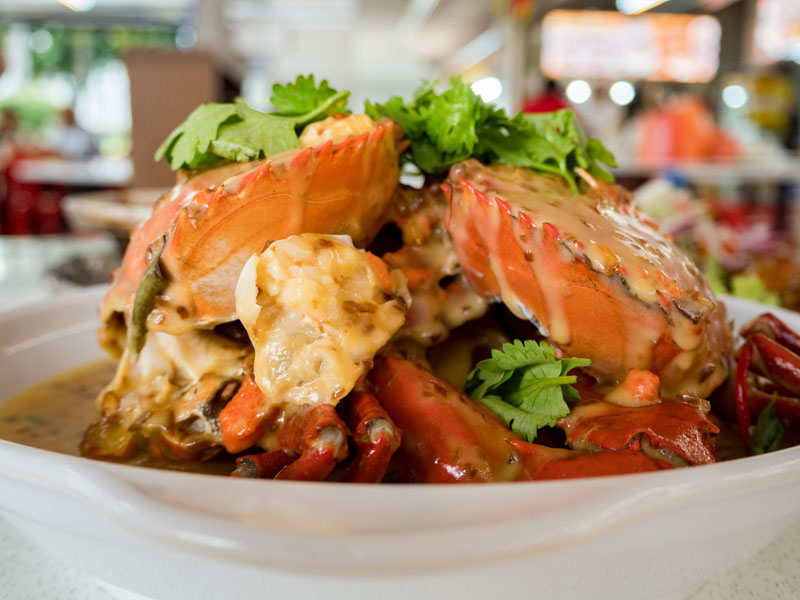 As zi char is one of my favourite type of food, I would definitely head back to Fu Ming Seafood for their claypot mee tai bak. It’s a place where diners can bring their family and friends to enjoy as many affordable dishes as possible. If you are looking for something new, Fu Ming Seafood also creates a unique dish for each month.