Since the beginning of the year, Mamee has been teasing us with their special edition mystery packs which are rumoured to be found in one out of 100 Mamee multi-bags. Due to its rarity, the price of one mystery packet rocketed to a high of S$5 three months ago on Carousell.

If you are looking to spend some serious cash on this mystery noodle snack, hold back those dollars as the notorious Ghost Pepper Mamee noodle has reached our shores and made its debut in 7-11 islandwide. Upon hearing its arrival, I excitedly headed to my nearest 7-11 and found it retailing at S$1.50 for a packet of five.

The blue and black packaging looked menacing as the Mamee monster on it seemed to be shocked by lightning. What made it worse was the warning sign in bright yellow which reads ‘Eat at your own risk!’. Slightly wary, I broke into a packet and took a whiff to determine its level of toxicity and to my relief, it smelled totally normal; harmless, just like a regular flavoured Mamee. Visually, the noodle is black—due to the use of bamboo charcoal—with hints of red from the sprinkles of chilli powder. 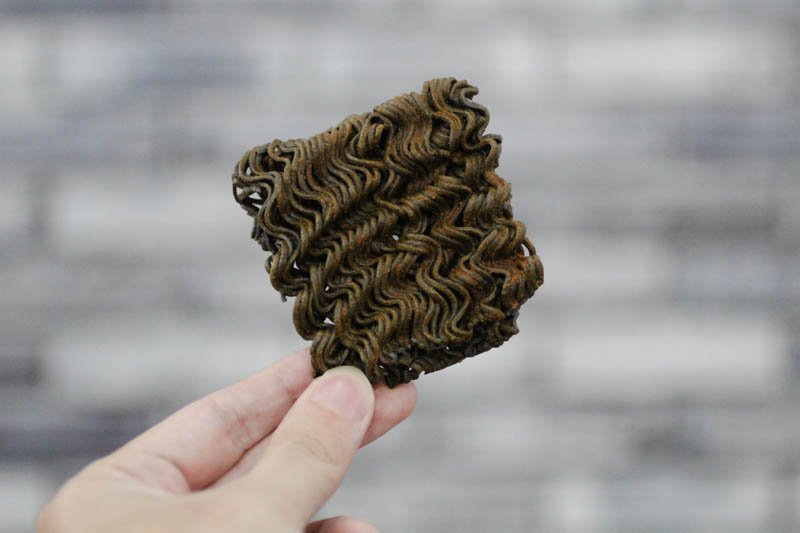 With my guard down, I smashed the noodles and placed a big piece into my mouth. For the first five to ten seconds, as I chewed the noodles, it tasted fine and I felt as if I could devour the entire packet. But, I was wrong. 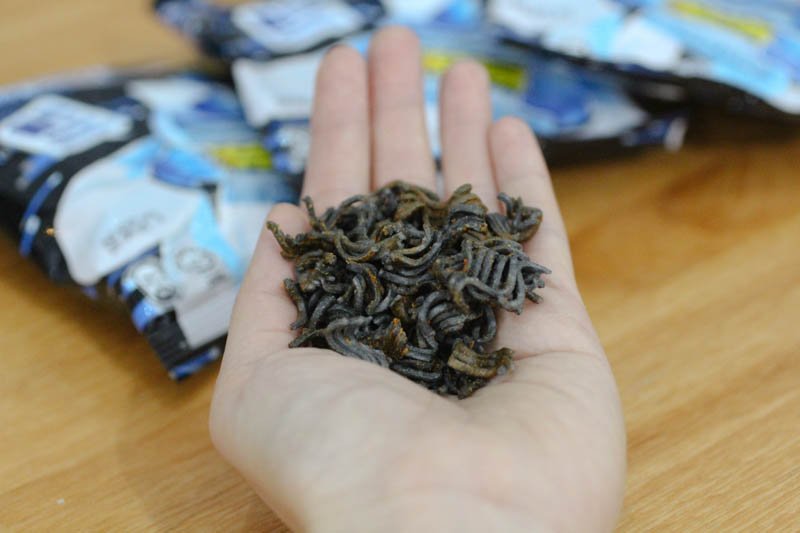 Be warned, my friends. The heat kicks in much later, and my mouth felt like it was on fire as the burning sensation blazed through. Even after chugging down huge gulps of water, the numbing feel still lingered on the surface of my tongue.

I have always assumed that I can handle spiciness pretty well but my experience with the Ghost Pepper Mamee made me think otherwise. For that, I would rather spend my money on the regular Mamee and enjoy them as I usually do.

If you up for a challenge, why not take on this Ghost Pepper Mamee to test your tolerance for spiciness? After all, it’s just S$1.50 for five packets!

Dates & Times: Now available at all 7-11 outlets in Singapore, whilst stock lasts