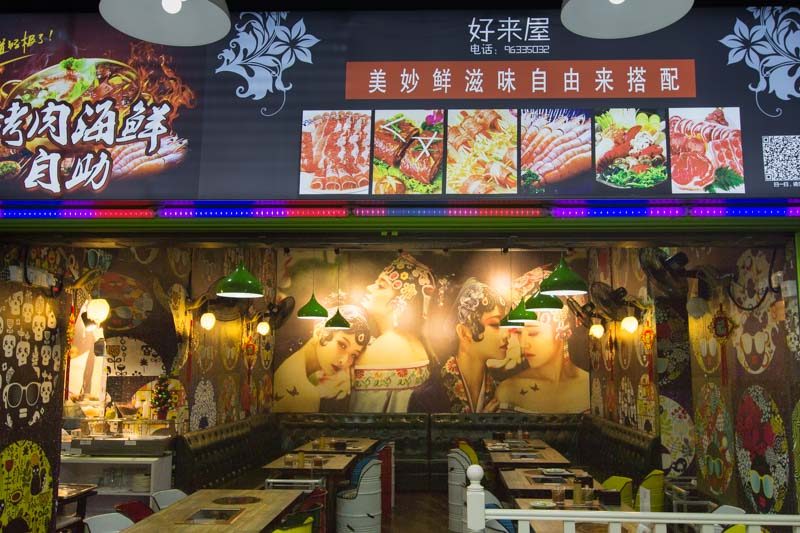 Steamboats are a dime a dozen in Singapore, with restaurants using identifiable metal steamboat pots that we are all too familiar with. At Hao Lai Wu Steamboat & BBQ however, you’ll notice something different straight off the bat. 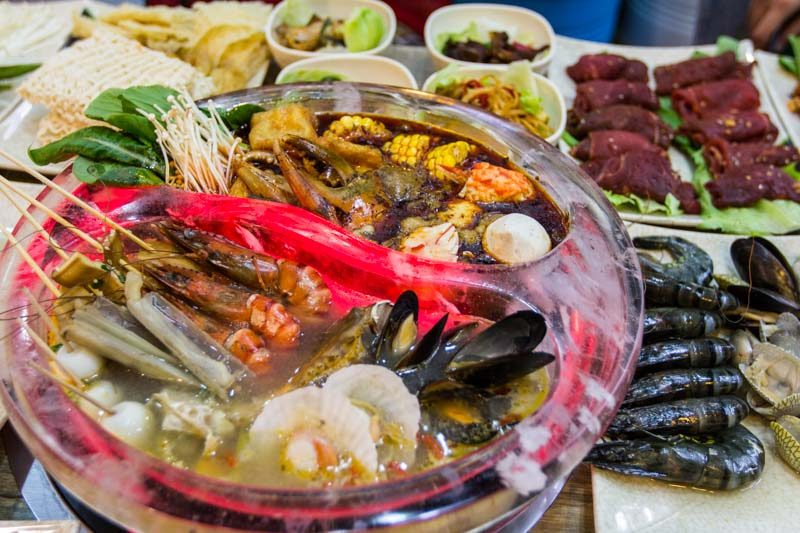 You won’t find any metal pots here, and in their place are clear crystal pots illuminated in red. These pots are a rare sight in Singapore but widely adopted in China for its ability to prevent accidental burns.

True to that claim, even when the soups were boiling, I was able to put my hand on the pot without burning my skin. This would be great for families with children, or just for people like me who seem to put themselves in potentially dangerous situations. Another unique feature is the chairs — the seat cushion is removable, allowing you to stow your bags away in the body of the chair while you feast. This keeps them safe from the barbecue smell and accidental spills, and it doesn’t hurt that they’re Instagrammable to boot.

Hao Lai Wu Steamboat offers five different soup bases for its buffets (Lunch $15.80+, Dinner $20.80+), but the most popular are the chicken and mala soups. The mala soup base can be customised according to your spice tolerance. The chef preparing the mala soup base is from the Sichuan province, so you can be assured that the soup will taste authentic. The normal level worked well for us, but if you find it too mild for your taste buds, there’s a wide range of spicy sauces available.

The chicken soup base is loaded with plenty of Chinese herbs that are beneficial for health, such as dang shen, goji berries, red dates and Chinese yams. This results in a rich broth that evolves over time with the addition of flavours from the meat and seafood cooked in it.

We found it to be a tad salty nearing the end of the meal, but it was understandable as the soup has been reducing for almost two hours. 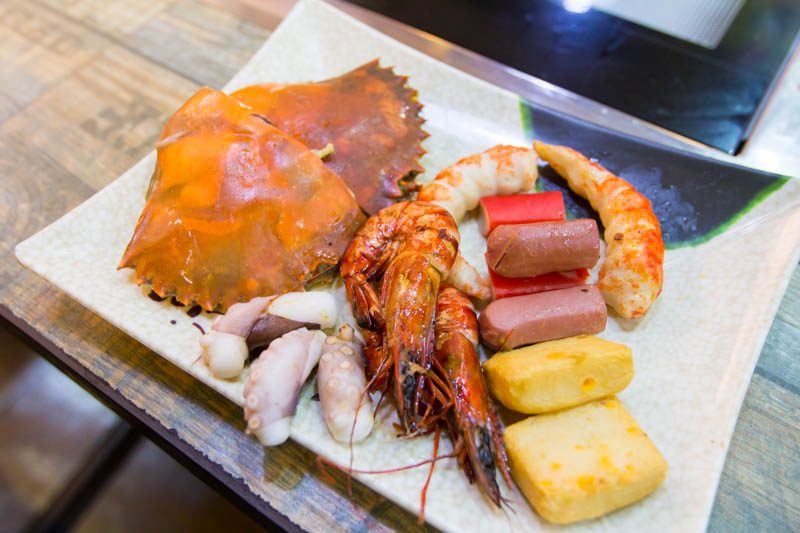 The seafood was fresh and a wide variety was available, with crabs and bamboo clams in addition to the standard prawns and other ingredients. An ingredient that stood out was the octopus tentacles – dunk it into the soup for a minute and enjoy the chewy yet tender flesh. Make sure you don’t overcook it! 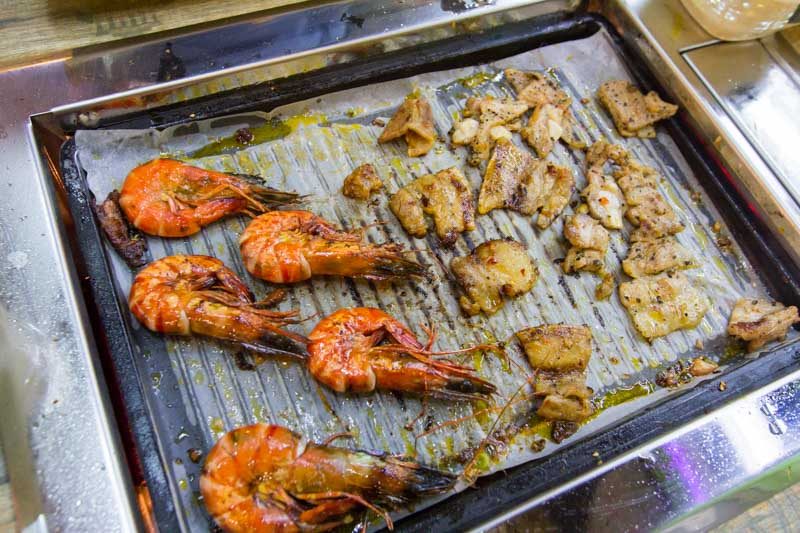 I’ll have you know that Hao Lai Wu uses smokeless grills. Now, you girls don’t have to worry smelling like charred meat when you leave the place.

The true star of the night was the omelette – a special dish that isn’t listed on the menu, you’ll have to request it from the helpful servers.

The grill will be lined with a rectangular piece of parchment paper and then beaten eggs will be poured over, once it is cooked, it will be rolled up. This is available with or without prawns, but we opted to have the prawns in. Despite initial protests of being too full, we finished all four rolls in record time. The omelette was fluffy and fragrant with chopped scallions, and the crunchy prawns provided a nice textural contrast.

It was the first time we had ever seen an omelette cooked on a grill in this way, and it was certainly an eye opener.

If you tend to have early or late dinner, you’re in luck. Hao Lai Wu Steamboat & BBQ starts dinner service at 3pm and stays open all the way till 3am!