“Delicate sweet treats for both the eyes and taste buds” 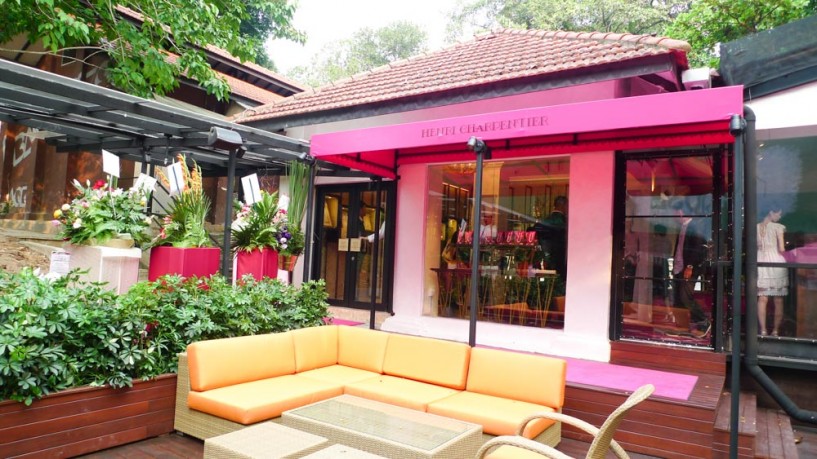 Finally, the day has come where Henri Charpentier set shop in Singapore. How lucky for us. Henri Charpentier needs little introduction but for those of us who are unfamiliar, Henri Charpentier is a renowned French-inspired Japanese patisserie first opened in Japan 1969 and its flagship store currently resides in Tokyo’s Ginza. 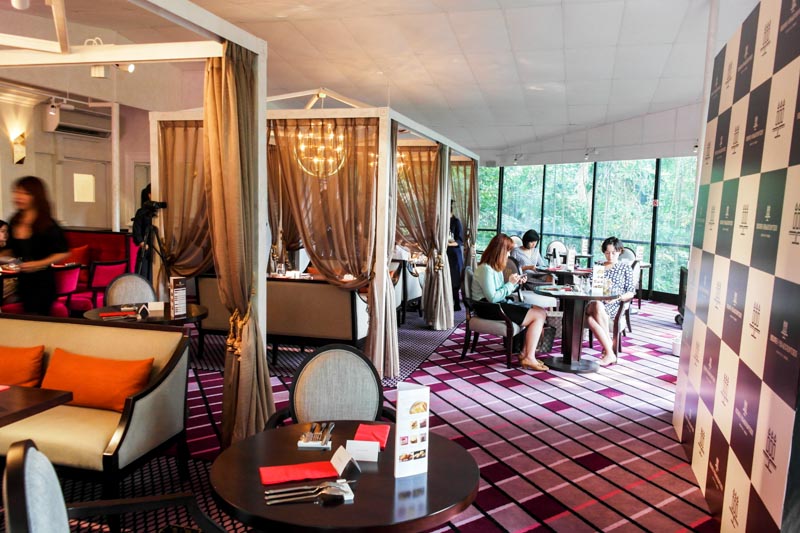 Their first store in Singapore is nestled among lush greenery on top of Dempsey Hill. Beautifully and elegantly decorated with touches of deep pink, the interior is modern while retaining the brand’s heritage. 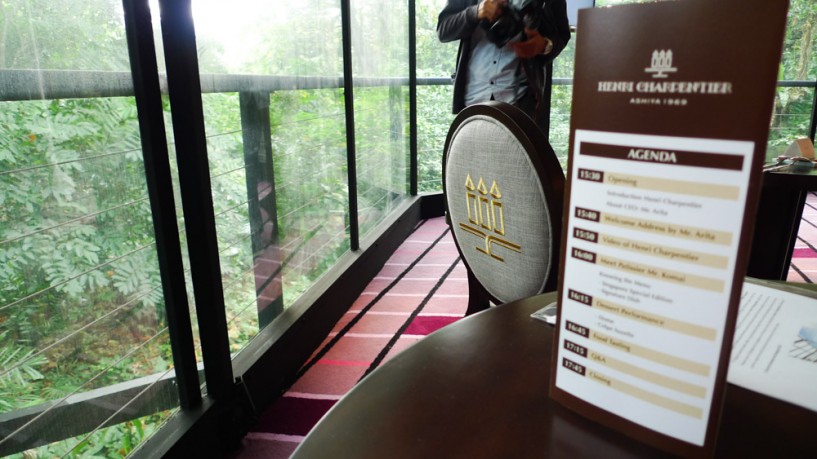 Even the arm chairs are adorned with its logo. The team also ensured that every seat had a line of sight to the nature outdoors. We believed it will be incredibly pretty and romantic to dine in at about 6 – 7pm as thats when you’ll see the sun start to set. 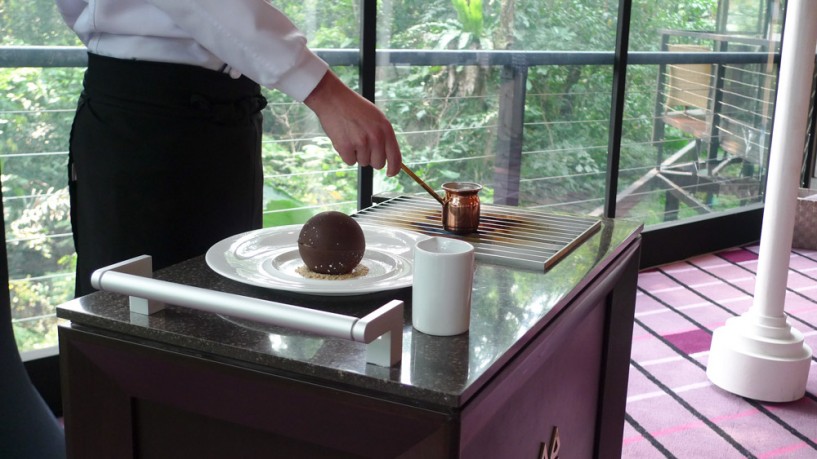 We started off the tasting with 2 live demonstrations. Yup, you’ll get to eat,taste and watch at Henri Charpentier. First on the stage was flaming Dome. 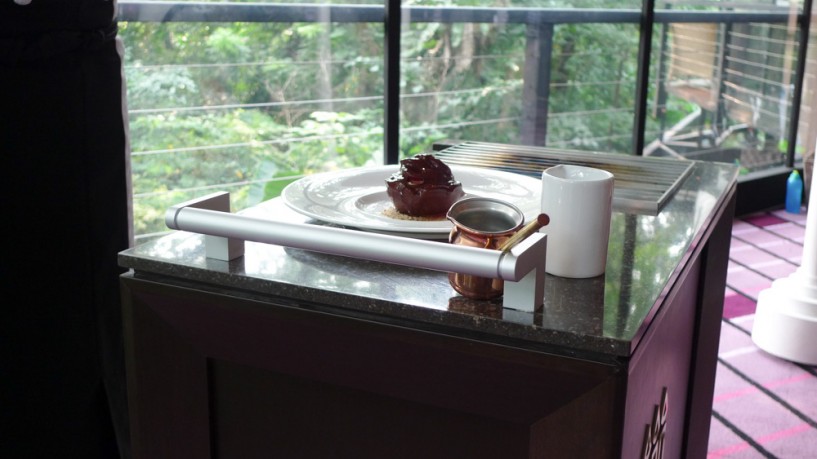 Dome ($29). Dome is part of an exclusive selection that is available only in Singapore. The dish is first presented as a chocolate sphere and upon contact with the heated up alcohol, the chocolate will melt to reveal a chocolate parfait biscuit of fraise d’amande (almond & strawberry). If this dish tastes like everything else that we’ve tried, we’ll imagined it to hit every spot of a choco-holic.

The flaming effect would probably be a lot more amazing at night, as the bright daylight doesn’t emphasize the fiery effect. 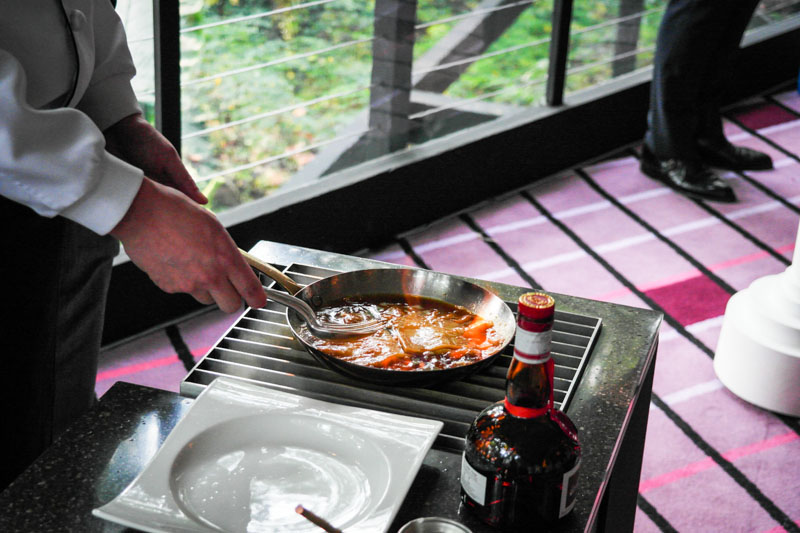 Second on stage was Henri Charpentier’s signature dish – Crepe Suzette. For dine-in guests, all flambé performances will be done tableside upon serving. 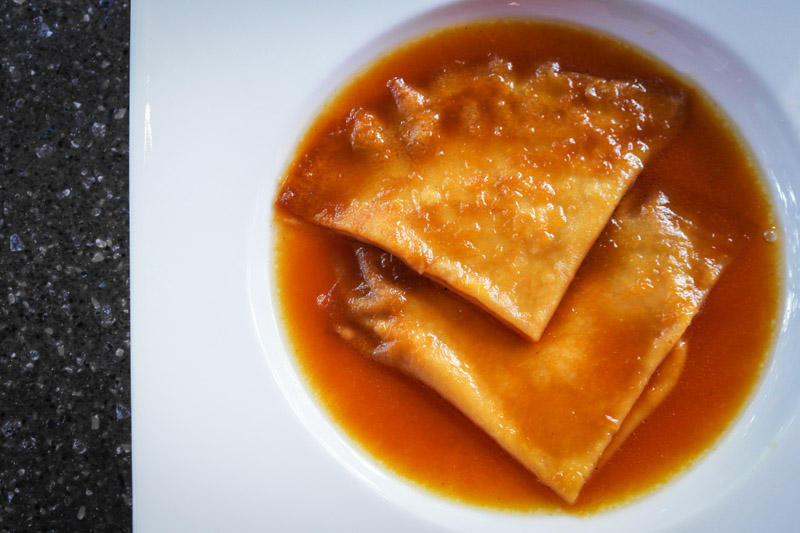 Crepe Suzette ($22). Being the star dish, we had high expectations for the crepe suzette and had imagined it to be warm, silky, boozy and accompanied by layers of different flavours brought about by the combination of butter, orange juice and liqueur. While our imagination wasn’t entirely wrong, unfortunately due to the nature of this media event the portions had to be prepared beforehand and thus arrived lukewarm instead.

We were informed that on a normal serving, the crepe suzette will still be hot (as the flaming will be done live) and would then have more citrus flavours rather than just tasting like liqueur. Definitely a dish for the alcohol lovers. Barring the sauce and temperature aside, the crepe was as thin as paper and as smooth as silk. The blend of sauce wonderfully soaked up the silky crepes. Maybe a little too well, in our circumstances edging on being soggy. 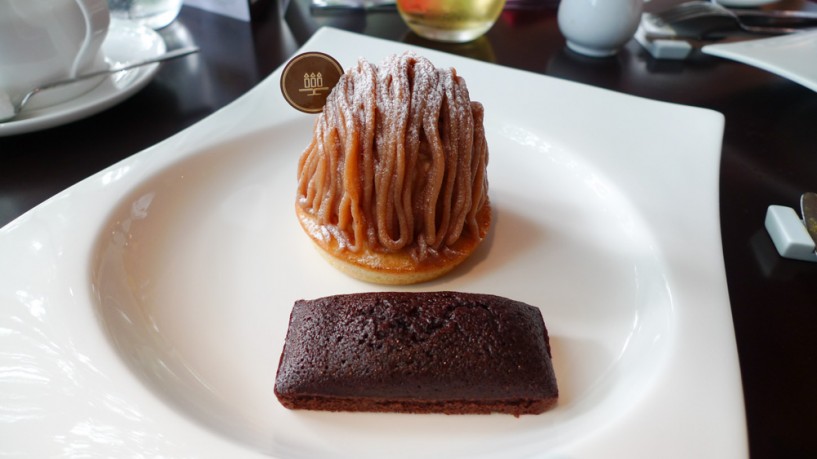 Mont Blanc ($9). Love, love, love this classic Mont Blanc. With feathery light whipped cream and rum infused chestnut cream, there isn’t really much to hate about this unless you don’t appreciate chestnut or rum or both. Despite being so light, the chestnut flavour is strong and the hint of unmistakable rum lingers in surprising combination that works.

The sponge-like base is actually made of their financiers -fragrant and buttery which completes the dish. The accompanying chocolate Madeleine deserved a review on its own.   Its fluffy, buttery and has a tender interior that is both moist and has distinct bitter cocoa notes. The sweetness is akin to those of dark chocolate and you can definitely tell that the chocolate used was of a good grade. Strawberry Shortcake ($9.50). A pairing of light almond sponge cake and melt-in-your-mouth whipped cream, the cake is definitely made from quality ingredients. A pity our slice had strawberries were on the sour end. A very simple, light cake. Les Financiers. The financiers itself is not stated on the menu but it is available in their merchandising section for takeaway. Made with Hokkaido cultured butter and 2 types of top grade almond flour, we can only expect the finest quality. Every piece of the financiers is baked to golden brown perfection and is both buttery and fluffy. We’re intrigued at how they’ve managed to make something so light and yet so full of taste and texture. It’s a bit heavy on the eggy taste though just to warn you. 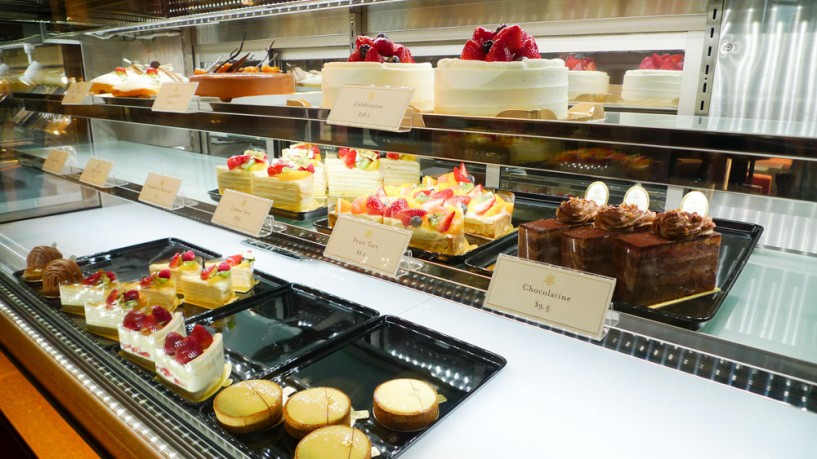 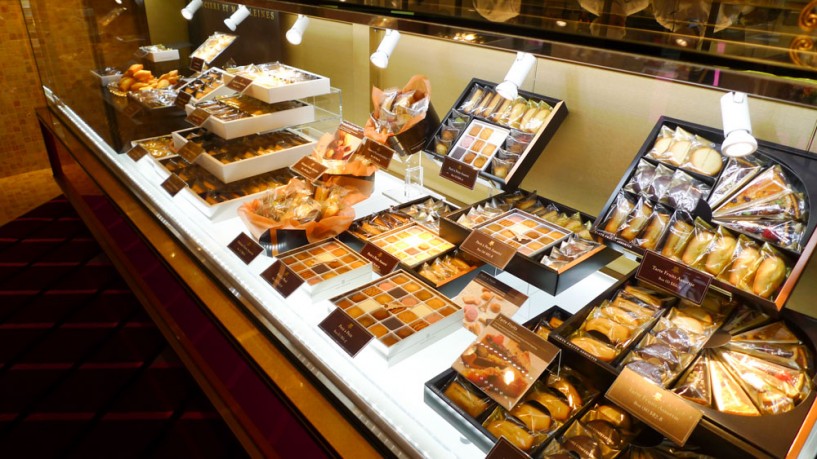 Henri Charpentier is segregated into different zones and as mentioned, features a merchandising section. These beautiful bakes and pastries also comes with intricate boxed gifting options. 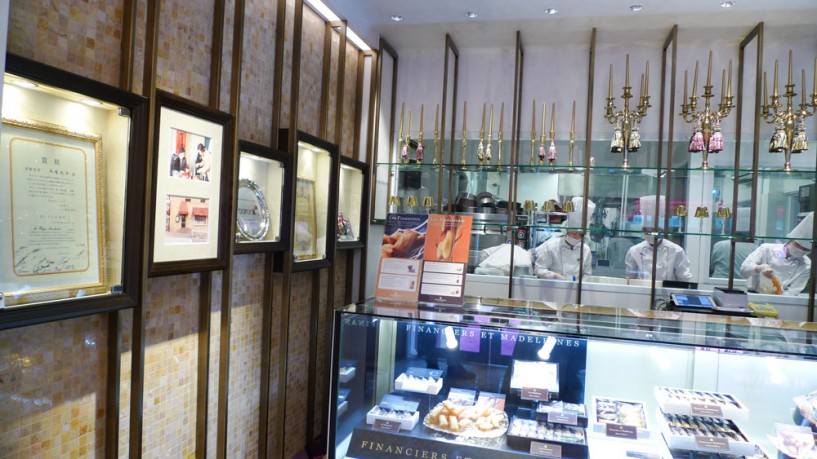 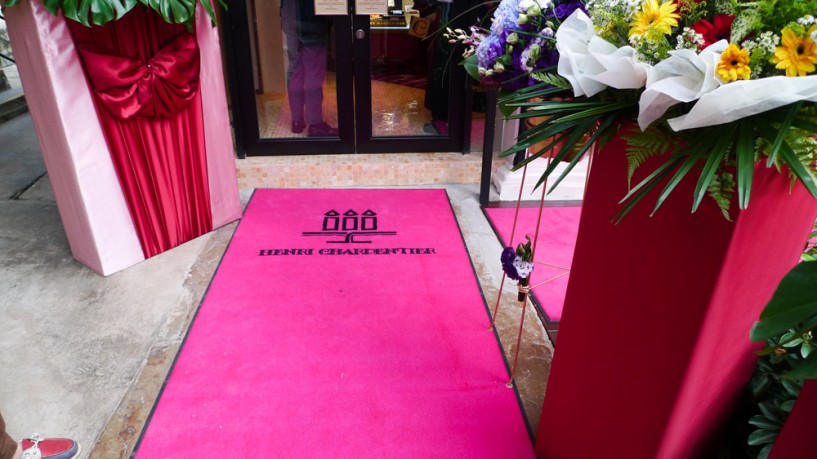 With a few impressive creations on the menu, I’ll be back to try the other items for sure. Particularly, I’m quite curious about the local exclusive Singapore creations being offered as well as the main courses they will be serving.