Kakak Kentang: Get Your Fill Of Giant Potato Balls At The New FOMO Food Court At Sultan Gate 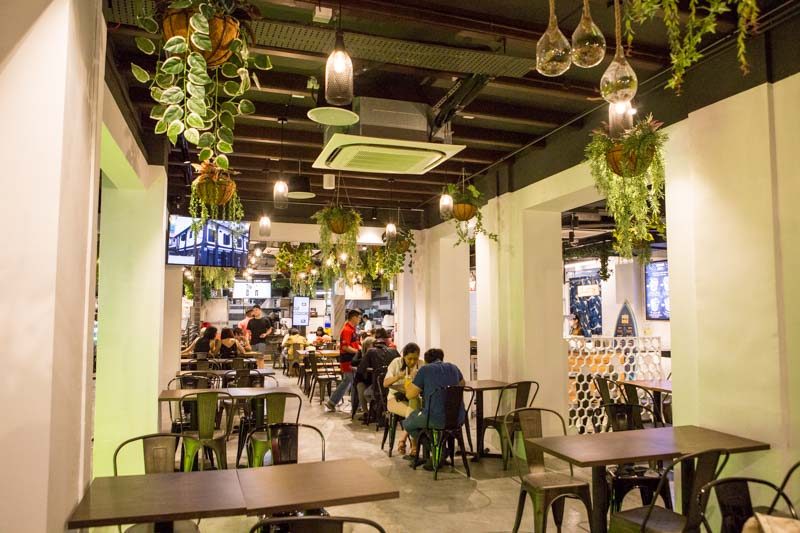 Hipster establishments are everywhere on our sunny island, and with the opening of FOMO at Sultan Gate, it was really no surprise that we’d get introduced to an upgraded version of a local favourite, the bergedil.

These hefty potato cakes are usually filled with beef, and served in dishes like mee soto, soto ayam and nasi padang.

Here at FOMO, Kakak Kentang that has up-sized your traditional bergedil to a giant ball of goodness, drowned in two different soup bases: soto ayam broth, and the other a tomato-based broth. 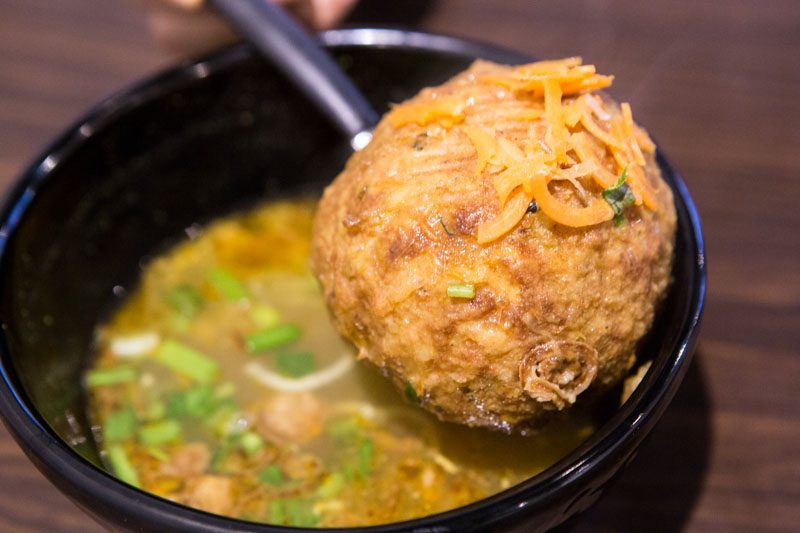 The Chikabom ($6.90/$9.90) is the chicken variety, and sits in a warm bowl of soto ayam broth. Right off the bat, we were very pleased to see that the bergedil was truly as large as many have claimed it to be. It takes up almost the entire bowl and soaks up the aromatic broth. A handy tip would be to consume this quickly, as the potato ball quickly gets soft and mushy after being left in the broth for too long. Taste-wise, there isn’t much to shout about, given one can easily get a much more flavourful bowl of soto elsewhere for a fraction of the price. The novelty truly lies in just the giant bergedil.

As for the Bombistik ($6.90/$9.90), it uses minced beef for its filling, and is accompanied by a tomato-based broth. When we heard tomato-based, we were very curious as to how it’s supposed to taste. Would it be tangy? Would it be robust? Were some of the questions we had.

Surprisingly, most of the flavour came from the XL beef and potato ball, while the tomato-based broth only lent it’s slightly acidic profile to create a balance between the rich beefy flavour and the broth itself.

With only these two bowls on offer from Kakak Kentang, most would expect the quality of these dishes to be exceptional, but sadly it didn’t deliver except in size.

They have recently added two new items to their menu, but granted that their star dishes didn’t knock our socks off, we probably won’t be returning anytime soon.

Previous articleDining On Cloud 9: Impress Your Date With A Dinner In The Sky At Mount Faber This Dec
Next articleThe Chinese Kitchen: Good Ol’ Chinese Classics Inspired By Recipes From The 1950s At Cavan Road