I came across this Thai eatery online and was intrigued. I asked myself, ‘There’s such a thing as Thai wanton noodles?’. Needless to say, I had to check it out.

KinMoo was opened back in 2017 by Mr Jamie Lim, who is currently 42 years old and a successful entrepreneur, running various F&B businesses like Holy Crab, Joo Bar, and the very iconic rock candy brand, Sticky. 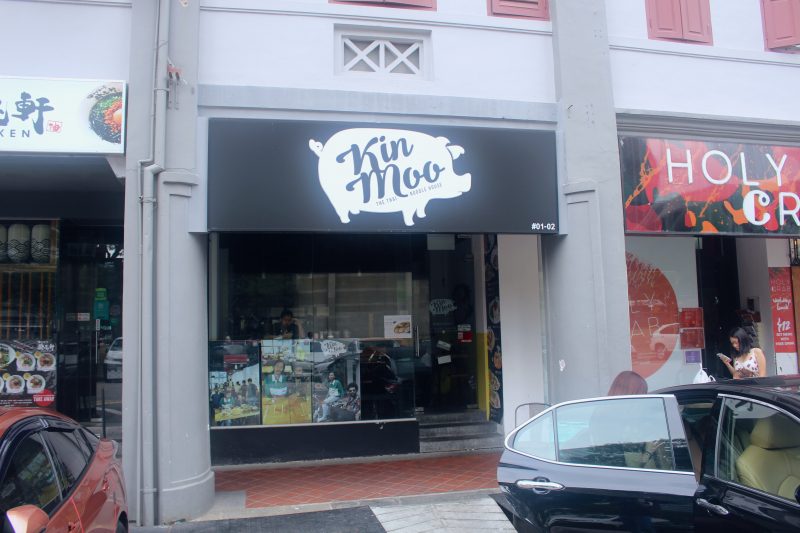 You can find the restaurant conveniently located a stone’s throw away from exit D of Bugis MRT. 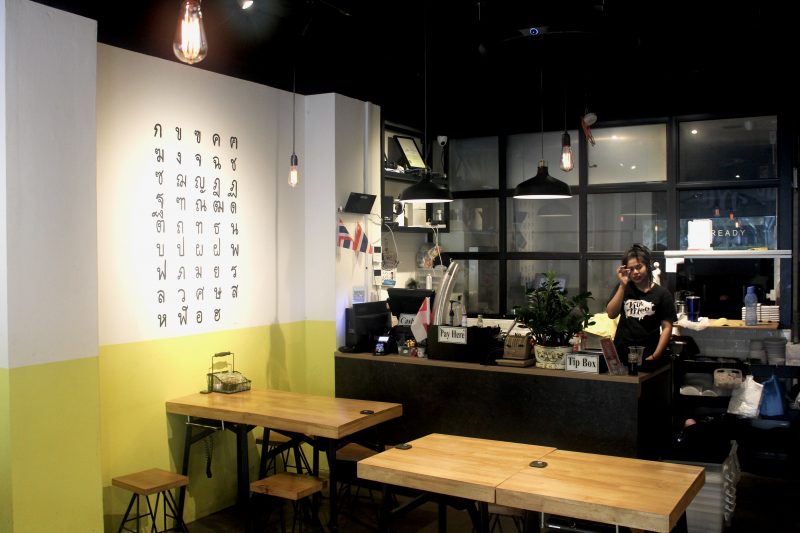 Stepping into the yellow-lit restaurant, I caught a whiff of the tantalising aroma of the food cooking.

Their menu ordering is done via a tablet; props to them for that as it is far more efficient and perfect for introverts who shy away from face-to-face interaction. 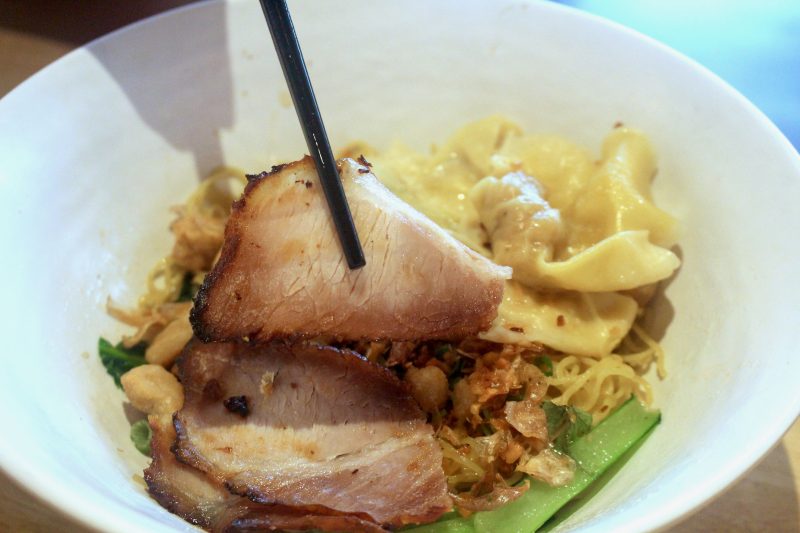 Sinking my mouth into the pork collar char siew, it felt tender and softer than the char siew you would find in your typical wanton noodle dish. It tasted slightly charred with a nice savoury and meaty taste, and had a caramelised finish, although not as sweet as what you’d get from the char siew found in wanton noodles here.

It was reminiscent of the char siew I usually have in Japanese ramen—huge and thinly sliced with a hint of dark, seared edges. The dumplings had a good ratio of dumpling wrapping to well-seasoned minced meat, though I wished it had more minced meat filling. I found that the pork lard was of a sizeable portion in terms of individual pieces, but they were just as satisfyingly artery-clogging. The Thai wanton noodles had a lighter flavour as it does not have the standard soy sauce and chilli/ketchup seasoning found in our local bowls of wanton noodles.

The wanton noodles were definitely similar, springy and delightfully eggy. 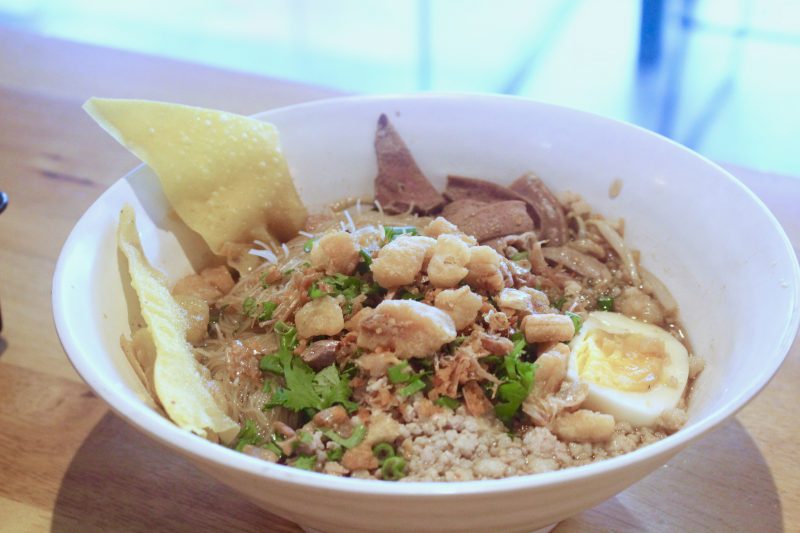 Next up, I tried the Bee Hoon Thickened Soup (S$8.90). It has ingredients like beansprouts, shredded long beans, minced meat, liver, intestines, boiled egg, and crushed peanuts with deep-fried wanton skin on top of it. 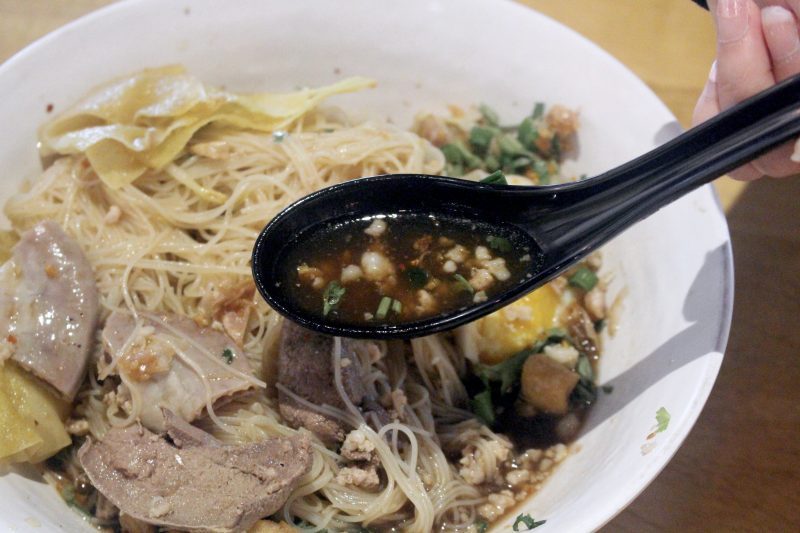 The minced meat gave the dish a gritty texture, while the broth was hearty and addictive. Usually, things like liver and intestines are not my list when it comes to savouring meat, but I decided to make an exception and didn’t regret it. It was rather enjoyable as there was a good variety of ingredients that balanced out the gamey taste of the liver and intestines. 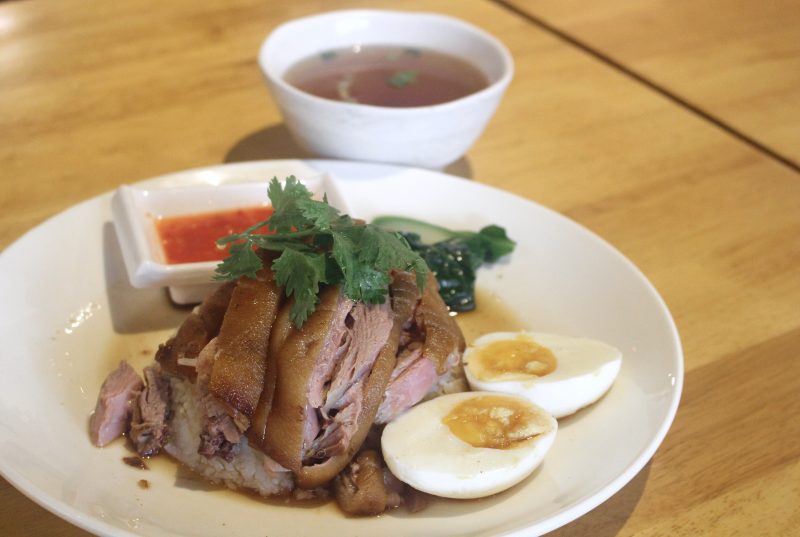 I also had the Thai Braised Pork Knuckle With Rice And Egg(S$8.80). This dish can be considered quintessential Thai street food. I’m not usually a big fan of fatty foods, but this changed my mind about my preferences. 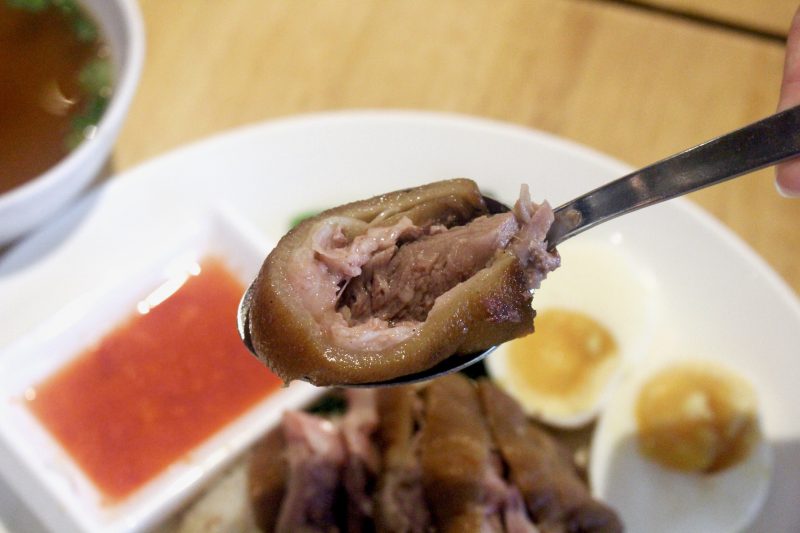 The six-hour braised pork knuckles had both a gelatinous layer of fat and tender meat that when eaten together, it melted in my mouth. The fat added so much flavour and texture to the meat. 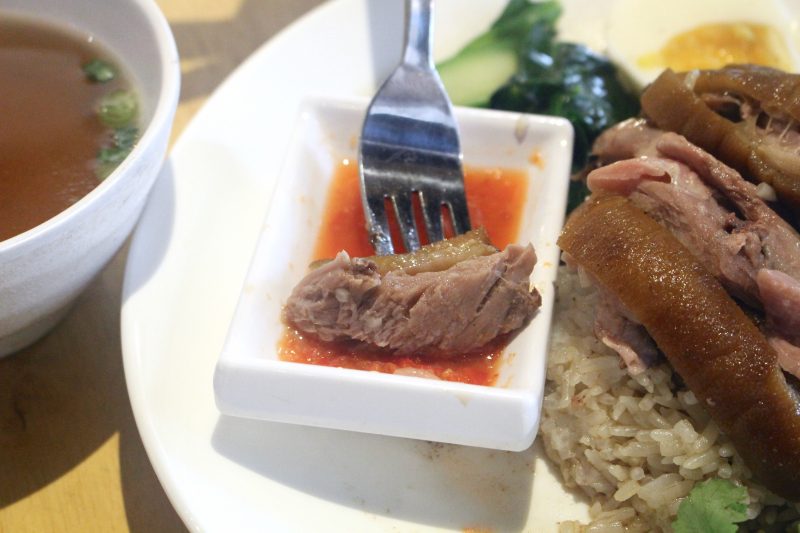 Dipping the pork into the chilli gave it a nice acidic touch to the dish. I love how the egg complemented the plate of ingredients and completed the meal. 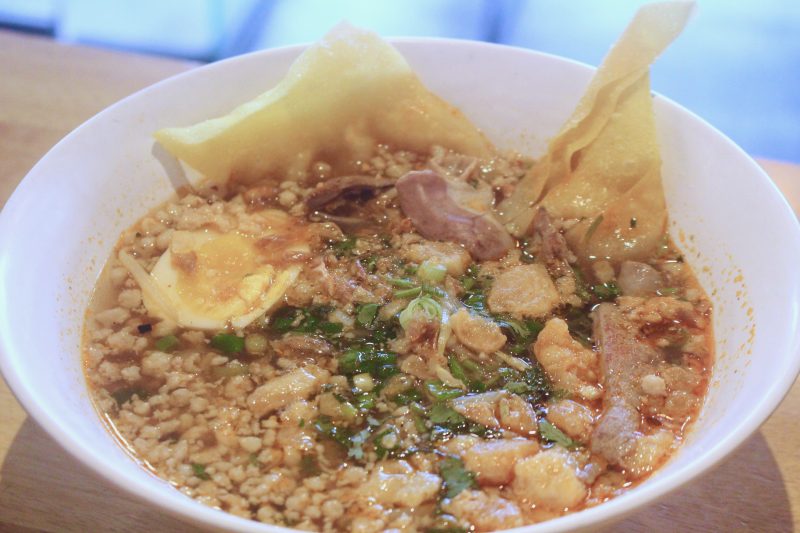 The minced meat was a great ingredient to have in this dish; just like the Bee Hoon Thickened Soup, it lent sufficient umami taste. 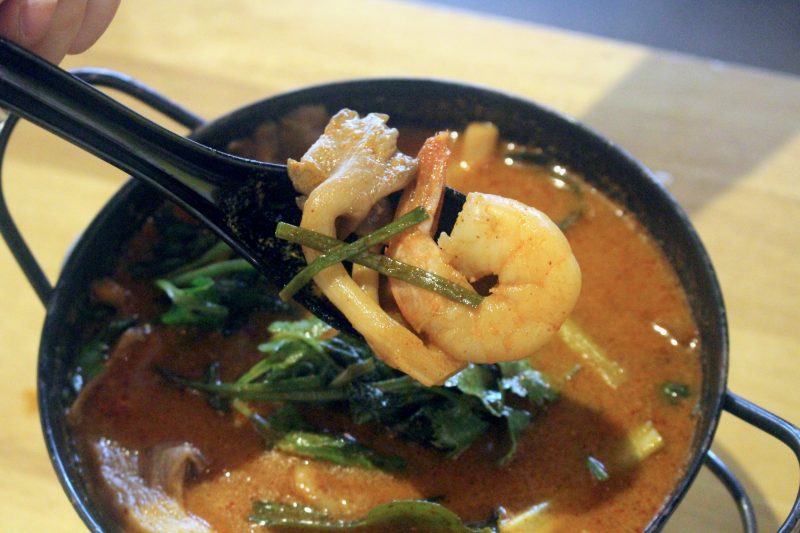 The Tom Yum Goong (S$12.90) is a typical Thai dish, and at KinMoo it’s served in a hotpot style. It was boiled with a generous portion of vegetables and prawns to make your entire meal nutritious. 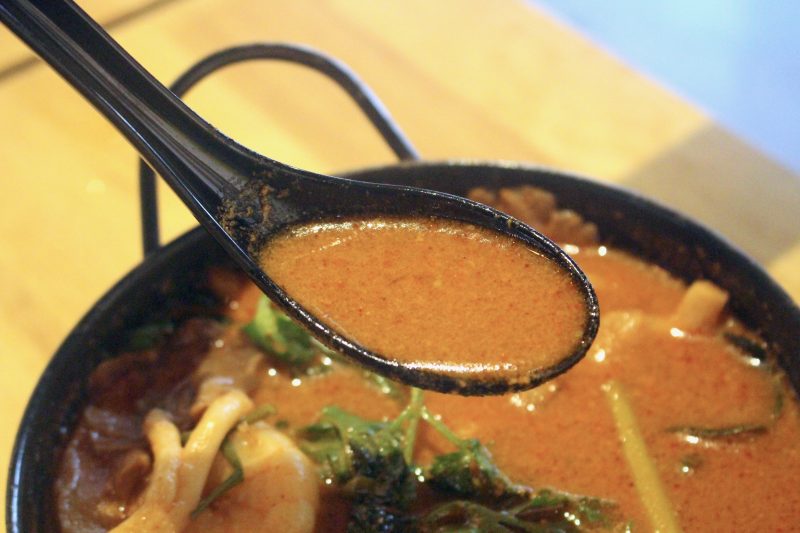 The soup was pleasantly light and not thick like other Thai tom yum soups out there, making it a perfect dish to complement your meal on rainy days. I really appreciated the fresh prawns; bouncy and firm with a hint of crunchiness.

Being a Thai food lover, I am embarrassed to not know of more authentic Thai dishes that are just not commonly found in Singapore’s Thai eateries. You should definitely check KinMoo out when you are at Bugis!

Previous articleEat To Win With The 10,000 Calories Burger Challenge At Chris Steaks And Burgers In Thailand
Next articleMcDonald’s SG Sneakily Brings Back Exclusive Chocolate Melts + Double Chocolate Frappé To McCafé Outlets For A Limited Time Only