What do you get when you blend a familiar comforting dish like bak kut teh and one of the nommiest Southeast Asian street food cuisines? I’m sure there’d be numerous interpretations to anticipate, but we now have one that’s mega-sized and mega-mouth-watering!

For those who travel frequently on weekends to visit Bangkok, you’ll most likely frequent Rot Fai Market. There you’ll find a dish that you can order in giant portions — Leng Saap. Seems that this hefty dish’s popularity has split beyond its Thai shores and has made its presence known in the basement of the famed mookata haunt, Golden Mile Tower. 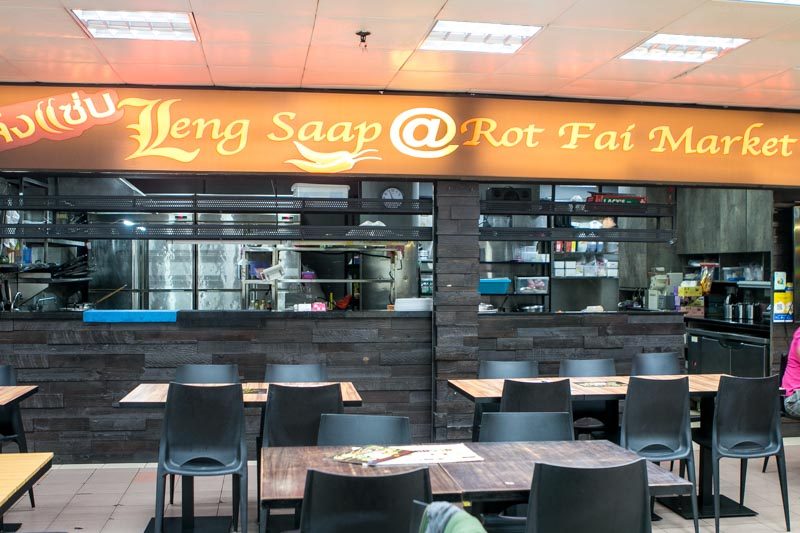 Leng Saap-เล้งแซ่บ Rot Fai Market is slowly catching on as the new Thai spot to visit, especially given that their highly likely the only one in Singapore to serve this burly dish.

Being the star of their very lean menu, they only serve simple sides to accompany the dish, but with various sizes of Leng Saap to choose from. Hungry is the absolute last thing you’ll have to worry about when leaving here. 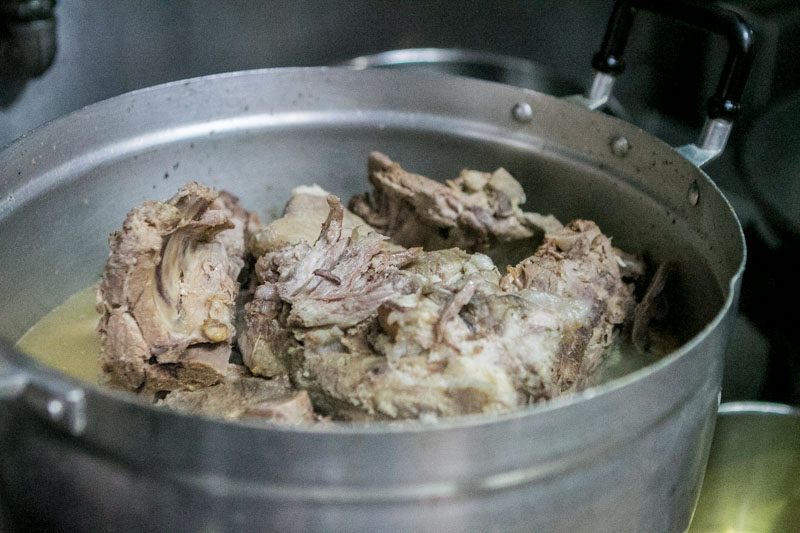 What makes this dish utterly irresistible the numerous hours it takes to prepare the meat. Firstly, procuring the pig’s spine is a hassle, given not many suppliers provide that particular cut of meat.

Secondly, the meat has to be braised in pork broth (made with both meat and its bones) for three to four hours before being set aside.

Individual orders are prepared by having the meat boiled for another 15 minutes or so to not only warm it up, but to break down the meat and fat further one last time. We had the Leng Saap (XXL) and we’re not kidding when we said the sight of a mountain of pork meat and bones was intimidating! Witnessing the staff plate the dish was akin to witnessing an art piece being erected. Before getting a chance to get our hands on it, they put the final touches on the dish by pouring out a cascade of pork broth all over the plate that has been littered with chopped coriander and spring onions. 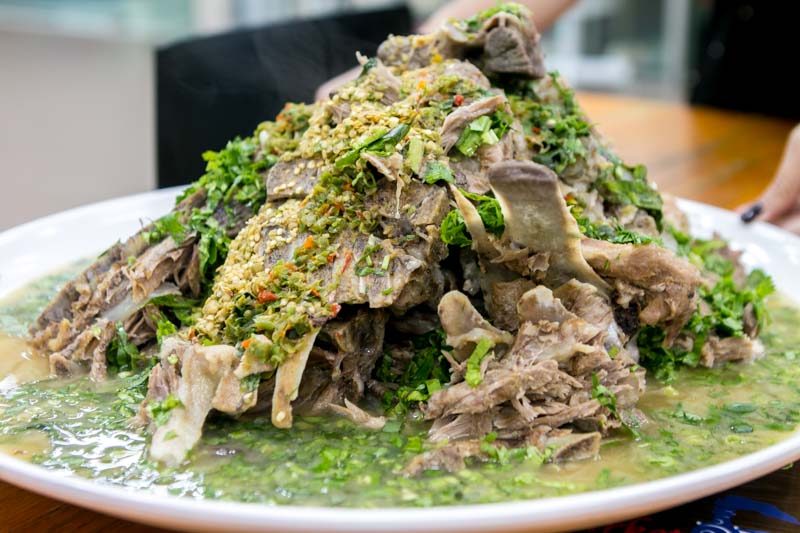 The end result was a mountainous heap of pork meat and bones drenched in spicy pork broth. Very quickly, we became enslaved to the tangy and spicy broth, wanting to drizzle over everything else we were eating.

The spiciness (all thanks to the use of green chillies) that permeated throughout my mouth wasn’t painful; it was in fact, delightfully savoury, pleasurable and incredibly fragrant. As for the meat itself, not a single morsel went to waste as the flesh, cartilage and fat had been rendered down to tender, toothsome and succulent bites. We didn’t need or use a knife at all. To go along with this mammoth-sized main, one of the better side dishes to order is Creamy Omelette With Prawn (S$10).

Note that this omelette is intentionally cooked to runny, so we were slightly taken by surprise when the familiar omelette with crispy edges didn’t show up at our table. 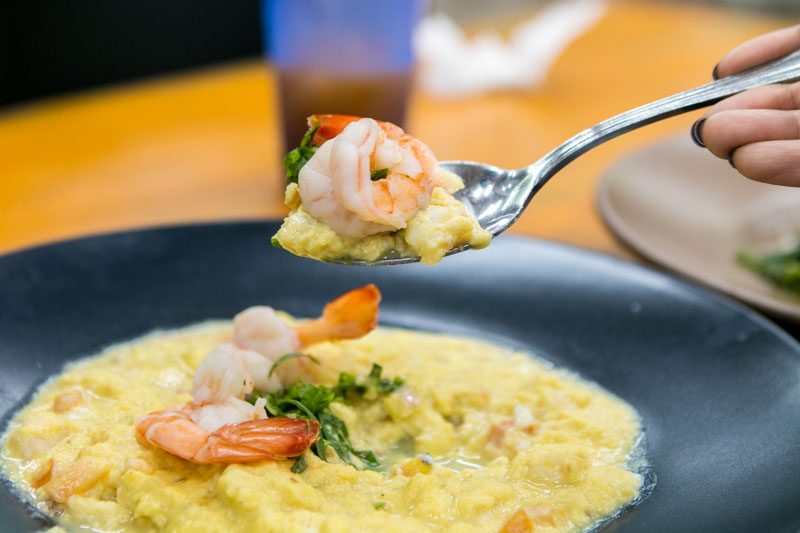 It was rather plain, and wasn’t heavily seasoned, making it ideal for enjoying with the scrumptious pork meat. However, on its own, you’d be rather let down, especially given we were only served three measly pieces of prawn for a plate that costs S$10. 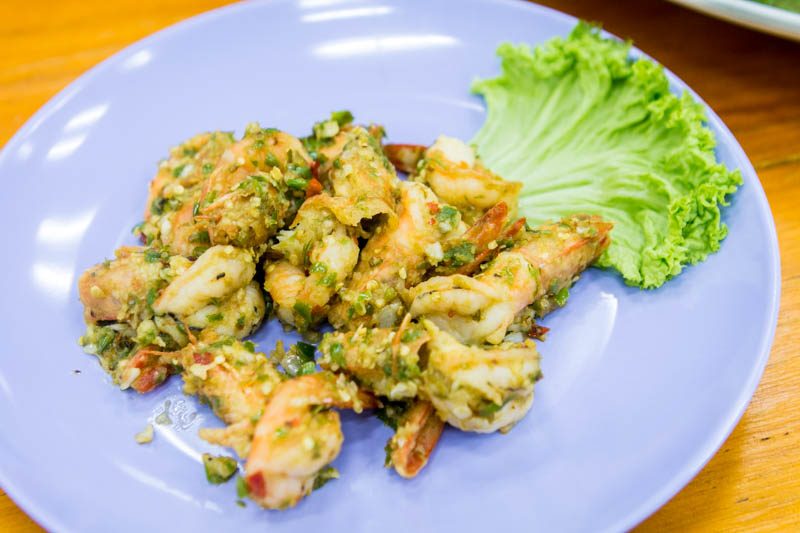 Speaking of prawns, should you wish to amp up the spiciness of your dining experience, the Fried Prawn With Garlic (S$10) will set your taste buds on fire. If looks could deceive, this dish would be a great example.

The first bite was an explosion of garlicky aroma, which gradually morphed into racy spiciness that hit my tongue with a punch. Just a single prawn was potent enough to get me reaching for a few gulps of water, but I still wanted to pop a few more in my mouth because to be fair, it tasted really gratifying. 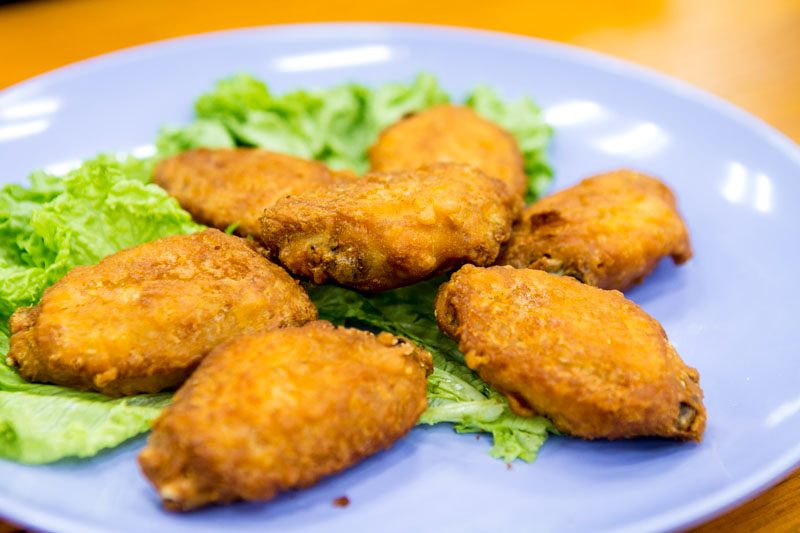 I’m actually quite confused as to why most of the sides at Leng Saap are priced at S$10, when clearly not all of them can justify being pegged with that price tag. One of them is the Chicken Wing (S$10), which came with seven fried wings.

Barely marinated, these tiny wings were at best the sort of snack you’d enjoy once you’ve had a few rounds of pints and couldn’t care less about flavour. 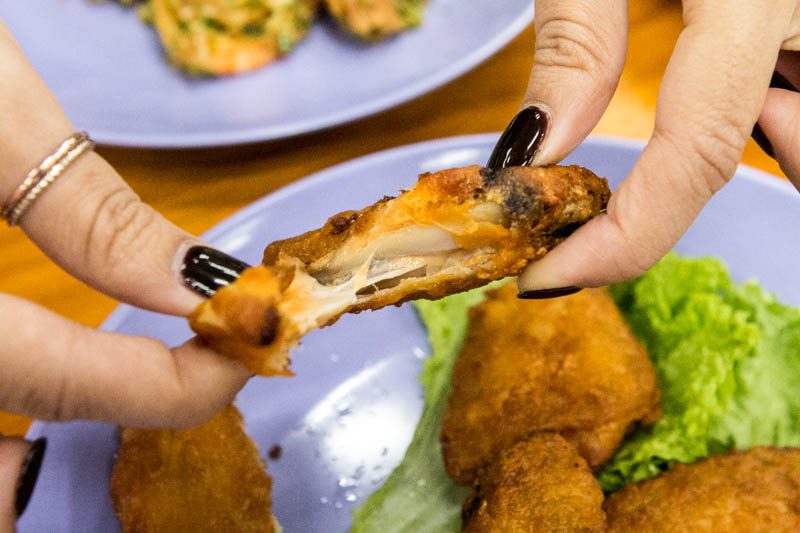 The insides were a tad dry, and there was barely any flesh to peel off the bones. Safe to say, we managed to only get through about three wings before we decided it wasn’t worth the effort.

The only reason you’d want to come down here is clearly for the Leng Saap. Just that dish alone is worth excusing all the other mediocre sides.

Since Golden Mile Tower is well-known for its plethora of mookata options, it’s nice to know we can also enjoy another novel Thai street dish without having to get on a plane to Bangkok.