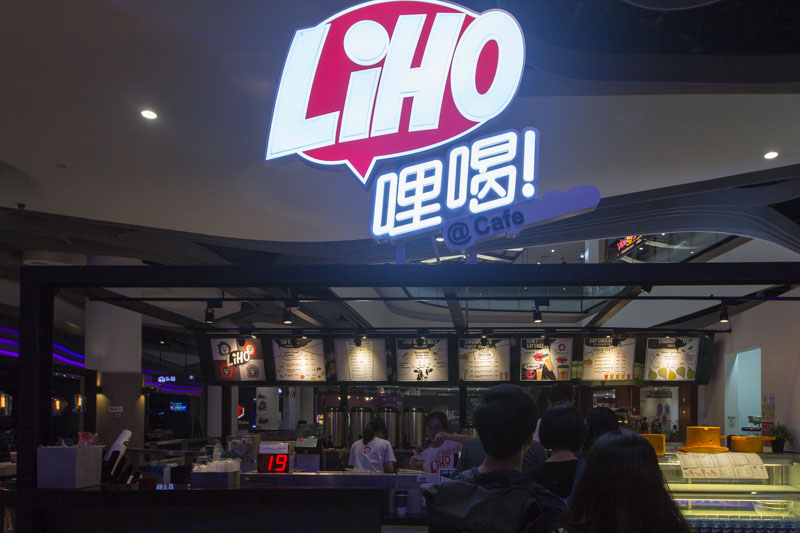 If you’re a bubble tea fan, you would have already heard the news that Gong Cha is closing down in Singapore and will be replaced by a home-grown brand, LiHO, which means “how are you” in the Hokkien dialect. The news was made even bigger by the announcement of LiHO’s unique drink: cheese tea.

It’s new to Singapore, but the peculiar tea flavour has been booming in China for close to two years now; think of it as a drink similar to Gong Cha’s Milk Foam Tea, which is topped off with a layer of cream that’s usually blended with other ingredients.

This trend has been so popular in China, to the extent that the shop claiming to be the original has queues up to five hours long — now that’s a long time to queue for a drink! Luckily, queues here in Singapore are much shorter, so there’s no excuse not to try these teas. 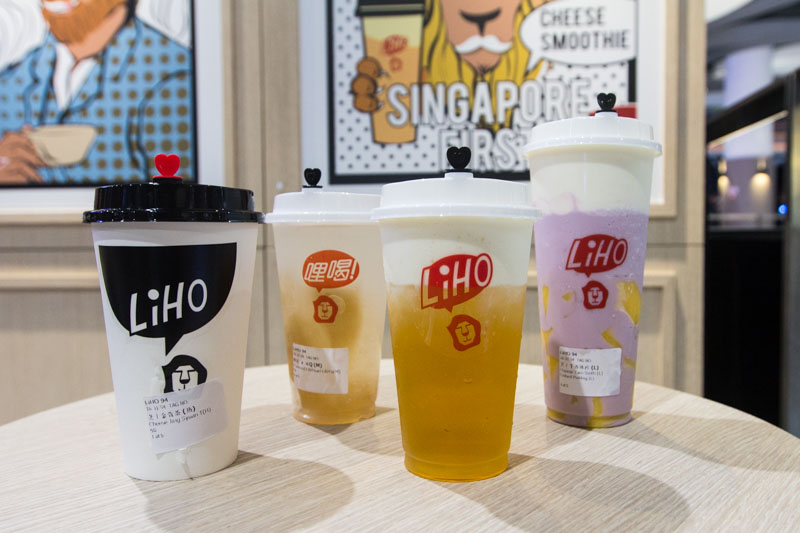 The current Gong Cha outlets in Singapore will be undergoing changes to be converted to LiHO stores, and it is slated to complete on 5 June 2017. There are 22 stores that have already gone through the change and are up and running, and one of them is the Bugis+ outlet.

The menu for LiHO is a little sparse now, with milk teas, fresh lemon drinks and cheese teas, but the range of drinks is expected to increase over time. Starting off with the cold Cheese Jing Syuan Tea ($4.10), I found it similar to Gong Cha’s milk foam topping, but fluffier and slightly more savoury with the taste of cheese resembling that of a cheesecake.

The coldness of the drink made the cheese topping more viscous, and mixing the cheese and tea resulted in a drink with a milkshake consistency. It might be appealing to some, but I quickly decided that it would get a little too jelak if I had gotten the large cup. 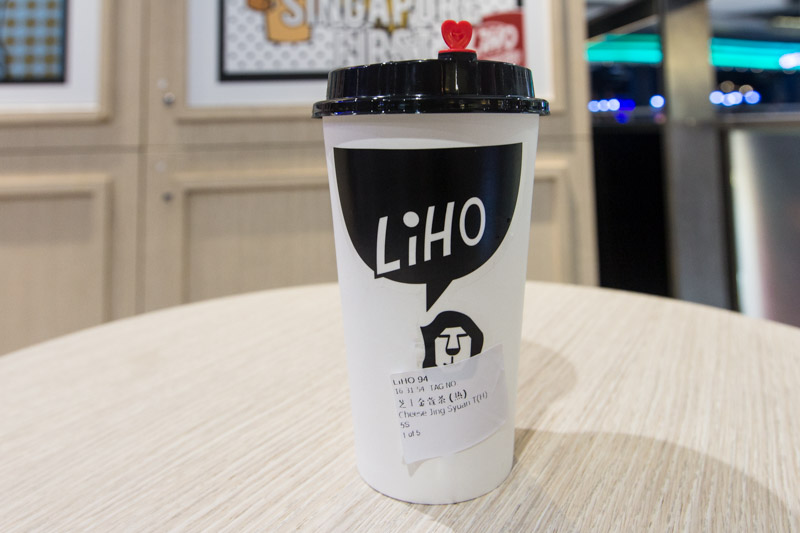 The hot Cheese Jing Syuan Tea ($4.10) was unanimously our favourite, with the hot tea helping to melt the cheese topping a little, thus giving us a cup of tea that had a much silkier mouthfeel with a thinner texture that didn’t make me feel as jelak as the cold version.

However, I felt that it was too sweet at 50% sugar level (even though it was my usual option), so 30% might be a better for those who really want to get a fuller taste of the distinctive flavours of the tea and cheese. 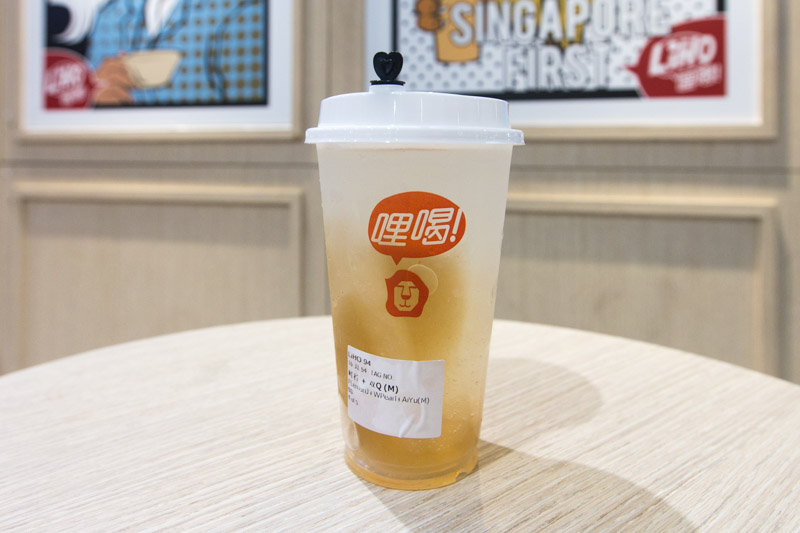 The LiHO outlets will have a lemon squeezing machine, which means that instead of the usual lemon syrup, we’ll now get fresh lemon juice in our drinks! I can’t stress enough how much I enjoyed this, especially since I love all things sour.

The Fresh Lemon Juice + Kanten + Golden Ai Yu ($4) was a refreshing change, with the acidity and freshness from the lemon juice, making it taste like lemonade. The kanten, or white pearls were chewier than Gong Cha’s. 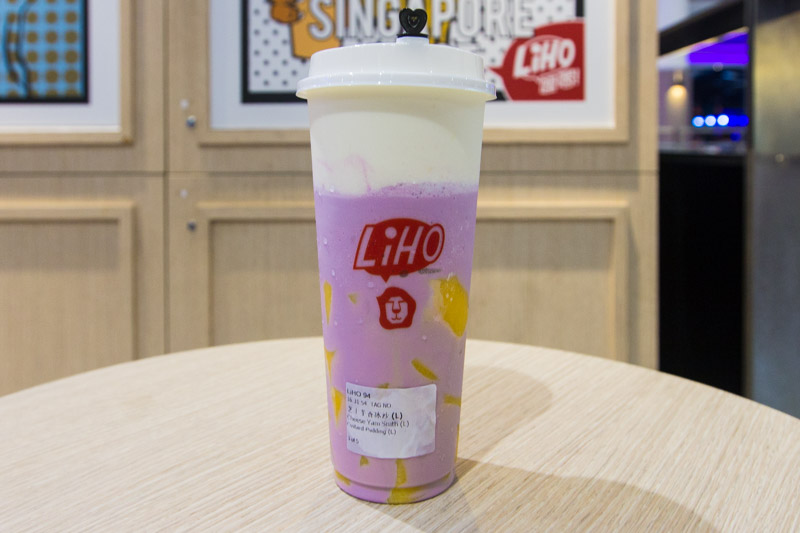 The Cheese Yam Smoothie ($6.90) came in a large cup and is one of LiHO’s best selling drinks so far, thanks to the vibrant colour of the yam. I opted for the custard pudding add-on ($0.70), and I thought it went together nicely with the contrast in textures between the pudding, smoothie and cheese. 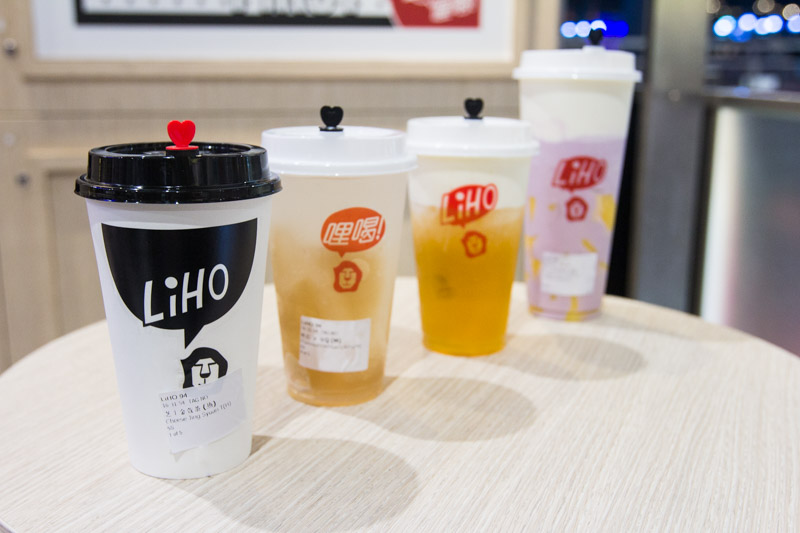 I’ll be sad to see Gong Cha leave, along with my favourite drinks and plenty of memories of it. But from what I’ve tried at LiHO, I think this new brand’s offerings are definitely up to par, and I much prefer the cheese topping to Gong Cha’s milk foam! Uma Uma Ramen: Get Ramen Delivered To Your Doorstep & Celebrate...