At this point, many of us are no stranger to Magnolia‘s innovative milk flavours. In the past, they’ve launched flavours like brown sugar sea salt and taro. This time, they’ve released their limited edition Royal Hazelnut Chocolate Milk, available in Singapore’s supermarkets. Magnolia’s Royal Hazelnut Chocolate Milk was slated to be released on 11 May 2022, according to a teaser posted on their Instagram account. However, the new flavour has already been spotted in supermarkets like Sheng Shiong and FairPrice ahead of its official launch.

I purchased a carton of the new Royal Hazelnut Chocolate Milk to try it out for myself. The milk was on the watery side with a pale brown colour similar to that of regular chocolate milk. 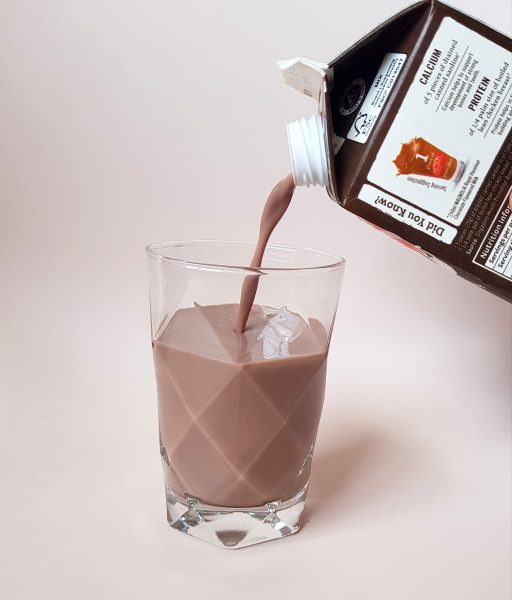 The milk had a strong smell of hazelnut. I was surprised by how evident the hazelnut profile was, giving the milk a strong, nutty aroma. The actual chocolate aspect of the drink tasted slightly diluted and was drowned out by the overwhelming hazelnut taste.

I liked how the milk wasn’t too sweet and did not hold back on delivering a potent hazelnut punch. I found it to be relatively light on the palate and less rich in comparison to regular chocolate milk, which made it more refreshing but also less intense.

Some may find the strong nuttiness of the drink to taste a little odd, so this drink may not be to your liking if you’re not a fan of hazelnut. Also, don’t expect it to taste like regular chocolate milk as it has a vastly different flavour to it. Overall, I personally really liked the Royal Hazelnut Chocolate Milk, but for S$4.50, I think I’d rather get regular chocolate milk at a cheaper price.

Magnolia’s Royal Hazelnut Chocolate Milk will be available in supermarkets islandwide for a limited time only, so try it before it’s gone.

4 new restaurants have been listed in MICHELIN Guide Singapore in...