Menya Musashi: The First Chawanmushi Ramen In Singapore Should Remain As A Permanent Dish Originally from Tokyo, Menya Musashi is a Japanese restaurant that takes after the name of a famous samurai, Miyamoto Musashi and has since opened several outlets outside of Japan. You can head to any of the eight outlets in Singapore, and you probably should as Menya Musashi was voted as serving one of the best bowls of ramen in Singapore in 2015.

The menu boasts an extensive list of ramen that will certainly cater to many taste buds. The broth choices include white (pork), black (garlic) and red (spicy), with an option for thin or thick noodles. 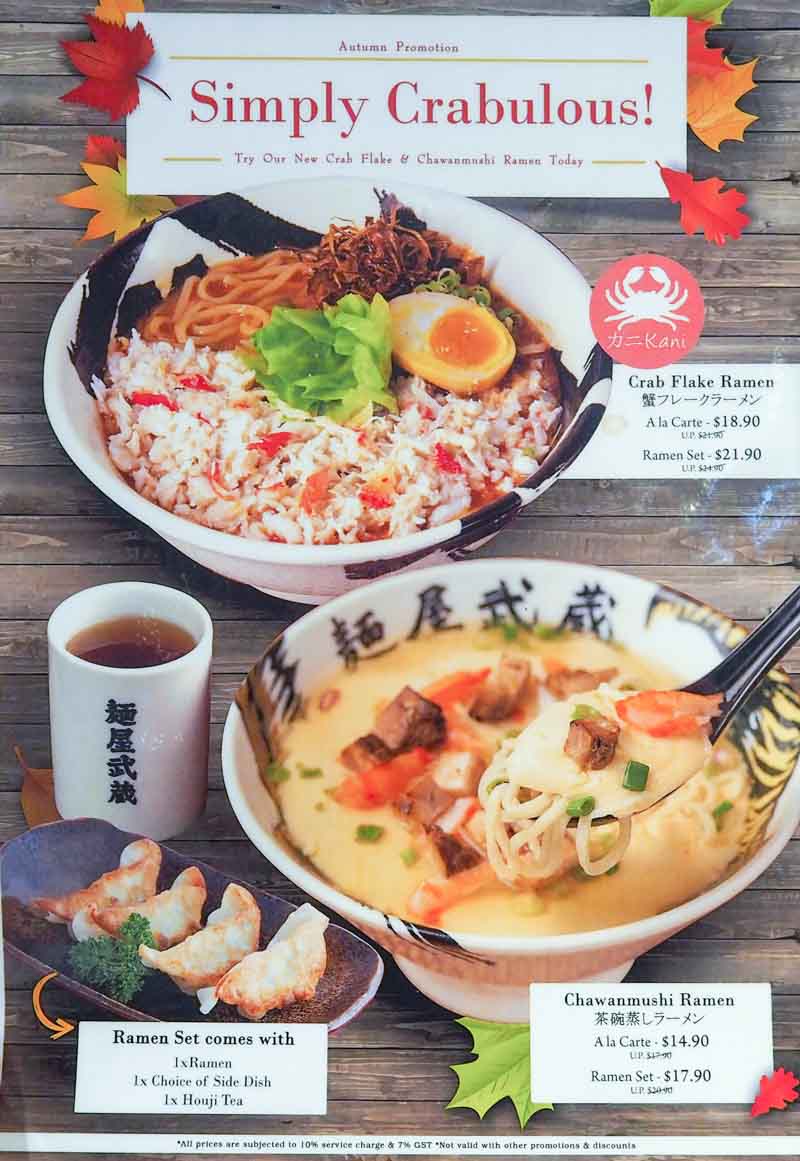 I’m sure you’ve heard of chawanmushi, the Japanese steamed egg custard. But ramen encased in chawanmushi is probably the first of its kind in Singapore. 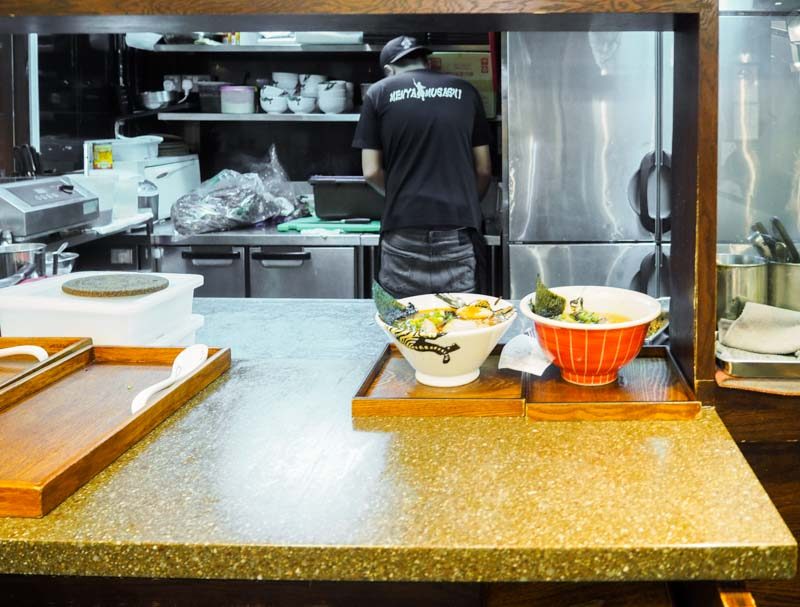 At the Bugis outlet, the interior is rather spacious but even at 2pm, the crowd was still streaming in. Stepping into the restaurant felt like I was being transported back to Japan in the olden days, with quaint wooden furniture and samurai posters everywhere. 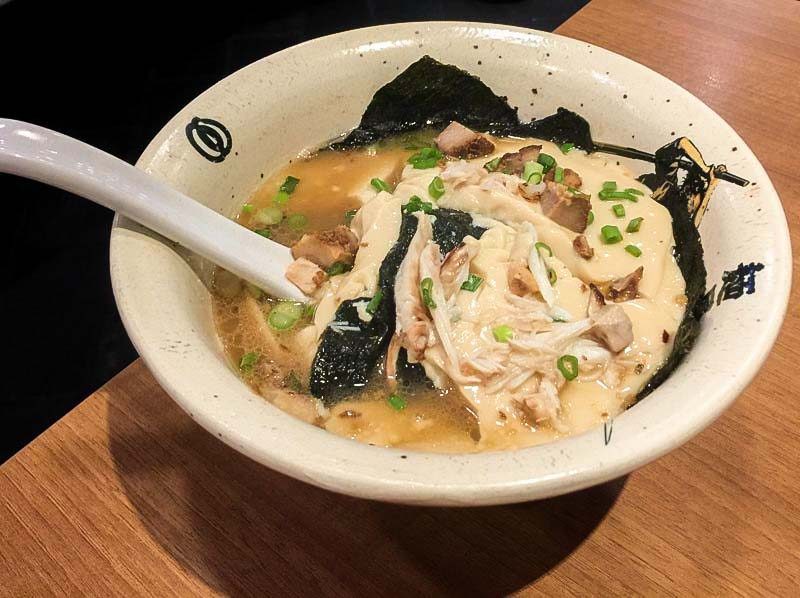 I wasn’t quite sure how if the combination would work, but the chawanmushi ramen tasted better than it looked. It was served in a bowl full of thin noodles, topped with a thick layer of chawanmushi with bits of char siu and shredded crabmeat.

The chawanmushi was so silky, soft and smooth and broke apart easily when I dug my spoon in. 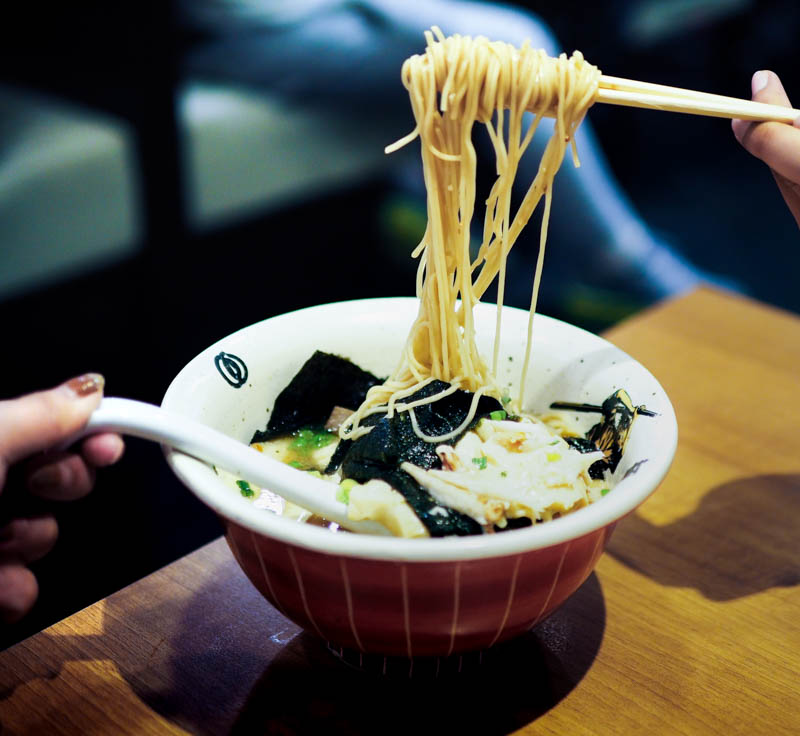 We were also surprised to find a piece of seaweed in between the noodles and the chawanmushi, which had soaked up the essence of the broth. On the whole, the combination of soft (chawanmushi) and firm (noodles) was a hit, and everyone should try this at least once. 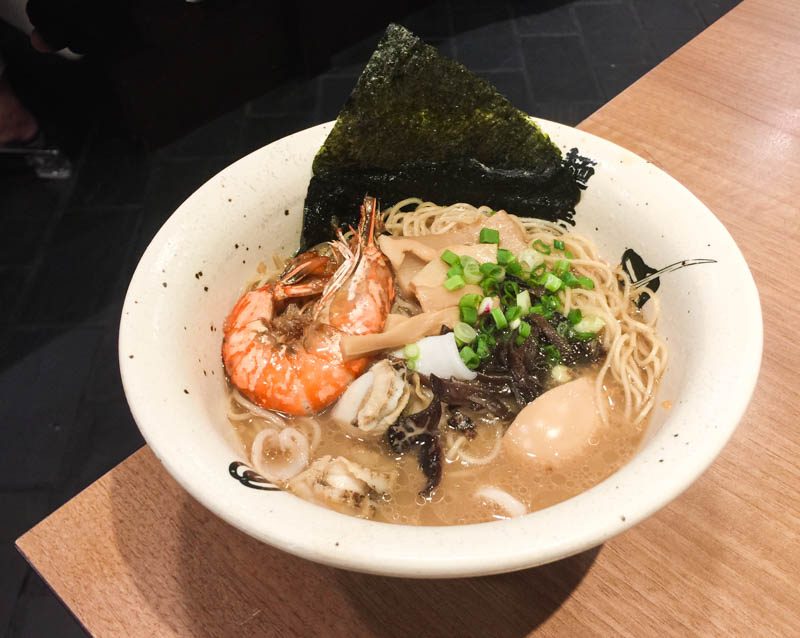 I also tried the Seafood Ramen ($14.90) which was filled with prawns, scallops, squid, bamboo shoots, fungus and half an ajitama. The broth was much richer than the chawanmushi ramen and also slightly sweeter due to the seafood in it. 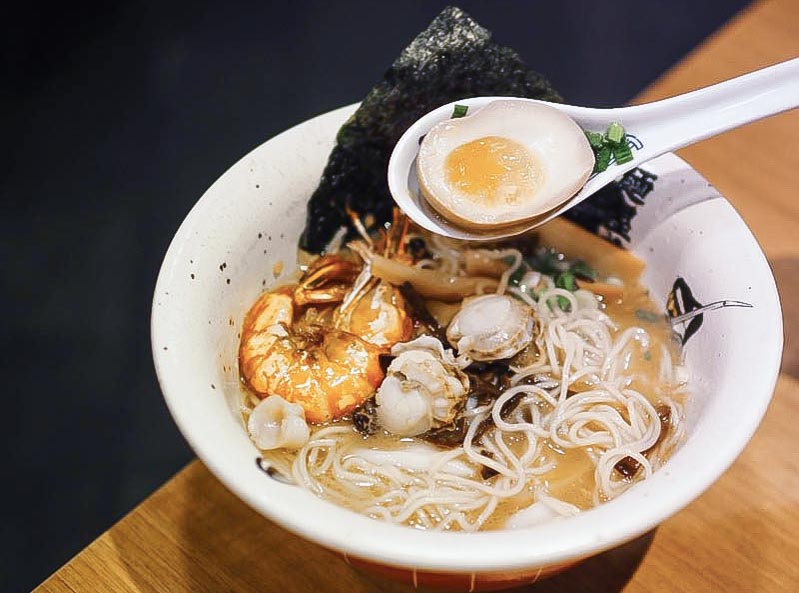 The broth was really flavourful but slightly oily after a few mouthfuls. The prawn and scallops were succulent. I sort of wished that I could choose the level of saltiness of the broth and the doneness of the noodles, but hey, it was still a really yummy bowl of ramen.

Seasoned ramen lovers should try the chawanmushi ramen and of course, keep a look out for special promotions so that you won’t miss out on any other cool combinations!

The Chawanmushi ramen was available at the various outlets across Singapore at the time of tasting, it is currently only available at Raffles City outlet. While it’s not said when this promo would end at Raffles City, do call before you head down to avoid disappointment.