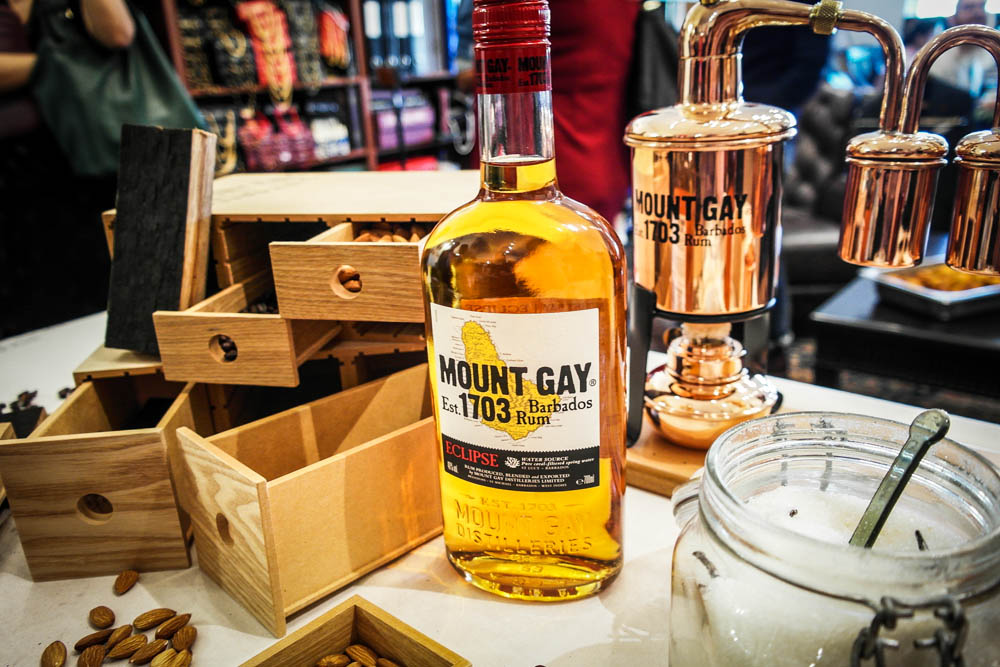 Touted as the world’s oldest rum producer, a legal deed dated from February 1703 confirms the existence of a “pot still house” in Barbados and establishing Mount Gay Rum as such.

I’ve been invited to a rum tasting session, with brand ambassador Miguel Smith, for the launch of Mount Gay’s Black Barrel. So what’s the difference from the standard Mount Gay Eclipse you see in so many bars? A unique refinement process which uses double pot distillation and a second maturation in bourbon oak barrels, bringing out further depth in flavour. 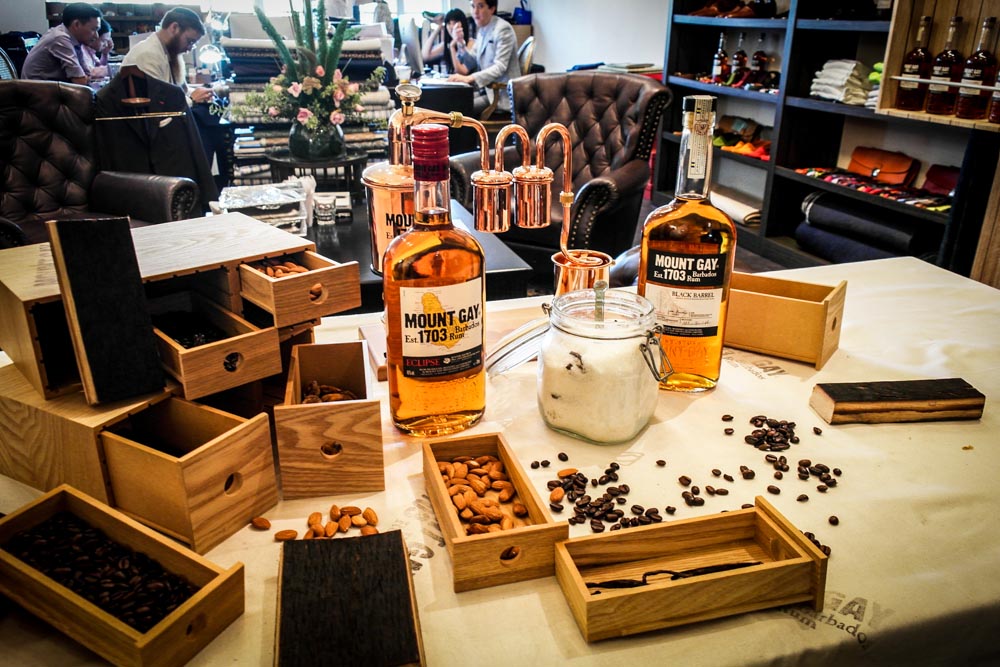 Through this double pot distillation, Black Barrel results in a higher proportion of double distillates (basically higher concentration), and also has a charred smokey finish from the maturation in bourbon oak barrels. 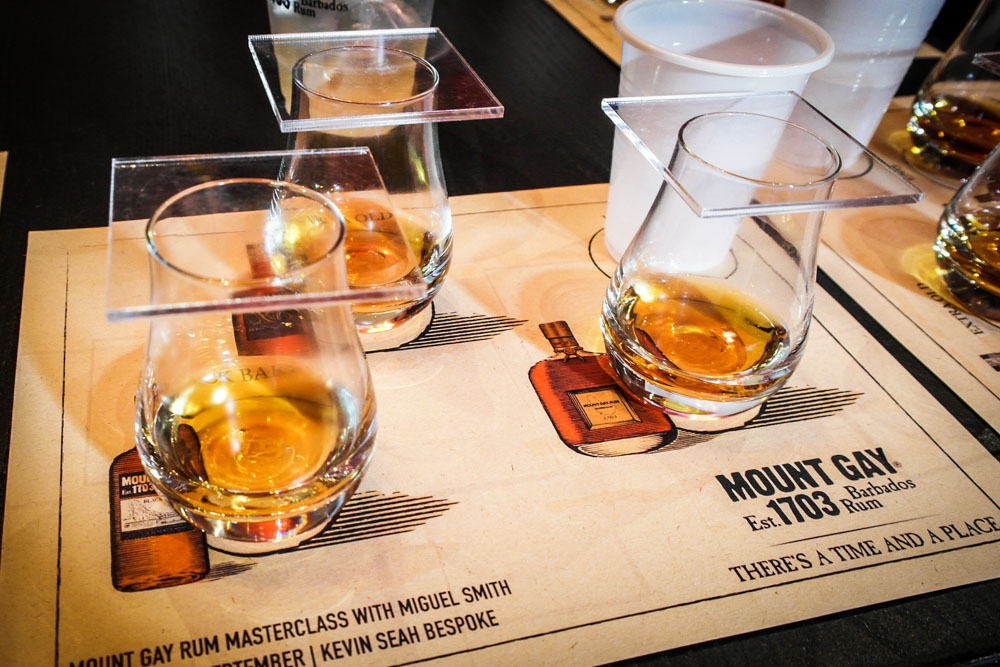 The Black Barrel makes for a new level of complexity and a bold concoction – one that has notes of pepper, spice and wood, with a blend of oaky vanilla, sweet caramel and surprising fruit on the nose.

Still, there is the signature flavours of banana, chocolate and caramelized nuts as with all their blends. Definitely you can taste a heavier, distillate filled rum which can be enjoyed on the rocks or in a tropical cocktail. 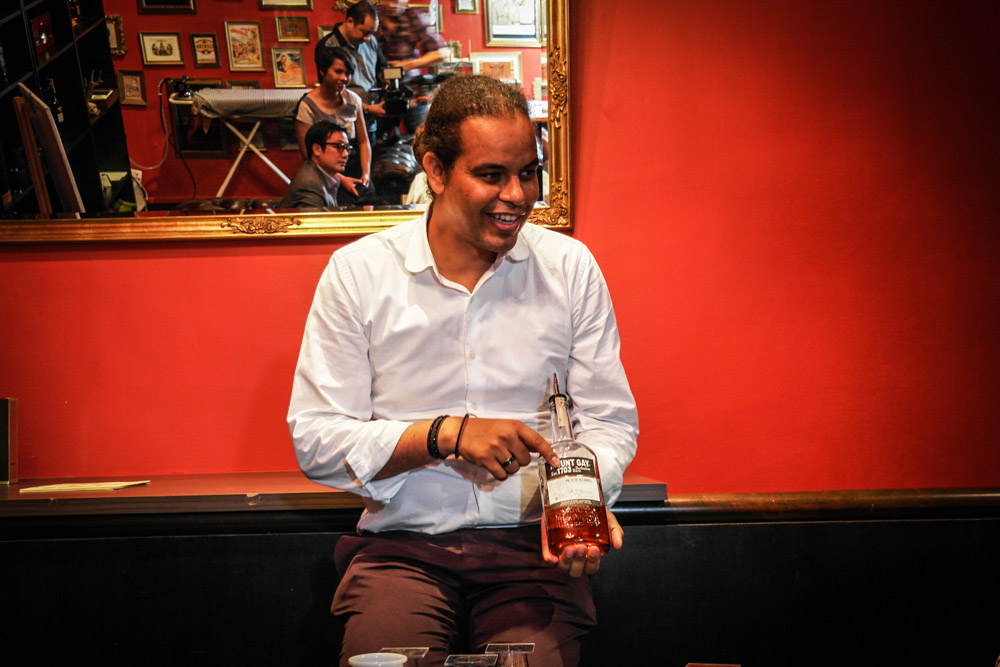 Mount Gay International Brand Ambassador, Miguel Smith said: “The appreciation and demand for rum is still fairly new as compared to other brown spirits here in Singapore. Smooth enough to sip yet very cocktail friendly, I hope Black Barrel’s distinct yet versatile smokiness will inspire a new slew of local concoctions, and appeal to audiences with classical yet adventurous palates,”

“My hopes are that Black Barrel will both inspire and be a larger part of the ingenious and busy cocktail scene here in Singapore. It’s an exciting time for rumright now.” Miguel added. 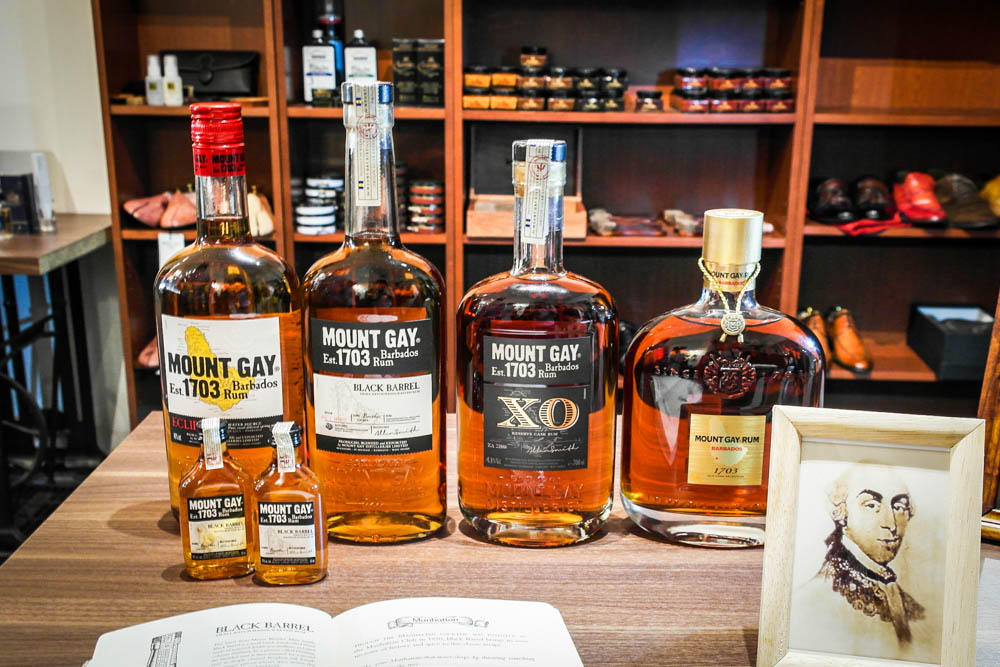 Differing from its predecessors, the Black Barrel bottle (2nd from the left) has a longer narrow neck that descends into a flask shaped bottle. 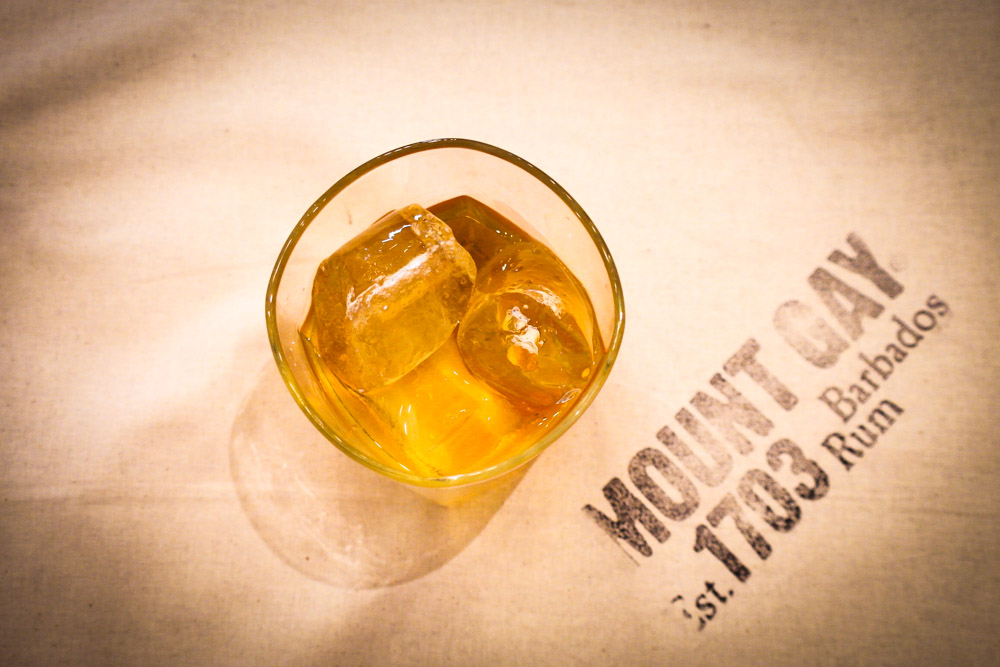 For Master Blender Allen Smith, there is no accurate, scientific formula to creating rum. His philosophy to blending rum is that “it’s ready when it’s ready, not before.”

Smith continues, “Rum blending is an art passed down for generations, and I am honoured to continue the brand’s focus on innovation and refinement with the introduction of Black Barrel. We are thrilled to give our consumers an exceptional, high-quality spirit to appreciate for years to come.”

Black Barrel’s award-winning titles include being listed as one of the Top 10 Best Spirits Innovations 2013 by Wine & Spirits Magazine, a grade of 94 in the Ultimate Spirits Challenge, awarded Gold in San Francisco Spirits Competition 2013 and most recently, awarded Gold in Rum Masters and Spirits Business Awards in March 2014.

Mount Gay Black Barrel Rum is available in Singapore at discerning bars and outlets like: