I’ve had plenty of char kway teow, but none have been given the stamp of approval by Prime Minister Lee Hsien Loong. 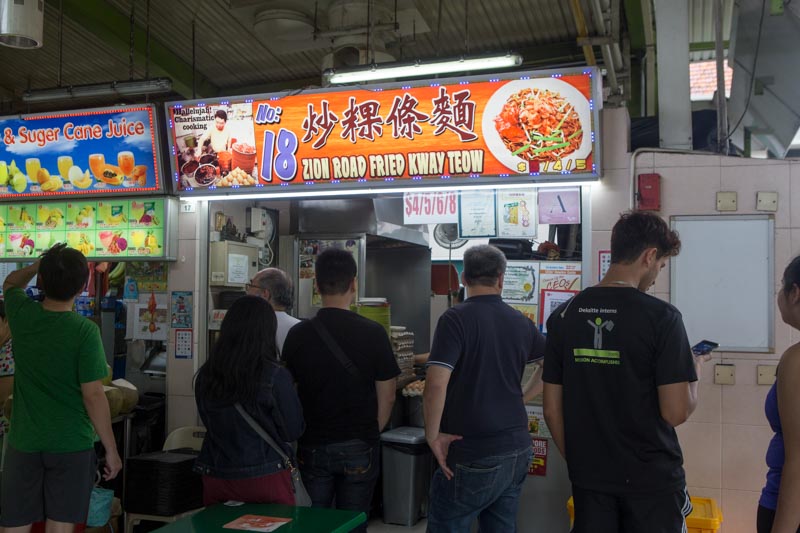 No. 18 Zion Road Fried Kway Teow, hidden within Zion Riverside Food Centre, sells S$4 char kway teow that’s so delicious that its stall owner, Mr Ho, got invited to the Istana to witness the swearing-in of the Prime Minister and his Cabinet Ministers. 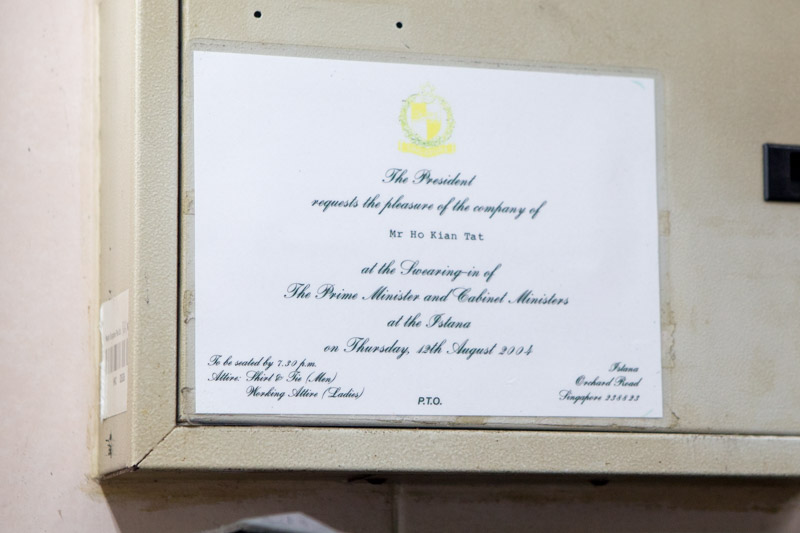 When I visited No. 18 Zion Road Fried Kway Teow for lunch, I spotted the invitation letter for PM Lee’s swearing-in ceremony displayed prominently on the stall’s circuit board.

Not to mention, there was also a framed newspaper article of PM Lee hanging proudly at the front of the stall.

If you’re looking for a sign that says this stall serves delicious food, you’re not going to get a better stamp of approval than this. 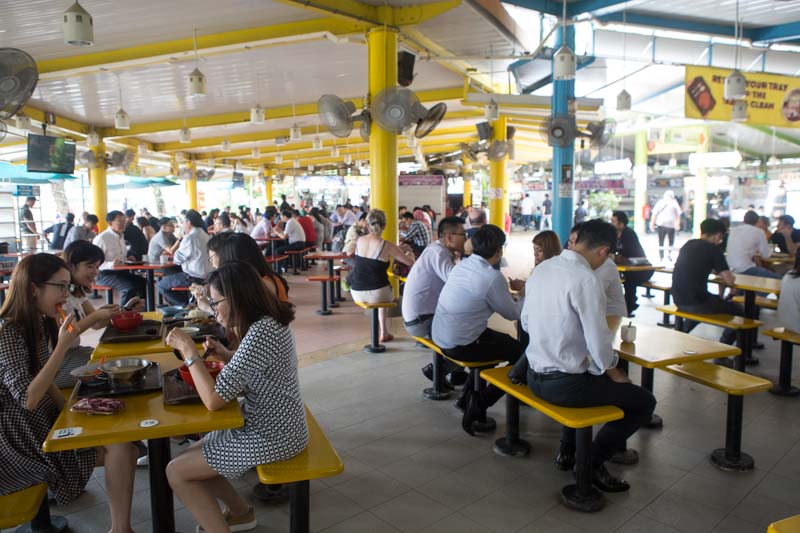 Zion Riverside Food Centre is a popular place for foodies and what I loved was how big, clean, and spacious it was.

The hawker centre was shaped like a huge triangle, with most of the tables being sheltered. Plus, there were four rotating fans on each of the columns in the hawker centre, which helped counter Singapore’s unfortunate humidity and relentless heat. 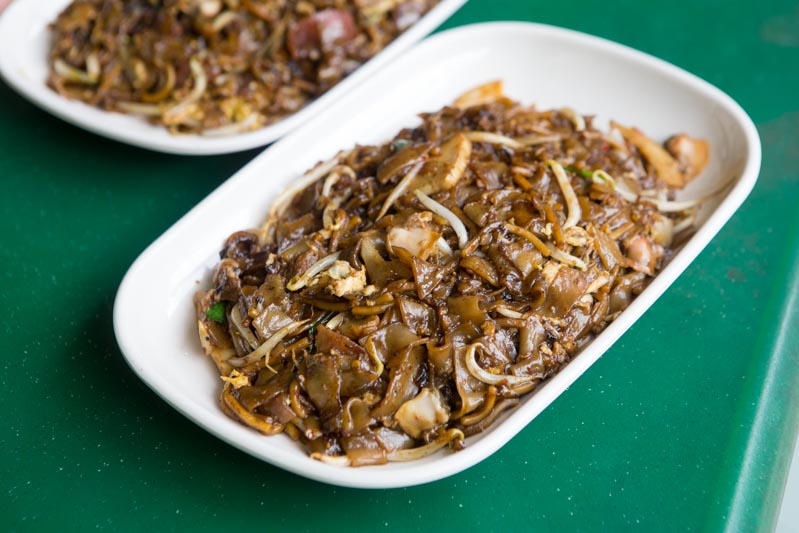 After 30 minutes of waiting, I got two plates of Char Kway Teow (S$5). Instantly, the mouth-watering wok hei scent caught my attention. It was smoky, like charcoal, and my tummy let out a hungry protest. 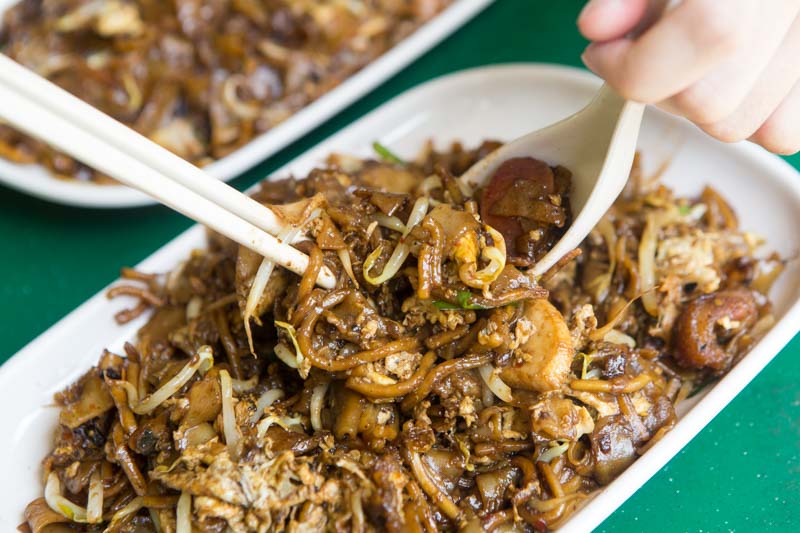 For S$5, I got a sizeable plate of char kway teow, and I noticed how it wasn’t sopping wet with gravy, nor was it too dry.

Rather, it was glistening with a good amount of oil, pork lard, and gravy, and the noodles were littered with colourful pieces of vegetables, egg, beansprouts, cockles, and fish cakes. When I took my first bite, I was immediately hit by a sweet roasted taste, which came from the dark soy sauce used in the char kway teow.

I loved how each mouthful of noodles was fragrant and indulgent. It wasn’t overly sweet nor salty, but it was just as if the dark soy sauce had been mixed with oyster sauce and left in the wok to simmer, thus creating this beautifully aromatic and savoury pack of flavours.

The wok hei taste was pretty strong as well and it left a smoky aftertaste in my mouth, which made me want to dive right back into the pile of noodles for my next bite. 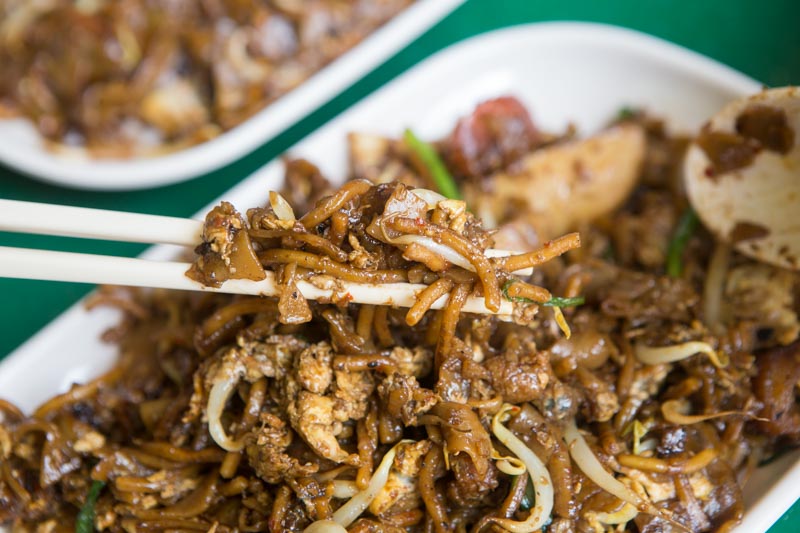 No. 18 Zion Road Fried Kway Teow used a mix of thick yellow noodles and kway teow for the dish.

This was great in terms of texture, as there was a contrast between the slippery smoothness from the kway teow noodles and the springy bounciness from the yellow noodles.

There was something different in every bite—be it the crunchy vegetables and beansprouts, the smoky pork lard cubes, or the salty lap cheong slices—and I could easily see why this made such an impression on PM Lee’s palate. 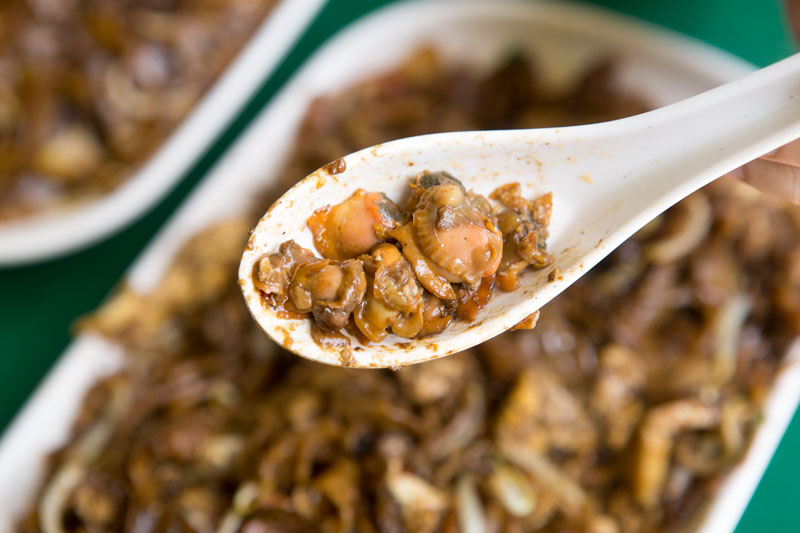 While I’m not the biggest fan of cockles—most char kway teow stalls tend to use cockles that aren’t too fresh, thus resulting in a smelly or muddied taste—I must say, No. 18 Zion Road Fried Kway Teow’s cockles were incredibly fresh and sweet.

These little nuggets weren’t too mushy or smelly. Instead, they were delightfully briny and salty, and I found myself pleasantly surprised at how fresh they were.

Plus, I spotted more than eight little cockles in my plate of char kway teow, which is pretty impressive considering I paid only S$5. Salty, smoky, and incredibly addictive, the pork lard cubes reminded me of fried chicken skin snacks and I had to physically hold myself back from popping these small cubes into my mouth non-stop. 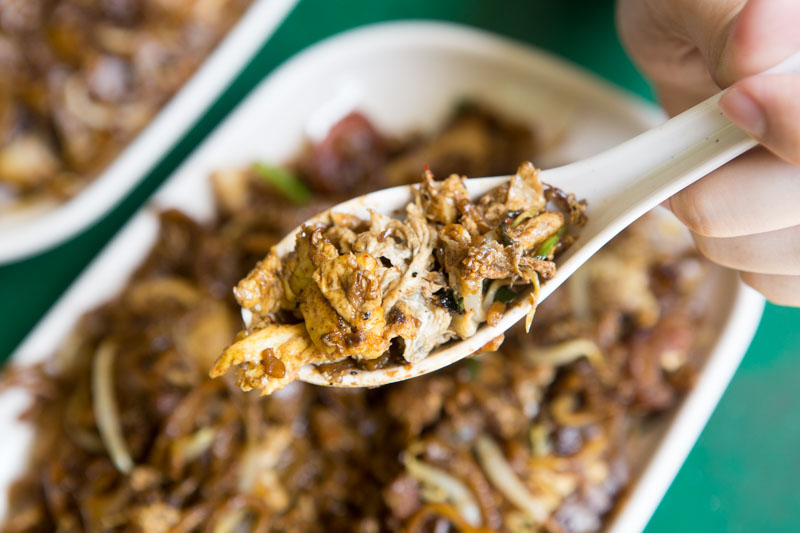 What I noticed about No. 18 Zion Road Fried Kway Teow’s char kway teow was that it had plenty of egg in each dish.

Stumbling upon the silky egg bits was refreshing, as each strand was naturally sweet, creamy, and soft, and it acted as a great contrast against the saltiness from the kway teow noodles.

Before I knew it, I had polished off my entire plate of char kway teow, and I was satiated and full.

It’s easy to see why PM Lee loves this stall—for S$5, what you’re getting is a solid plate of char kway teow. It had a strong wok hei taste, it wasn’t too sweet or salty, and it was packed with fresh ingredients, such as cockles and eggs. Though simple, it was executed perfectly, and this will be where I’ll be going if I’m ever craving a good ol’ plate of char kway teow again.