Peranakan cuisine is something that I’m relatively unfamiliar with, but I enjoy it all the same. The bold flavours and tedious cooking methods never fail to fascinate me.

This time, my search for good Peranakan dishes brought me to a hawker centre. 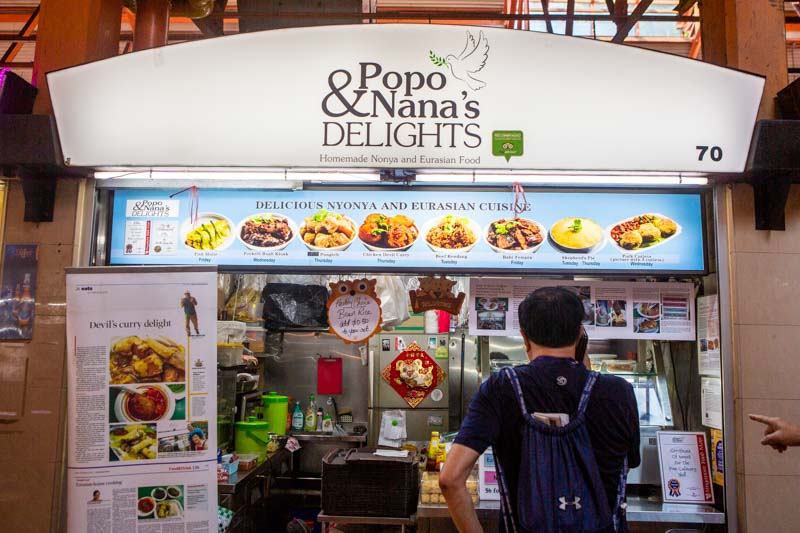 Unequivocally one of the most popular hawker centres in Singapore, Maxwell Food Centre is a hotspot for many well-known eats. But Popo & Nana’s Delights is a stall there that stands out from the rest. 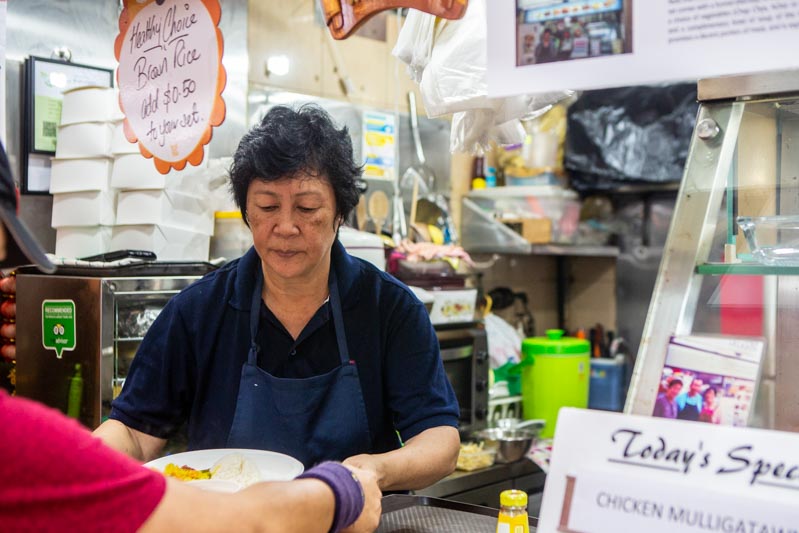 The owner, Grace, comes to the stall early every morning to begin preparing the dishes. She also single-handedly runs the stall.

Each day, she presents an entirely different menu. So if you drop by Popo & Nana’s Delights every day, you’ll find a different set of dishes! 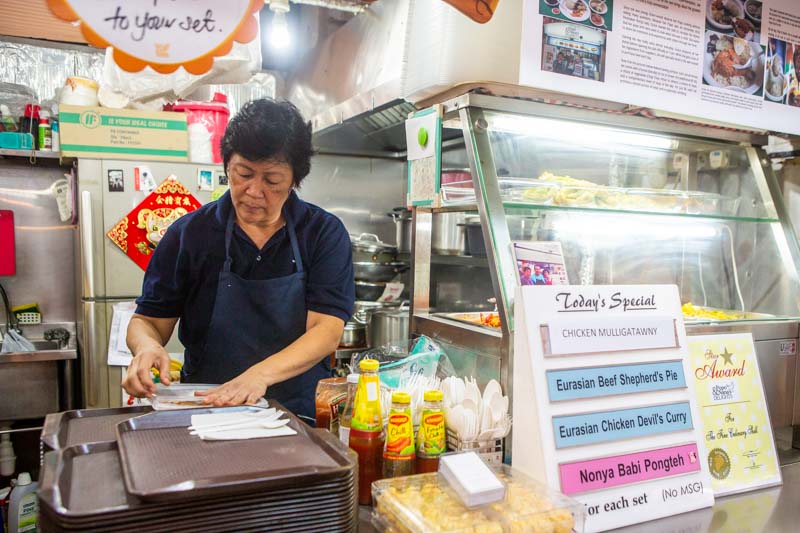 Curious as to how the name of the stall came about, I asked the owner to find out. It turns out that the stall’s name is in honour of Grace’s mother and grandmother, who was Eurasian and Nonya respectively.

As such, not only do they serve up Peranakan dishes, but they also offer Eurasian food! I asked the owner if she inherited the recipes from her mother and grandmother. In response, Grace cheekily gave a firm ‘no’. Instead, she said she picked up the recipes by merely observing them cook.

She wanted to share with the public what she ate at home growing up. So, she decided to start her hawker business in 2014. 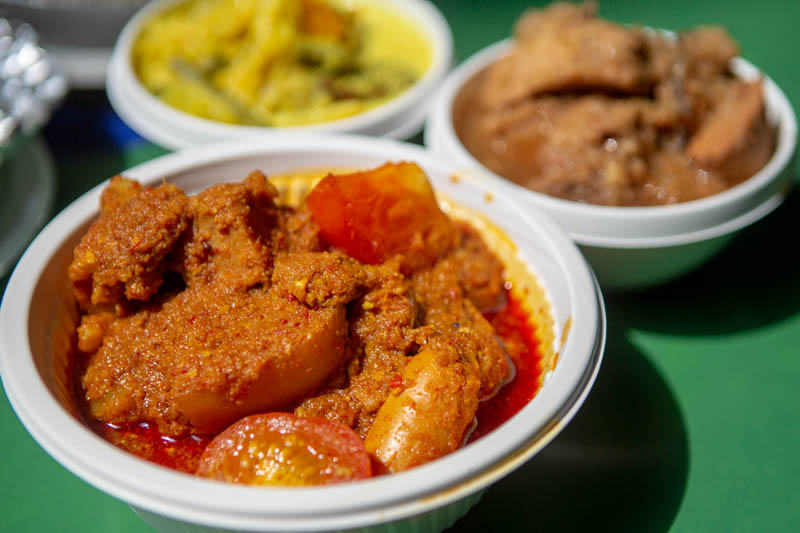 As it was a Thursday, the dish of the day was the Eurasian Chicken Devil’s Curry (S$6). Just the name intimidated me a little, for I don’t really handle spice very well. That said, the owner insisted that I try it as it’s one of her dishes which sell out the fastest.

The curry indeed had a devilish red hue. But as I warily took my first sip, I realised that it wasn’t as spicy as it looked. Instead, it had a buttery flavour which I found quite appealing. 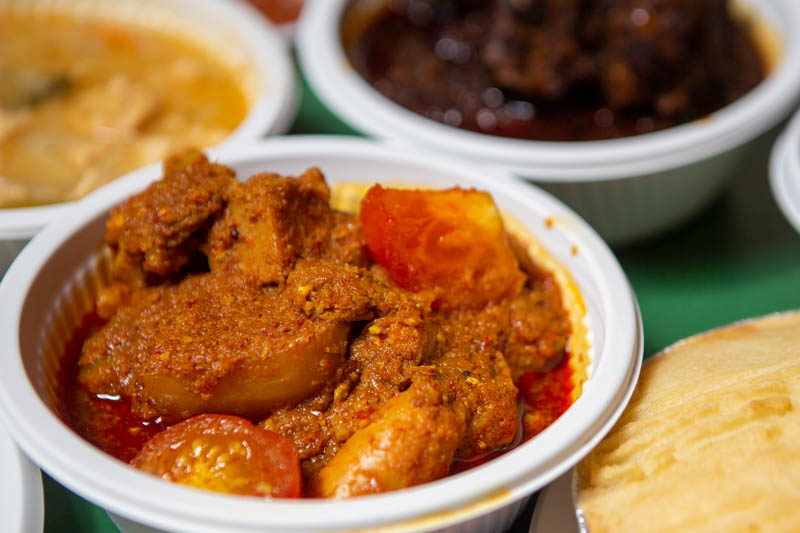 However, the spiciness sank in much later and spread throughout my mouth. Apparently, they added chilli and chilli padi to make the curry. No wonder it packed a punch!

Not only that, but according to Grace, her curry is only 70% as spicy as her mother’s version. With this being so spicy already, I seriously can’t imagine how the original would taste like. 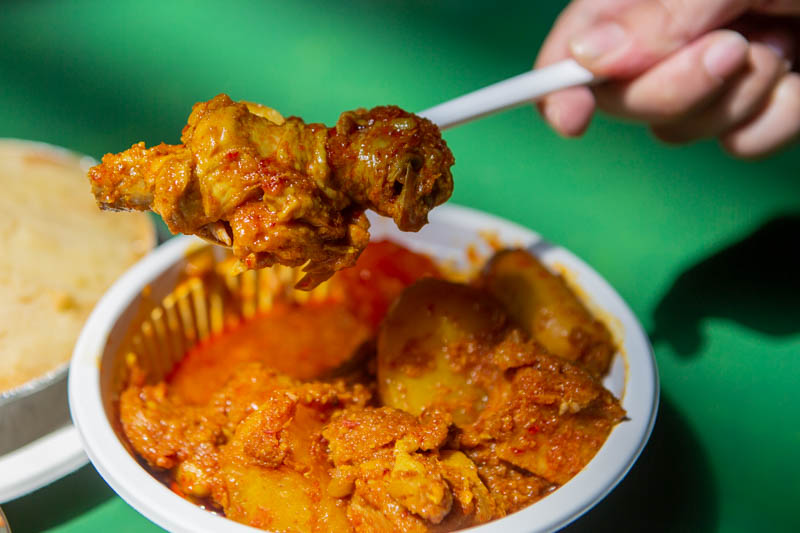 Nevertheless, the dish came with a bounty of ingredients, from the tender chicken chunks to the firm potatoes, and there were even sausages and spam. 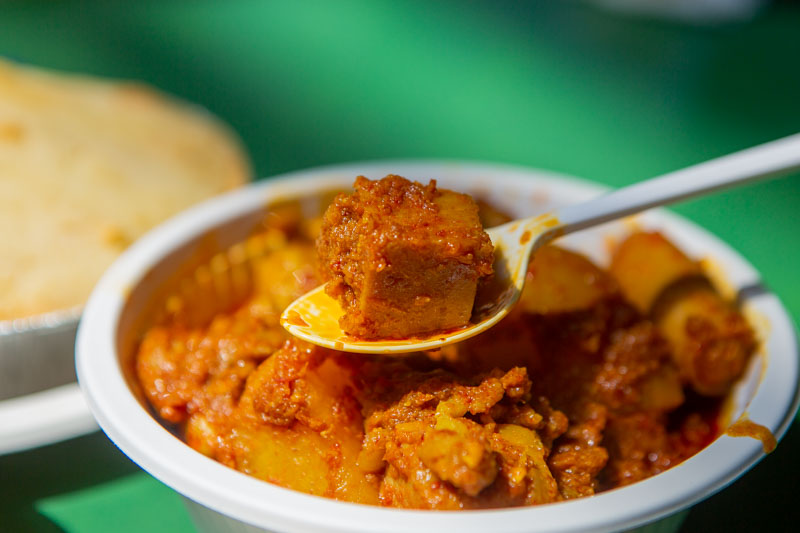 These plentiful ingredients definitely gave a homely touch to the dish, I’ll tell you that! Moving on, we had the Nonya Babi Pongteh (S$6), a pork belly dish. 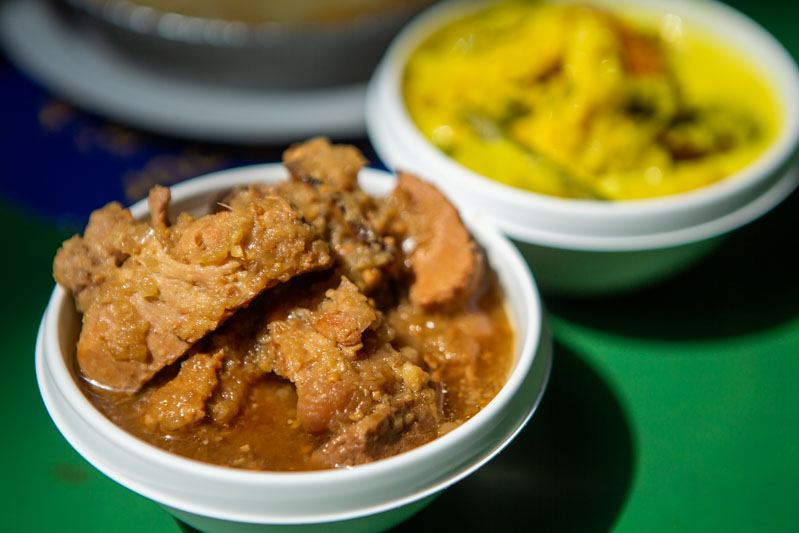 Though it didn’t look the most appetising, it had a perfect balance of sweetness and saltiness which I enjoyed. Likewise, the dish also came with many ingredients, ranging from potatoes to bamboo shoots to mushrooms. 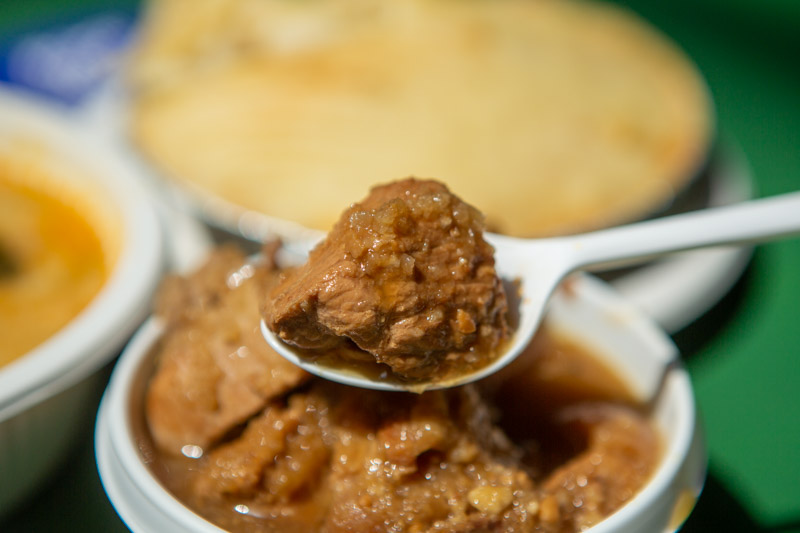 Even though the pork belly was slightly tougher, I loved how each piece oozed with the gravy as I chewed. In fact, I was surprised that I enjoyed this dish much more than I thought I would. From time to time, Popo & Nana’s Delights also serves up certain off-menu dishes. We were very lucky that day to sample the Eurasian Chicken Mulligatawny (S$6), whose name we had a tough time getting the hang of. 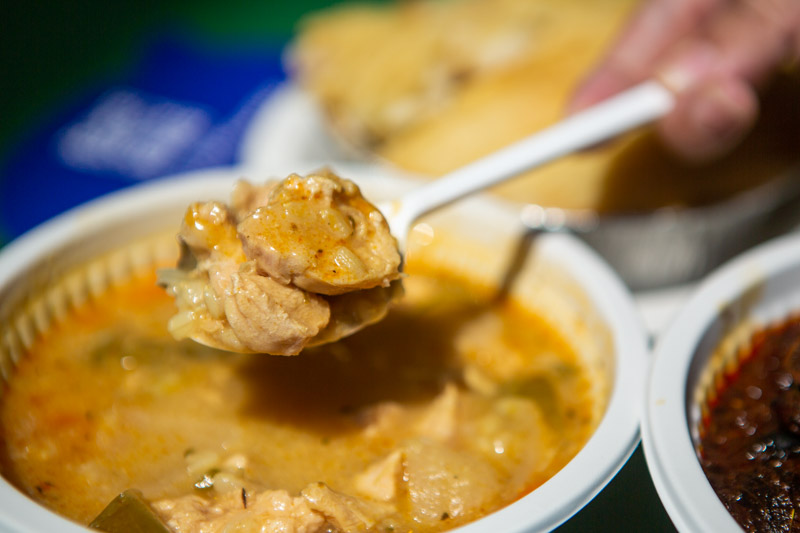 The soup consisted of a mix of vegetables and diced chicken, creating a colourful palette of flavours. 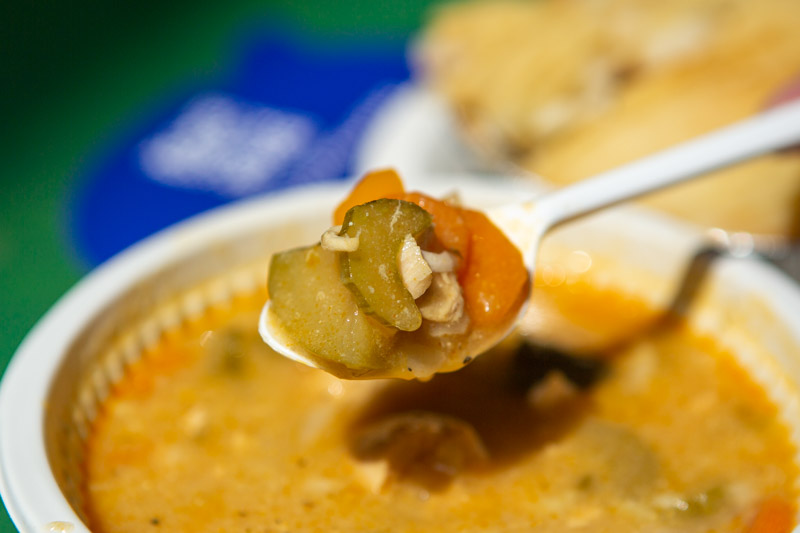 Every ingredient was also perfectly fork-tender since they simmered the soup over long hours. 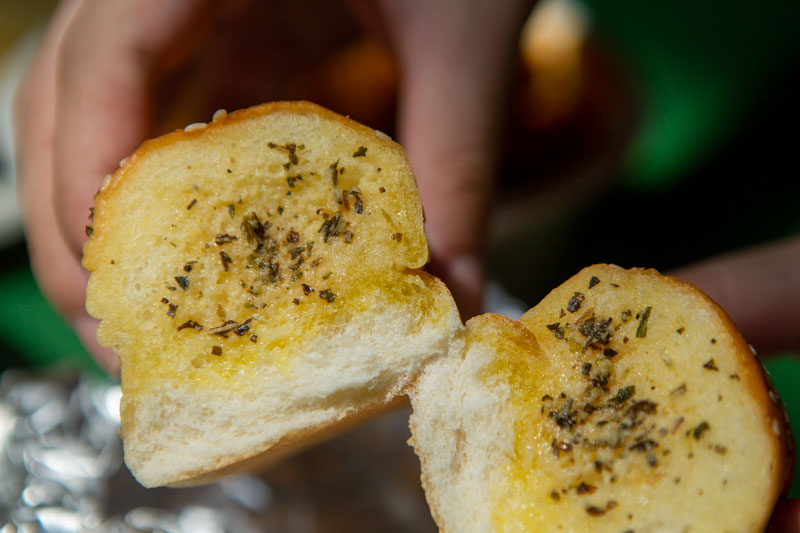 They also serve it with a side of garlic bread, which we found addictive even though it was store-bought. 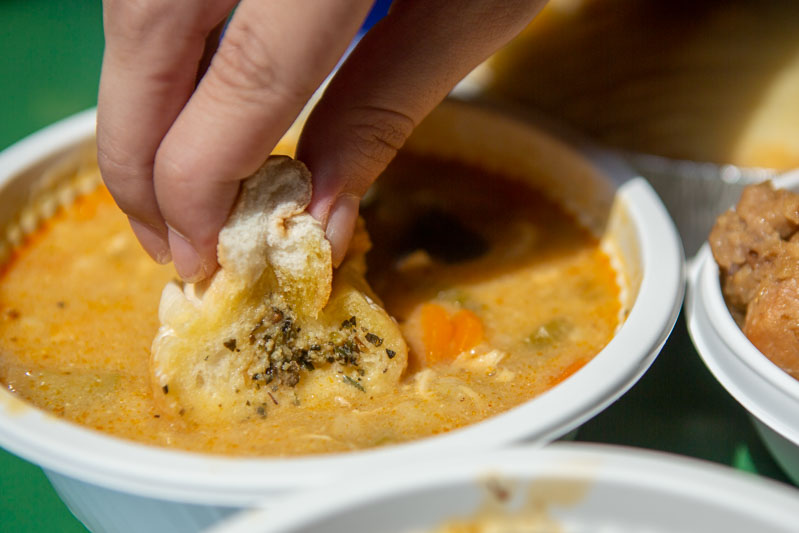 The pillowy soft loaf soaked up the soup and its rich flavours spectacularly, making for an all-rounded bite.

Hopefully, this dish will soon become a permanent item on the menu! 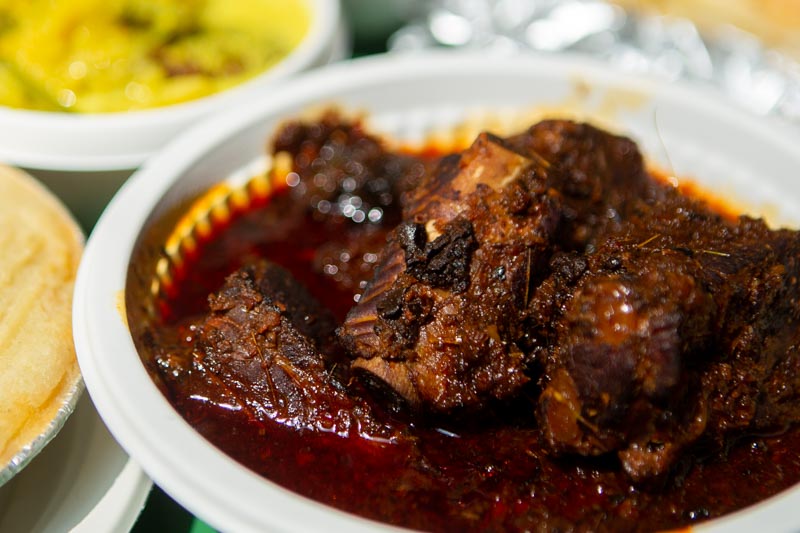 Occasionally, Popo & Nana’s Delights also heeds their diners’ requests to put certain dishes from other days on the menu. Once again, we were very fortunate that we got to try their Nonya Pork Rib Buah Keluak (S$6), Wednesday’s dish of the day.

The dish features what many foodies dub as Asia’s truffle, buah keluak. For one, I absolutely love this ingredient that’s actually poisonous before fermentation. I was really looking forward to this highly-raved dish. 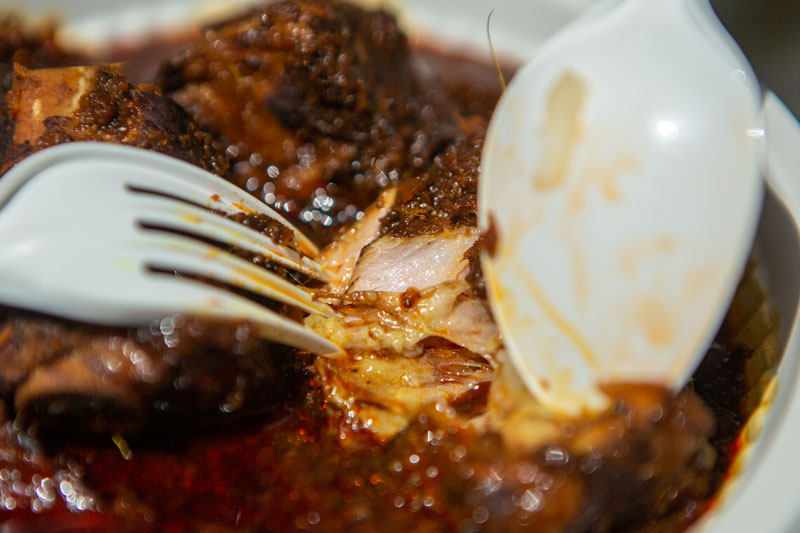 The prime pork ribs were delightfully fall-off-the-bone tender, oozing with juice as I bit into them. However, I was expecting a much stronger flavour from the buah keluak, which is well-known for its pungent taste.

This dish actually had a very palatable taste which I reckon many buah keluak first-timers would appreciate. 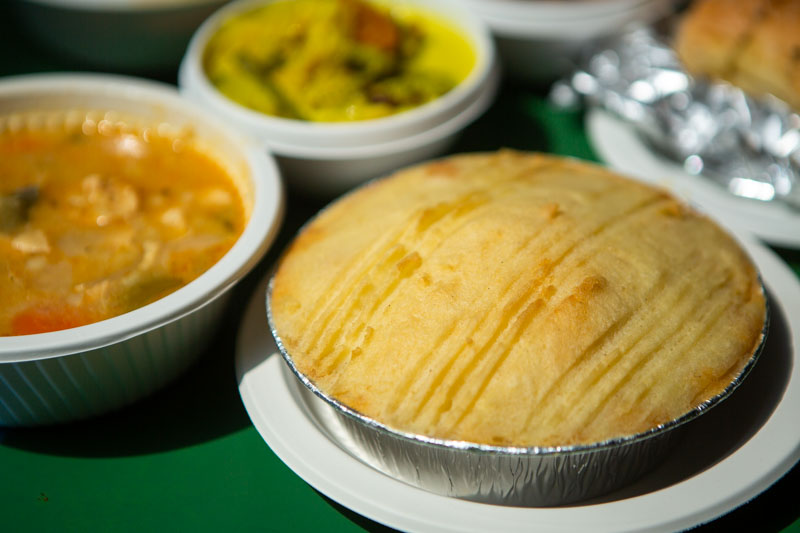 Finally, we had the Eurasian Beef Shepherd’s Pie (S$6).

The pie had a smooth crust and a bright-yellow hue (that was probably brighter than my future). 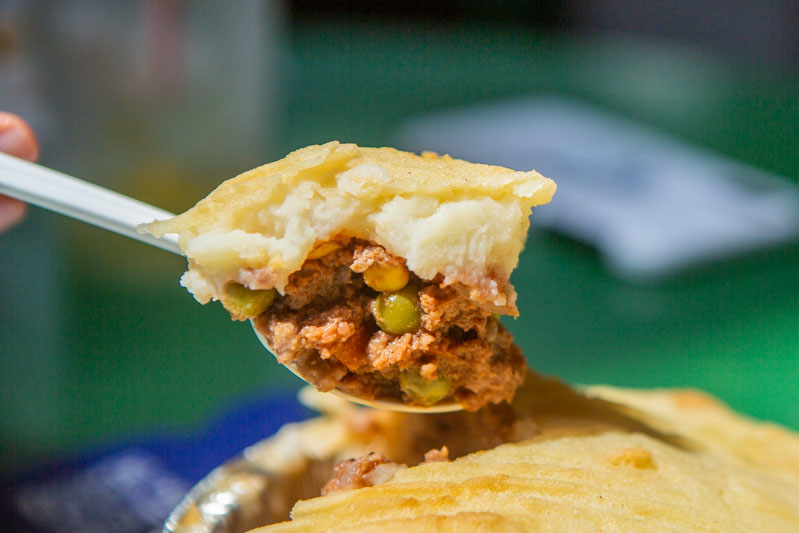 Slicing into the firm pie crust revealed an extraordinarily creamy layer of mashed potatoes. Underneath it, there was a generous serving of minced beef, as well as mixed vegetables.

Although the beef was juicy and flavourful, it was the mashed potatoes which stood out the most. Smooth, dense and buttery, it was irresistible. We also adored how there was an occasional slight burst of sweetness from the mixed vegetables in every bite. 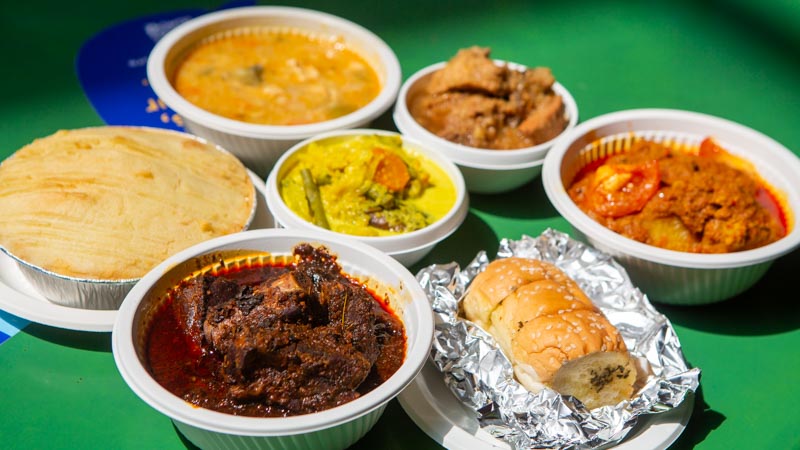 The portions here at Popo & Nana’s Delights are wholesome and value-for-money. They’re also perfect for sharing, as you should according to Peranakan culture.

Furthermore, it’s certainly not every day one encounters a hawker stall serving up Peranakan dishes, much less Eurasian food. I can definitely see myself returning to Popo & Nana’s Delights for a heartwarming taste of homecooked food.

Previous articleTaiwan’s No. 1 Brown Sugar Boba Milk From 幸福堂 Xing Fu Tang Is Coming To SG In Jun 2019
Next article11 Food Spots In Chinatown Under S$10 For Your Tourist Friends To Eat Like A Local