Although Singapore has a lot to offer, sometimes we just need to get out of the country for a short getaway to quench our thirst for exploration. With less than S$5, you can travel to Johor Bahru for some cheap and good food.

If you’re heading over, R&F Mall is one of the newest malls in JB and we can’t wait to explore it. 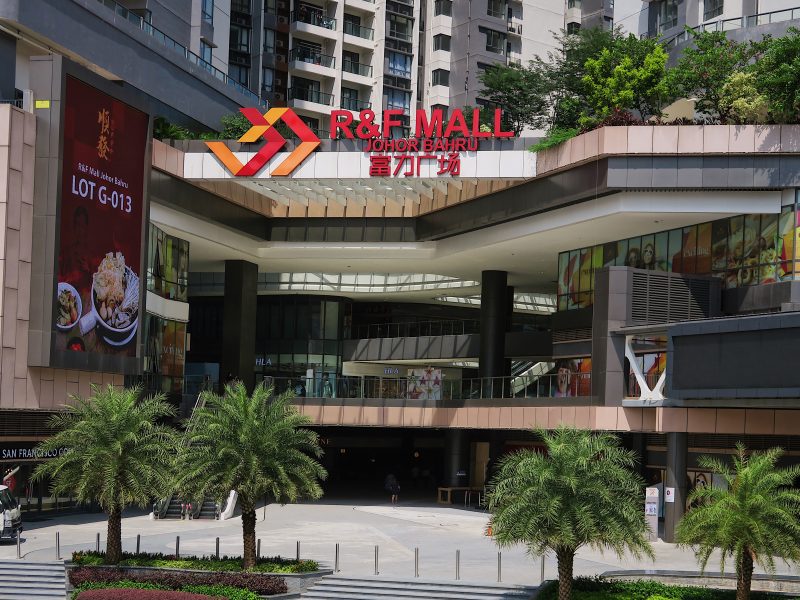 The grand entrance of R&F mall is a welcome sight after an 8-minute walk via the CIQ link bridge from JB’s CIQ Checkpoint. 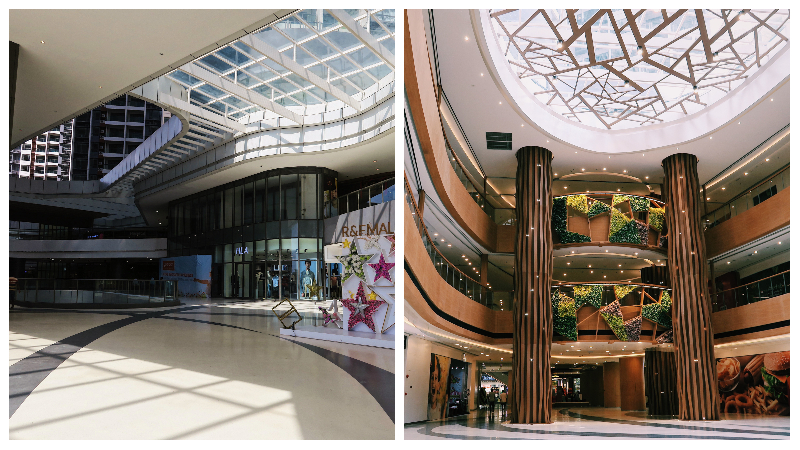 The mall features an open-space concept which reminded of Punggol Waterway Point. Both indoor and outdoor architecture already looks Insta-worthy on its own because of the glass ceilings which allows natural light to cascade into the building.

We’ve collated a list of 10 food places you shouldn’t miss while shopping at this three-storey indoor and outdoor mall. Yes, we can get a nice cup of bubble tea from The Alley in Singapore too but since we were here, why not? Plus, it’s cheaper in JB too. 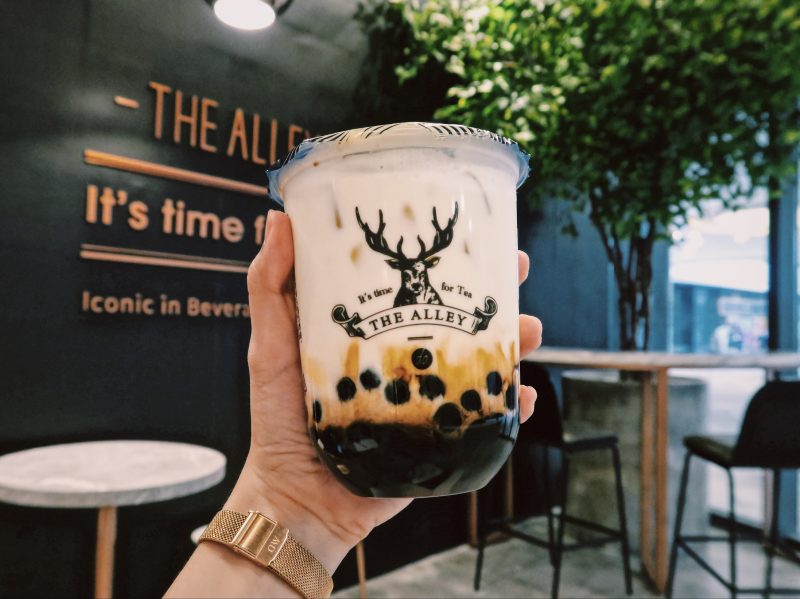 It turned out to be one of the best decisions that I’ve ever made. The smooth and creamy texture of the creme brulee adds a nice contrast to the brown sugar and chewy pearls. We were advised to drink from the bottom of the cup and slowly make our way up instead of shaking and mixing the drink around. We also tried a medium-sized Snow Velvet Peach Oolong Tea (RM 14.90). We opted for a lighter and more refreshing drink because too much of the Brown Sugar Deerioca Creme Brulee Milk would be too cloying for me.

What I thought would be a milky foam actually tasted more like cream cheese. Thick and creamy, it went quite well with the peachy Oolong tea. 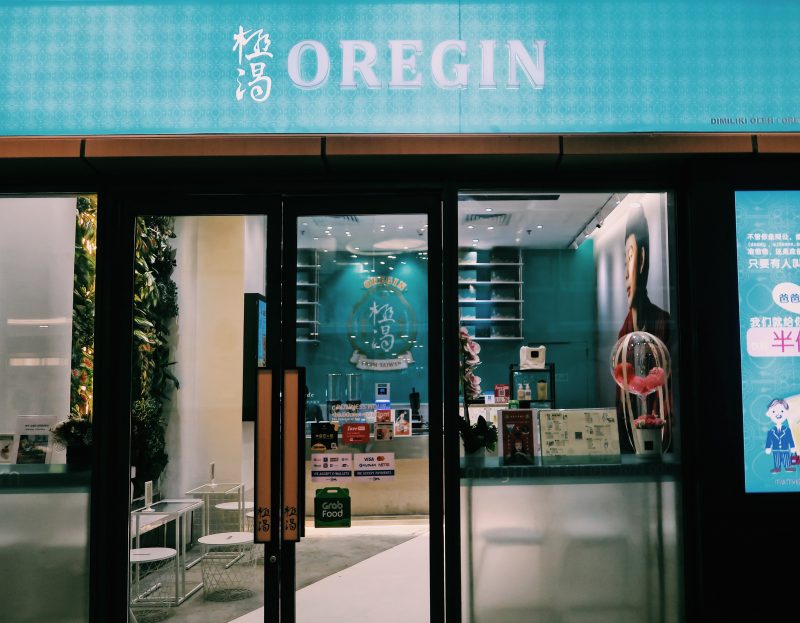 This bubble tea chain from Kaohsiung, Taiwan, is famous for its takeaway bubble tea. Oregin 极渴 has recently made its way to R&F mall and the bright blue signage was just inviting us in. 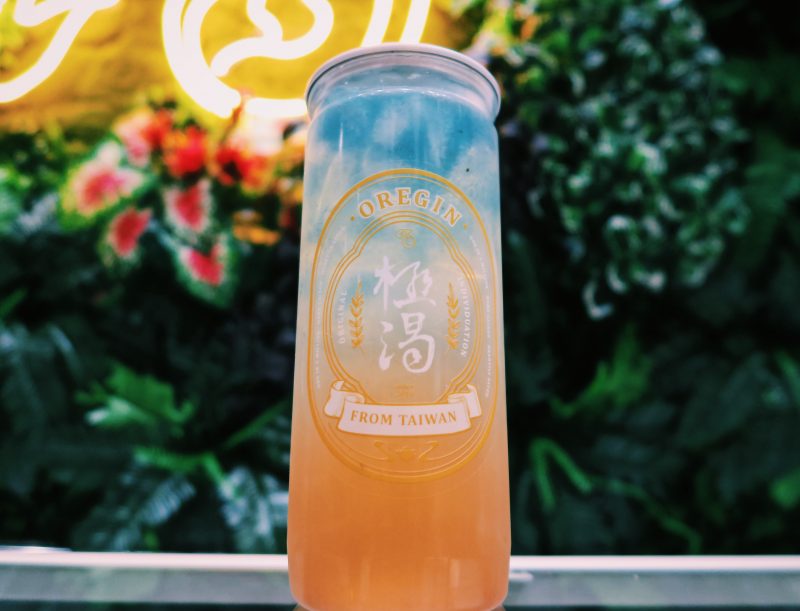 They have a colour gradient series and we decided to get the Mysterious Ocean (RM 9).

At first glance, I expected the drink to have a hint of passionfruit and lime due to its orangey hues of colours. However, I was met with a pleasant surprise as the drink tasted more like sour plum juice.

The shop even has a very pretty wall mural for you to take Instagram-worthy pics of your drinks. 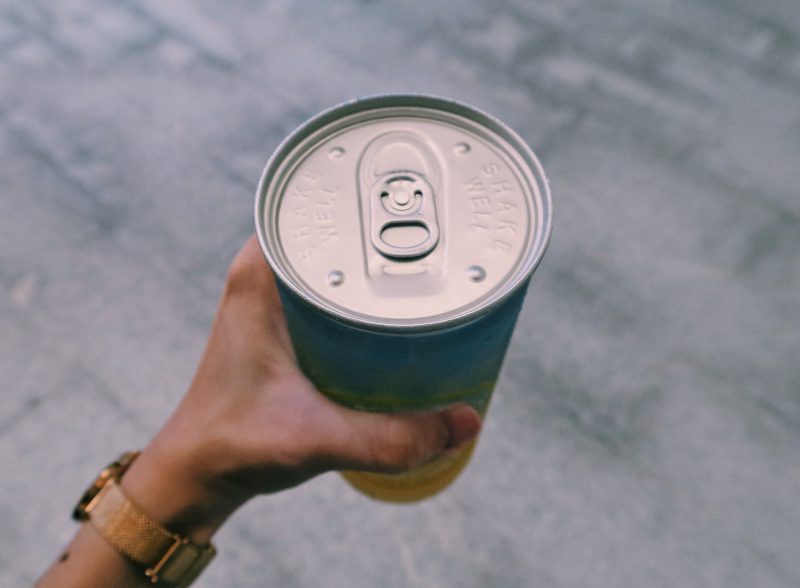 Oregin 极渴 is renowned for its takeaway bubble tea bottles which look like soda cans. Made entirely of plastic, the bottle is reusable and 100% recyclable but remember to rinse it first! 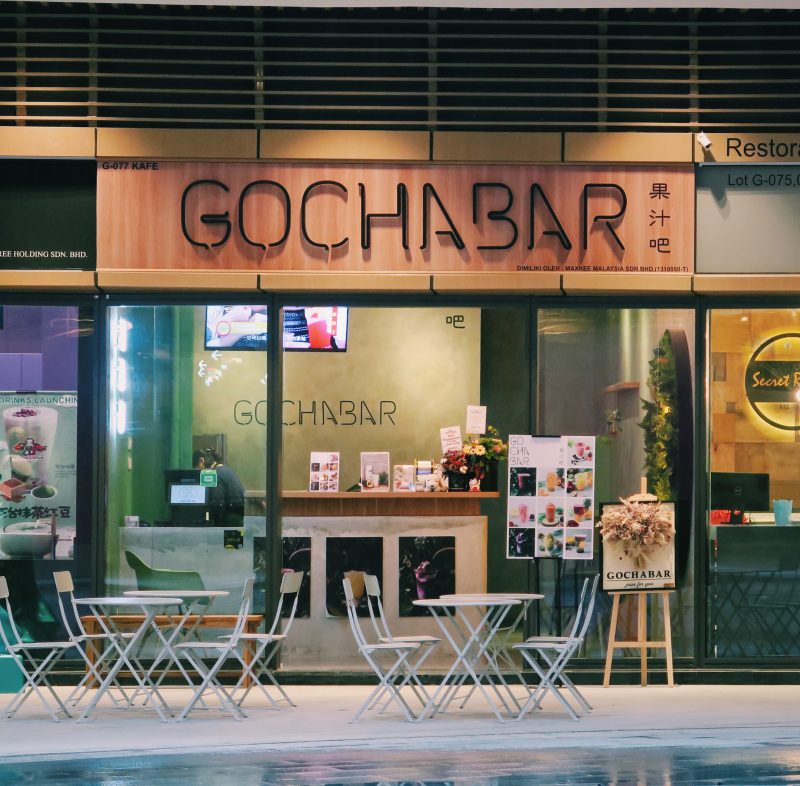 Also from Taiwan, this fruit juice bar is known for its fruit smoothies, juices and ice blends.

The ingredients used in the drinks are 100% natural and the juices are made from pure fruits. Gocha Bar 果汁吧 has a little seating area so if you’re tired after a day of exploring around the mall, feel free to take a break there and order a refreshing cup of juice.

One of their signature drinks is the Apple+Strawberry+Milk Smoothie (RM17), which looks really pretty too.

They also offer other drinks such as Apple+Kiwi+Orange Juice (RM13) and Dragonfruit+Mango+Pineapple Ice Blended (RM 16). Most of their signature drinks have more of a zesty flavour though it still depends on the combination of fruits used in each drink. 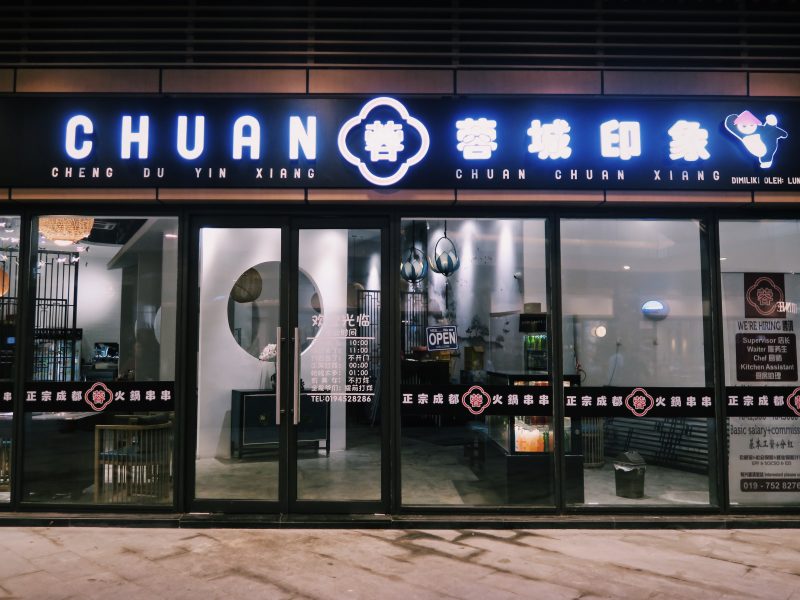 What’s special about this hot pot place is that most of the ingredients come on skewers. Instead of desperately scooping up the food from the soup, you can simply pick up the sticks and enjoy your food instead of trying to find it in your soup. 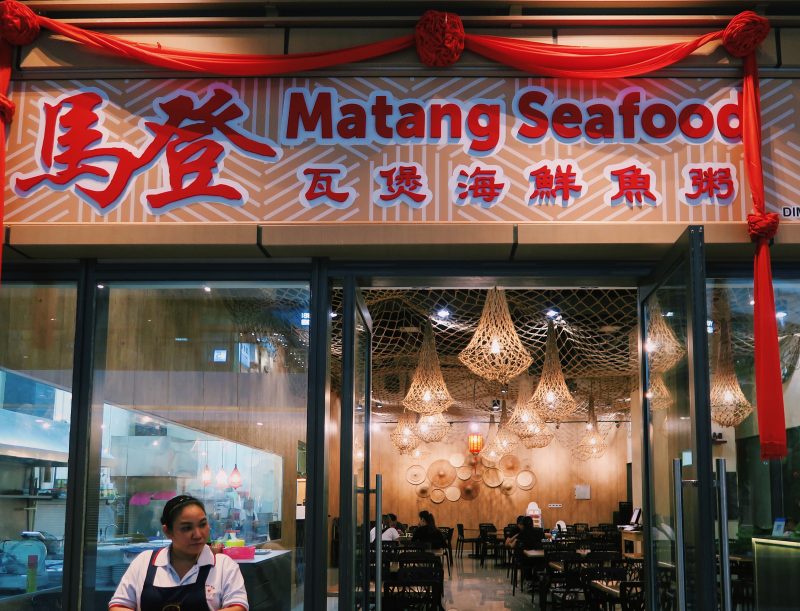 Famous for its seafood porridge in a clay pot, Matang Seafood has opened its third outlet at R&F mall.

You can either order one of their seafood porridge deals or choose from a large selection of ingredients such as prawns, fish, abalones, or the more basic stuff like fishballs and mushrooms. This pizza diner looked vibrant and warm through the glass panels. The wallpaper and background at Vivo will surely make your photos look Insta-worthy.

They have a wide range of menu items apart from their pizzas. The pizzas are priced accordingly to the type of crust as well as the sizes.

Although this 9″ Thick Crust Smoked Salmon Pizza (RM34.50) is one of the premium pizzas, it is still pretty affordable. Fancy a quick bite? This quaint little cafe already looks aesthetic AF from the outside. Apparently, people will specifically go to Routine just to try its burnt cheesecake. 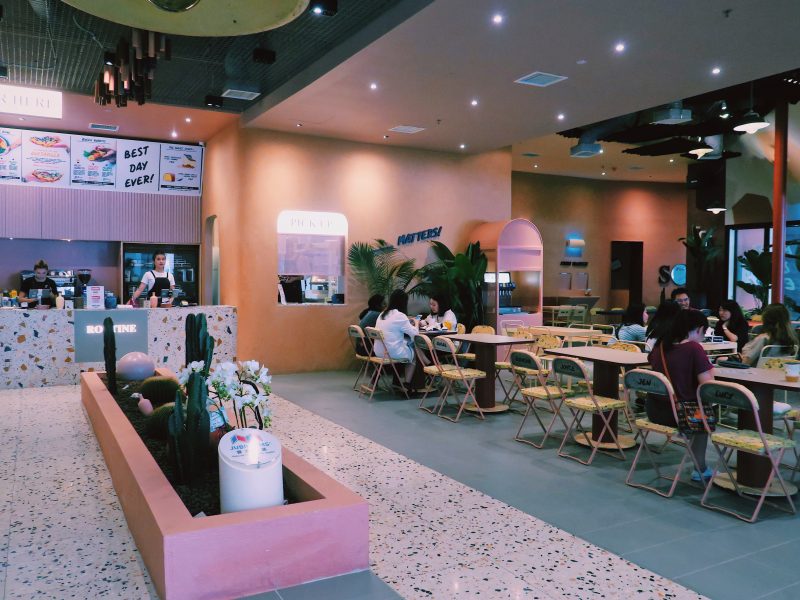 The interior of the cafe had a pastel pink and tropical theme going on, making it perfect for the ‘gram. 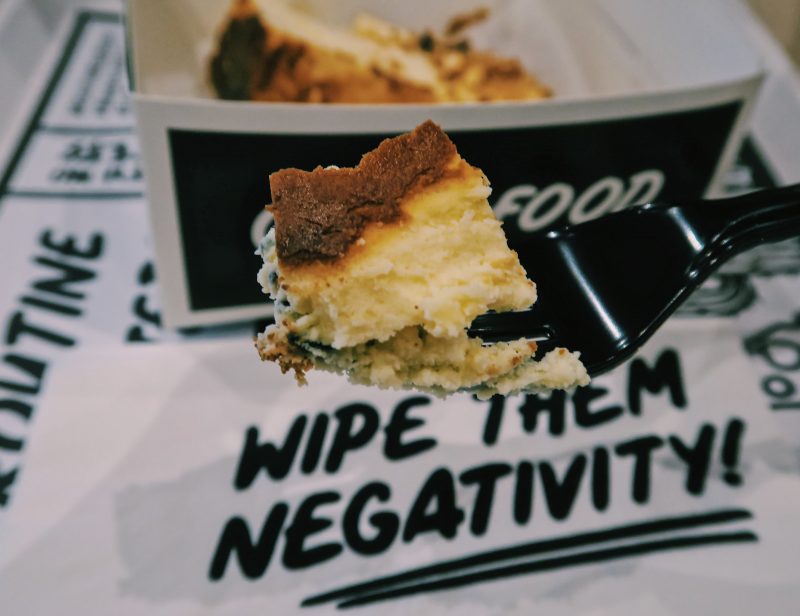 Of course, we had to try what was recommended.

The Burnt Cheesecake With Oat Crumble (RM13.90) was creamier than expected. The smooth texture and tartness of the cheesecake accompanied by the sweet and crunchy oats crumble were like a match made in heaven. What I liked about it was it that it had a less “sticky” feeling as compared to most cheesecakes I’ve had.

Serving mostly authentic Taiwanese-style breakfast foods such as traditional breakfast toasts and other small bites, at Belly Bar Molek you can find snacks that are usually sold as street foods in Taiwan.

Most people recommend their Bacon & Egg Sandwich (RM 8.90) and the Flaky Scallion Pancake (RM 4.90) – though it’s more like a burrito. If you’re walking around and looking for something to munch on, definitely go for Belly Bar Molek. They also have a small seating area if you want to dine in instead. 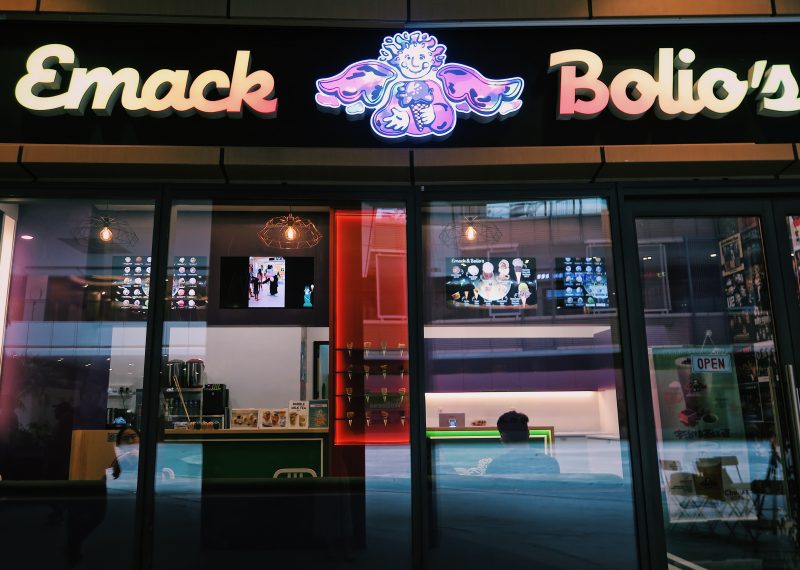 After a whole day of eating and walking, desserts are a must. We chanced upon Emack & Bolio’s as we were walking along the ground floor. Known for its extreme ice cream cones, we decided to give it a go. 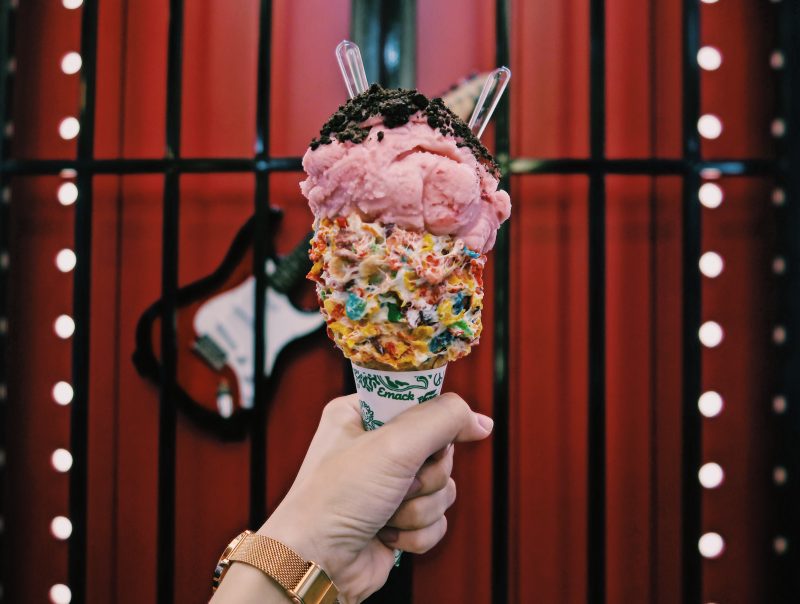 Your ice cream is entirely customisable with each scoop or cone charged separately. First, you’ll be asked to choose the flavour of your ice cream.

We chose one scoop of Raspberry Sorbet (RM 18) – the flavour does not affect the overall price. Next, you’ll need to choose your preferred cone from Sugar Cone (RM3), Chocolate Cone (RM4) or Marshmallow Cone (RM6).

Alternatively, you can choose the Cup (RM1) or Junior Cone (RM2). Among the chocolate and marshmallow cones, there’s still a separate selection such as the type of cereal you want on your cone. We suggest sharing because even the single scoop is large enough for two people. As we walked past this storefront, we expected The Ice-Cream Project to be a regular ice cream shop. However, as I stepped inside, where I expected the display of flavours there were six stand mixers. Later on, we found out that the flavours are on a menu and the one you choose will be made on the spot for you. How cool is that? We opted for the Matcha Ice Cream (RM16) that serves about two scoops in a cup. We’re not sure if it’s because it was made on the spot, but the ice cream doesn’t melt that fast at all.

Bits of matcha biscuits were added into the mixture and the ice cream itself was extremely creamy and thick. They also have other flavours such as Brownie & Cream (RM16), Rocher Fudge (RM18), and Raspberry Granola (RM16).

If you fancy a short trip without breaking the bank, crossing the Causeway is your best option. Frequent goers who’ve gotten bored of City Square or KSL mall can try visiting the new R&F mall that’s just eight minutes away from JB Sentral.

However, we recommend going on a weekday to avoid the usual jam at the customs and on the road.