6 Sake Breweries You Should Visit In Harima, Japan To Improve Your Sake Palate 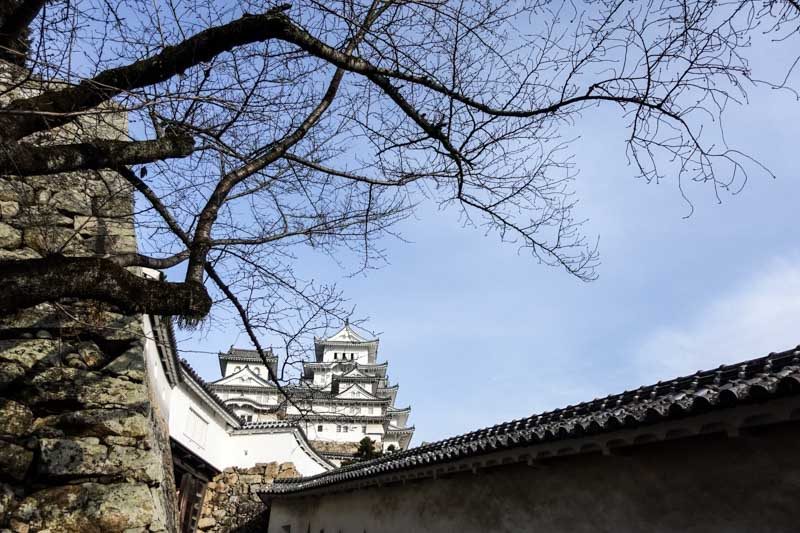 Japan is known for many things – the quirky vending machines, the glorious food, their wacky game shows and their reputation for being one of the most hospitable hosts you’ll ever meet.

It’s also the home of sake, with many sake-related shrines around the country claiming to be the original birthplace of Japanese rice wine. 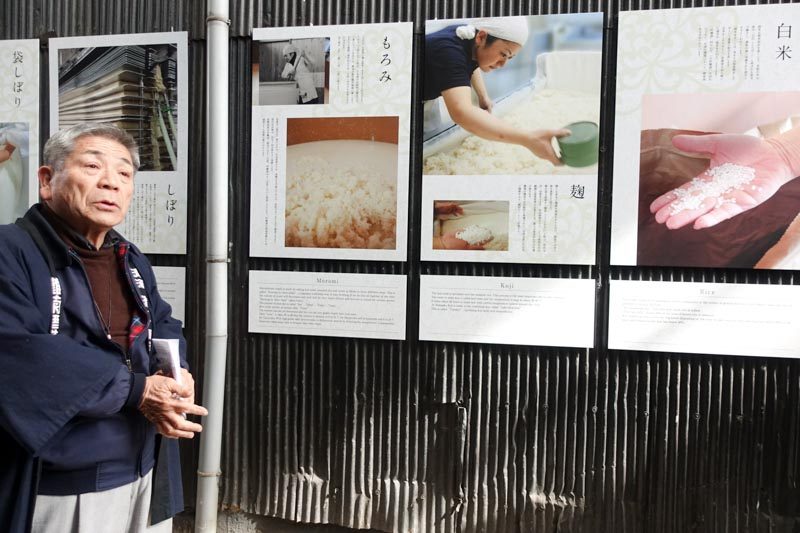 From absolute beginners to avid sake fans, Harima is one place that you should visit if you wish to improve your sake palate. Harima is a town located in the Kako District, Hyōgo Prefecture, accessible by flying in to Osaka and driving out for about one and a half hours.

It’s one of the most famous places to try some of the best sakes around, mainly due to the area’s reputation of growing Yamada Nishiki rice, a large grain variety that is optimal for brewing sake. 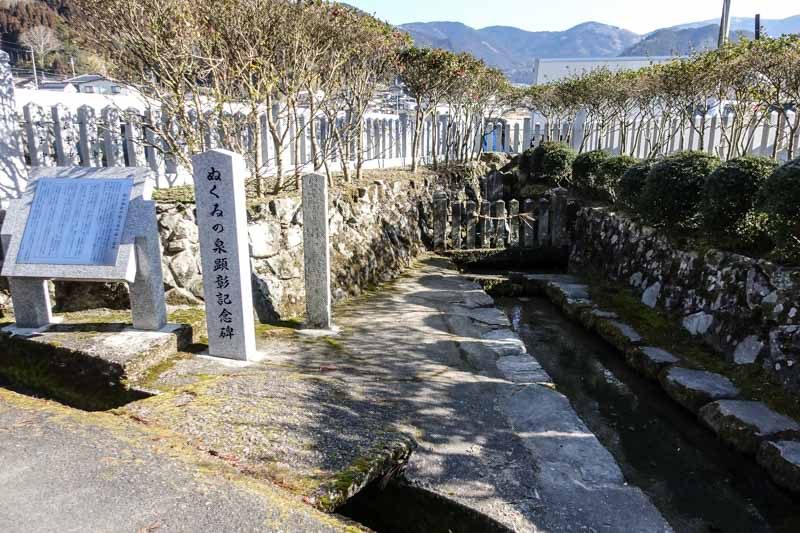 Hyōgo is also home to various spring water sources that are mineral-rich and essential for top-quality sake.

Although every brewery has its own distinct method of brewing this ancient drink, the general steps to creating sake start with washing and steam-cooking the rice. It’s then mixed with yeast and koji (rice cultivated with a mould). 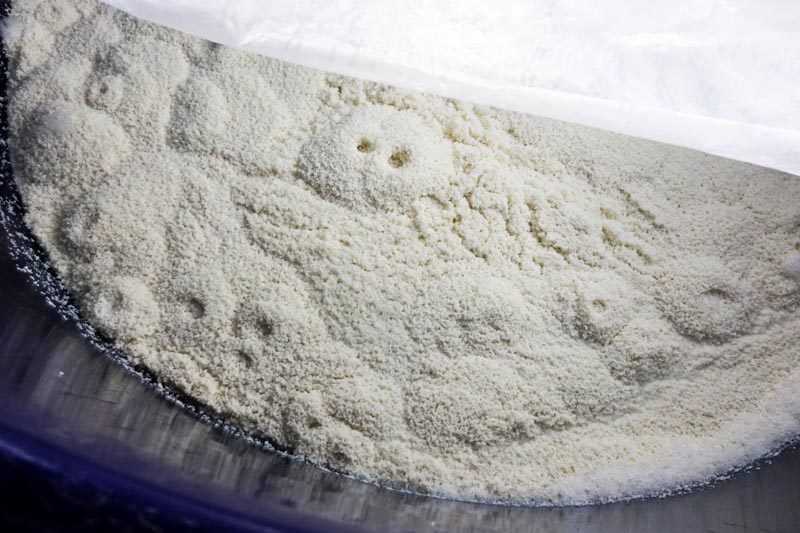 The whole mix is allowed to ferment, then more rice, koji and yeast is added in equal ratios over the next three days. This fermentation process is called shikomi. The mash (moromi) is left to sit for a period of 18 to 23 days, after which it is pressed, filtered and blended.

If you’re curious enough to venture beyond touristy Tokyo and the hotbed of Instagrammable spots of Hokkaido, here are six sake breweries in Harima where you can learn to appreciate sake’s cultural and gastronomical influence. 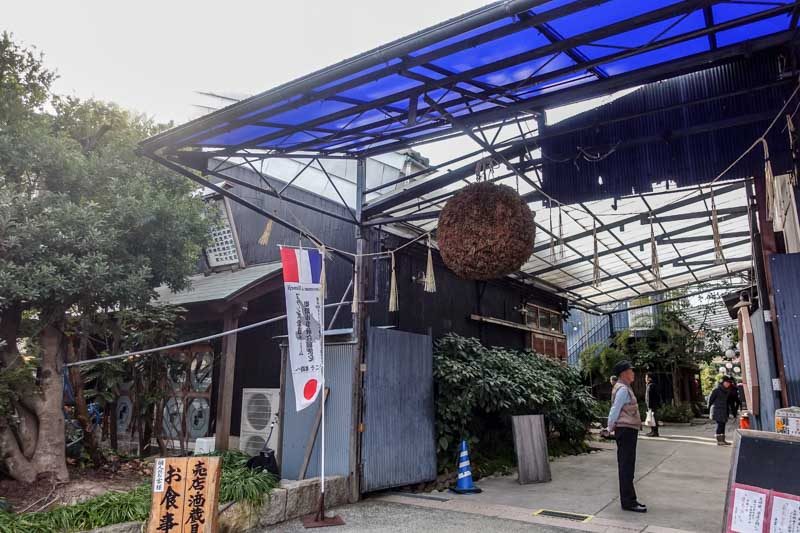 This sake brewery stands out from the rest for not only having a chief brewer who’s female, but also for housing a restaurant in the historical, reconstructed brewery.

Misa Kawaishi is the current brewery president’s third daughter and she explained to us that the brewery’s high standards are maintained thanks to their small-scale production (one-sixth the normal quantity!) which also enables them to brew sake with all five of their senses and respond to customers’ needs. Visitors can tour the brewery grounds, with a guided explanation of how sake was brewed traditionally as well as in modern times.

You’ll get to see tools that were used until the 1950s, as well as sample bottles from four of the main sake categories – including one of the best, daiginjo – and purchase a bottle or two from the brewery’s store. Don’t miss out on having a taste of local cuisine at the brewery’s restaurant, Maegura, that serves their specialty of suminabe (pots of meat and vegetables) and tofu-based dishes. 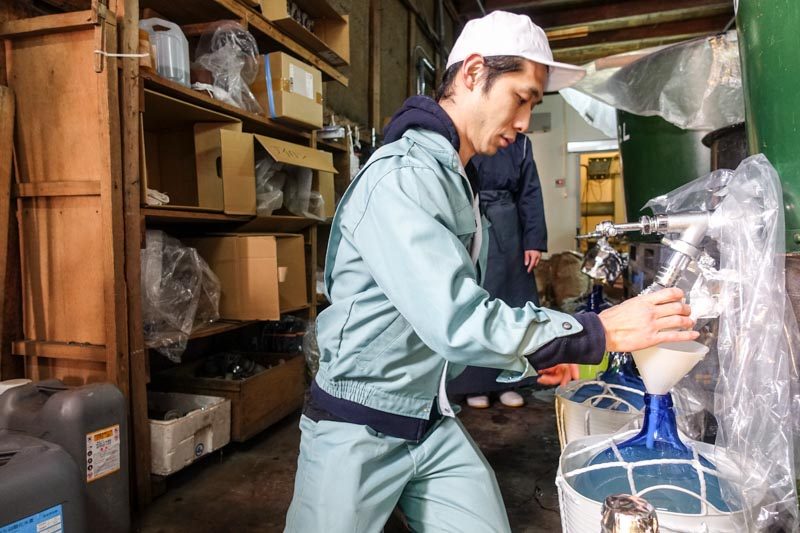 The history of this sake brewery dates back to the Edo period, in 1837. History buffs will love hearing about how the sake brewed here uses the region’s pure water that flows from the Ibo river, and is located in a former castle town of Yamazakihan.

It is the place where the great general of the Age of Provincial Wars, Kanbei Kuroda, was given a 10,000-stone vassalage by Hideyoshi Toyotomi. 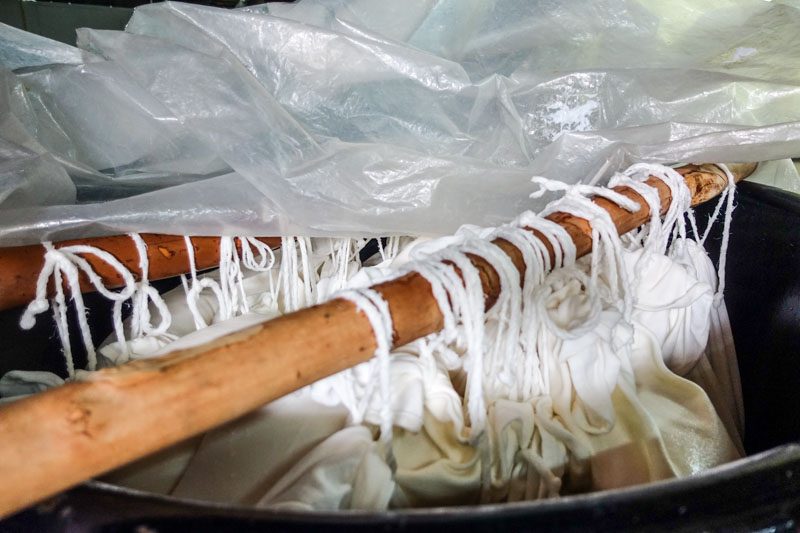 Another fun fact to note is that its warehouse is an old entryway to the remains of a mine, making it work as a natural refrigeration system that keeps at nine degrees celsius all year round. This ideal environment keeps out the sun and keeps the temperature stable, making it perfect for maturing sake.

They are also now investing more effort into long-term maturing sakes, maximising the use of nature right in the heart of their brewery. Some notable bottles are the Daiginjo Banshuikkon (crisp and aromatic) and the Junmaishu Banshuikkon (dry and mellow).

Upon arriving, senior managing director, Kumiko Maeno, greeted us with an affable nature. She started the tour by letting us know that the brewery has close to a 250-year history that dates back to the middle of the Edo period.

As the brewery is located in the Shiso area, it is in a basin that is surrounded by many mountains and a landscape that reaps a bounty of rice crops suitable for sake-making.

For their sake, they only use two types of rice – Hyōgo Prefecture’s Yumenishiki, and Yamaguchi Prefecture’s Nihonbare. They don’t use machinery in the manufacturing of their sake, allowing them to pay detailed attention to the brewer’s experience and temperature of the koji. 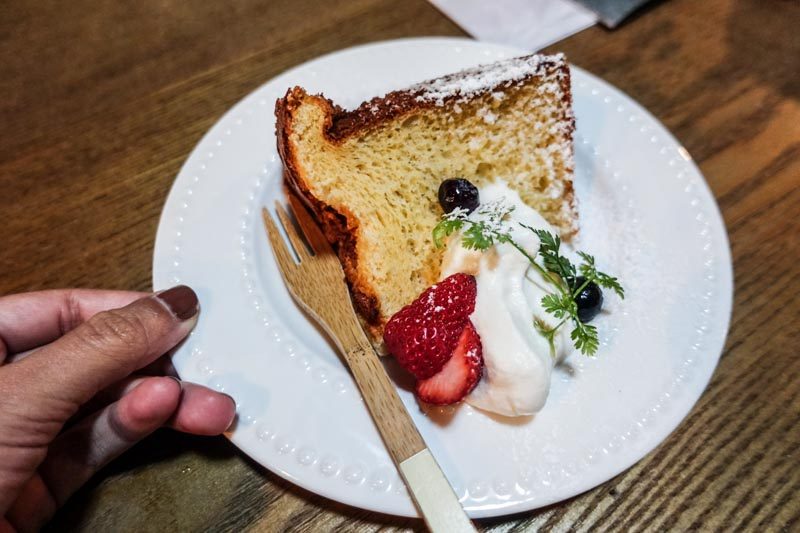 In fact, the sake kasu (lees leftover from sake production, commonly used in cooking and baking) are so popular that customers have placed orders to reserve them, proving that their ingredients are of a high quality and produce great flavour.

If you visit, be sure to check out one of their stellar bottles, the Koshu Zenjiro. It is produced in a limited quantity to commemorate their 240-year history, and is amber-aged for five years, resulting in a drink that is full-bodied and smooth. 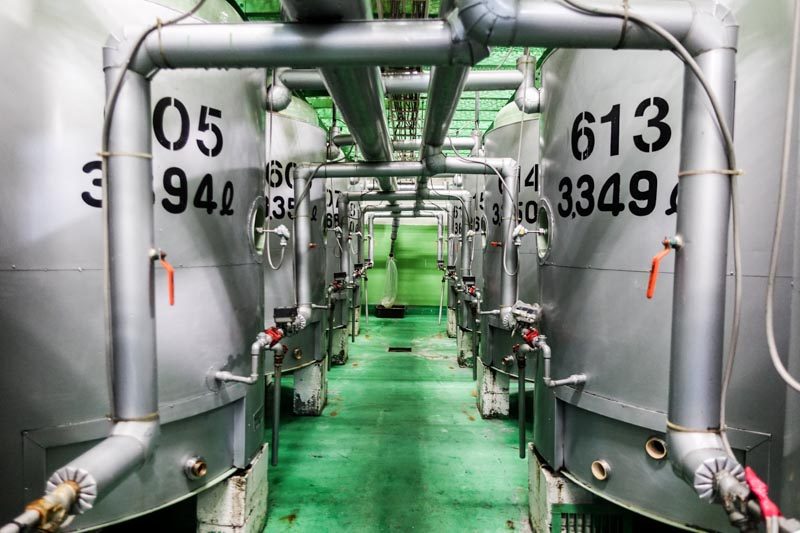 This exceptional brewery has been involved in the making of top-class sake (ginjo-style, rice brewed by low-temperature fermentation).

They started making daiginjo, rice milled to 50% or less, since 1970 and have taken meticulous efforts to learn everything about the local area’s Yamada Nishiki rice as well as about the spring water in the Banshu area. Today, they’re aiming to create some of the best daiginjo sake brews in the world. 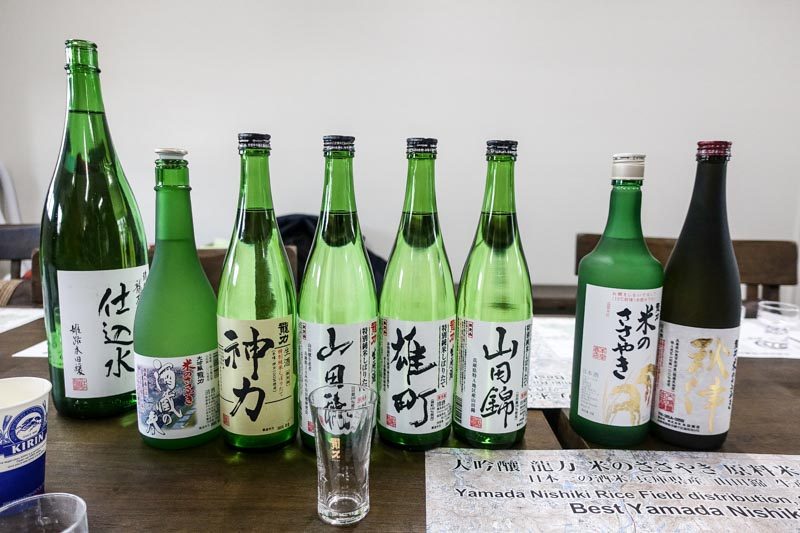 Their leading brand is Junmai Daiginjo Tatsuriki: Whispers Of Rice Akitsu, and is brewed using only the best Yamada Nishiki rice from farms that they have exclusive contracts with.

As a result, their refined skills produce a full-bodied sake that focuses on the three important qualities of a stand-out sake – aroma, substance, and aftertaste. 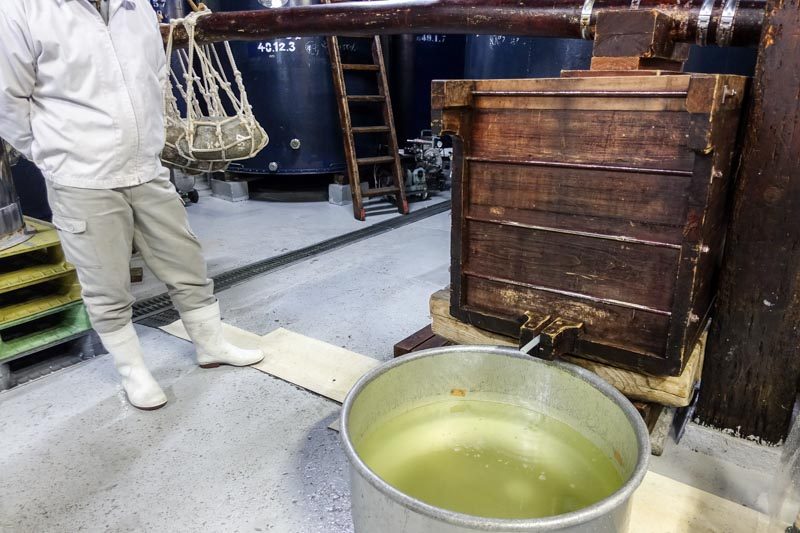 Another Edo-era brewery, this one dates back to 1835. What sets Tanaka Shuzojo apart is that they employ the Ishigake Tenbin Shibori method of pressing unrefined sake, one of the oldest methods around.

In the old days, sake was completely made sans machines, so the brewer’s skills and techniques were honed to close perfection. 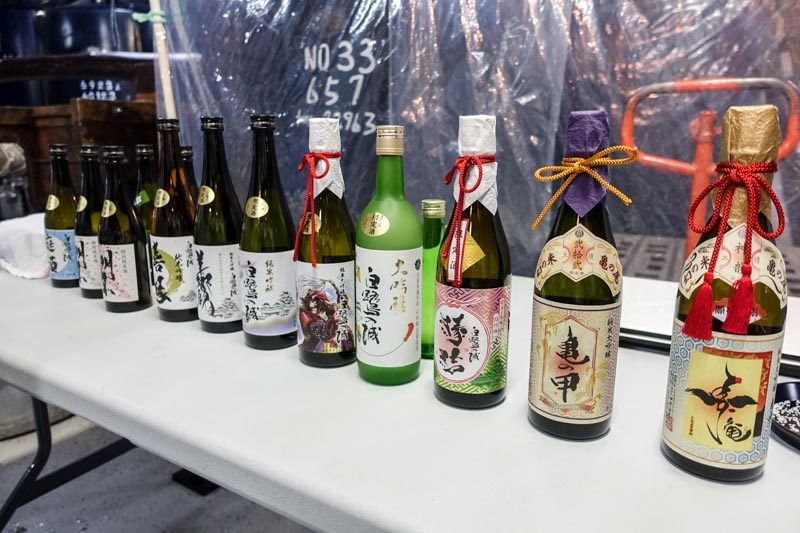 Another worthy fact to note is that the Daiginjo Shirasagi No Shiro brew has received a total of 17 gold medals in the National New Sake Review Assembly since 1988, after which they clinched the spot seven years in a row. 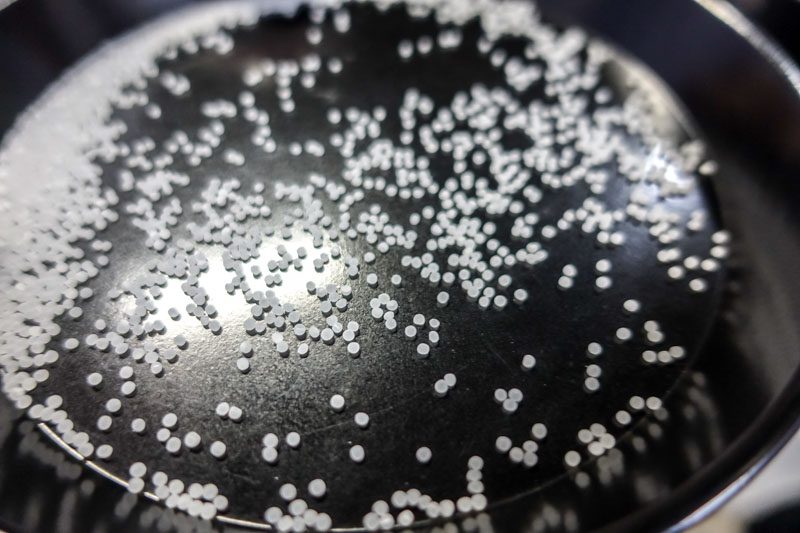 This particular sake is made from rice that has been polished down to a ratio of just eight percent, which is the lowest polishing ratio in the world!

The goal they wish to achieve with this exceptional sake brew is not for profits, but mostly for publicity to increase awareness about the great effort and skills that go into sake-making. 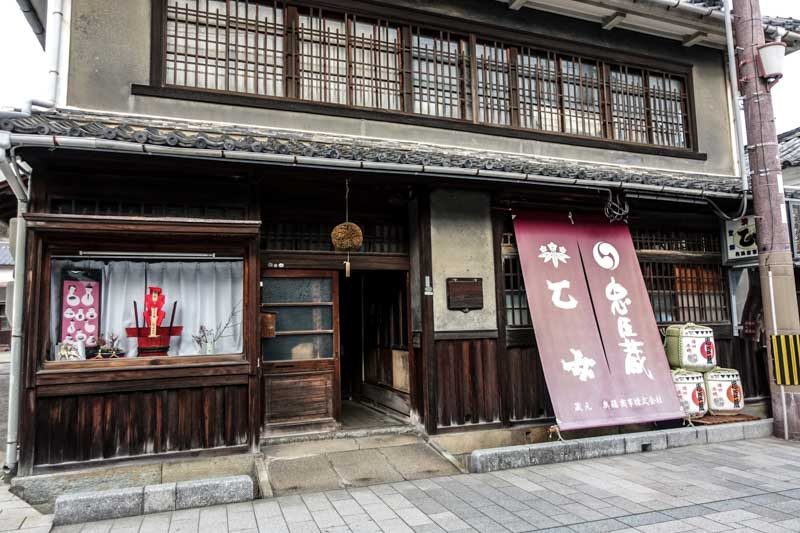 This brewery’s location is nestled in a quaint and quiet townscape of Sakoshi. The brewery has a rich family history that dates back to 1601, with the Okufuji family.

With years of tradition, they have chosen to focus on the traditional handmade process of brewing sake, from using the fresh waters of the Chikusa river, to utilising Harima rice. 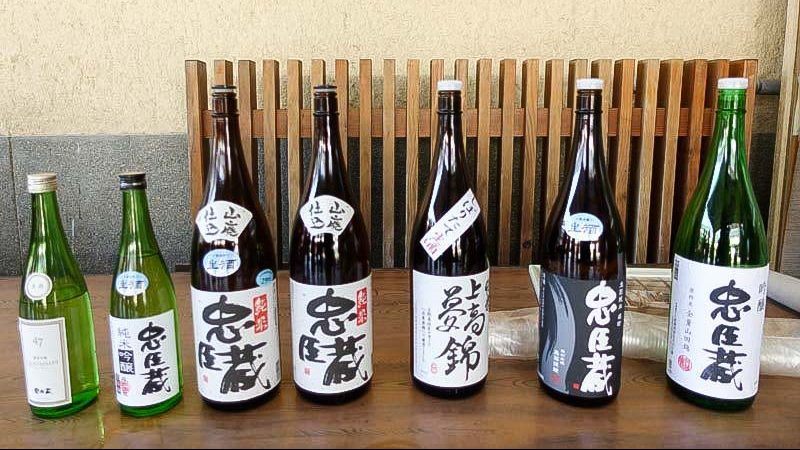 Their signature brand, Chushingura, is a high alcohol content brew that’s light and dry, complete with a robust aftertaste that’ll make you want a second (or third) round.

Best paired with seafood, the brewery’s location is prime for this pairing as the Sakoshi area is well-known for its oyster cultivation.

Sake fans will love Harima not only for its top-of-the-line offerings of Japan’s national pride, but will also deeply appreciate and learn about the history and tradition that goes into sake-making, from growing the ingredients right up to bottling.

For those who are keen on discovering this little-shared world of Harima, you’ll be delighted to stumble upon the picturesque scenery, stunning monuments, friendly locals and mouth-watering cuisine. Whatever your fancy, Harima will win you over — just like the rest of Japan has.

Previous articleEnjoy A Good Cheese Stretch With The Manhattan FISH MARKET’s All Things Cheeesy Menu Till 18 Apr
Next articleCarrara Cafe: Dig Into Super Cheesy Mashed Potatoes At This Pretty Cafe In Bukit Merah