Feeling the FOMO (fear of missing out) because all your friends have tried Shake Shack at Jewel Changi Airport and you haven’t? You’d be glad to hear that Shake Shack is shaking things up by launching their second outlet in Singapore at 89 Neil Road this 7 February 2020 at 7.30pm. 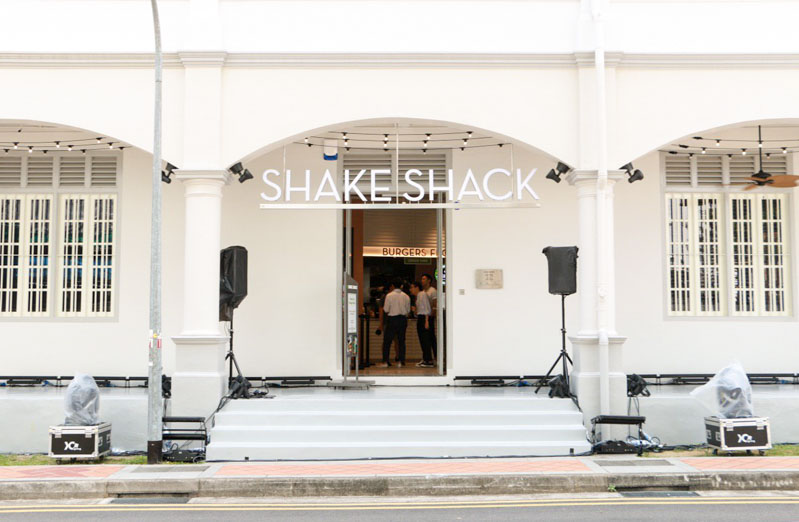 In a prominent area like Neil Road, this noteworthy historical building will definitely catch your attention. Occupying the entire first floor of the building, this Shake Shack will undoubtedly be the larger outlet of the two in Singapore. If the aesthetic logo didn’t manage to catch your eye just yet, I’m sure this massive mural on the side of the building will. It was designed by Singaporean artist Sam Lo, who also designed the other Peranakan patterns used for the store’s merchandise. In this Shake Shack, they’ve decided to go with a Peranakan theme, evident in their decor and colour palette. Despite the bolder colour palette used in Shake Shacks all around the world, this outlet is also changing things up by using a pastel colour palette to suit the theme. 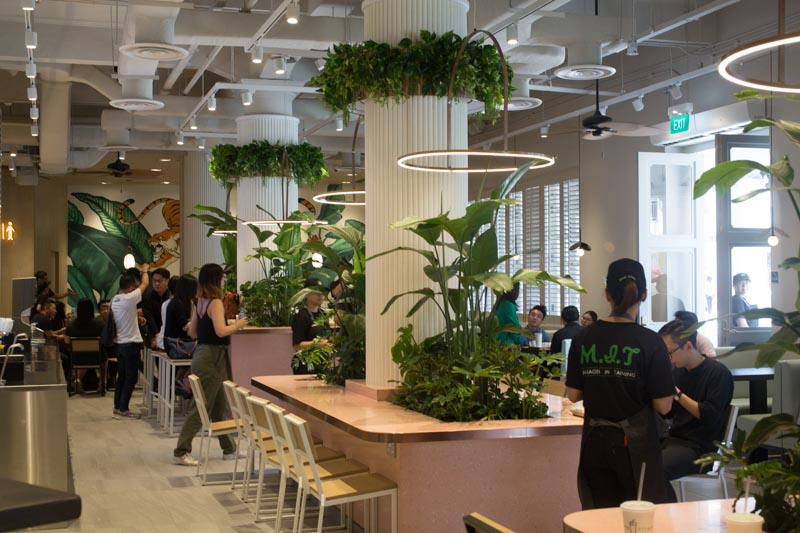 Shake Shack has managed to incorporate modern details in the design, like the rose-gold accents and pink terrazzo. Walking into the restaurant felt foreign to me—it didn’t look like a typical restaurant you’d see in Singapore. It felt classy, posh and yet relaxed at the same time. A large tiger mural was positioned at the back of the restaurant, a homage to the previous occupants of the historic building, Tiger Balm Factory. 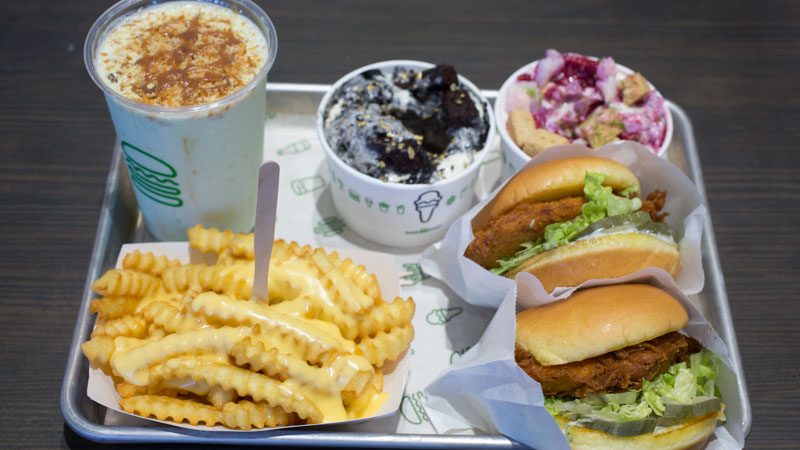 Aside from the new location, Shake Shack has also given us the pleasure of new menu items. I tried them out, so you’ll know what’s worth your calories. A favourite on the menu since 2016, the Chick’n Shack (S$9.20) is debuting in Singapore this coming 7 February 2020. Exclusive to only the Neil Road outlet from 7 – 9 February 2020, this burger will be available at Jewel Changi Airport only from 10 February 2020 onwards. 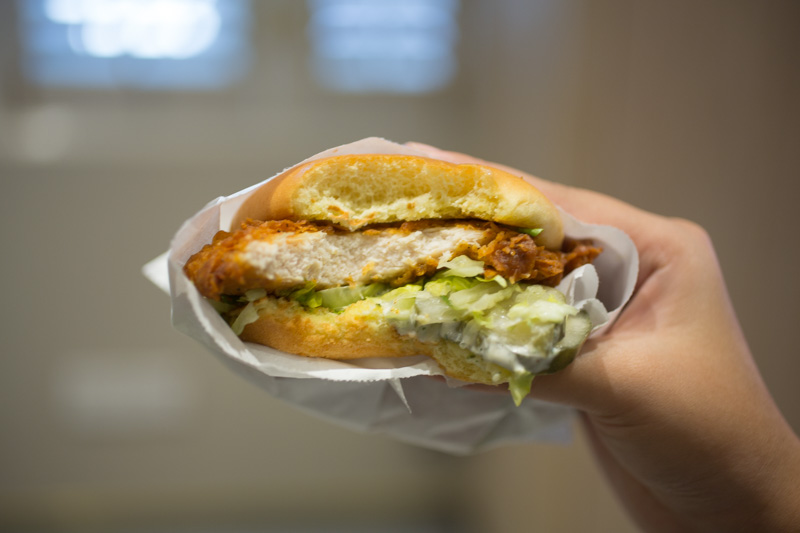 Upon sinking my teeth into this delectable burger, I was amazed. I’m not usually a fan of pickles because of its sourness, but it seemed to blend extremely well with this dish. The chicken was tender and juicy, with just the right amount of seasoning. Even though it was chicken breast, it was juicy and didn’t take much jaw-work.

The lettuce was crunchy and fresh, which created good textural contrast. Curious as to why the buns felt much softer than those at other fast-food chains, I learnt that Shake Shack uses potato rolls instead of bread. The Eye of the Tiger is a sweet and sour blend of vanilla custard mixed with lychee, raspberry and chunks of shortbread, finally topped with lime zest. Fun fact—this dish was created because the American Shake Shack team tried lychee ice blend in Singapore and decided to refine it and add it to Singapore’s Shake Shack menu! A bowl of zesty goodness, I loved that the dessert was not too sweet nor jelak. I loved the idea of shortbread incorporated into the dessert, and it added a crunch to the rather creamy texture. 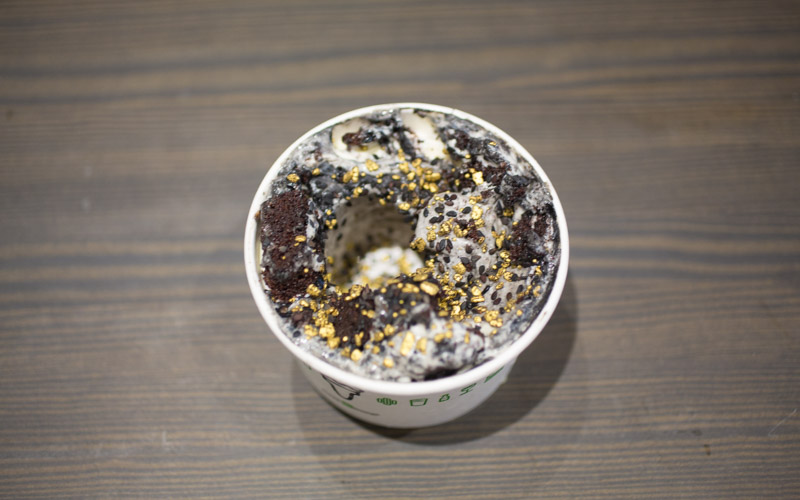 Of course, having tried this dessert, I have to give my two cents. What is the first local dessert that comes to mind when you think of sesame? Tang Yuan. When I ate this for the first time, the sesame seeds reminded me so much of the grainy texture in tang yuan filling. The sesame flavour came on a little strong for me, but I have to say, it really grew on me. The brownies were not too sweet either, which was perfect in my opinion.

If you want to try out the new items on the menu, head down to 89 Neil Road on 7 February to get a taste. From my experience at the new outlet, I know I’ll be making a return visit.