Exciting news is here as Sushiro, Japan’s largest kaiten sushi chain has finally reached Singapore! I don’t need to tell you how much we love our Japanese food, be it sashimi, sushi, ebi tendon, we’re there and always ready to feast.

Besides being one of the largest chains in Japan, Sushiro also boasts over 100 varieties of sushi and side dishes (I know, be still my beating heart). That means ordering sushi to your heart’s delight, which you can agree is every foodie’s dream. 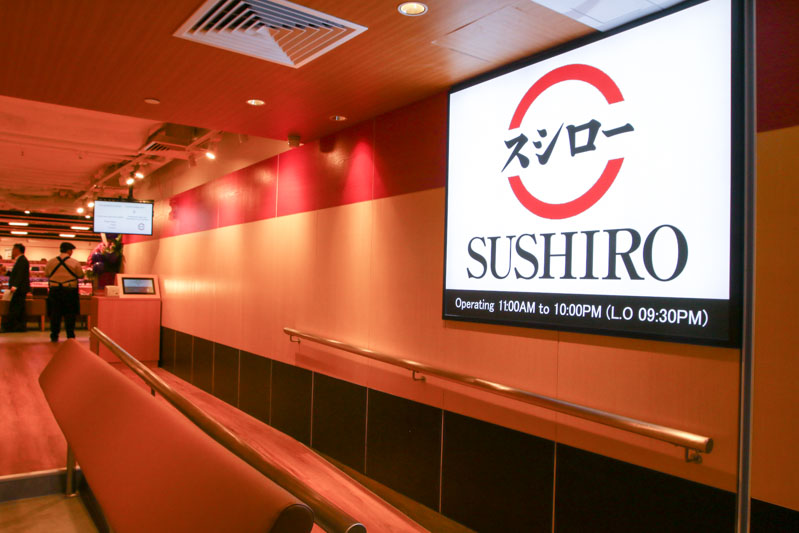 Sushiro is conveniently located in Tiong Bahru Plaza which is easily accessible by the MRT — already a brownie point for me. This 162-seater is spacious and equipped with an extensive conveyor belt running through the entire restaurant. Thus far, I was impressed by the scale and efficiency that Sushiro presented. Another thing about Sushiro that made it special was the fact that they had two conveyor belts. The belt at the bottom is your normal sushi belt where you can snag whatever you like as they come round. The belt on the top is more personalised. If you can’t seem to find your favourite items, simply order your items via the tablet and have them delivered to you.

At Sushiro, you don’t have to worry about the freshness of your sushi. Each plate has an IC chip attached and is programmed to automatically remove a sushi plate when it travels 350 metres on the lane.

Plus, this chip also tracks the preferences of customers and will prepare dishes on demand, thereby reducing food waste.

With all that technology, I was ready to see if their sushi lives up to its hype. I began with a classic Tuna Sushi (S$2.20 for two pieces), as this was also one of their bestsellers so I was especially excited to try this. 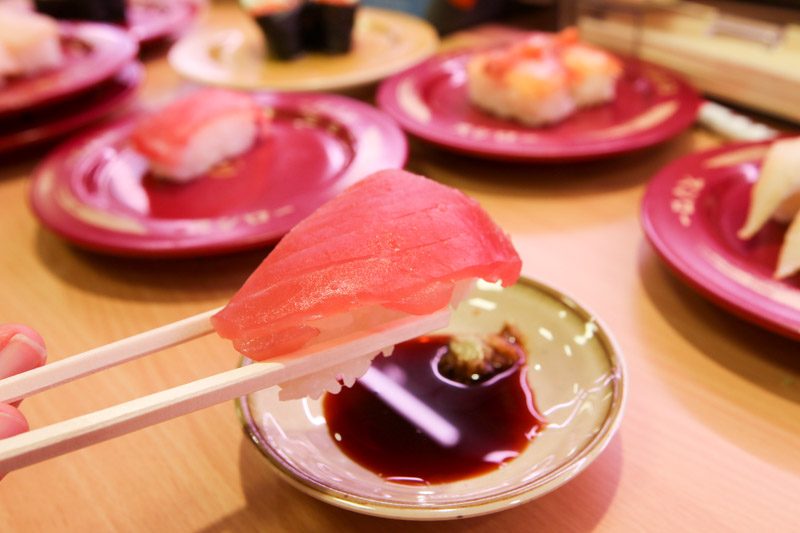 You can’t go wrong with tuna nigiri. While the fish was fresh and sweet, I did find the slice just a little thin. Nevertheless, it was still pretty tasty. Perhaps one of the most tantalising selections you can find at Sushiro is their Fatty Tuna Sushi. This delectable nigiri is going at only S$4.80, which is a pretty good deal if you know the usual price at other Japanese restaurants.

While the tuna had glistening layers of fat, it did not have that rich melt-in-your-mouth feel I was expecting. However, at its price point, I’ll take it. 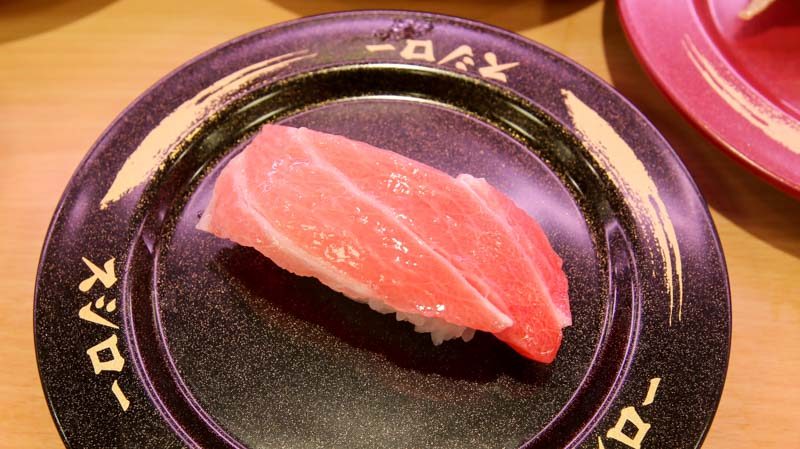 If you are willing to spare a little more change, I would recommend the Fatty Tuna priced at S$4.80. While this is the same cut of tuna, this otoro is from the Atlantic bluefin tuna which is fattier and supposedly tastes much better.

True enough, this made a more gratifying mouthful. An indulgent little parcel that would make any day a little better. If you are a true sushi fanatic, then the highly coveted uni has to be on your must-try list. I am quite the uni-lover myself so you can imagine the anticipation leading up to this plate.

While Sushiro did not skimp on their portions, I found the uni to have slight traces of an ammonia-like flavour. It was a little bit of a let-down, so I suggest perhaps giving this a miss. Frozen uni is barely comparable to air-flown chilled ones. 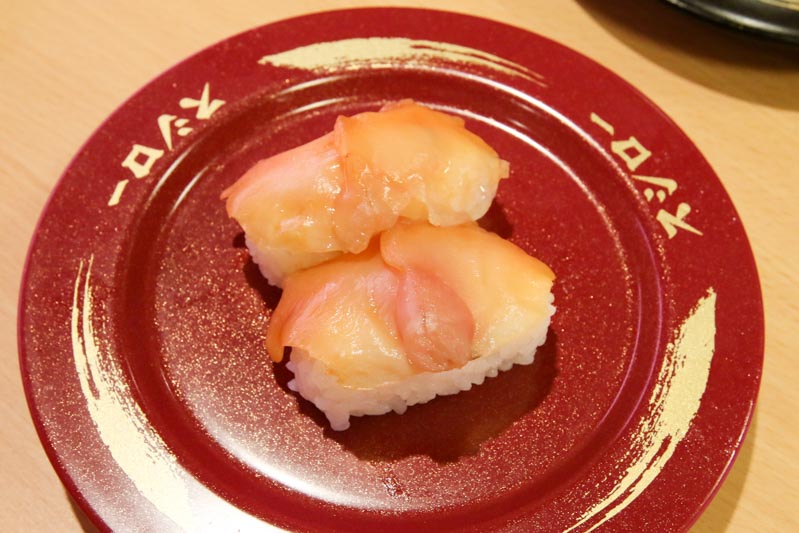 Next on my list was the Ark Shell Sushi (S$2.20 for two pieces). It’s not usually my go-to sushi but I was pleasantly surprised by this one. 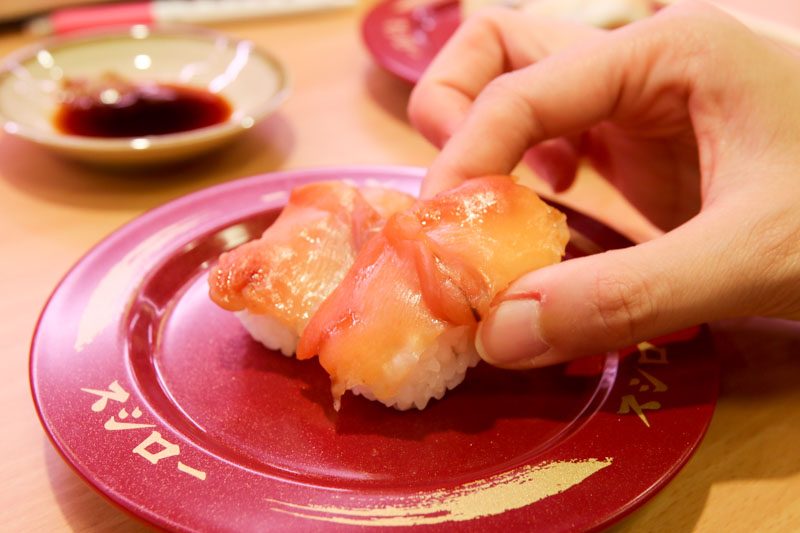 The ark shell was sweet and had that delightful bite that ark shell is known for. You won’t find rubbery clams here. 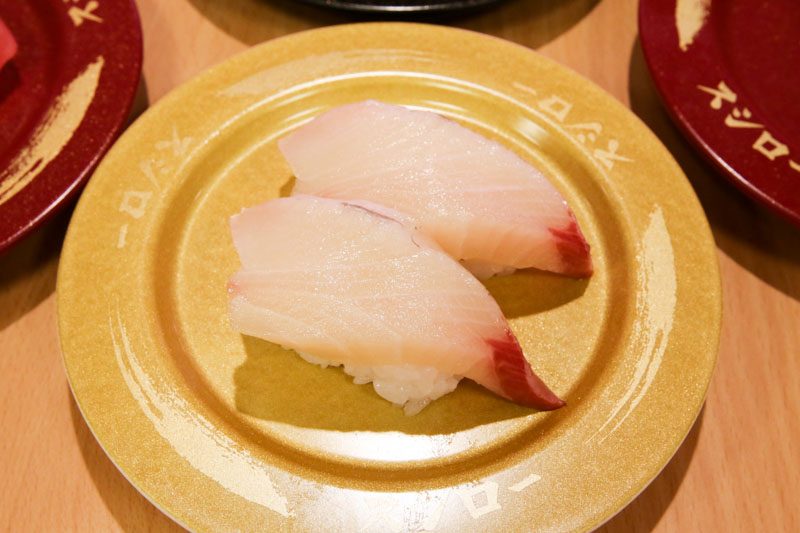 Another popular plate at Sushiro was the Yellowtail Sushi (S$3.20 for two pieces) or hamachi sushi. If you know your stuff, you’ll know that hamachi is known for being a buttery and oily fish. 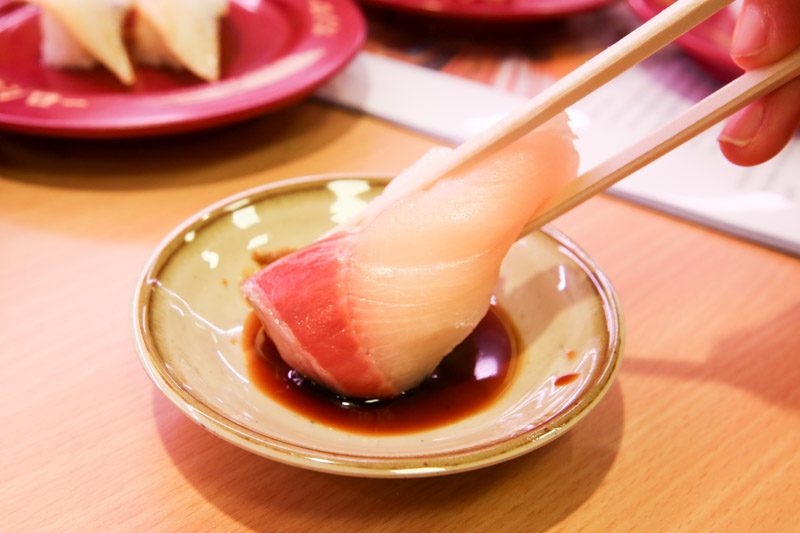 The hamachi was smooth and rich enough that you would reach for a second piece.

With all the varieties that Sushiro offers, I went to town with all the options available. Here are some of my selections that you shouldn’t miss on your trip to Sushiro. 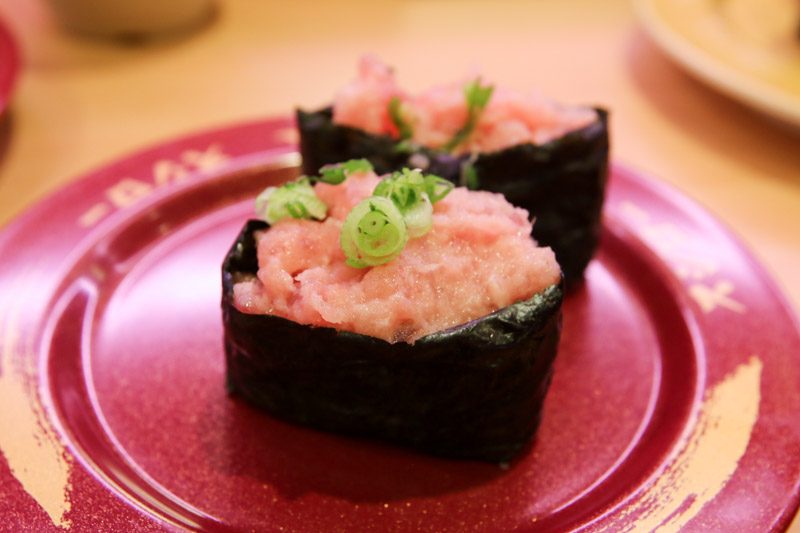 The Tuna with Green Onion (S$2.20 for two pieces) or negitoro features chopped fatty tuna sprinkled with spring onion. This is the poor man’s otoro sushi if you will.

A winning combination of fatty tuna and spring onion is always welcome and one of the reasons that make eating sushi so satisfying. 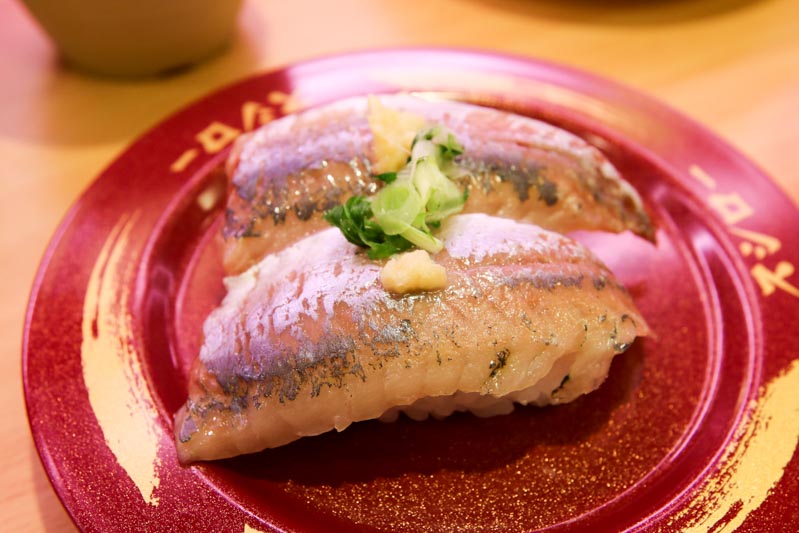 Garnished with a smidge of minced ginger and spring onions, try this and this might be your new favourite. The Engawa (S$2.2o for 2 pieces) is another sushi that is essential in your arsenal. The milky-white sliver is from the dorsal fin of the flounder fish and has an almost-crunchy texture. This is might be a little weird for those who are having this for the first time but trust me you won’t regret this.

For Sushiro, they serve theirs with a brusquely cut shiso leaf for that added burst of freshness. The milky-white fish was rich and had that unmistakable chewiness. A little fun fact, the dorsal fin is sometimes just as prized as otoro, so keep a lookout for it whenever you go to a sushi restaurant. 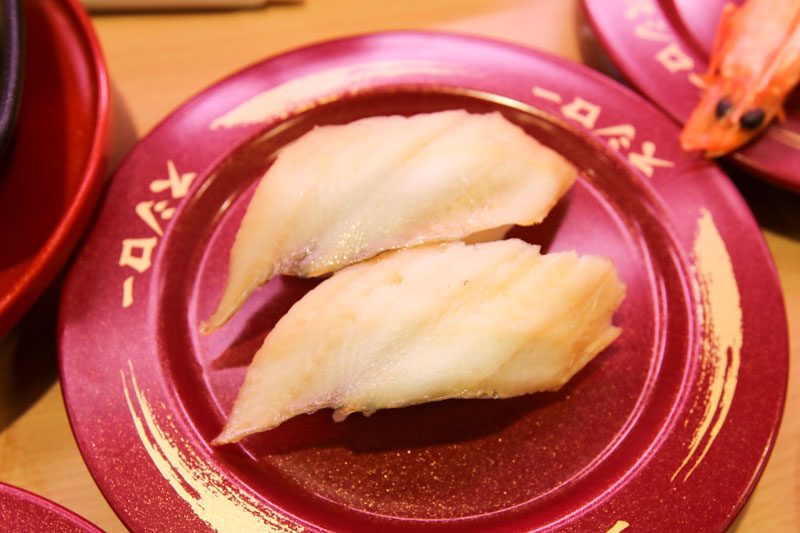 Now if you prefer more of the cooked stuff, I would suggest trying Boiled Conger Eel (S$2.20) or anago. Not to be mistaken with unagi, this is its saltwater cousin. Anago is a lot lighter and softer than unagi. Ever since tried it, I’m a convert. 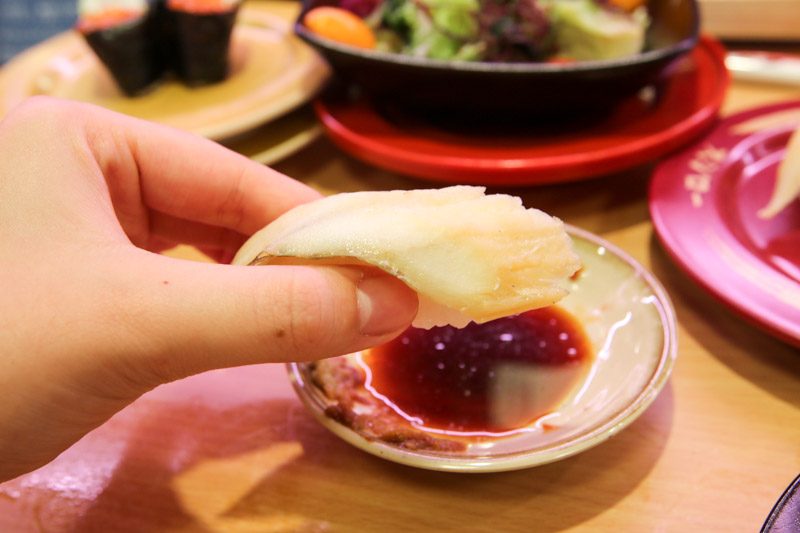 This conger eel might look a little anaemic as compared to its grilled cousin but this was wonderfully tender and flavourful. There is also the Premium Grill Conger Eel (S$3.20) for something with a little more punch. 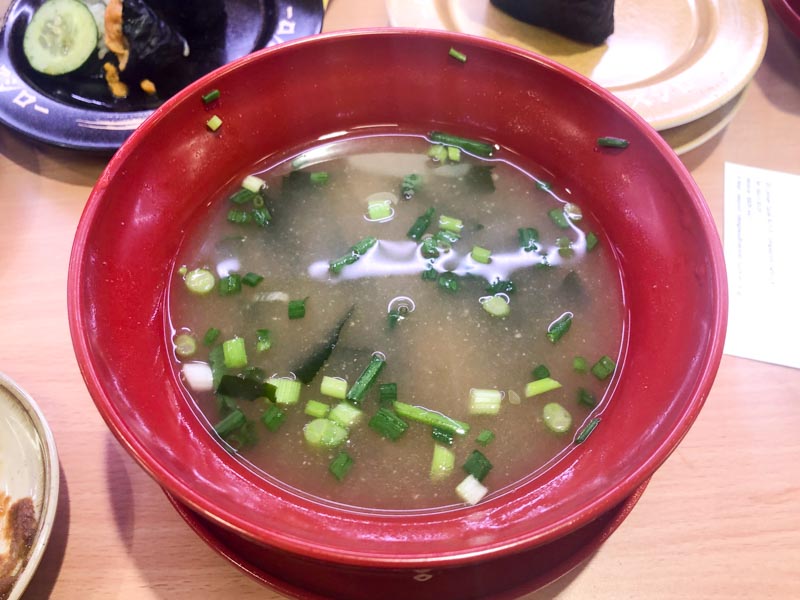 After a rather heavy sushi meal, I’d usually like to end the meal with some miso soup. I ordered Sushiro’s Miso Soup with Clam (S$2.50) from their ala carte menu. 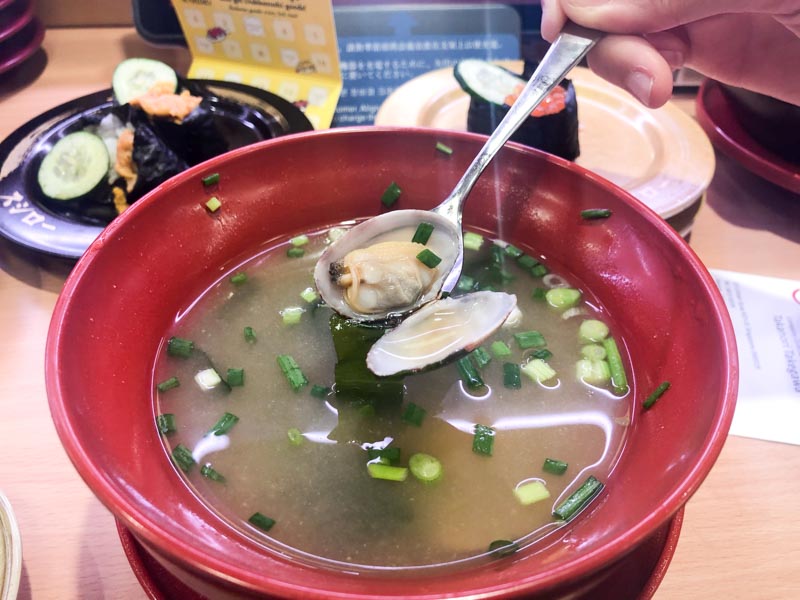 This was a generous portion of miso soup, not to mention the clams were sweet, fat and juicy. This bowl was value-for-money.

Japanese Restaurants are dime a dozen in Singapore, but only a few are worth your time. Given the quality and price of the fish, Sushiro certainly has my vote.

While their special opening items were not as satisfying as I had hoped, the Singaporean in me got quite a thrill from the price alone. If you are planning to make a trip, besides ordering the items on offer, I do suggest trying more of what Sushiro has to offer. Either way, you won’t be disappointed.