I caught wind of a stall in Yishun Park Hawker Centre when I was mindlessly scrolling through my Facebook newsfeed. Next thing I knew, I felt compelled to visit, based on its novelty as well as by recommendations of a friend. 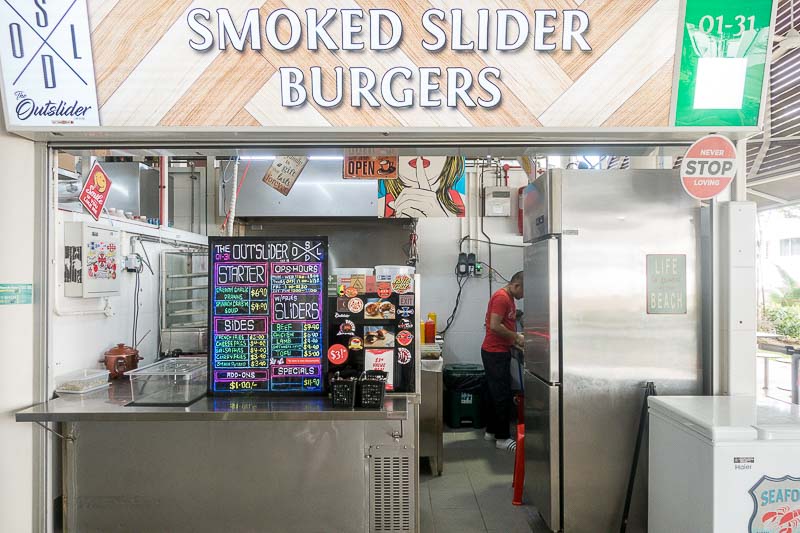 The Outslider serves very kind-on-your-wallet mantou sliders along with a small selection of sides. It’s run by Chef Andri who recently came back from a work stint abroad. He wasn’t sure what returning home would hold for him, but he took an opportunity by its reigns and set up shop in Yishun.

The menu is lean and admittedly limited, but where it lacks in quantity, it will knock your socks off in quality. 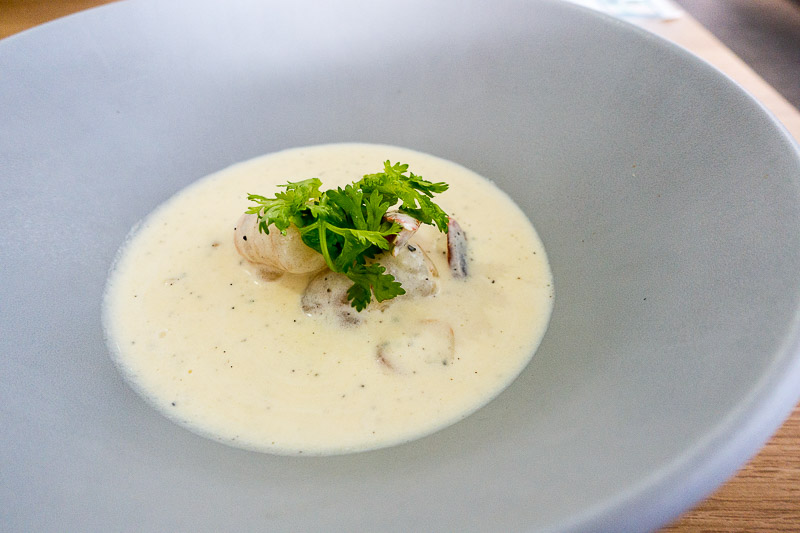 First impressions of the Creamy Garlic Prawns (S$6.90) was underwhelming, most likely due to its humble presentation. However, on the first scoop, the aroma of the garlic was the first note that hit me. You’ll be glad to know that the prawns used are fresh, not frozen. But that’s not the best part; the creamy soup had a powerful garlicky tang and left a peppery note that made me wish the serving was twice as much. 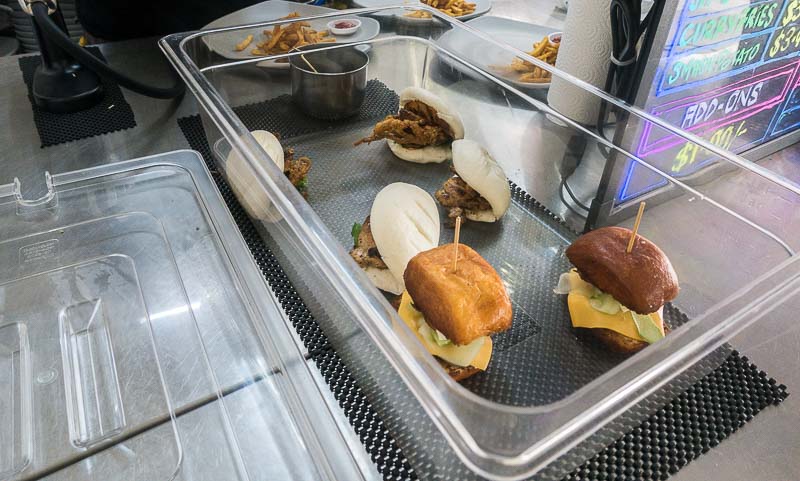 What’s special about the sliders here isn’t limited to the use of mantou buns. The sliders are smoked once they’re assembled, they’re placed in a container and covered before a portable smoker with a nozzle is inserted into the container for a deeper taste and smell. 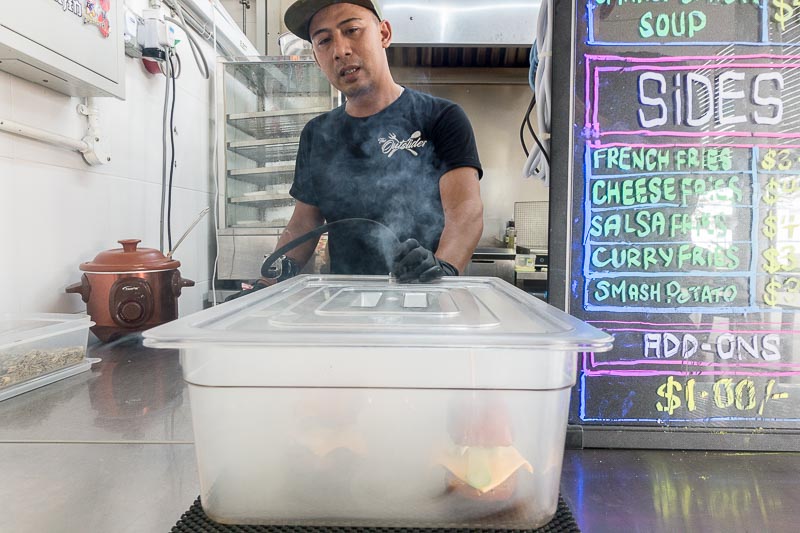 The wood chips for the day were hickory, so the woodiness was deep and intense, almost musky. The smoking process wasn’t very long — about five minutes max. 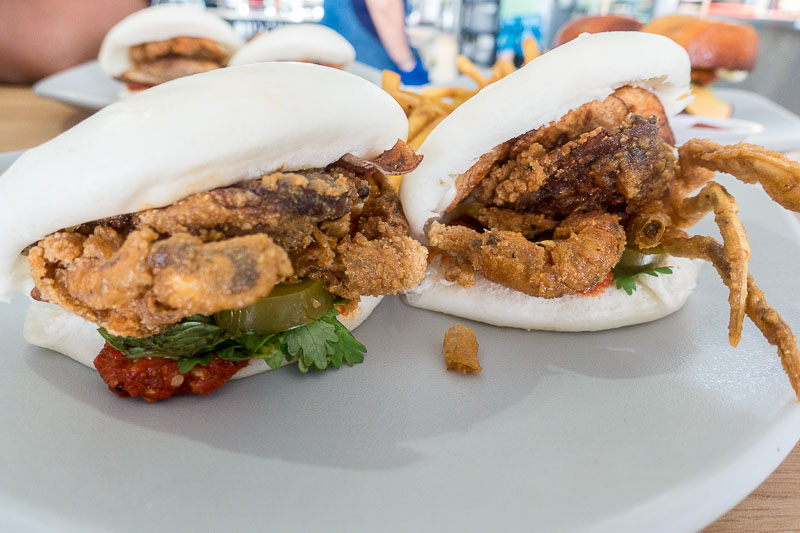 The first bite we took was from the Soft Shell Crab Sliders (S$9.90). My initial impression of the cushion-soft mantou buns, which cradled the crisp whole soft shell crab, was an absolute delight. Not only was the textural disparity welcoming, but the homemade chilli sauce was savoury and rich.

It wasn’t spicy per se, but brought to the table sufficient flavour to marry with the soft shell crabs that rendered them addictive! 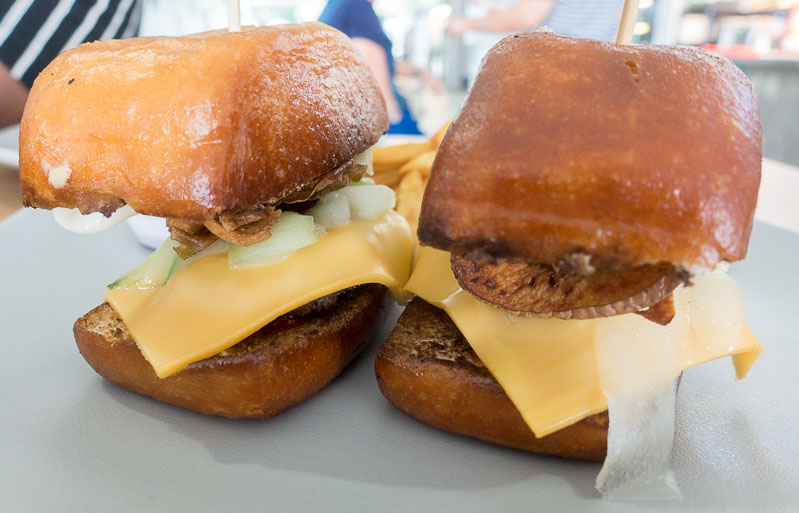 Fried mantou buns were used for the Lamb Sliders (S$9.90). From mere visuals, it’s hard to see where the lamb was nestled in, but one hearty bite and I was met with a succulent and tender slice of lamb. There was a nice touch of sweetness from the buns and mild gameyness from the lamb, making this slider an unexpectedly ideal union. The slice of cheese was the bridge that linked the contrasting flavours together, and also provided just that extra touch of creaminess to this delicious slider. 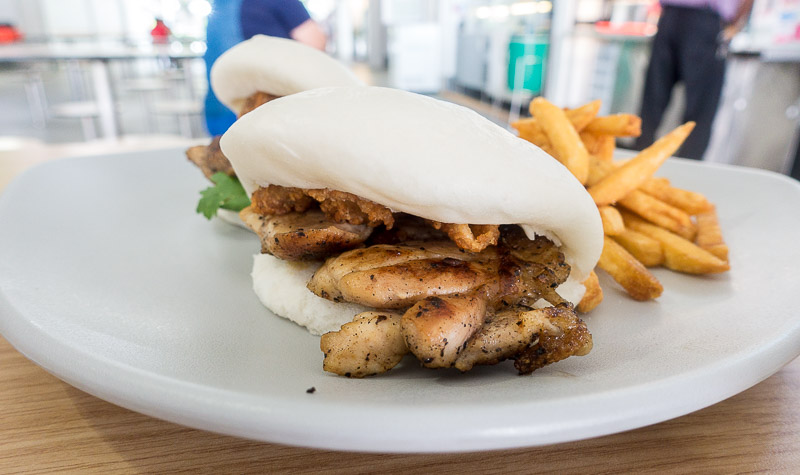 The Chicken Sliders (S$6.90) are the cheapest of all the meat sliders, but in my opinion, also the least exciting. Don’t get me wrong, they weren’t bad, just not as tantalising as the others I’ve tried.

It lacked any outstanding seasoning, and against the steamed mantou, it fell rather flat.

Despite the inconvenience of getting to Yishun Park Hawker Centre (for me as a West resident), if I’m ever in the ‘hood again, I wouldn’t mind swinging by here again. The soup was really outstanding, together with the Lamb Sliders, which is what I would personally recommend.

The location and the size of the sliders may be humble, but their flavours will blow you away!