The year-end holidays are just around the corner; maybe you should get away somewhere. A couple of clicks on Google and all the searches return trips that break the bank. Maybe you are destined to spend your holiday break in Singapore and suffer through the misery of everyone else sharing their vacation snaps on Facebook/Instagram/Snapchat, etc. On hindsight maybe you should have made travel plans much earlier, or is there any hope left?

With costs rising, airline managers are hard pressed to deliver profits to their stakeholders. At the same time with increased competition in the region, airlines are also pricing their fares aggressively. So don’t expect uber dirt-cheap fares but at the same time do avoid being the fool who paid the highest price for your flight.

I’ve worked in the airline industry for a couple years and learnt a couple of tricks that I’ll be sharing today. Here are several tips to getting cheap airline flights out of Singapore (or pretty much anywhere else). 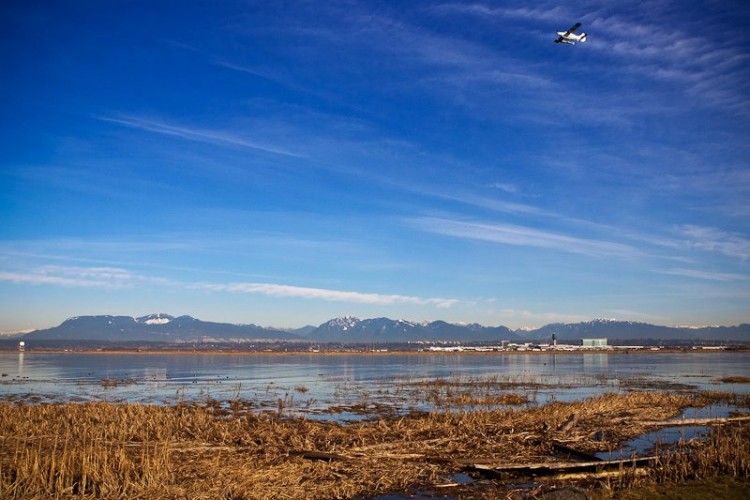 If it’s just a spur of the moment, you will still be able to grab pretty attractive fares from about 8 weeks away. If you plan to jet off during a lull period (before and during school examination periods is a good example; Singapore exams happen around April/May and Steptember/October), just hold off and wait for airline promotions- they’ll be coming soon.

Planes are rarely filled to maximum capacity during these periods and airlines are keen to attract more seats by offering cheap fare promotions, so you can be sure to get a good deal. Further proving the 8 week rule, Economist Makoto Watanabe has even created a statistical formula that calculates the average best timing to purchase a ticket: 8 weeks before your flight.

For the more popular Asian destinations like Bangkok, Taipei and Hong Kong however, during the peak travel periods of long weekends and school holidays, you’ll want to make your booking at least 12 weeks in advance for the best rate. So if you plan to head to any of these places during the year-end holidays, be prepared to splurge. Wait till you see the hotel room rates!

2. Be flexible with your flight dates 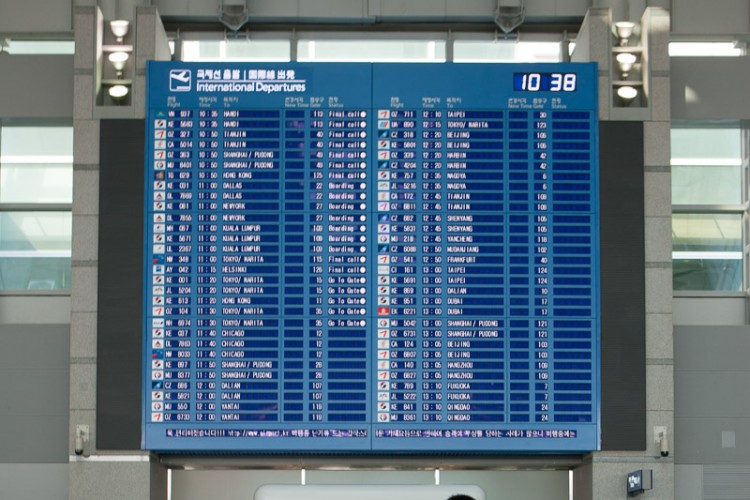 The key to getting cheap flights is being flexible with your travel dates and times. The difference from traveling a day (or even a few hours) earlier or later can mean huge savings on your piggy bank. The day of week does matter as well. In an average week, Tuesdays, Wednesdays, and Saturdays tend to be the cheaper flight days, while mid day flight timings like 2-6pm will also be cheaper.

Usually a combination of weekday and off-timing will give the cheapest rate. Most airline booking sites display a range of timings, so plan your off-day around the rates instead of the other way round.

Bear in mind that the most convenient time to travel for you is probably the same for the other 179 passengers on the aircraft (An Airbus A320 has the capacity for 180 passengers). Most people relish the fact that they can get away for a weekend without utilizing a single day of their annual leave allowance. So don’t expect the airline to offer cheap airfares for flights during long weekends.

Admit it. You just typed “Cheap Flights to Timbuktu” in Google. Searching online for cheap flights is an art. There are sleuths/gurus around who regularly comb the net for cheap airfares after work and it’s a hobby to them! Airfare search engines are awesome but some of these sites have incentives from their airline partners to feature airfares which aren’t necessarily the cheapest.

Here are some airfare search engines that can still be pretty useful:

Use the airline’s own website when searching for airfares as well. Quite often you will find exclusive fares there which aren’t shared with these travel search engines. Another tip is to compare rates for one and two passengers, some airlines offer special fares for a pair of travelers.

If possible, avoid traditional travel agencies. No doubt they make your life easier when planning complex travel itineraries but that doesn’t come cheap. Airlines typically offer cheap airfares to travel agencies to retail, rarely do the travel agencies pass the cost savings onto the consumer.

Related Guide: Must Eat Foods When You Visit Jakarta, Indonesia

4. Don’t fly a direct route to your destination

Of course, your destination matters as well and the popular destinations will never be cheap during the peak periods.

If everyone is heading to Hong Kong during the year-end holidays, common sense will tell you flights are going to be more expensive than usual. One example is to perhaps fly to Shenzhen instead, then use the ferry/bus to continue on to Hong Kong. A slightly longer journey but it will definitely be wallet friendly.

Although the direct flight route is the fastest, it isn’t necessarily the cheapest. Routing your journey through another airline’s hub for a transit might shave off a couple of hundreds from your credit card bill.

I provided a first-hand example below travelling from Singapore (SIN) to Los Angeles (LAX). It’s S$1135 through the Malaysia Airlines hub, but operated by its partners like Silkair and Japan Airlines (2 Stop) vs S$1725 on Singapore Airlines (1 Stop). That is almost S$600 worth of savings. 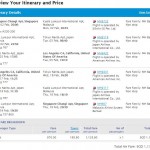 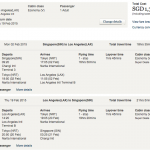 5. Compare between airlines and their seat class 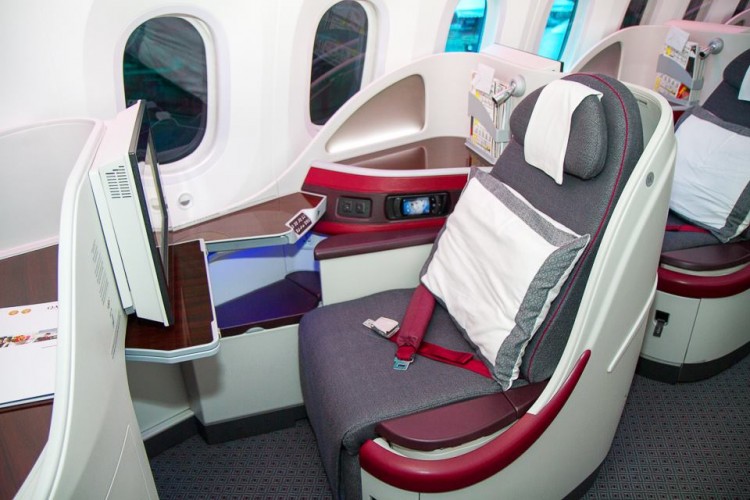 Obviously, different airlines will have different rates, but it might be more worth it for some people to fly business class in a more casual airline than economy in a more prestigious airline.

There’s no harm searching for Business Class airfares- You will be surprised to find some gems as well. For example, Singapore (SIN) to Frankfurt (FRA) via Delhi (DEL) on Air India’s Business Class costs S$1850. A direct flight on Singapore Airlines in Economy Class will set you back around S$2200. Which one would you choose? 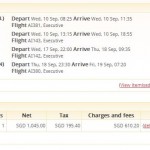 In addition, it’s no surprise now that Malaysia Airline tickets are dirt cheap due to all the calamities they have gone through. Some of their tickets are as cheap as budget air and definitely worth a buy. You get ample space in the cabin as well! You’re probably fearful about crashing (again), but if you look at it in a statistical and rational manner, even with the two incidents in 2014 it’s still historically less likely to crash in a MH plane than when driving your car.

There’s nothing wrong about “liking” airlines on Facebook or “following” airlines on Twitter. Airlines sometimes release exclusive airfares to their loyal fans via social media sites. Like and follow as many airlines as possible to ensure you don’t miss out.

Flash promotions are also frequently sent out via emails, so don’t forget to sign up for various airlines’ mailing lists to never miss a good travel deal. Scoot airlines for example has Morning Glory Tuesdays, Tigerair has Flash Thursdays while Jetstar has Friday Frenzy promotions for really cheap flights. 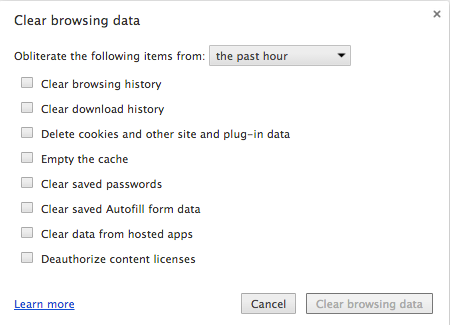 There are a couple reasons you’ll want to clear your browser cache and cookies between searches a few days apart. Firstly, sometimes your old cache data will display outdated prices from an earlier time and you might miss out on new airline deals. This is because the cache data loads old information instead of re-downloading new data so as to perform faster when browsing.

A few airline booking sites and travel sites also track the number of times you have visited their website via your cache/cookies, and sometimes automatically increase their prices a little to rush you into impulse buying. When a customer sees prices going up, naturally they will tend to panic and just buy the ticket; a popular online sales strategy.

Clear your internet browser cache and cookies with every new search so that the airline sites will detect you as a first-time visitor and offer the cheapest rate during the period.

Related Guide: Must Eat Foods When You Visit Seoul, Korea

The best months to travel would be around April-May and September-October as these are the lull periods. Follow our tips and book in advance for these months and you’ll be flying more frequently at affordable rates.

Any other cheap airline flight tips? Do leave them in the comments for other readers to know too!