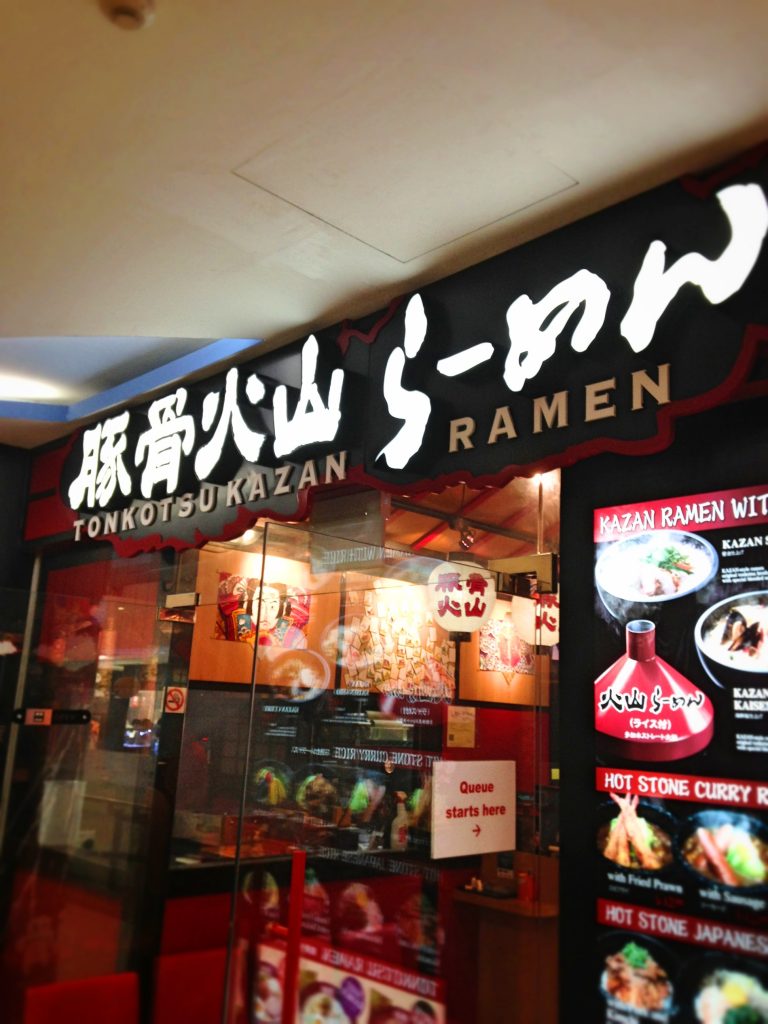 I first saw Tonkotsu Kazan ramen featured on Danielfooddiary, and was quite intrigued by the smoking presentation of the ramen.

The unique volcano concept for ramen was inspired by its founder, amazed to see Singaporeans eating smoking hot steam boat in the sweltering heat of our little country.

Thus Tonkotsu Kazan ramen was born with its signature red funnel top, piping steam out like a volcano.

I was invited by Ariel, the business development manager of Tonkotsu Ramen, to sample the latest branch at Liang Court. 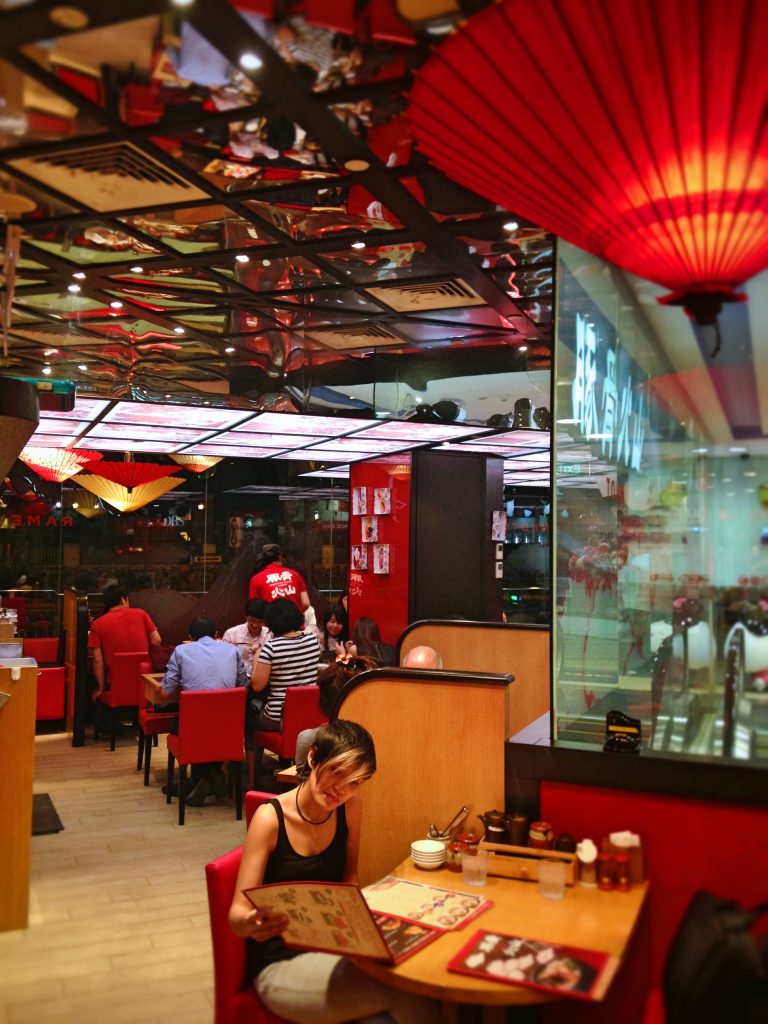 Casual dining has always worked in Singapore, especially if you select a decent mall. The interior of Tonkotsu Kazan was festively red, and exuded a lively atmosphere. We were here on a public holiday eve and there was a queue forming after 7pm.

Upon entering, the servers would shout the usual Japanese greeting “irasshaimase (いらっしゃいませ)”, and be warned that one particular server has exceptionally strong vocal support. He could try out for opera singing if the F&B line doesn’t work out. Don’t be shocked to hear this booming voice in the middle of your meal, as the shop is small and the sound bounces off the walls easily. I was sceptical when my gyoza-obsessed friend wanted to try the fried gyozas here, but it turned out surprisingly good. The exterior was crisp and the insides weren’t soggy or overly dry. For me though, any ramen restaurant’s chashu (sliced pork) has to be tested. Sad to say, the chashu turned out quite tough and droughty. Dipping it in the soup later on didn’t help much either. The signature kazan ramen is served in a 400 degree hot stone bowl, then covered with the red funnel thus producing an explosion of steam from the top like a volcano. It doesn’t do much to enhance the flavours, but it does create a spectacular Instagram moment.

After 1 minute, the server removes the cover and you have to stir your ramen quickly if not the hot stone will burn your noodles. We tried the spicy miso Kazan Karamiso ($15/$18) seen in the previous picture, and the Kazen Kaisen-shio ($15/$18), a seafood laden tonkotsu broth.

The home made ramen noodles are made thicker than usual so it doesn’t get soggy so fast. The noodle texture is bouncy and has a semi-firm bite to it, giving quite a pleasant taste sensation.

The original tonkotsu stock broth is also flavourful and you can see the soup takes hours of boiling to extract the deep pork bone flavours.

Strangely though, the kazan ramen comes with a bowl of rice, which in my opinion is overkill on staple carbohydrates. Noodles AND rice in 1 meal? The noodle quantity itself was already quite a huge portion, and I couldn’t finish both the ramen noodles and the rice. I gather that the restaurant wants its guests to walk out full, but this was way over the Asian stomach capacity.

Some people might share a large bowl of ramen since it comes with rice, but I think that works counter-intuitive to the restaurant because guests would spend less in the end, whereas they would have been perfectly fine paying for 2 individual bowls of ramen at this price range. Matcha Shiratama with Ice Cream Ice Kazan ($8).  Showing off yet another volcano concept dish is this ice kazan, which has dry ice in the centre spouting out icy smoke. The shaved ice is dressed with matcha syrup, ice cream, azuki red bean and condensed milk.

You also find little japanese dumplings (shiratama) that are typically eaten with azuki red bean. The dessert’s matcha syrup was a tad sweet and lacked sufficient matcha taste, but I really liked the azuki, ice cream and shaved ice combo.

Tonkotsu Kazan is quite an affordable ramen and gives noodles enough to feed an army. If you ever find yourself starving, or you just really love ramen on its own, check out Tonkotsu Kazan Ramen at Liang Court.